You are here: Home / Diary / I Helped My Human Assemble an Inversion Table! 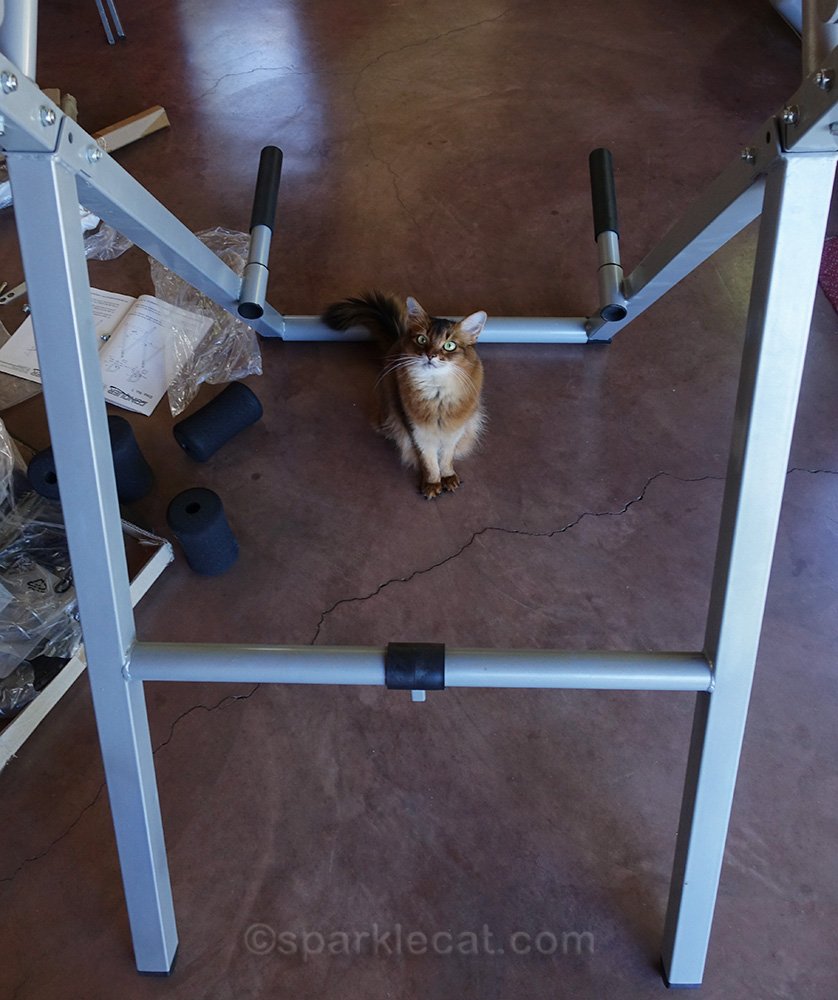 A really long time ago, my human bought an inversion table. It’s also a mini exercise gym. The only thing is it needed assembly. And my human, thinking it was going to take a long time to put together, left it in the enclosed patio until she was sure she had time for it. That was nearly a year and a half ago. Finally (when she is actually busier than ever) she decided to assemble it. Of course I helped. 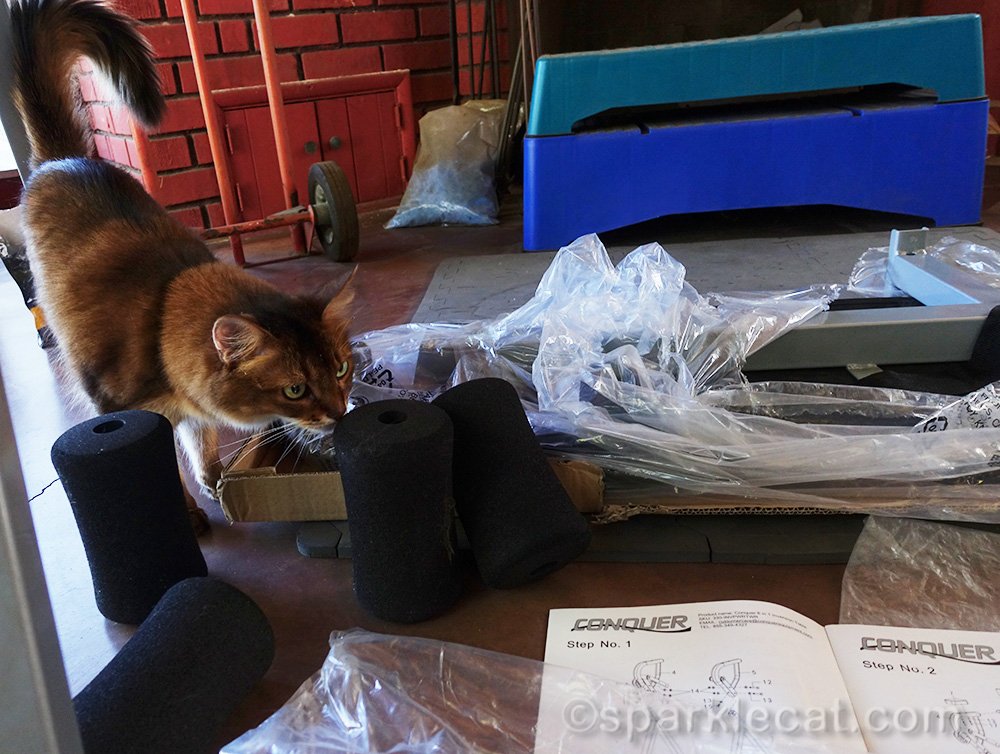 Fortunately nearly every thing was still in the plastic, so it wasn’t too dusty. I have to say, I can’t blame her for dragging her feet — there were a lot of parts. 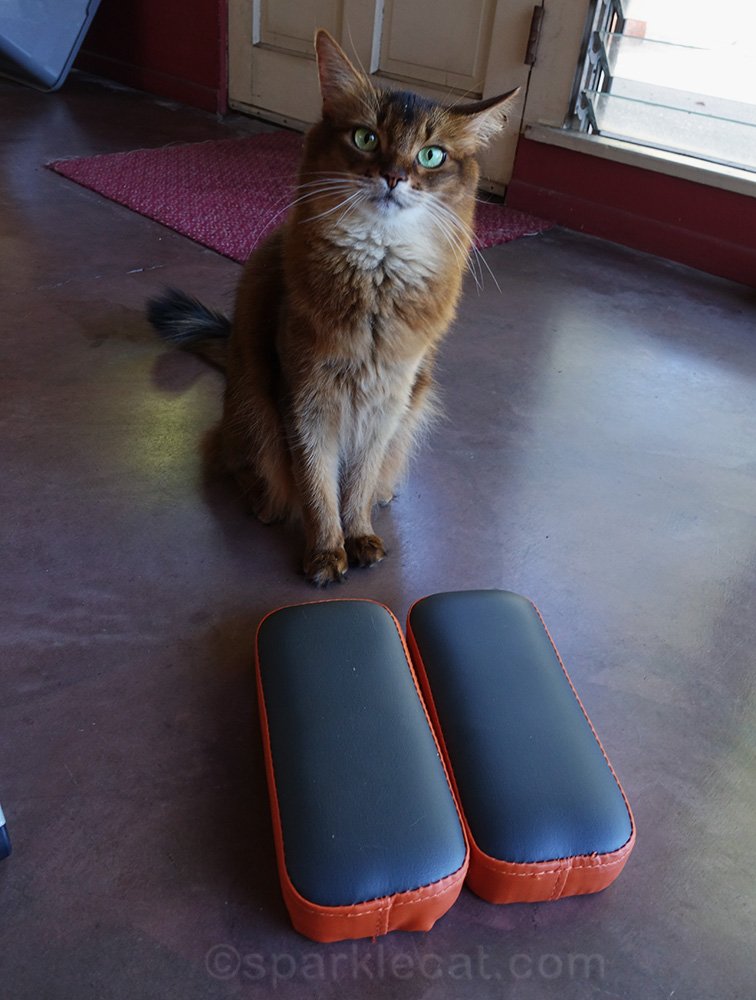 Even though it’s all been sitting around for a year and a half, everything looks brand new! 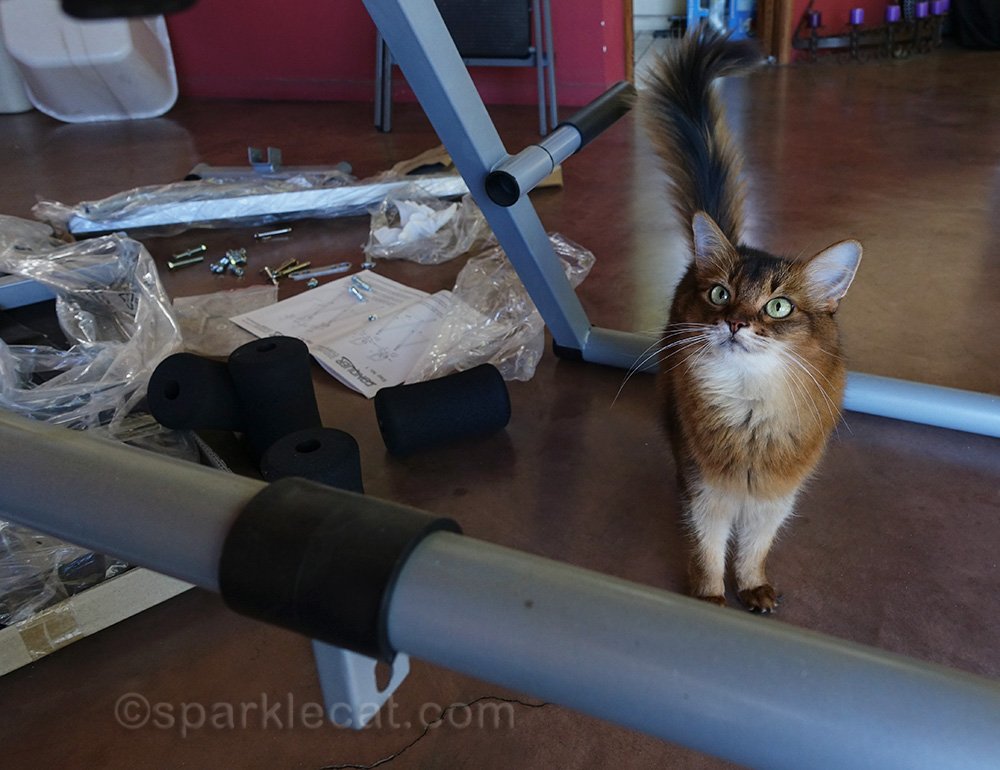 Actually, once my human got started, it didn’t take that much time to assemble. She found a how-to video on YouTube, so that helped, even though it was for an older model. 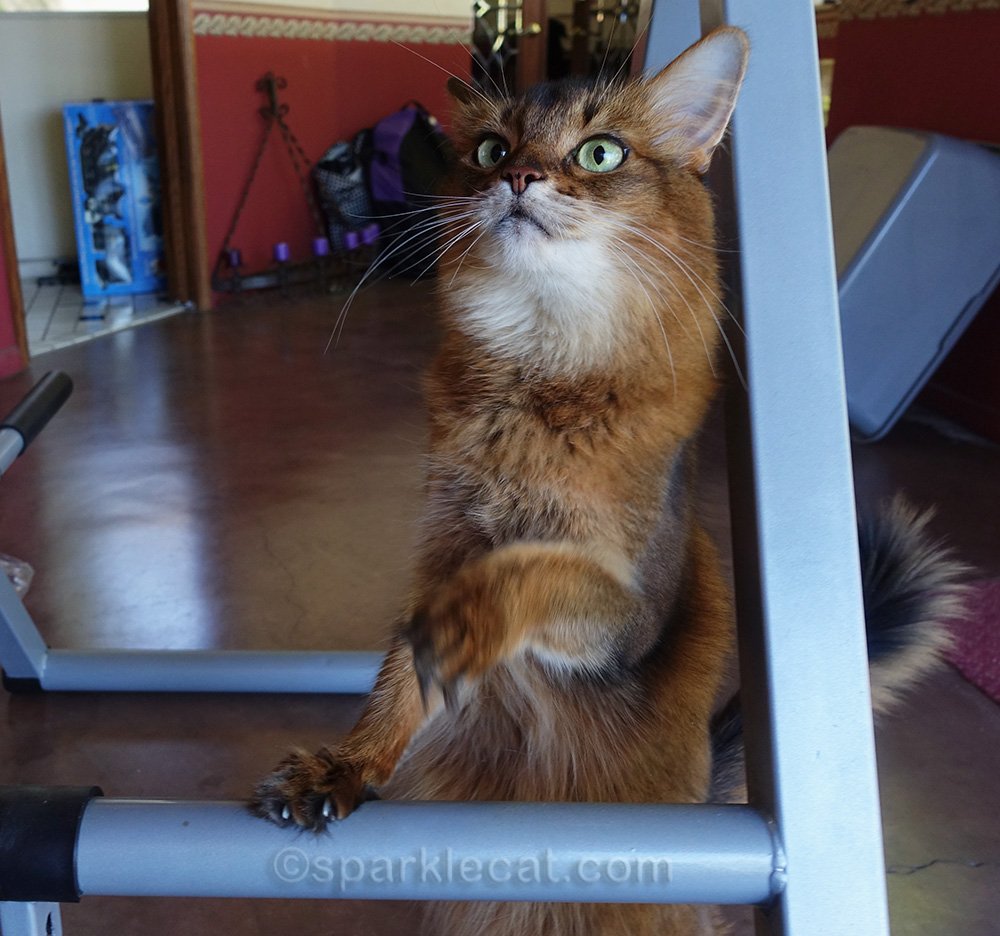 It’s also a good thing I was there, reminding her not to put the nuts on crooked or strip anything. 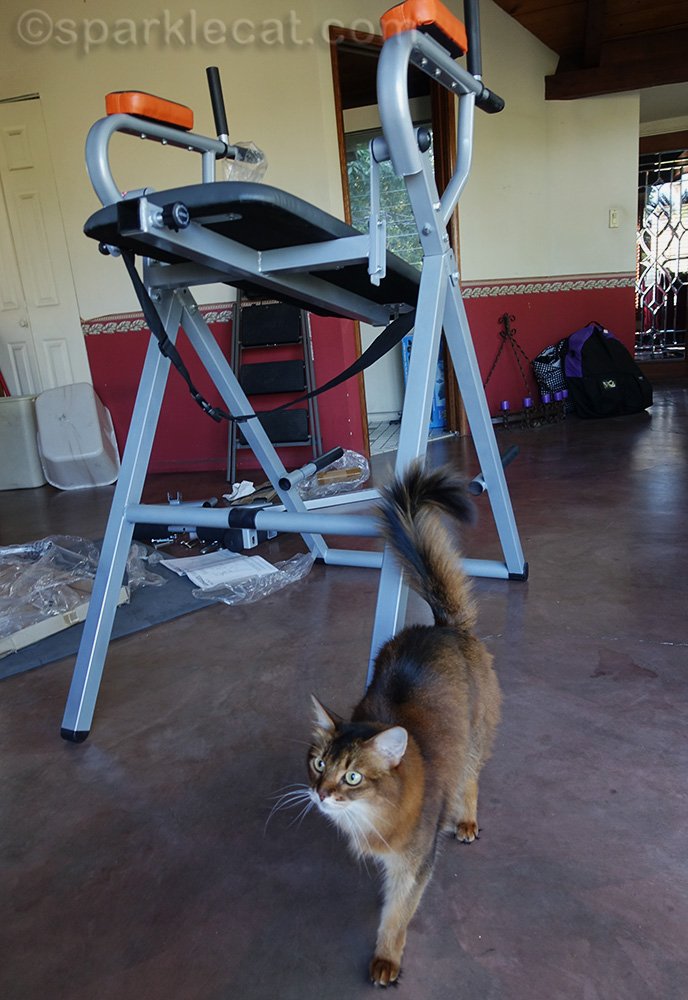 My human made me leave while she attached the back and the metal thing with the footrest. They were heavy pieces and she was worried it wouldn’t be safe to have me around. But I did paw at the door to remind her I was there, keeping a eye on her. 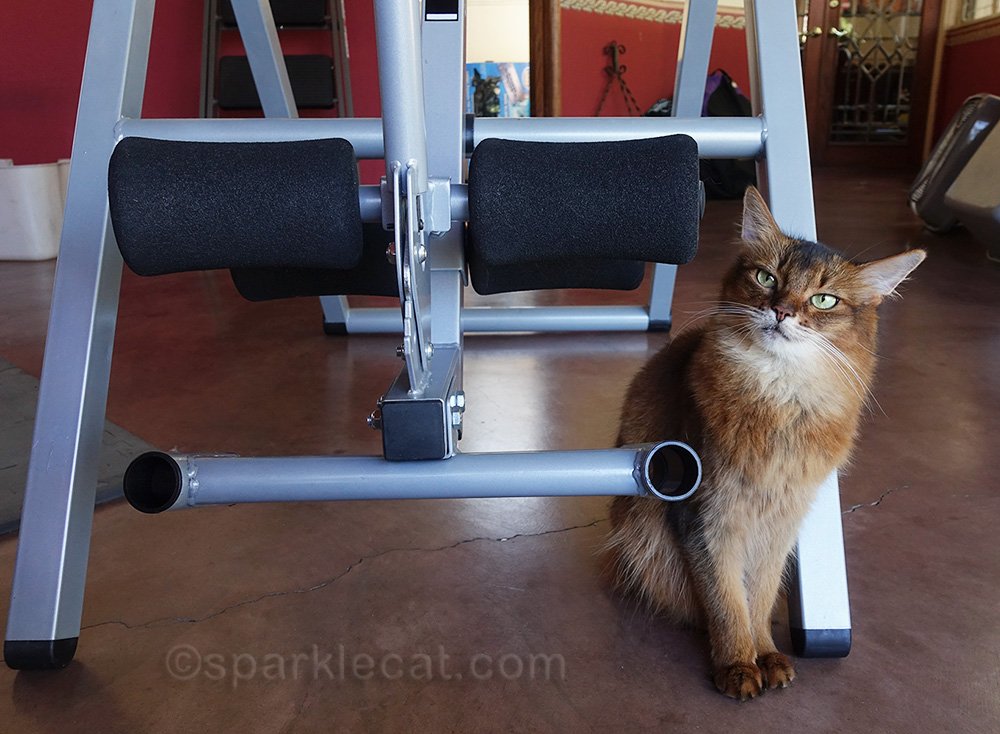 Finally it was all done. I decided it was time for inspection. 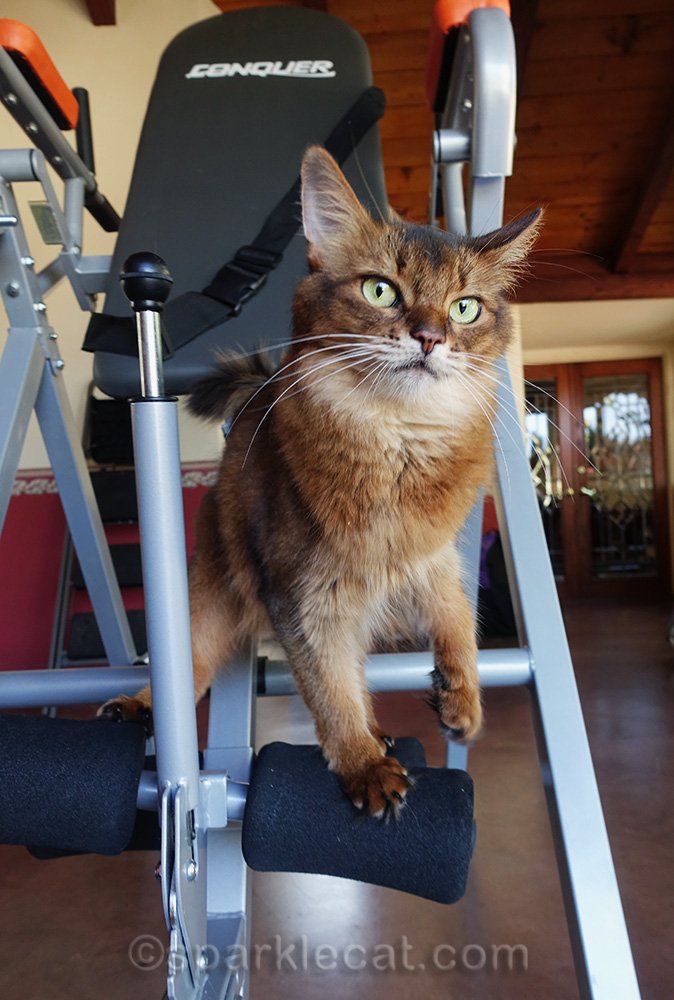 There were a couple of things I think she could have done better. 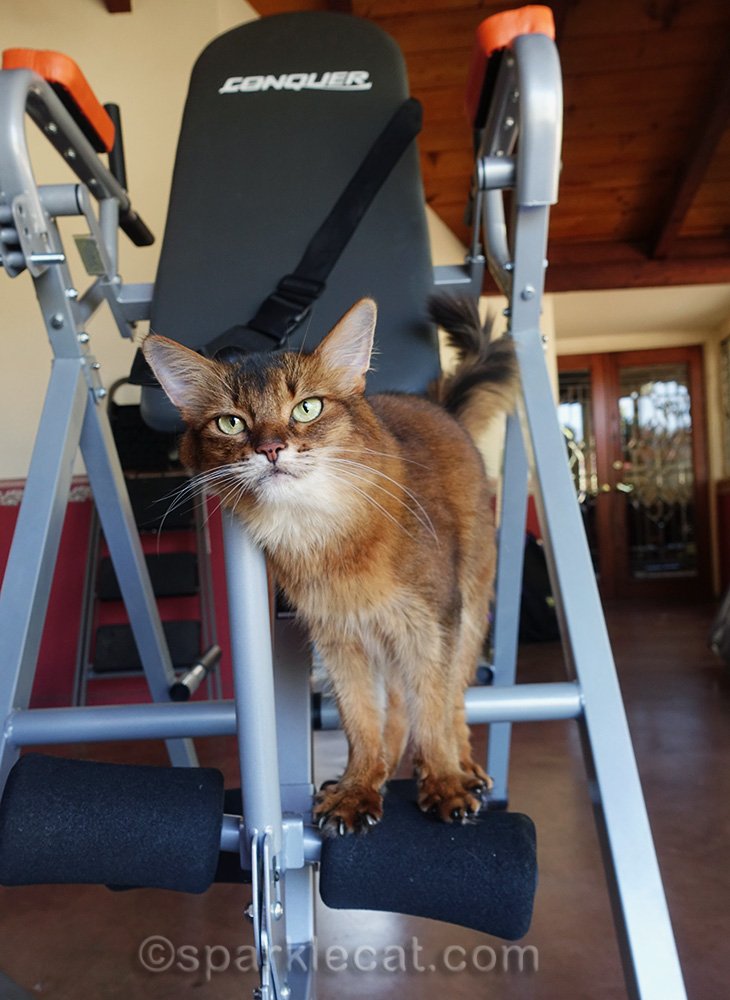 But I still gave it my paw of approval. 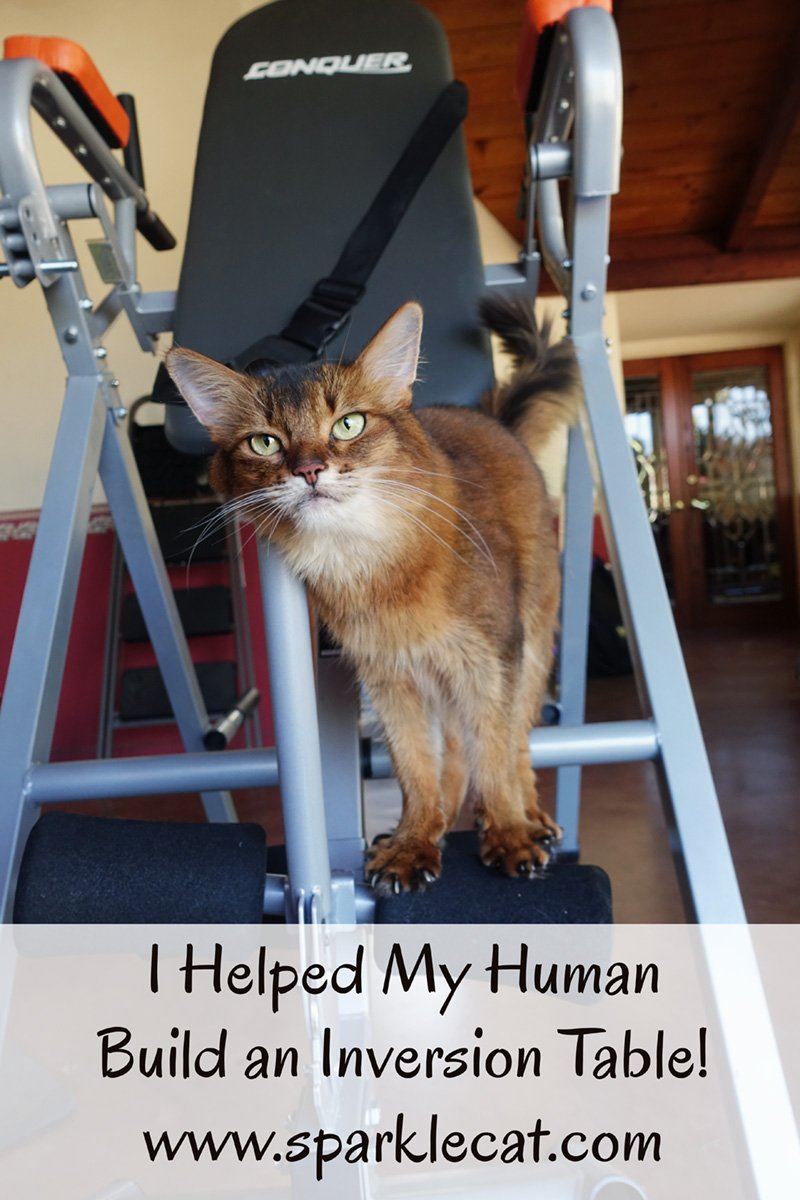