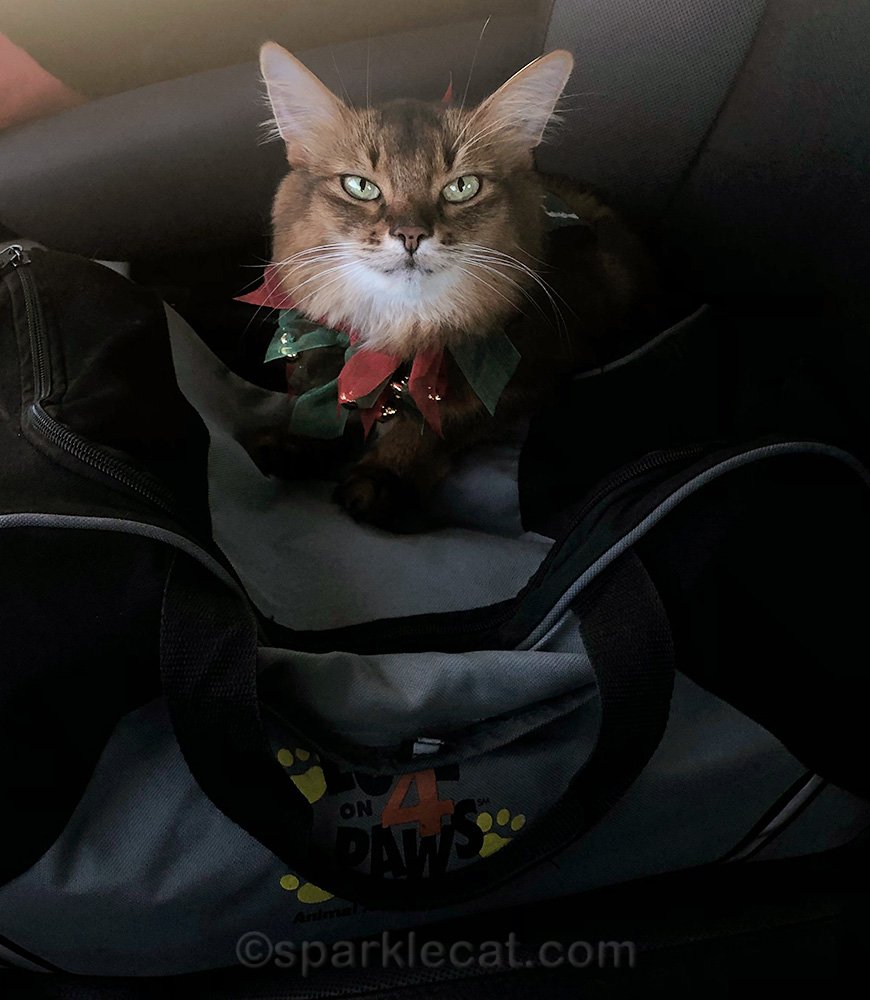 I stopped at one of my regular hospitals for this holiday therapy cat visit. The other therapy cat in the program, Josie also was there. It started off a little different from usual. I went down to the Cancer Center… and there was a holiday party going on! People were eating food and talking and taking photos. So I hung out and visited with everyone. There was one woman in a motorized wheelchair, and even though my human made sure to keep me close when she went by, I wasn’t scared. That’s because I had so much training and saw so much when I was a show cat. I came across a few motorized wheelchairs then too.

After the party, I got down to what I consider the real work. Josie and I went up to Pediatrics and visited a lot of children. The first visit, with a little girl, was kind of sad because she couldn’t touch me! The little girl was quarantined with some sort of sniffles, but she loved kitties and really wanted to see me. So the lady who is in charge of the wing said she could stand in the doorway and pose next to me for photos. So that’s what we did. Her mother remembered me because her son was in the hospital in February, and I visited with him then. I even took photos with him! So now both kids have photos with me.

I visited several other kids too — one was a little boy with a tube in his nose, who enjoyed petting me, and a girl who sat up with me. Her father was talking Spanish on the phone (it sounded to my human like he was talking about a bathroom repair). So when he asked my name, my human replied, “Se llama Summer.” Well, it turned out the father spoke English perfectly well! So my human was able to have a much more detailed conversation with him than she expected. I still think she needs to brush up on her Spanish. Along the way, we visited with a group of the residents who were in the hallway.

I also visited a couple of the grown ups in the East Rehab wing, an older lady in bed with her family visiting, and a sweet, elderly lady sitting in a wheelchair. By that time we were done with the visit! We saw a lot of people, and I spent lots of quality time snuggling and purring with the ones who needed it. And when you are doing a holiday therapy cat visit, lots of people need it. 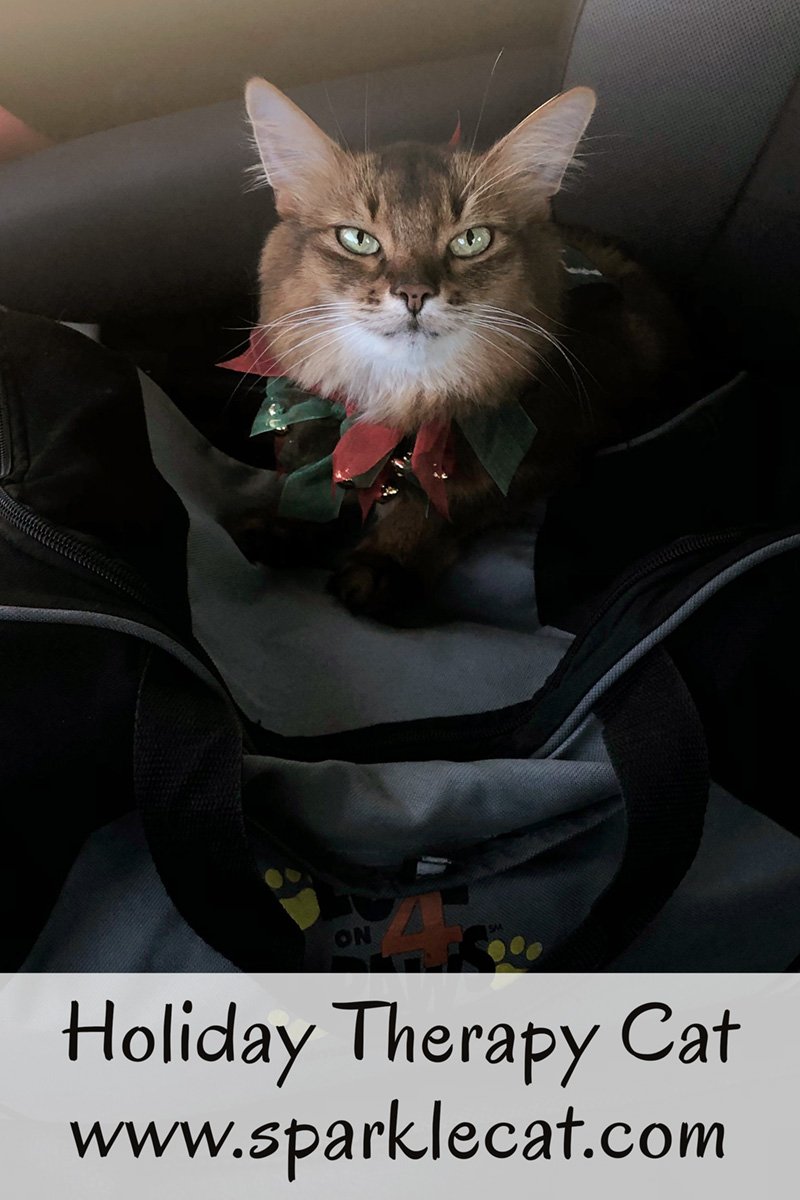