You are here: Home / Diary / Holiday Fashion Foul Up 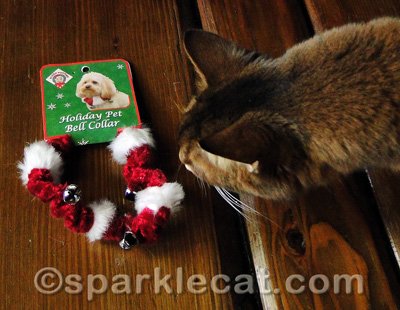 Several years ago my human got a horrible “festive” collar — and then promptly forgot about it. It wound up under a bunch of stuff on her desk and she didn’t find it until recently, when she began trying to clear up the mess that she calls “work.” By the time she found the collar, it was so old, the elastic was gone. 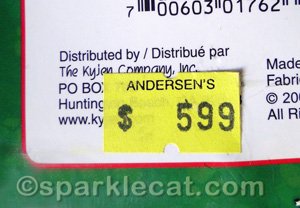 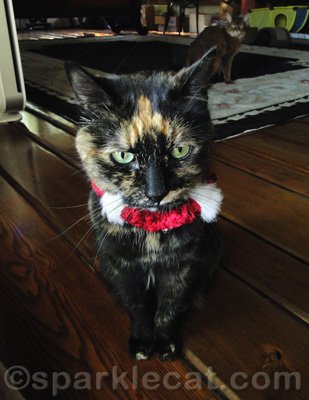 Since it was clearly too big for me, she tried to put it on Binga. Not only was Binga unhappy about this, the collar was too big for her too. 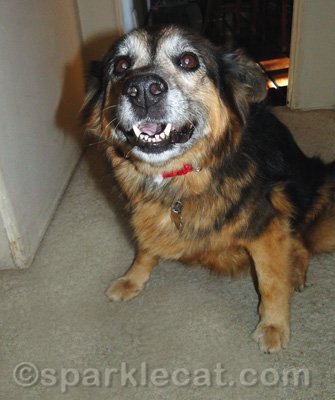 She even tried putting it on the dog, but that was a waste of time because no one could even see it. 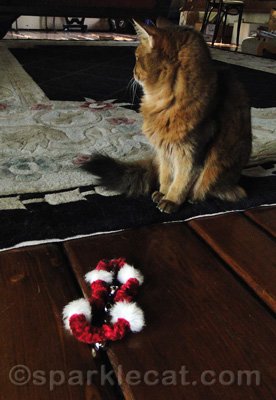 Seeing her dreams of a holiday photo op going to waste, she decided to try to get it on me once more. I pretended the thing didn’t exist. Unfortunately it did exist, and she managed to get it around my neck. 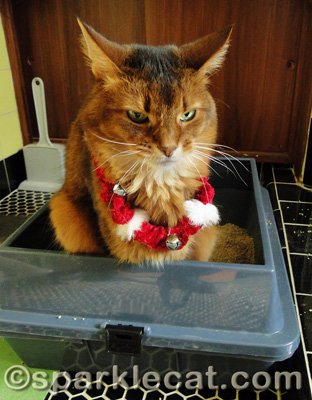 I dashed off and led my human all over the house, only pausing… you know where! Maybe she should put this on a card. 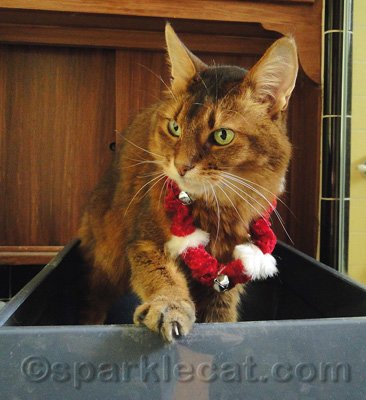 She could caption this one, “Clean up on aisle one.” 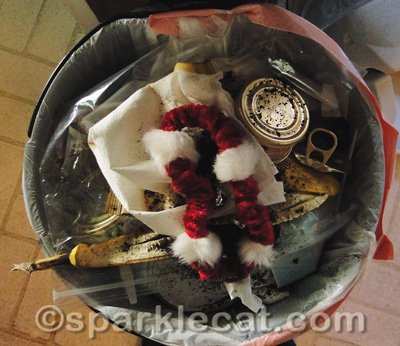 Bye-bye, stupid, misshapen Christmas collar. Don’t let the trash can lid hit you on the way out.