You are here: Home / Diary / High Fives and Head Butts at the Assisted Living Houses 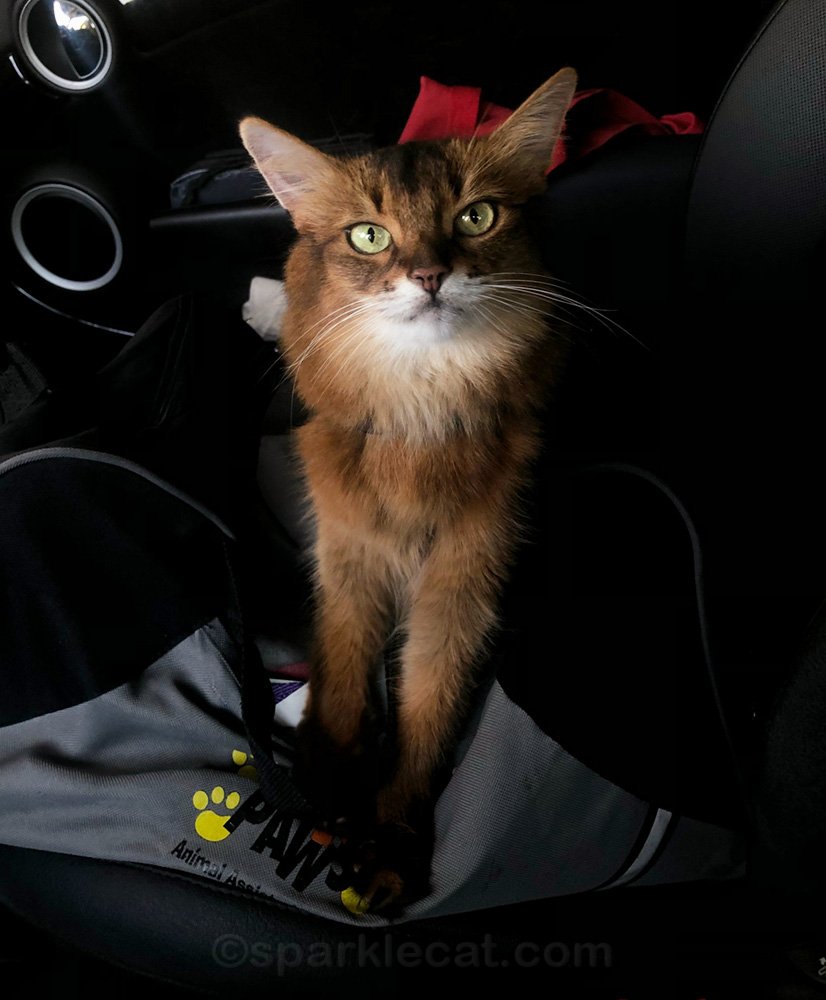 I visited the assisted living residences for the people with dementia and Alzheimers this week. There were some people in the lobby when I arrived so I stopped to greet them before heading to the big room.

Even though many of the residents are having memory issues, lots of them still remembered me! One woman remembered that I gave high fives from the last time I was there, and asked me for a bunch. Of course I obliged her. One Asian man I’ve seen before was so happy to see me, and so was his friend. Sometimes my human has a hard time telling the residents from the visitors, and this was one of them. It doesn’t matter, really. Everyone gets some attention from me.

At this house we do lots of photos. One of the staff members takes them with her tablet. But the residents also have their own phones too. One even had a flip phone to take photos. Of course, there is also the Polaroid that my human has too.

At the second house, there were a couple of really sad women. One of them talked a lot about the kitties she missed, so I leaned into her and let me pet her for a really long time. The other woman needed lots of kitty energy from me too.

One of the big jobs when you are a therapy cat is to know which people need high fives, and which ones need head butts. I think I got it right at this visit. 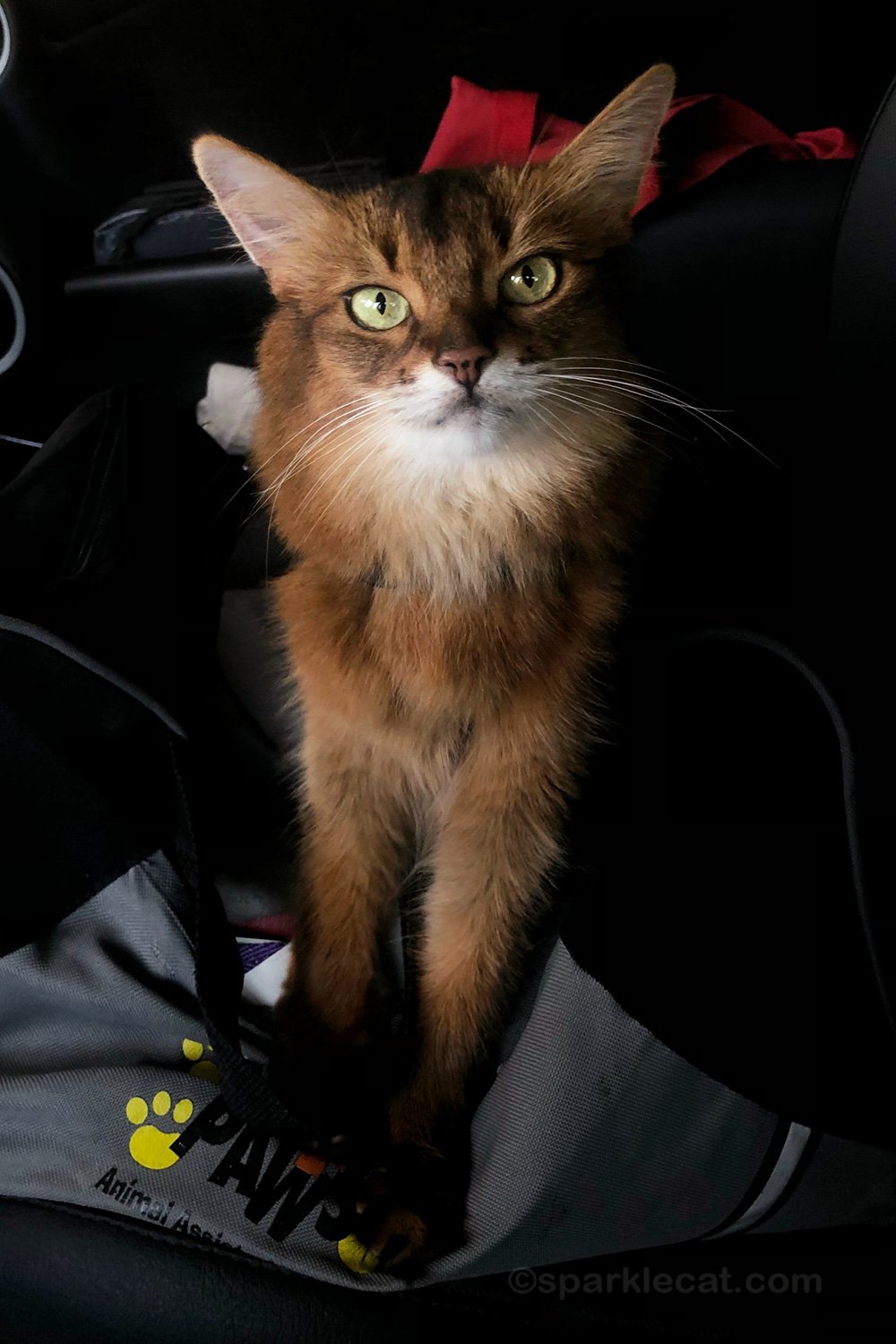