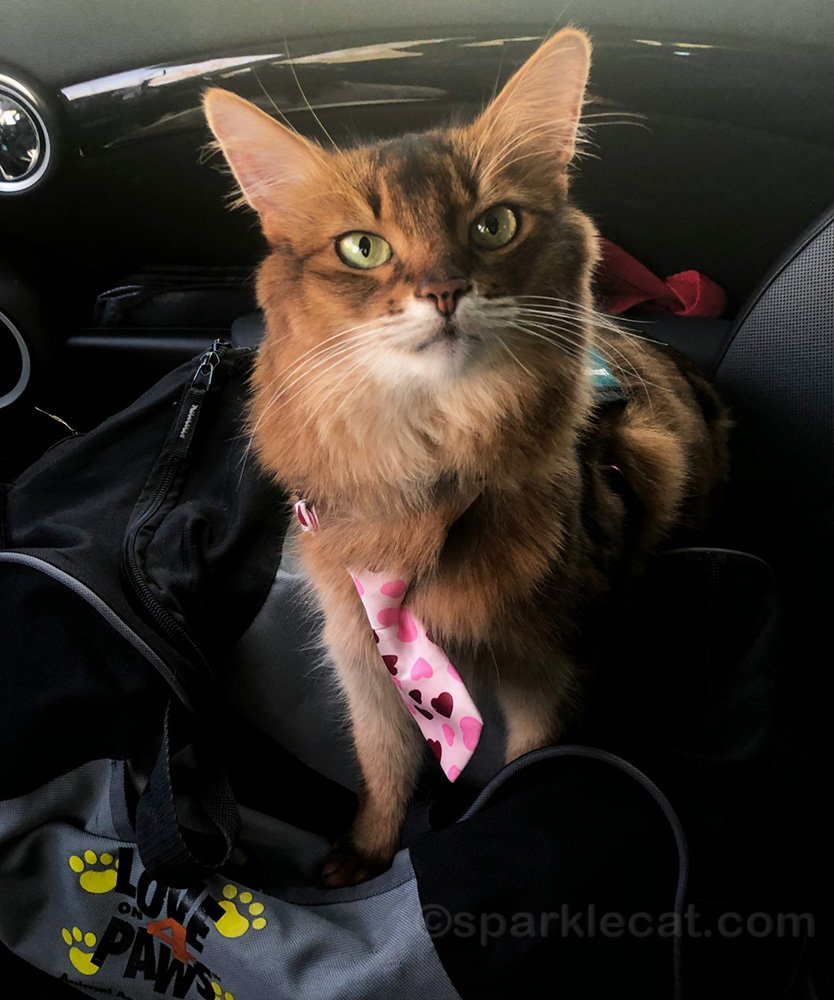 I visited the children’s hospital on this visit. Except for still having to wear masks and security taking my human’s temperature when we sign in, things are almost completely back to normal now.

The lobby was quiet. The first people we saw were a teenage boy and his mother. The boy was one of those quiet, sullen types — but his mom was really excited to see me! While I was visiting with her, another mom saw me and called over her daughter. The girl came loping over on crutches. She had on cute pink pjs, and my human could tell she was missing most of one leg. I didn’t notice because I just wanted to visit.

The exam rooms were as busy as the lobby was quiet. Before we even started visiting patients, we were greeted by several staff members. They were delighted to see me. Most of the kids I saw on this day seemed to be having X-rays, or had their limbs in casts. This isn’t unusual for this facility since it specializes in children’s orthopedic issues.

Everybody whose room we stopped by wanted to see me, and I showed off my high fives to many of them. One of the last patients I saw was a 17-year-old boy who was petting me when the doctor walked in. “I see you are using your arm already!” she said. She gave him and his mother instructions for continued care while I finished up the visit.

Our last stop was in the rehab area. A little boy in the waiting room petted me with his narrow, slender hands. In the rehab, an older girl going through her exercises stopped to say hi to me. She had seen me before and remembered me. A family and a little boy were in a playroom with a physical therapist, and I stopped by there. The mom asked lots of questions about how I became a therapy cat. My human always loves talking about that. Meanwhile, I showed off my high five skills, and I also gave the little boy a high five. He was so happy about that that I gave him a few more. That was fun!

It was a high five kind of a day. 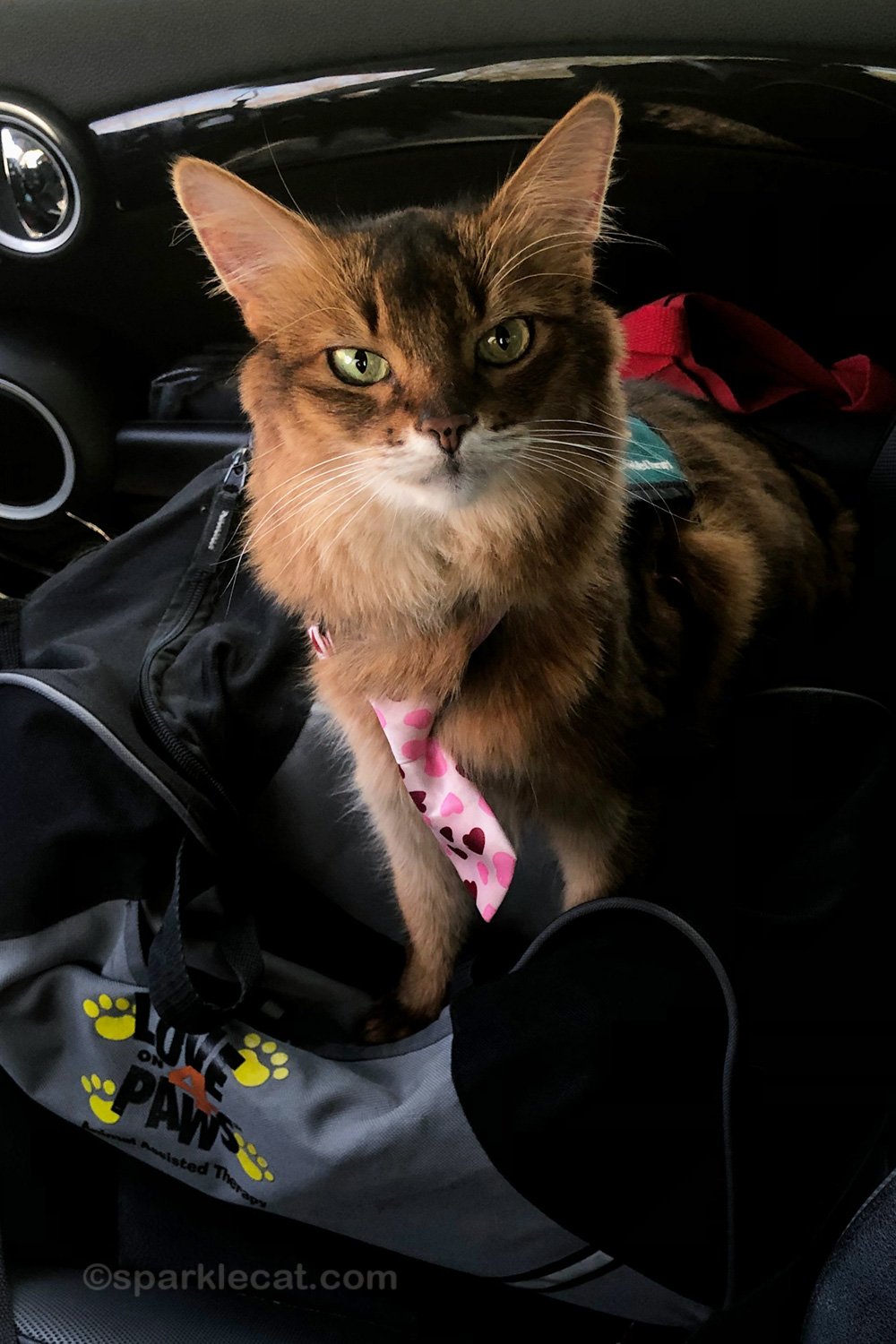