You are here: Home / Diary / Help Me Choose a Halloween Costume! (Poll) 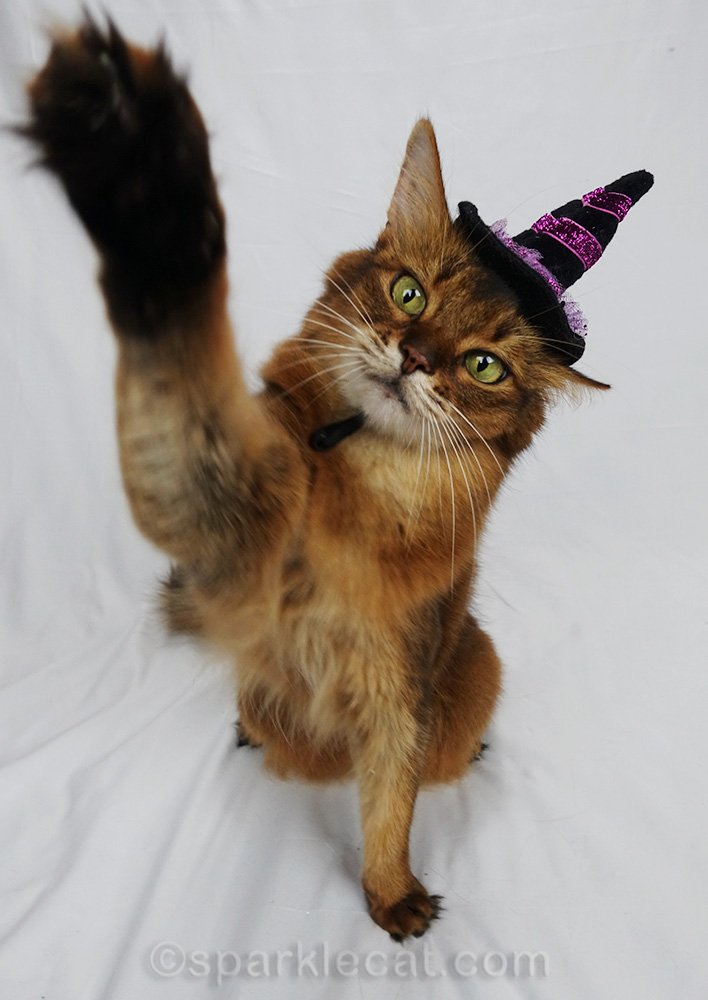 I know it’s still early in the season, but so far, I haven’t been happy with the choices for Halloween costumes at the pet stores. So I went to Chewy because I heard they had a big selection there. Which is true, but I still wasn’t all that excited about their inventory. Nevertheless, I did pick out five from there that might have potential. But I’m not going to pick one out — I’m going to leave that to you! I’ll show them to you and, then you can help me choose a Halloween costume in a poll. So let’s get started — you can click on the links to find out more info if you want! 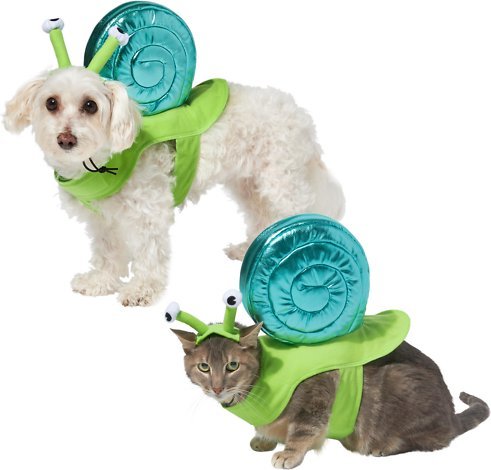 The Snail
I’m willing to bet that the head piece will be too big for me, but there’s only one way to find out, and that’s to try it on. 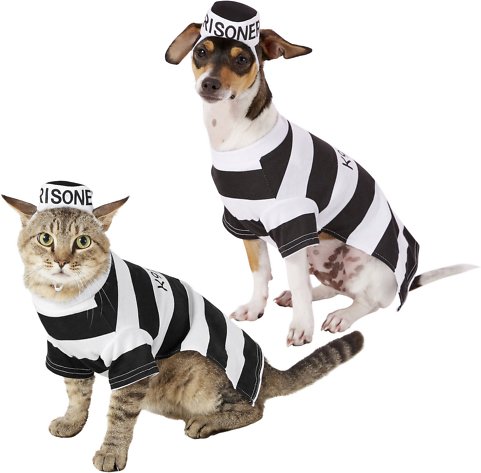 The Prisoner
Honestly, I really think this would have been the perfect costume for Binga. I’m not so sure about the ID numbers “K9INM8” printed on it. But you tell me what you think. 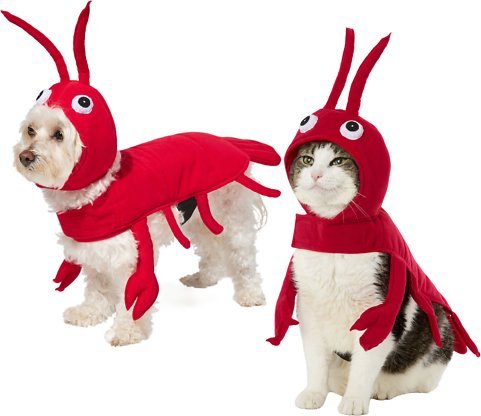 The Red Lobster
One thing I can definitely say in this costume’s favor is that the head is separate from the body, which makes it easier to wear. Although once again, I wonder if the head part will be too big for me. 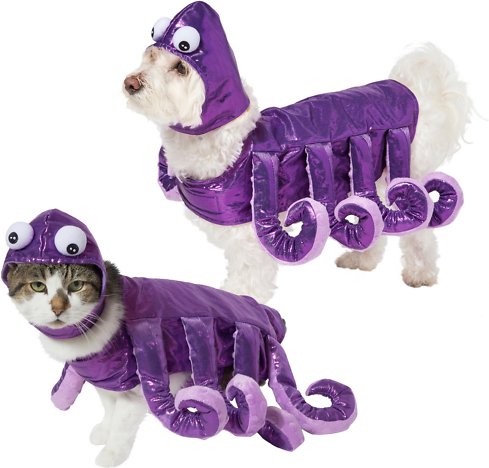 The Octopus
I think this would be more fun if the arms worked! I have a sneaking suspicion it might be as lifeless as that spider costume from last year. But yeah, you tell me! 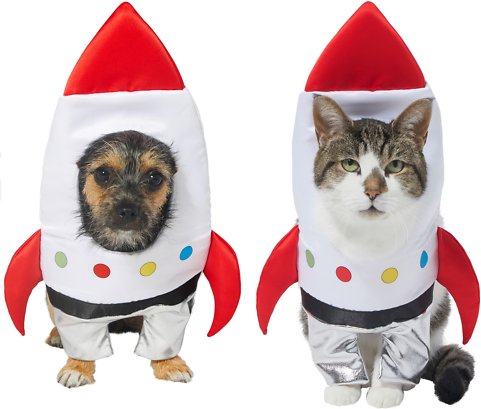 The Space Ship
I think I would have rather have been an astronaut! But I guess this would do.

As you can tell I am a little dubious about these costumes, but they really are better than anything I’ve found in the store so far. And I know I could definitely rock them better than the models in the photos.

Now here’s your chance to vote! The poll is open until midnight, Pacific Time, September 21. And my human will buy the winner for me… unless the last choice gets the most votes. Then we may have to rethink this.

Which Halloween Costume Should Summer's Human Buy for Her?

If you see anything you like better, let me know in the comments below!

Note: The Chewy links in this blog post are affiliate links, so if you click on them and buy something, I will get a small commission… if I ever hit the minimum payout. 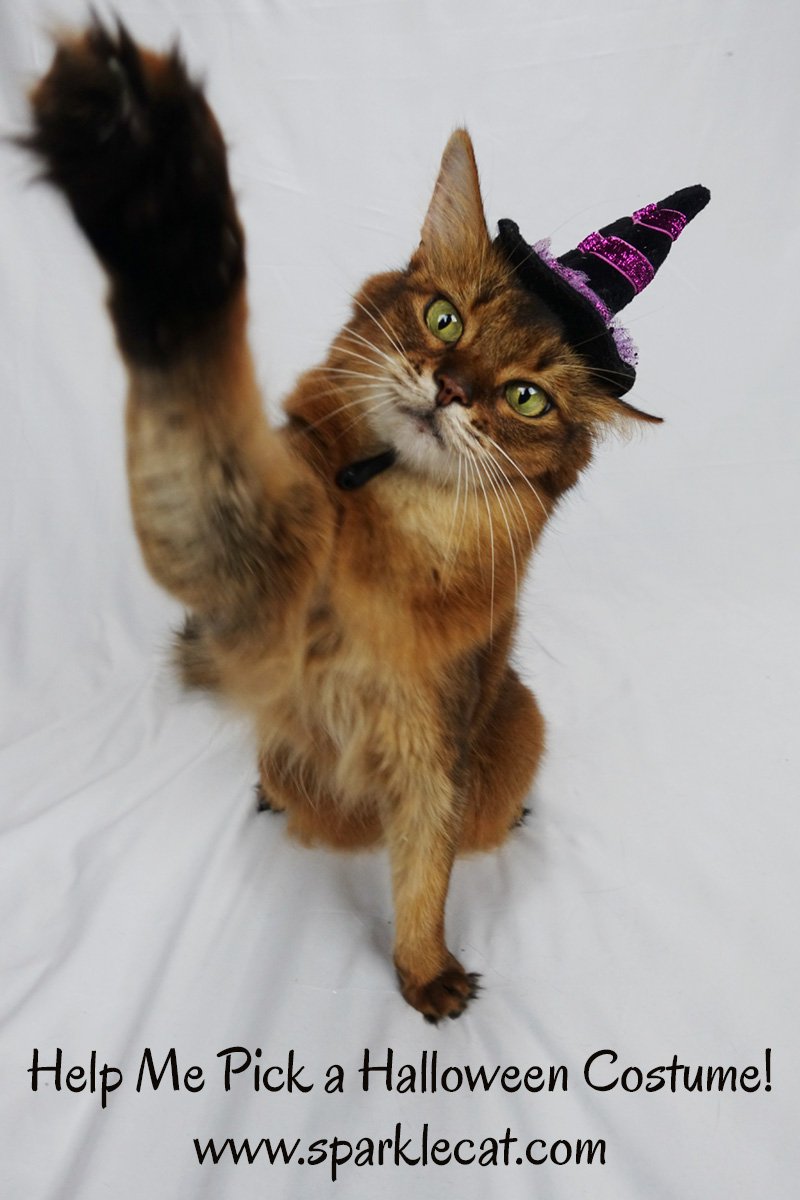