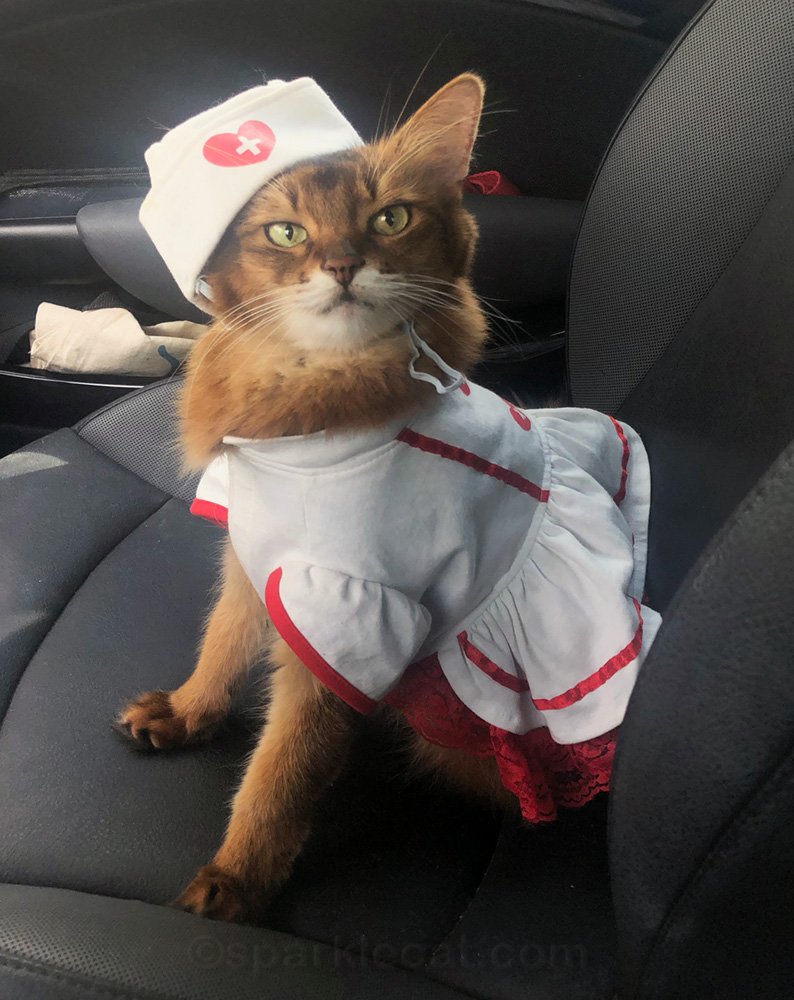 Last week my human wanted to schedule some therapy cat visits for me, and she crossed her fingers (hard!) that Halloween was open at the children’s hospital. And it was! So she snagged the spot for me immediately. Because what could be better than a therapy cat showing up there in a nurse’s uniform on Halloween?

I started working even before I signed in. There was a line at the check in desk, and a mom and little girl with her arm in a cast were really excited to see me. They would have been even without my costume because they were big cat lovers! When we finally signed in, the security woman behind the desk told us there were patients in surgery, so we visited there first.

The nurses in Surgery love me anyway, but they loved me even more in the nurse’s outfit! After posing for photos, I stopped by one girl who had braces on her legs. She was delighted I was there, and the feeling was mutual. I made happy paws on her blanket, gave her a high five, and purred lots. Her dad was nice too, and he even asked what breed I was. I don’t get that question from many dads.

The other surgery patient was sleeping, so we headed back to the exam rooms. That was fun because a lot of the staff there had costumes on! Several of them wanted photo ops too. And of course there were lots of exam rooms to visit. One boy was in a wheelchair with his leg in a cast. Usually I’m not very good with people who are sitting, but I actually stayed in the boy’s lap for a long time while the parents and my human took photos. I visited most of the other patients on the exam tables.

After giving out lots of high fives in the exam rooms, I visited with a family in the lobby and it was already time to leave.

What a fun day! I’m so glad we got to do Halloween. 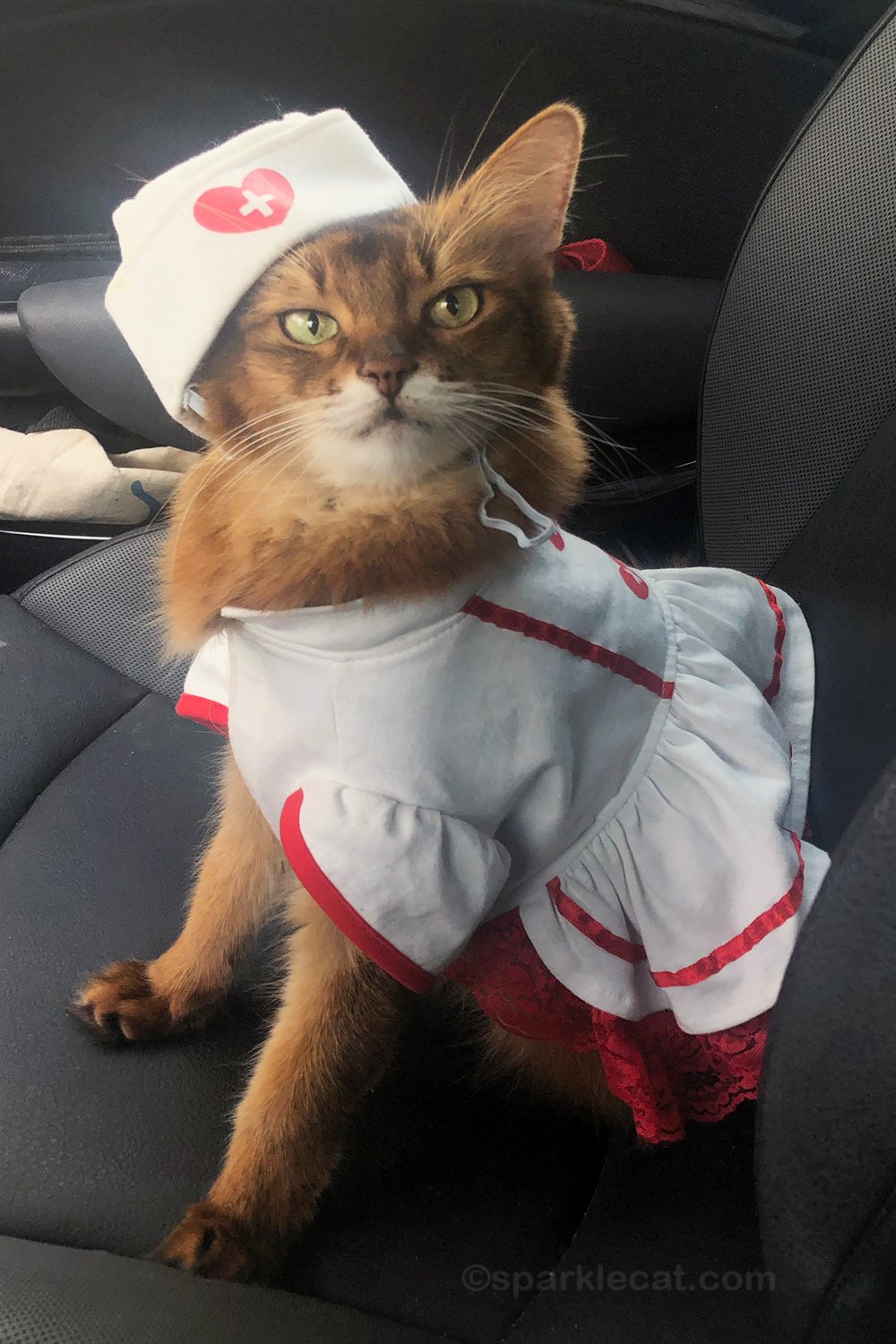