You are here: Home / Diary / Get Ready for Cat World Domination Day! 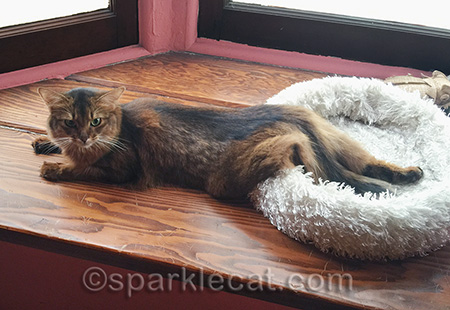 You’ll have to excuse this photo. It was humid yesterday, which never happens here, and I melted right out of my cat bed. So it was kind of hard to look lively, even though I have exciting news to report! 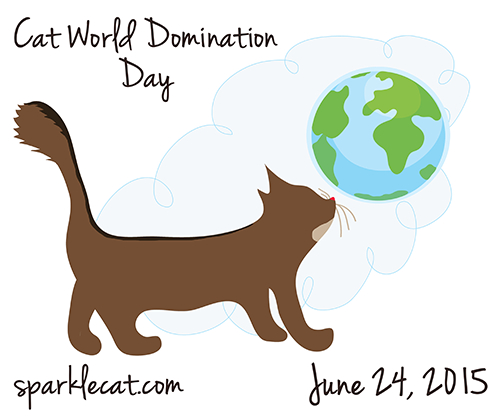 As many of you know, one of Sparkle’s fondest and most popular legacies was Cat World Domination Day (which was also her birthday). Since I’m more easy going and not quite as passionate about World Domination (I mean, we already won that battle anyhow), we are going to continue celebrating it on Sparkle’s birthday and not mine. Which means it is coming up fast — it is Wednesday, June 24, two weeks from today! Above is the banner if you want to post it on Facebook or make a Cat World Domination announcement of your own. Below is a smaller badge if you want to put it on your sidebar. Grab either one, if you want! 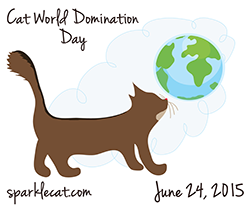 I have some fun and awesome things planned for you! I will be doing my BlogPaws swag giveaway that day — and I will also have a surprise or two planned! 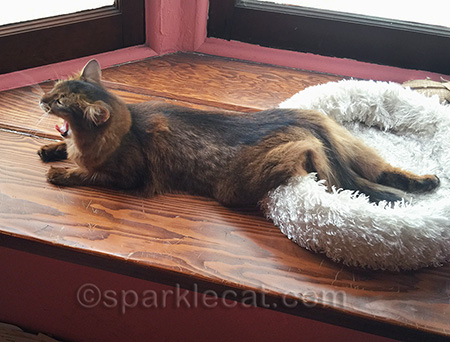 My human is working on the menu I gave her right now! Which is a good thing because I’m having trouble getting up with this hot, damp weather. But don’t worry, I’ll get to work soon too! Binga’s also very excited about Cat World Domination Day. 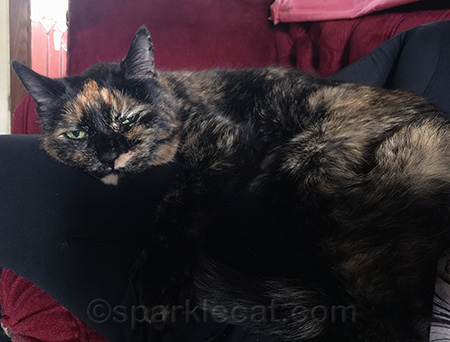 Or she will be once she gets up!