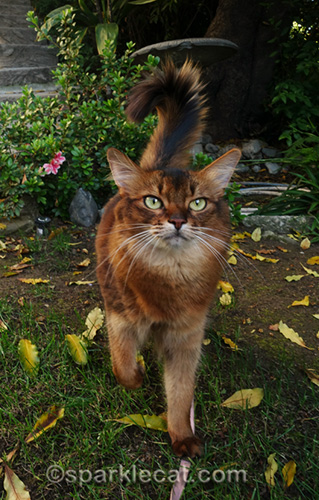 My human and I went out front so I could try on some clothes for my upcoming trip (more on that in a couple of days). But I also took a break to enjoy the front garden. I may look like I’m walking in this photo, but I’m not. I’m actually standing there, making happy paws! That’s how much I was enjoying my garden time. 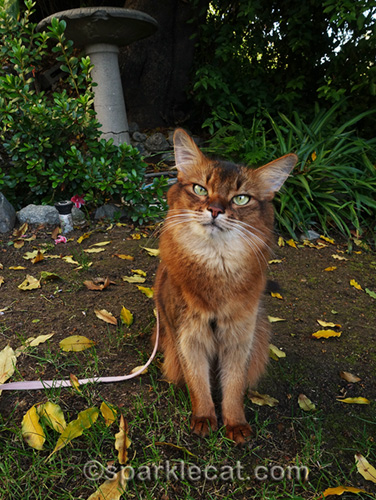 I don’t get out front anywhere near enough. I used to be a little bit scared of the street noises, but I’m not anymore. My human just noticed that the birdbath behind me (which has been here since before she moved in) is broken. That makes her sad, even though she never used it. 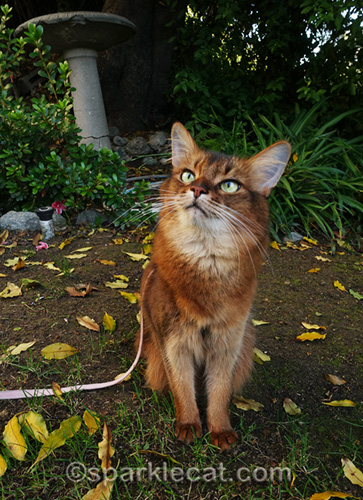 It kind of bums me out too, because even though I like to watch the birds out here, they are kind of far away. It would be nice if they had a reason to come down here. 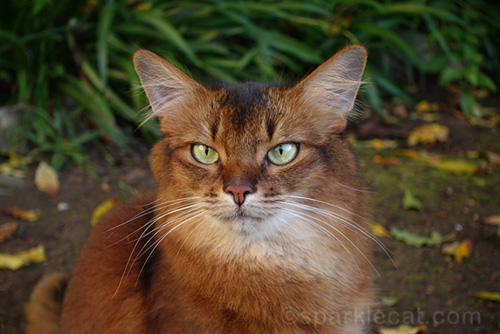 My human also took some portraits of me while we were out there. 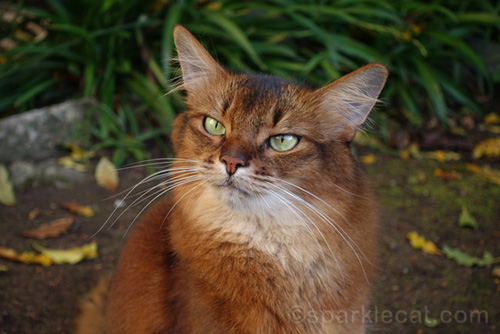 Here is another photo with my head at a slightly different angle. 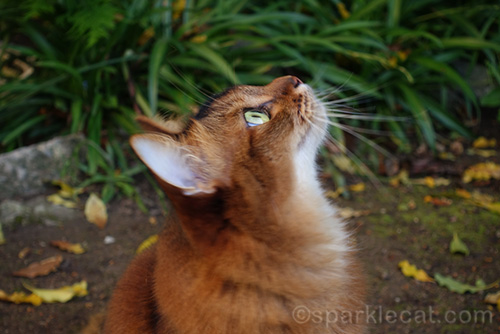 And… oh, more birdies! I really do wish that birdbath was working.

I hope you enjoyed my garden time almost as much as I did!