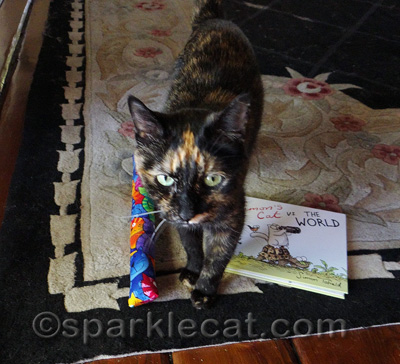 I don’t know if you could tell from yesterday’s blog post about the Simon’s Cat and Kitty Kick Stix winners, but we had lots of outtakes! I thought you might enjoy seeing some of them, beginning with this one of Binga. My human set out the book and toy and Binga started bombing the set even before I was there! 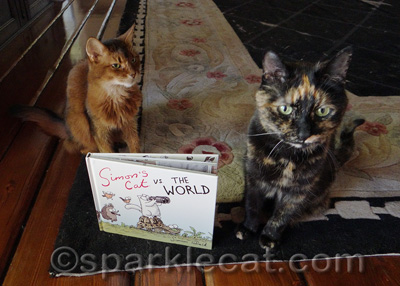 I couldn’t seem to shake her, either. Do you see how annoyed I am? 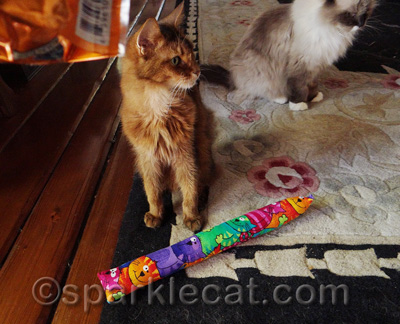 Here is a little secret revealed: sometimes my human bribes me with my favorite treats for photo shoots! Except it wasn’t working here. Even Boodie was looking elsewhere. 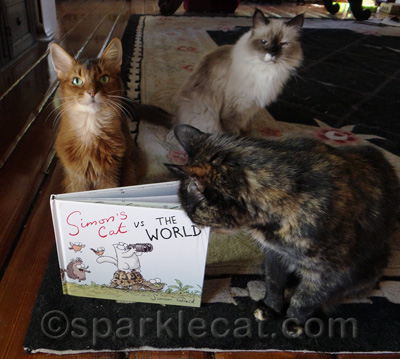 It is really hard to pose in a crowd of photo bombers, but I was trying! 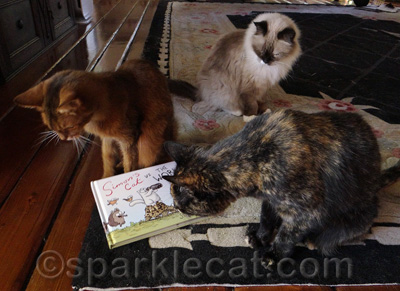 At least I was trying until Binga shoved the book on my paws! That was the end of the photo shoot.