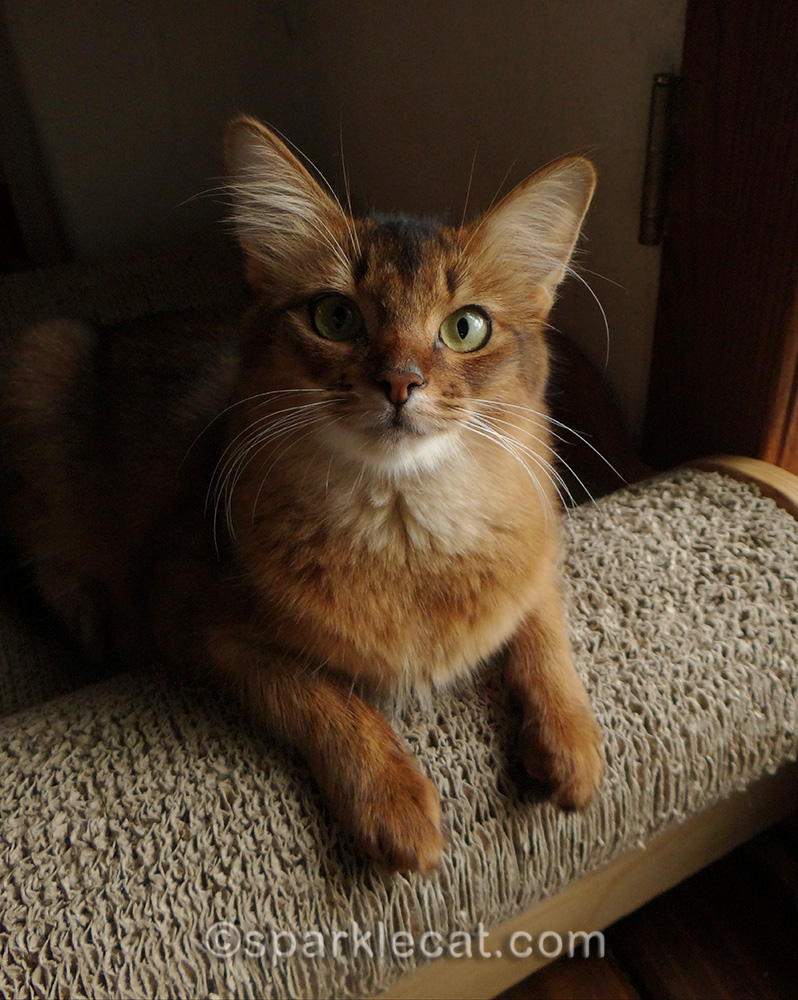 Can you believe this is my fifth holiday season? My first was in 2014 when I was just 9 months old, so I thought I would take a look back. That was one year we didn’t have a tree, but there was lots of other stuff going on! 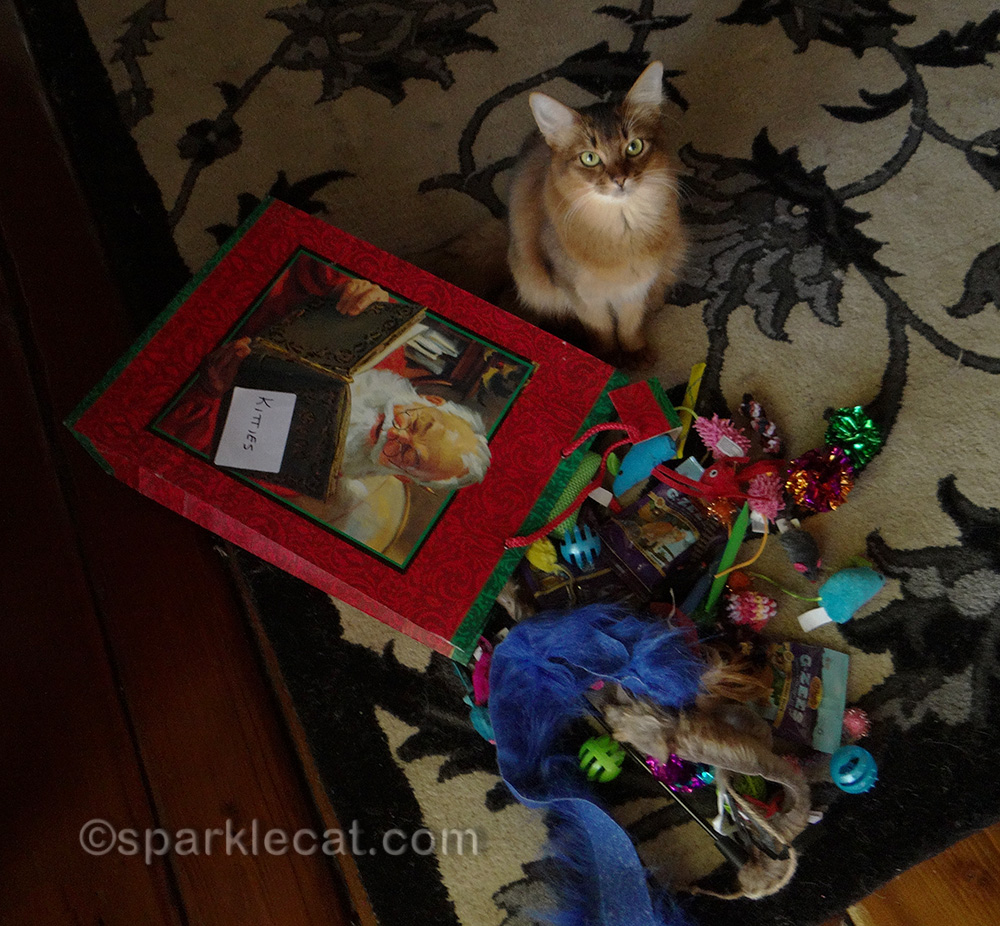 That year, I had the Santa Kitty Toy Hop! I decided to have an event where blogging kitties put together a bunch of toys and gifts for their local shelters. It was a nice success and lots of fun! I should do that again. Maybe next year! 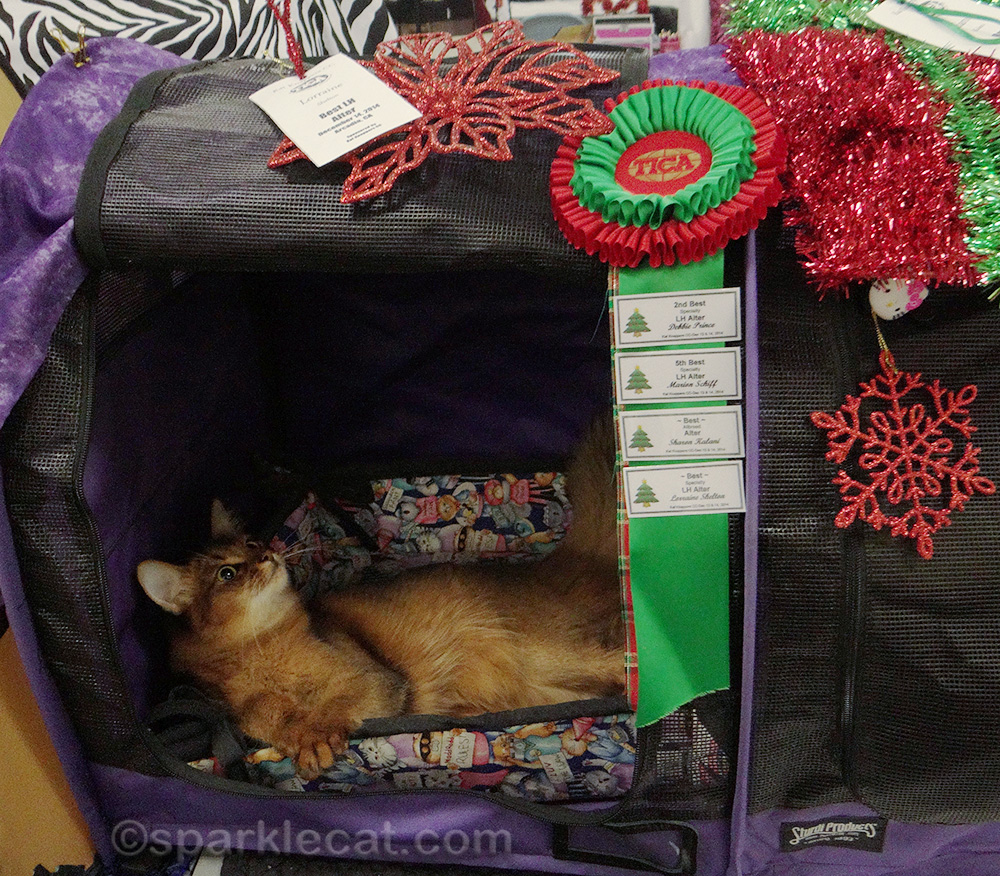 I was still competing in cat shows back then. In fact, I had just begun competing as an altered adult cat. There was a fun Christmas show I went to, and I had several finals. In fact, I got a Best Longhaired Alter and a Best Allbreed Alter that show! 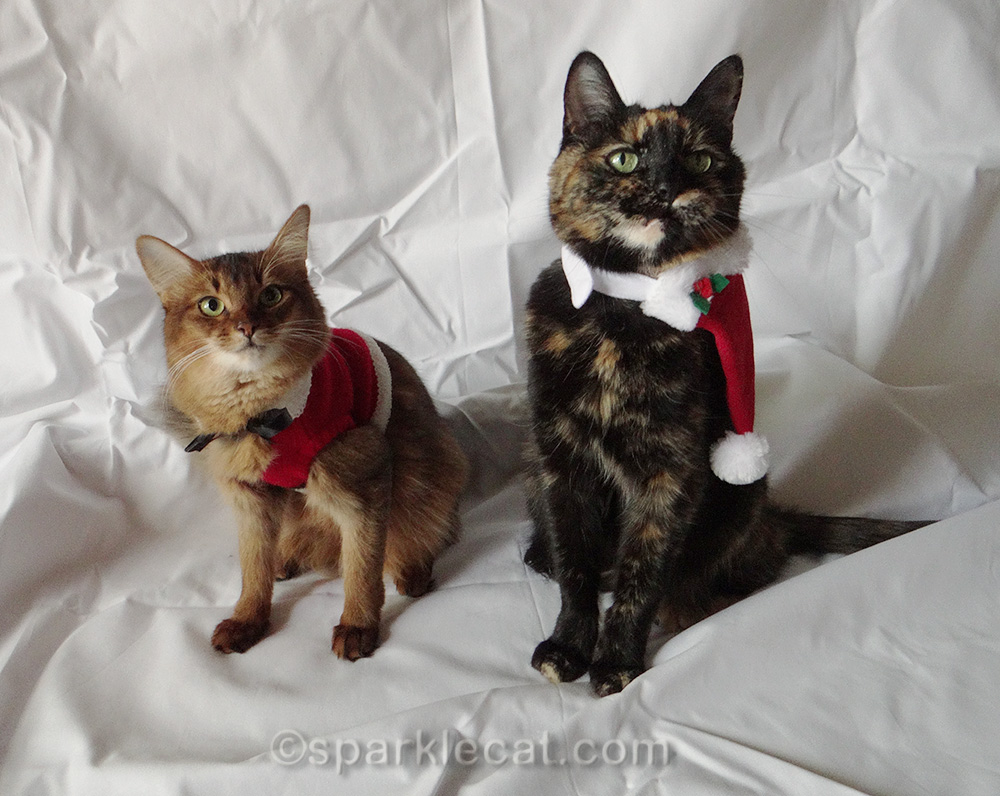 I was also starting to do photo shoots, like this one with Binga. Except one of us seems to be having a wardrobe malfunction. 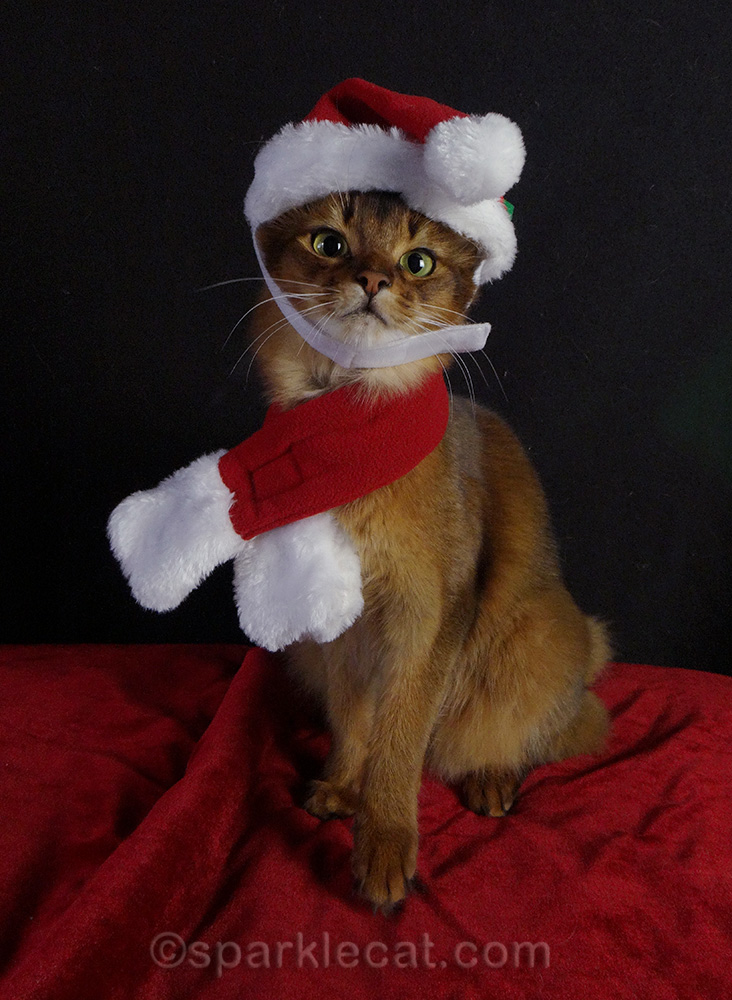 Even back then, I did better posing by myself!