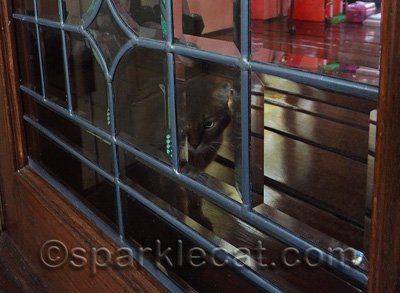 When my human’s boyfriend is out of town, a human comes by to walk the dog and give her extra attention. She is not supposed to bring things here. But that is exactly what she did the other day! She said it was in the middle of the street. I heard my human saying that it was cute and to put it in the should-be catio (although she just called it the “enclosed patio”) until she was done walking the dog. So of course I had to go look and see what it was… and it was horrifying! 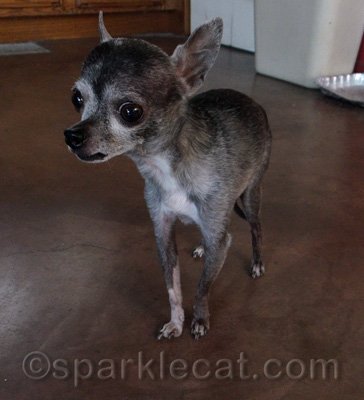 Isn’t that the creepiest thing you ever saw? I think it was from outer space! 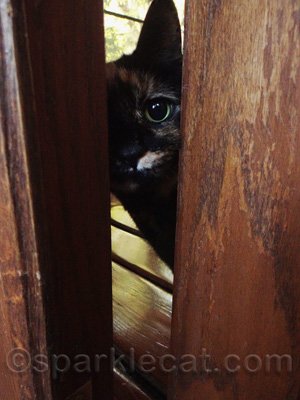 Binga was scared of it! She took one look and ran away, even though she is at least three times its size! 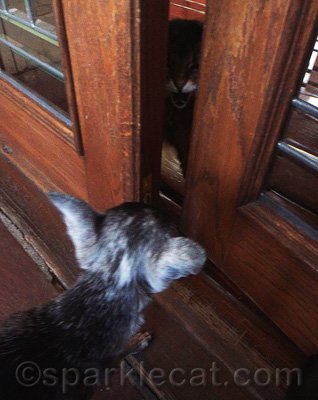 I was not scared of it at all! I was ready to show it who was boss by hissing and whapping at it! My human told me not to be mean, but how else was this thing going to know who was in charge if I did not give it the swift smacky paws of doom? Luckily for the little pipsqueak I was not allowed to get too close to it.

The dog walking human took it home overnight, and found where it lived the next day. It turned out that its house was nearly a block and a half away from us! Surprisingly, the humans who it lives with were overjoyed to have the creepy little thing back. I was overjoyed that it did not stay here!