You are here: Home / Diary / I Found My First Lizard! 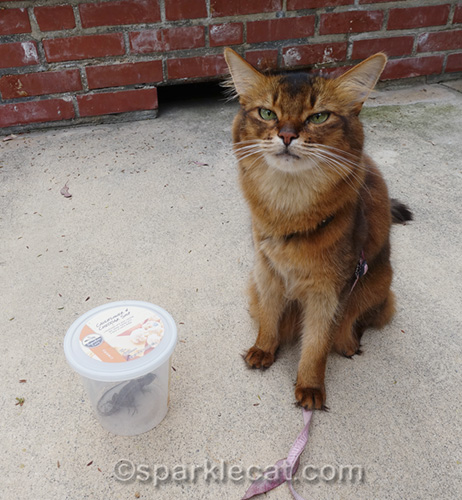 You’d think I would be happier that I found this lizard, but I’m not! I spent a whole couple of days stalking him, the last 24 hours with my human’s help. And that’s where the problem came in. I can’t catch these things by myself, but when my human does it for me, she lets them go. She is no fun. I’m supposed to get to keep them. 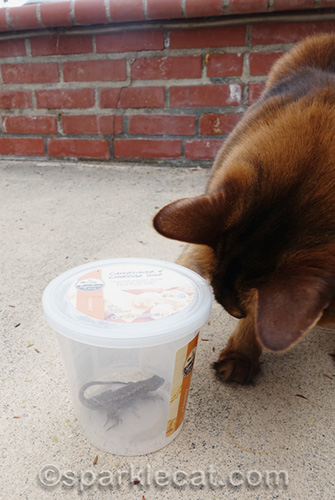 So here I am with the lizard that I found (and my human caught). I have to be honest, I think the only reason she was able to catch him was because I wore him out! By the time he went into the plastic container, he was probably hungry and exhausted. 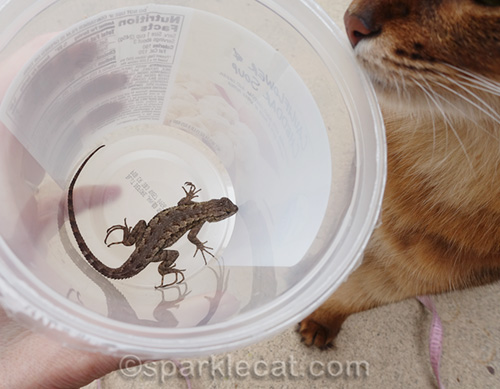 You can get a better look at the little guy here. He even looks tired. 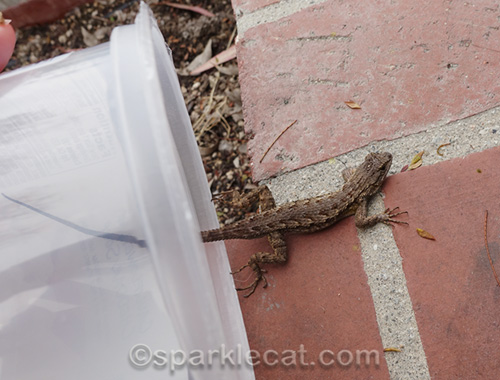 It took a couple of shakes to get him out of the container. 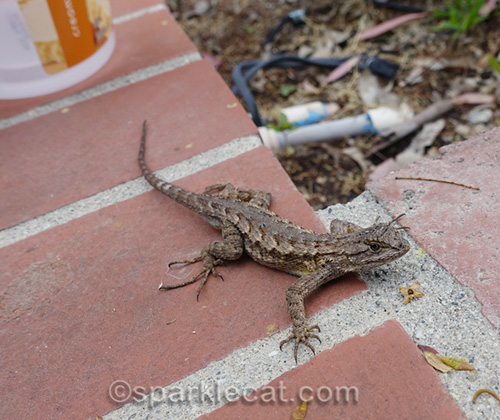 Once he was free, he sat there for a moment. Maybe he was thanking my human. But I doubt it. 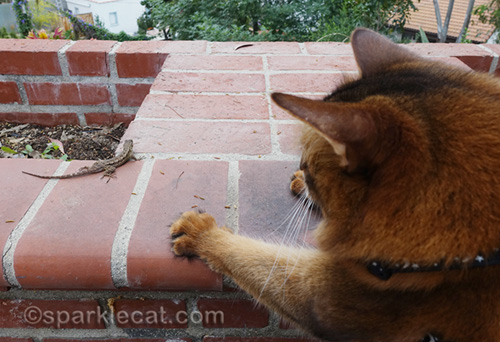 I was finding it hard to say good-bye. 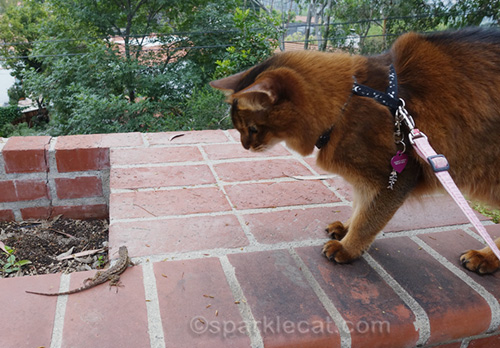 Maybe the lizard was too because he continued to sit there for another moment. 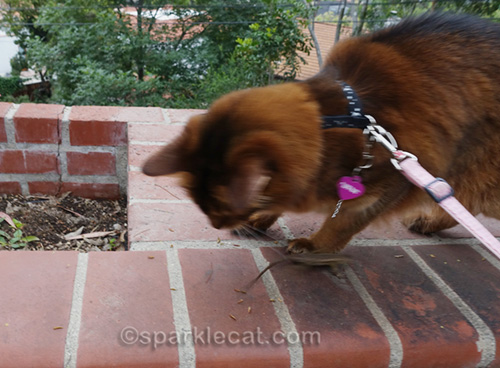 And then… he was gone! I barely had time to blink. 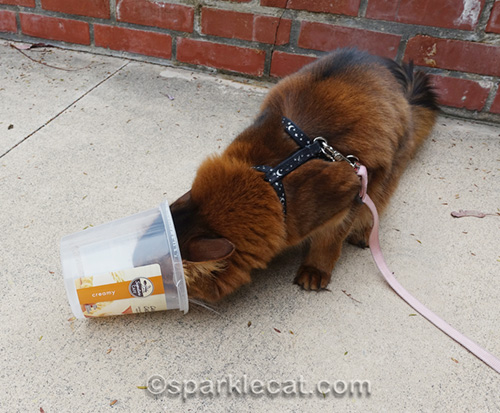 I took one last look in the empty container, but yeah, it was empty. 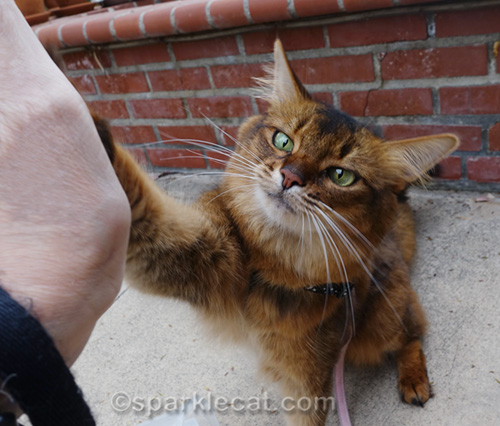 Even though I didn’t get to keep the lizard, it was still a pretty cool adventure! I think it deserves a high five, don’t you?

Note: My human says I’m not a good lizard hunter — the last time one was in the house, she found him herself. Sparkle was actually really good at it. In fact, the last time she caught a lizard was only a little more than a week before she died.