You are here: Home / Diary / Flashback Friday: Things I Lost 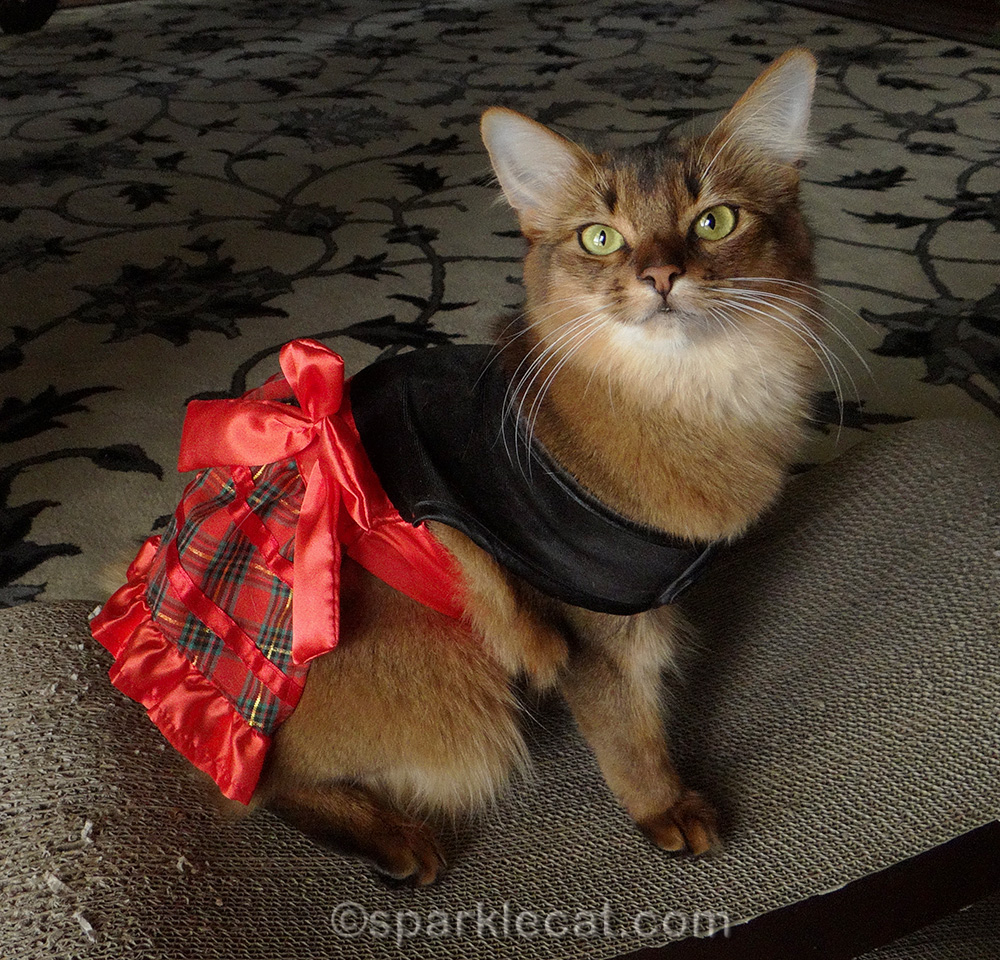 Since my human and I are prepping for this weekend’s cat show in Ontario (California), I thought I’d do a Flashback Friday. I looked back at January, 2015… and realized that there are a bunch of things I had back then that I seem to have lost! Some of them, like the above dress, are really cool too. I have no idea where this dress disappeared off to. 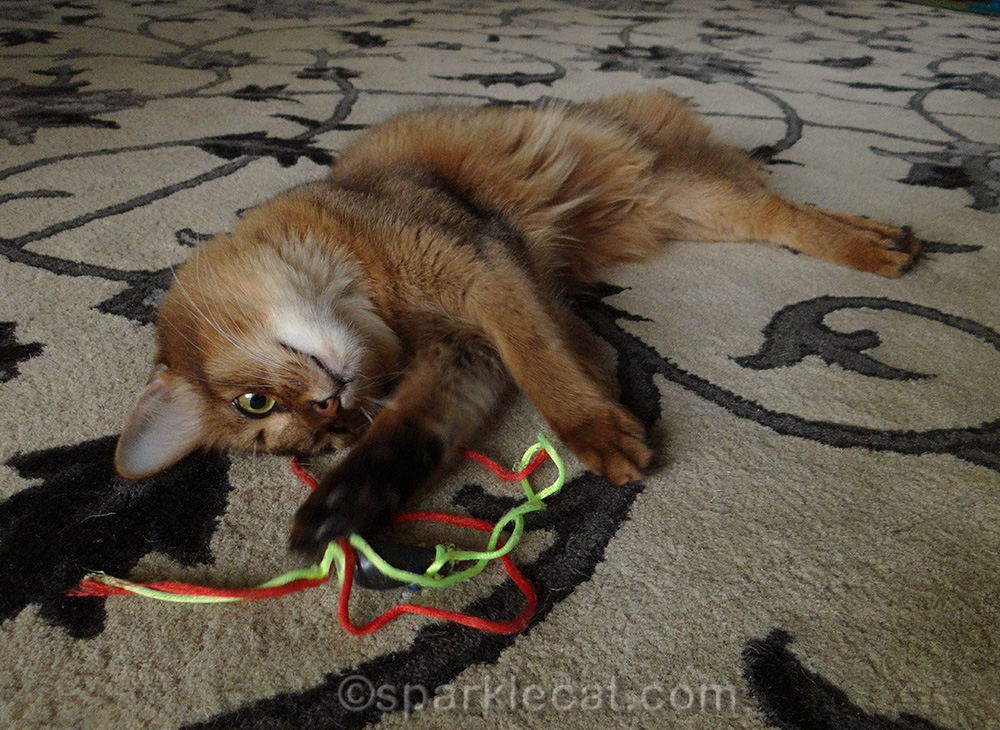 I also lost my favorite toy! I guess you can’t tell, but it used to be a mousie toy, except it kind of got unraveled. My human thought all that string would be dangerous, so she put it away and would only let me play with it under supervision. But she hasn’t done that for years! I have no idea where it is… or I would have dug it out myself. 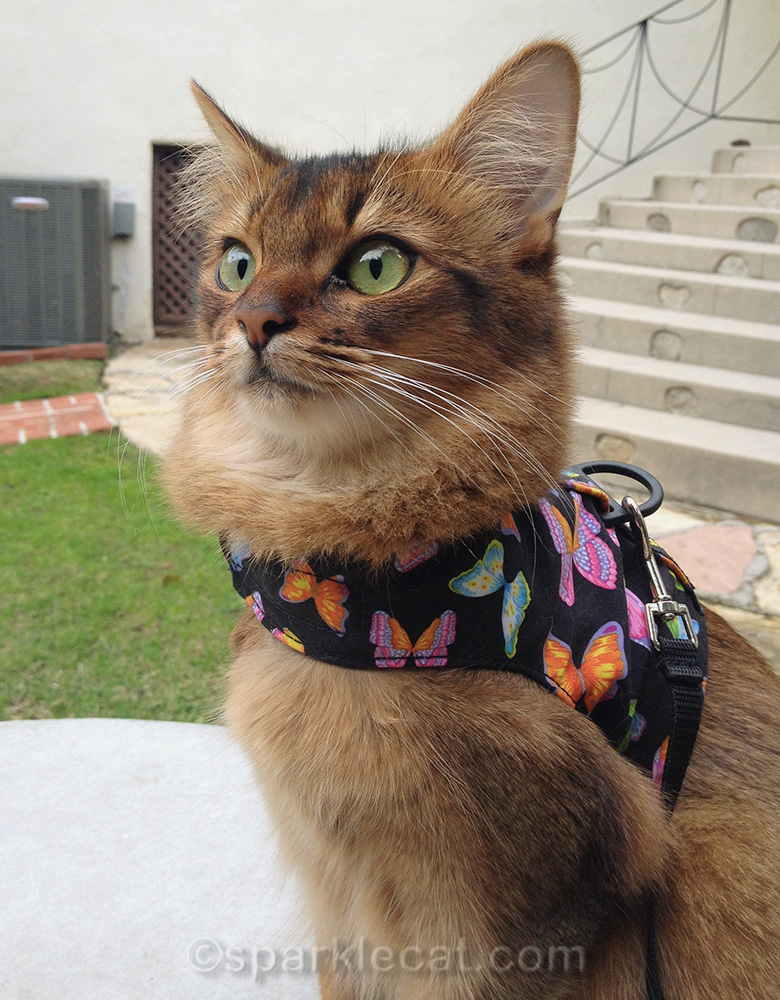 My human got this pretty walking vest for me at the San Diego Cat show that month. I had a lot of photos of me in it for a few months — and then nothing. I have no idea where that vest went. Honestly, it was kind of hard to fasten around all my fur anyhow. 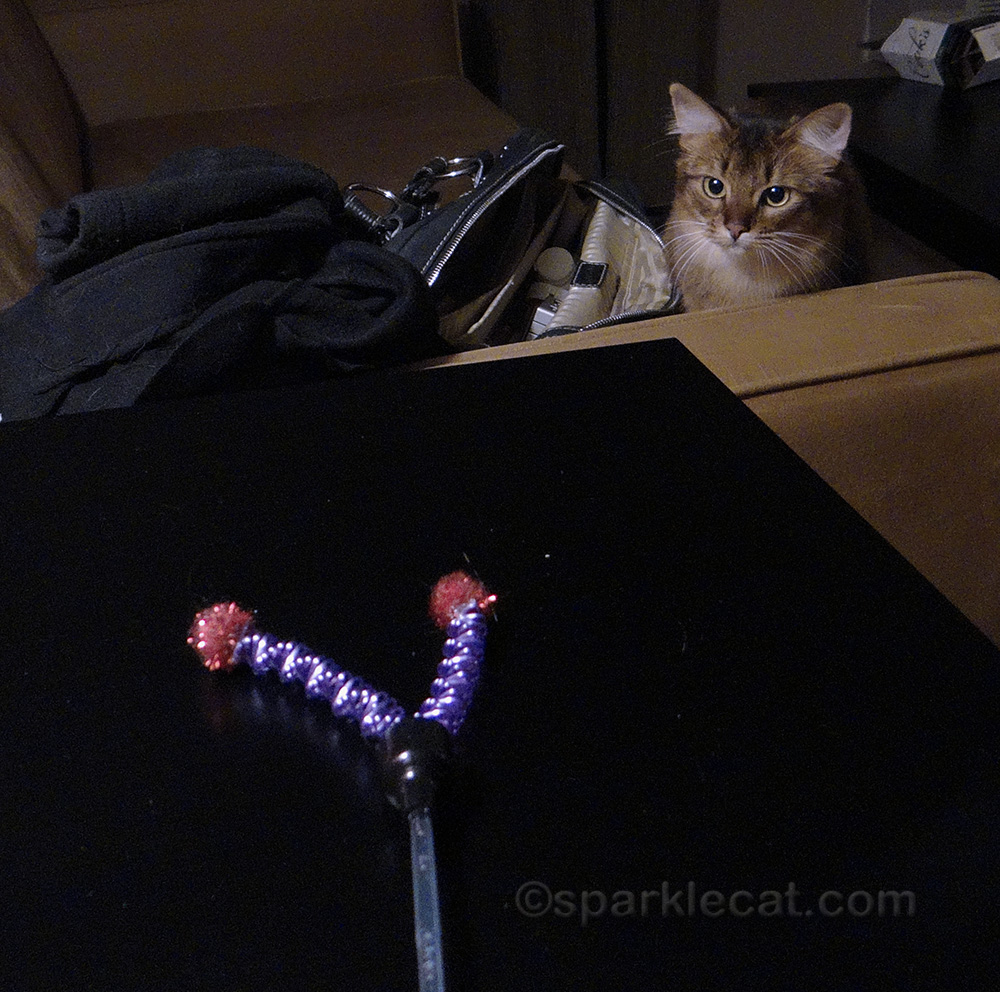 My human had a really bad habit of buying me toys at cat shows — and then losing them! This is just one of those toys. I have no idea how much money she spent on those things. Eventually, she stopped buying them because I never played with them all that much anyhow. 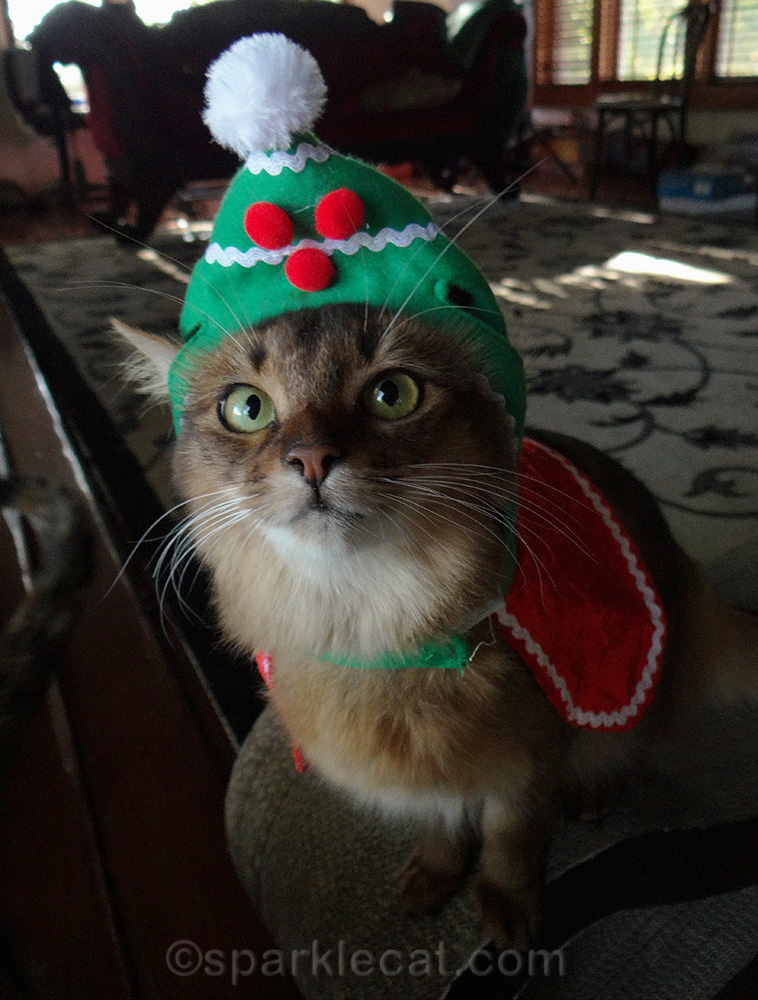 Here’s something that I’m glad got lost — this festive holiday hat that my human got on sale after Christmas. It was way too big for my little head anyway. 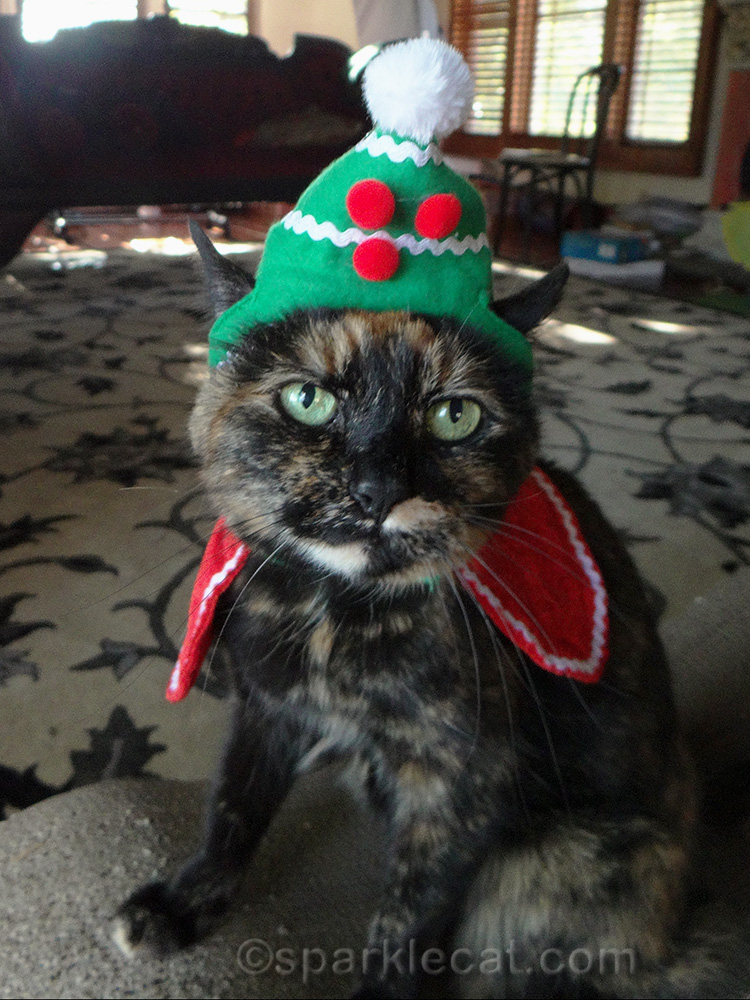 I think Binga is glad it’s lost too.