You are here: Home / Diary / Flashback Friday – My Cat Tree 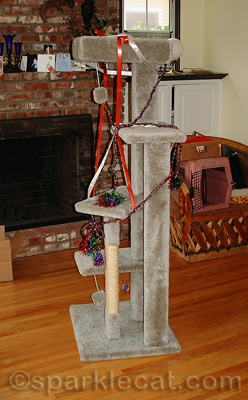 Can you believe that we have had the same cat tree since Christmas, 2003? We were living in a totally different house back then. One thing that hasn’t changed — my human is still lousy at wrapping presents. 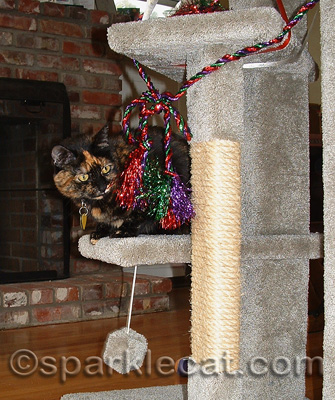 Oh, the other thing that never changes — then, as now with anything new, Binga tried to claim it as her very own! 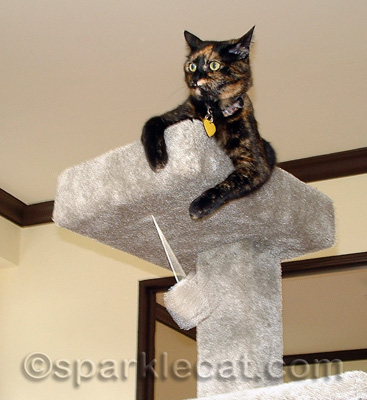 In fact, she went a little bit crazy the day we got it. Actually, more than a little crazy. 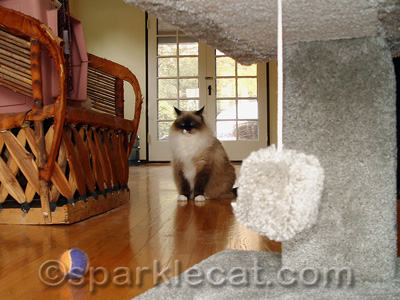 She wouldn’t even let Boodie come anywhere near it! As you can see, Boodie was not happy about that. 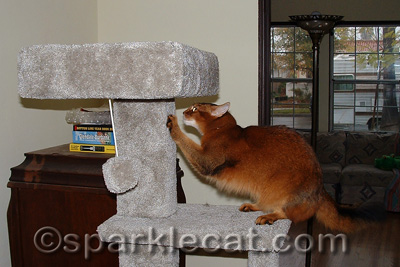 My human had to lock Binga in a room and let me mark the tree with my scratches and scent so that she would realize that she was not the only cat allowed on the cat tree! And it worked! 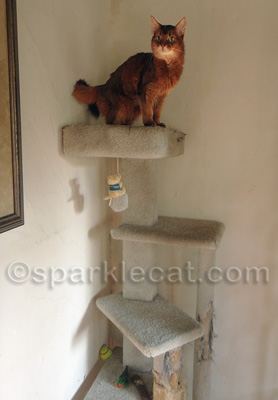 Here it is today — as you can see, it is much the worse for wear! I would really like to know just why I have never gotten a new cat tree! When my second advice book came out in 2010,

my human promised me that I could get a new cat tree if the book “went into royalties” (which means it made its advance back and started turning a profit). But so far, it has not! Frankly, I think that was a terrible condition to put on getting a new cat tree! It’s hard for a book put out by a big publisher to turn a profit! I am being gypped.

This old thing is ratty and certainly I deserve better. My human is resistant, especially after her appointment with her CPA. But I have a plan…