You are here: Home / Diary / Flashback Friday: My Big Sister 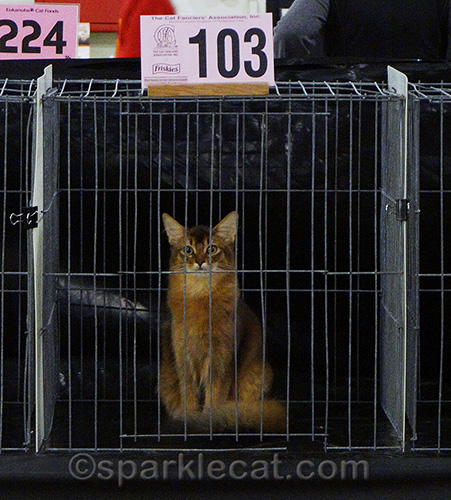 Although I never met her, I owe a lot to my big sister Samaraa because I might not be living with my human if it wasn’t for her. It was in January, 2013 that my human saw her at the San Diego Cat Show. She had caught site of her before, at a previous cat show, but my human had rented a vending table to sell Sparkle’s books and calendars and didn’t get a chance to watch her being judged. She went to San Diego that trip not to sell, but just to visit, and that is when she realized just how special Samaraa was. 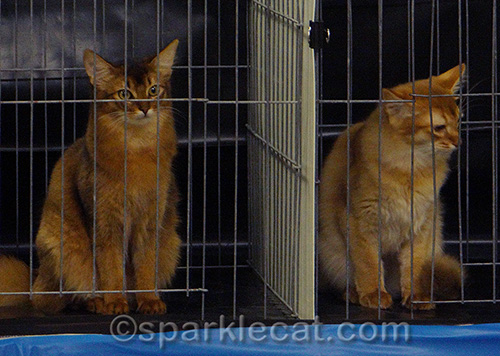 Samaraa looked so grown up for a six-month old kitten, but what really struck my human was her calm and composure. 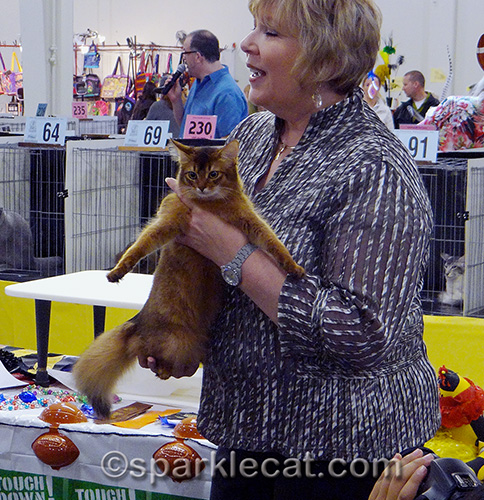 She was both beautiful and classy, and nothing in the huge, busy cat show bothered or upset her. 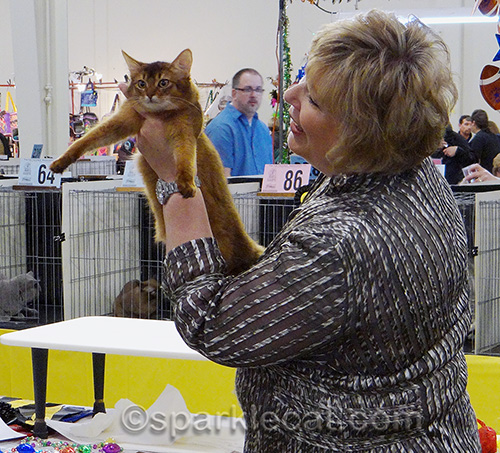 And it is a good thing she was so calm, because a breeder from Russia flew out to pick her up that very day! My breeder had gotten to know this Russian breeder for a very long time before she was convinced that she could give Samaraa a good home. But even so, she was still very attached to her and was very sad when Samaraa left for her new home. For her part, Samaraa handled the long flight with her usual poise and calm demeanor. She grew up into a beautiful cat and is the mother to some very beautiful kittens.

My human was so enchanted by Samaraa that she wanted a cat with that sort of poise. She’d always dreamed of having a therapy cat, and a cat who could accompany her places. A year and a half later, she met me… and I had the very same parents as Samaraa. 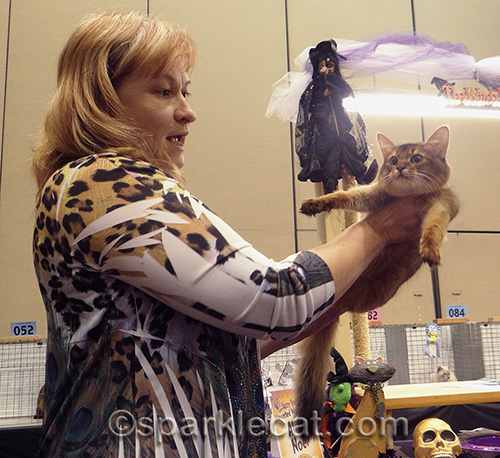 This is me when I was the same age as Samaraa… I bet you notice a resemblance! My big sister has a more fiery coat than I do, and she is a truly outstanding example of our breed. I’m good too, but not as good as her — if we competed in the same class, she would beat me, paws down! She doesn’t do cat shows very often anymore, but when my human was looking over this season’s standings, she saw that she had done one, and finaled. If my human hadn’t seen her, she would never have known she could have a Somali cat with such a good nature — Sparkle was definitely a stay-at-home girl. But not me! I’ll probably never go to Russia, but I sure go lots of other places!