You are here: Home / Diary / Flashback Friday: A Taxing Time 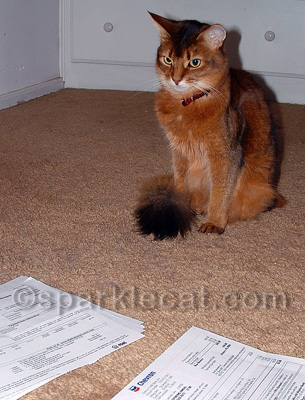 For fun, I thought I would look back at March 2005 to see what was going on. And surprise! My human was working on her annual tax return. She does it in February now because she is no longer a “sole proprietor” and has to get it done sooner. But that is about the only thing that has changed. 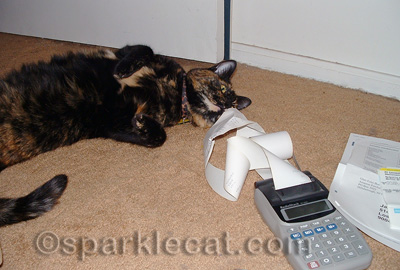 What is a constant: while my human toils over numbers, we kitties have a paper party! 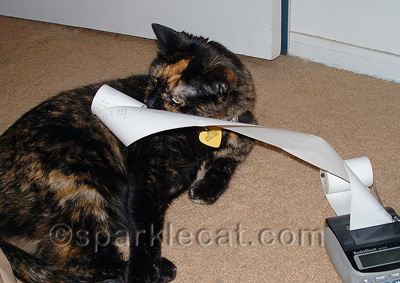 That year, Binga got to play with the calculator tape the most. 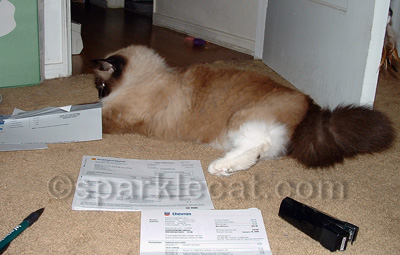 Boodie played a rousing game of Rattle The Papers. Note that in the background, in the hallway, there is a cat toy that is being totally ignored. 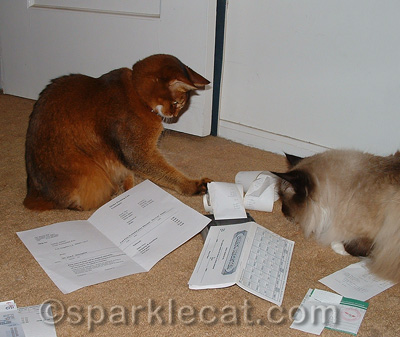 Every year, it’s the same thing — my human does all the tax preparation by hand, on the floor of her home office. One year, after we moved into the new house, she had room to do the taxes on her desk. But almost always, it’s on the floor, where she meticulously writes everything down. She does have Quickbooks, but she has never learned to use it. 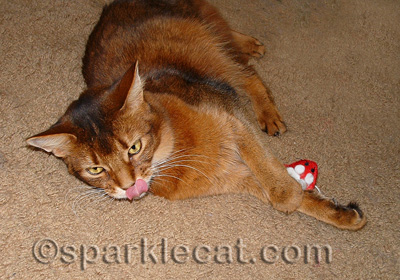 The money she spent on Quickbooks would have bought a really nice cat tree, or several awesome cat beds. Just saying.

If you want to see what we kitties did the rest of March 2005, you can click here to see the original blog post!