Yesterday’s mystery was solved, but it turns out there was more to the story. My human’s boyfriend saw the culprit in action and took some photos. 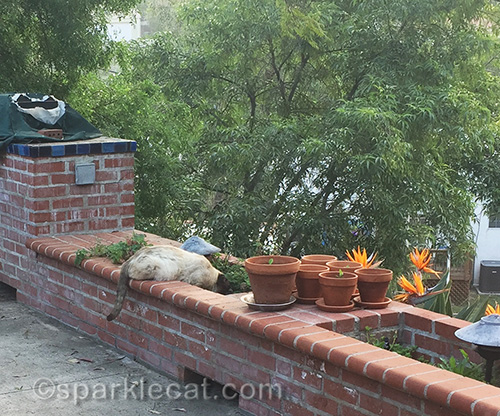 There he is, whiffing away! 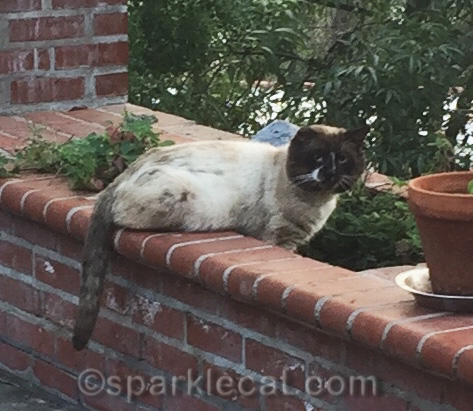 You’ll have to excuse the photo quality — my human’s boyfriend was using the crappy iPhone zoom, because there was no way he was going to be able to get close to this guy.

He is actually a familiar face around here. My human sees him on the security cams all the time. But it turns out there is more to the story! There is another Tom cat, a tabby that hangs around by my nip garden too. He and the first guy had an argument one day, but the next day they were hanging out together. By my nip garden. They ran off when they saw my human, but we figured they were okay with each other.

But then she came along. 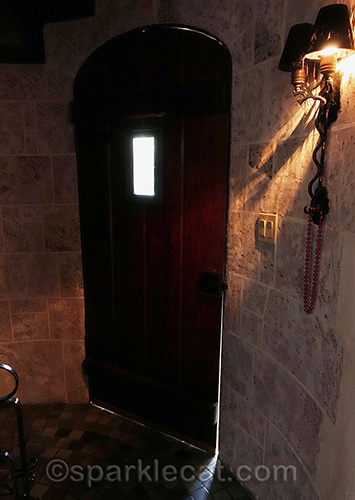 A couple of days ago, the humans heard a ruckus outside, in the front yard (thankfully, far away from my nip garden). It was the two male cats… and a third kitty. My human’s boyfriend found me to show me through the front door window. 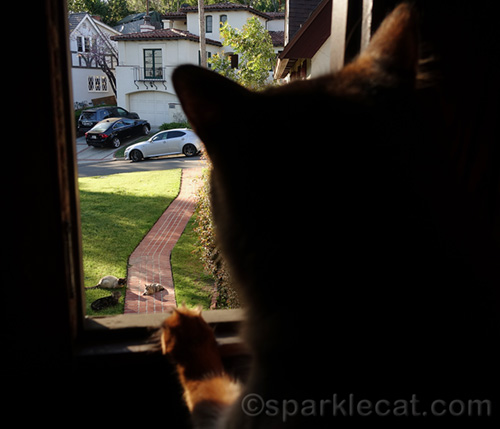 Although they were hanging out together, the air was full of tension… and probably something else. 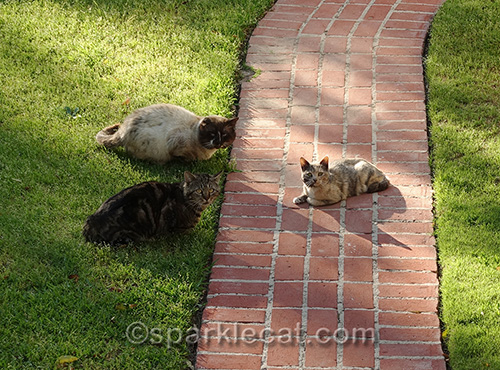 The dilute calico was in heat and she was playing the two cats against each other. 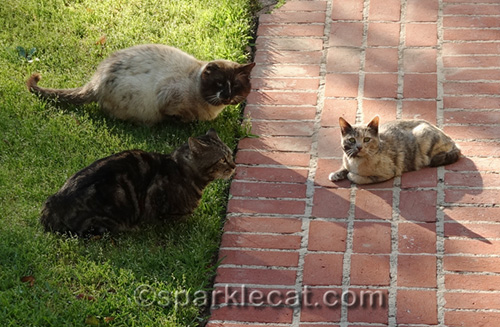 None of them looked pleased about being disturbed. The arguing and carrying on went well into the evening. My human is not happy about this — not because of the noise, but because she doesn’t like intact cats running around outside and procreating. When we get back from Palm Springs, she is going to get in touch with one of the feral cat groups and see if she can get these guys TNR’d.