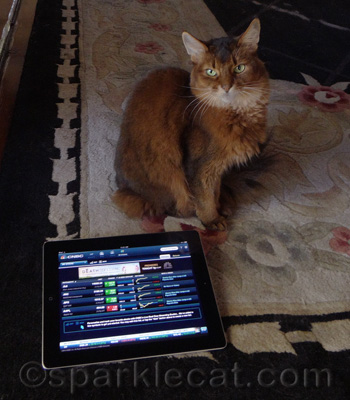 Did you know we kitties are good at the stock market? It is true! There was even a study that proved it. It turns out that we cats are better at picking stocks than so-called financial experts! 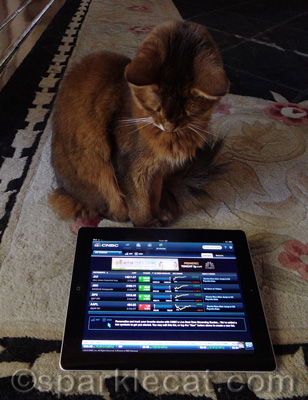 The study claims the cat was picking stocks randomly, which only shows how clueless researching humans are. We kitties actually give a lot of thought about which stocks to pick! The researchers just did not understand the cat’s highly scientific methods. 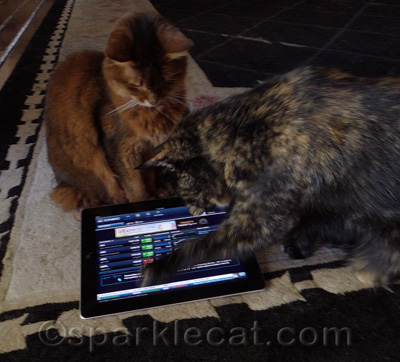 Binga and I have very different approaches to trading stocks. I don’t like her ideas much. She likes high flying stocks, but she spends too much time chasing them after they have already peaked. I prefer buying high-volume ETFs in sectors that are currently in favor, then selling them when the momentum starts to flag and other sectors rise in popularity. Yes, it is a conservative approach, but I like to keep my cat food money. 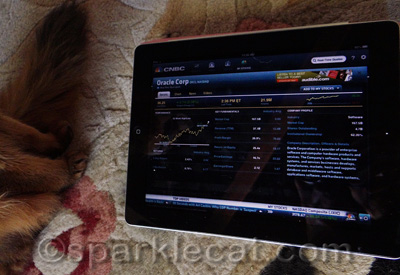 Too bad my human does not listen to me. Look at this stock, Oracle (ORCL). She heard it was good, so she bought it. But she lost it when she did something called a “covered call” and it got called away! I could have told her she needed to be more careful selling calls against tech stocks. She made a few dollars, but nothing like what she could have if she had just held onto the stock without messing with it.

I would hire myself out as a financial advisor, but apparently they don’t give licenses to kitties, which is a sorry oversight, if you ask me.