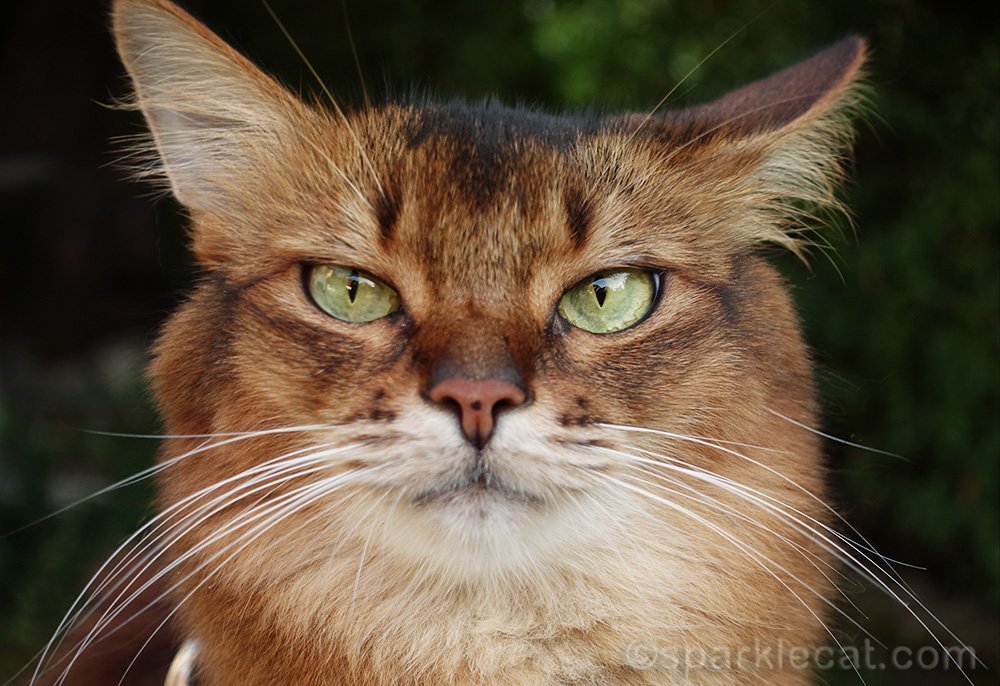 Most of the photo flubs here are the fault of my human, and she really should be embarrassed over them! The photo above is pretty much my commentary on everything you see below. 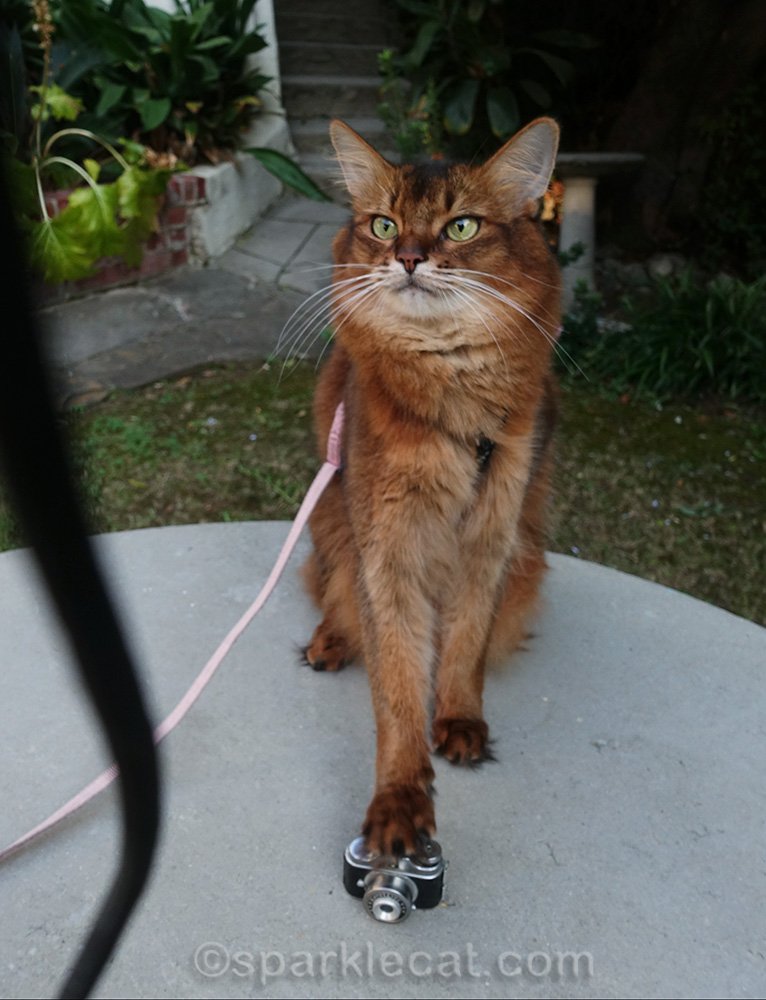 The strap on my human’s camera is tiny — it is just a wrist strap. Even so, she managed to get it into this shot. If the photo had been any good, it could have been edited out, I suppose, but it was only a mediocre capture, and I wasn’t even looking at the camera. 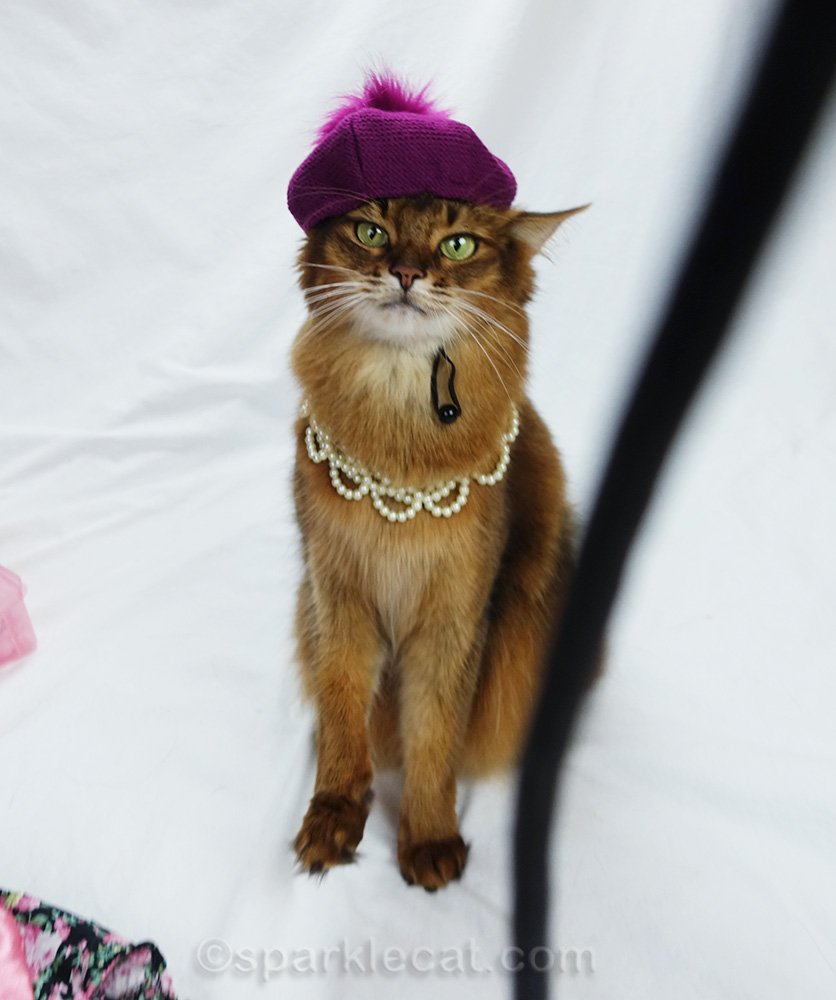 And as if that wasn’t bad enough, she did it again during my wardrobe photo shoot. This picture could not have been saved, even if we’d wanted to! 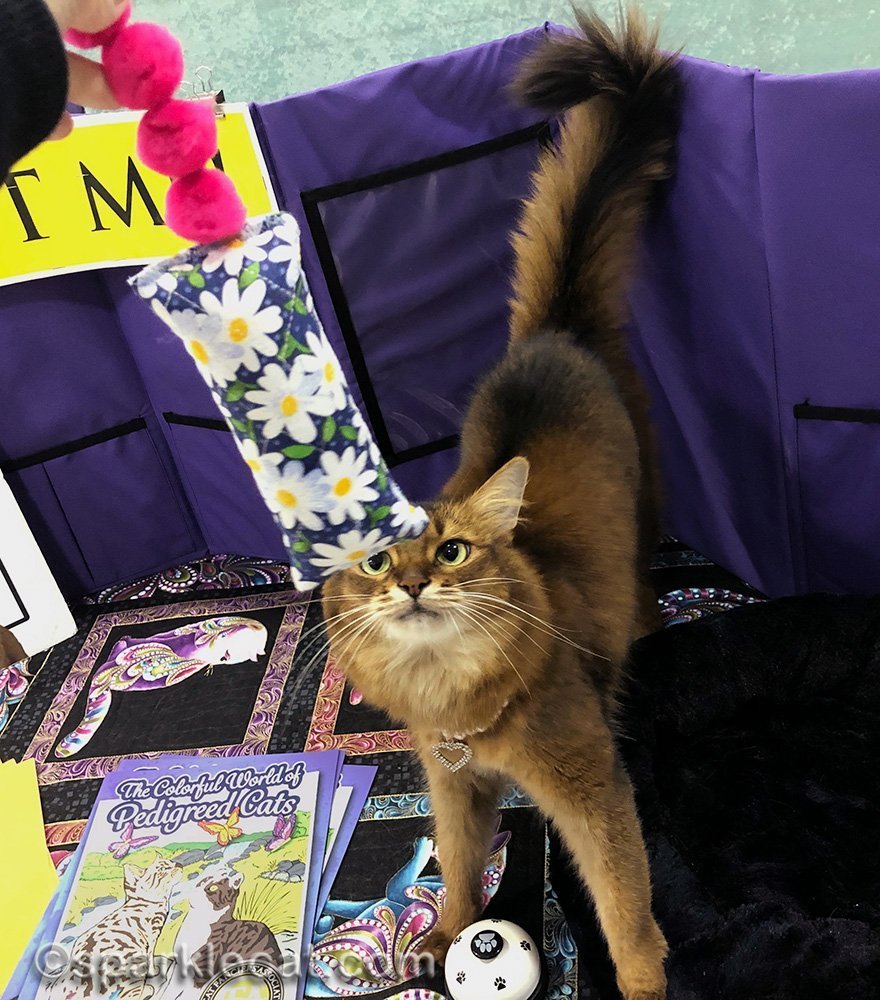 Even the dumbest cat knows that kicker toys don’t fly. And only the lamest human would try to get a photo of me looking at it… and cut off one of my ears. Fortunately she realized pretty quickly this angle wasn’t going to work, and set it down so I could play with it. 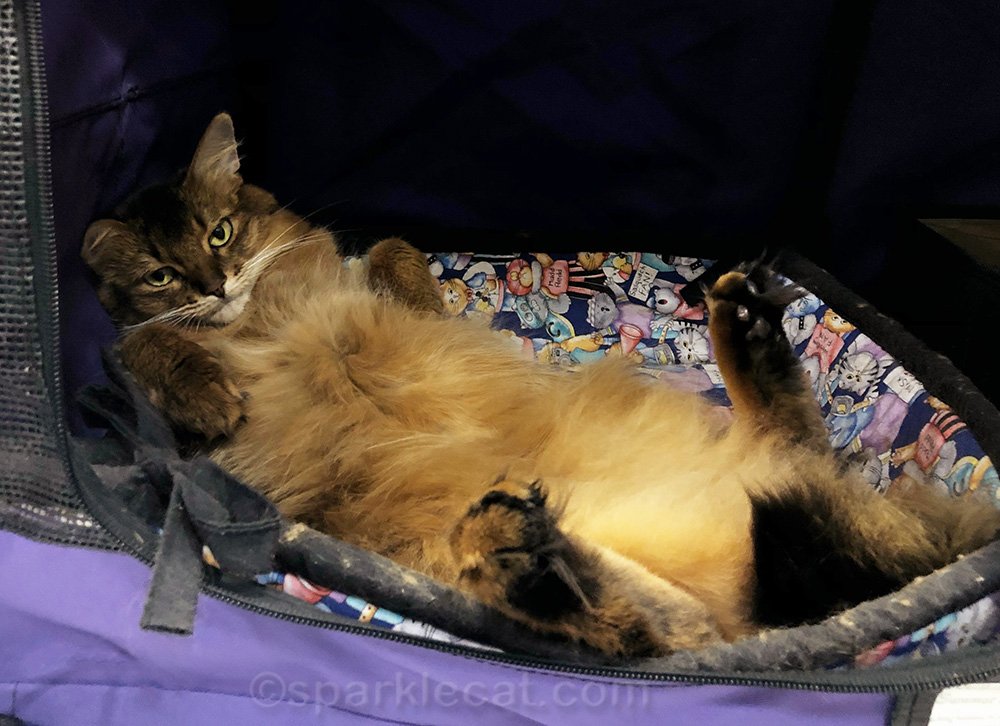 This isn’t really so much a photo flub as it is just a funny photo of me relaxing at the cat show. My human has been wracking her brain for a good caption… because this photo really needs one. 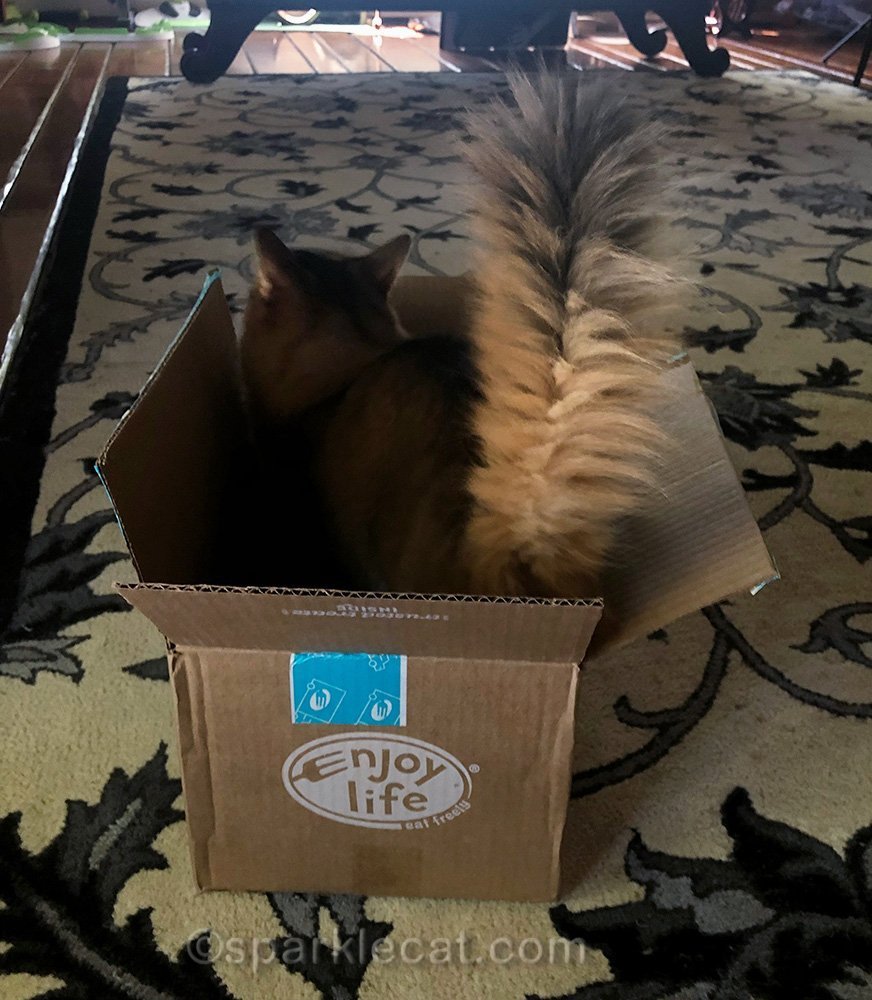 And once again, that’s the end of these outtakes! I hope you enjoyed them! 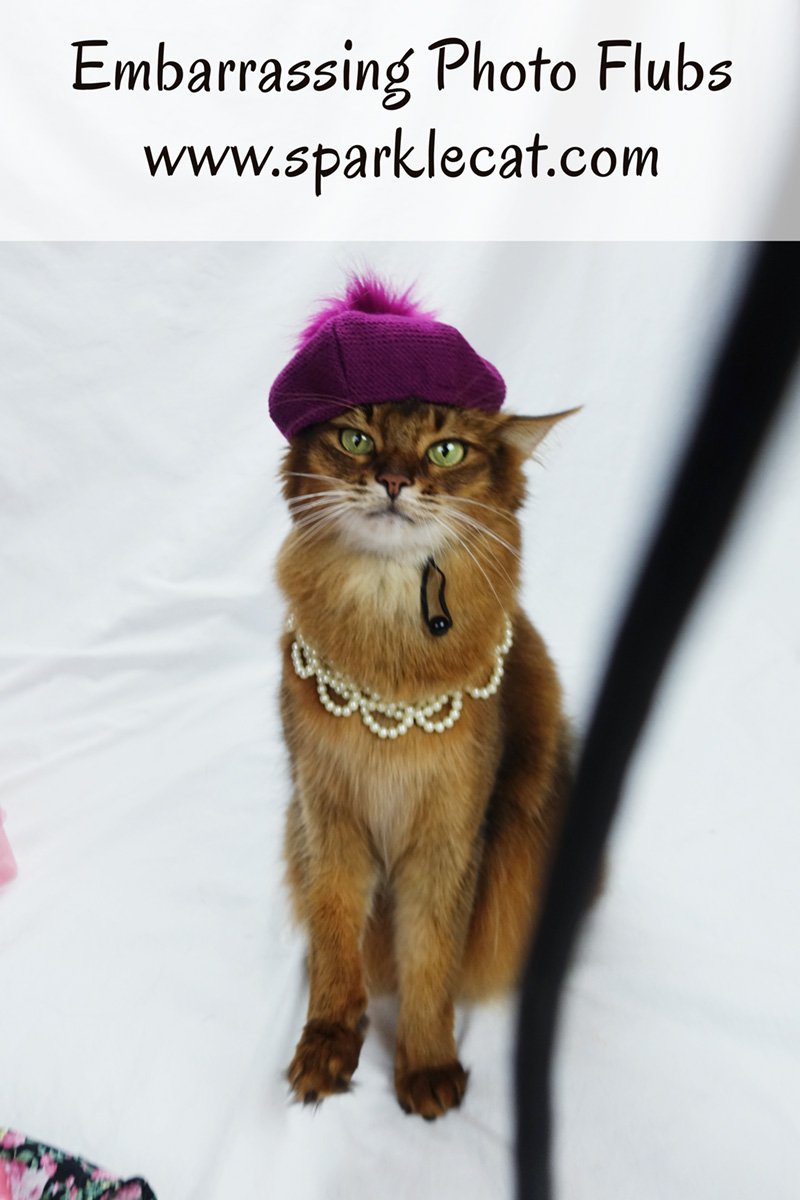 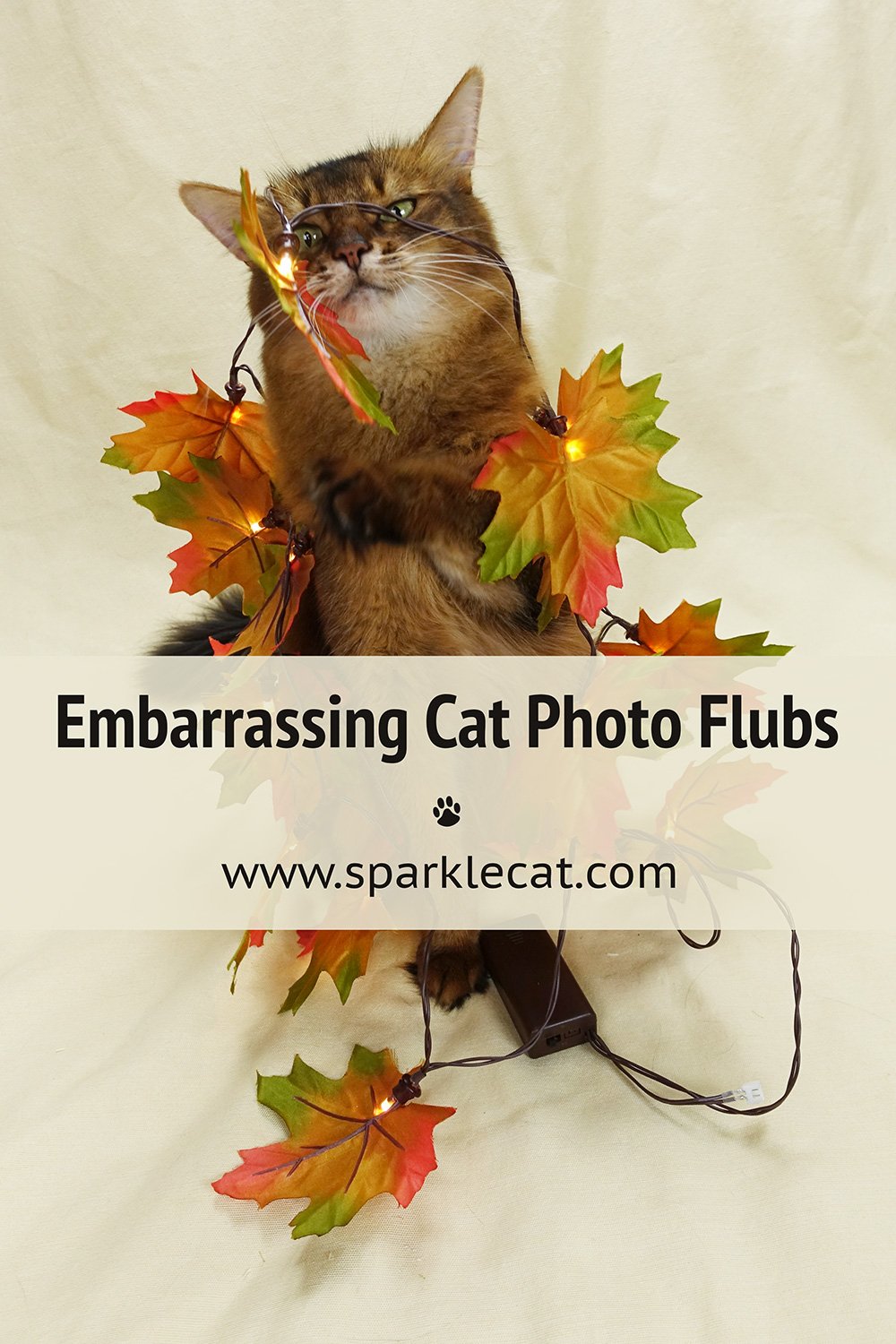 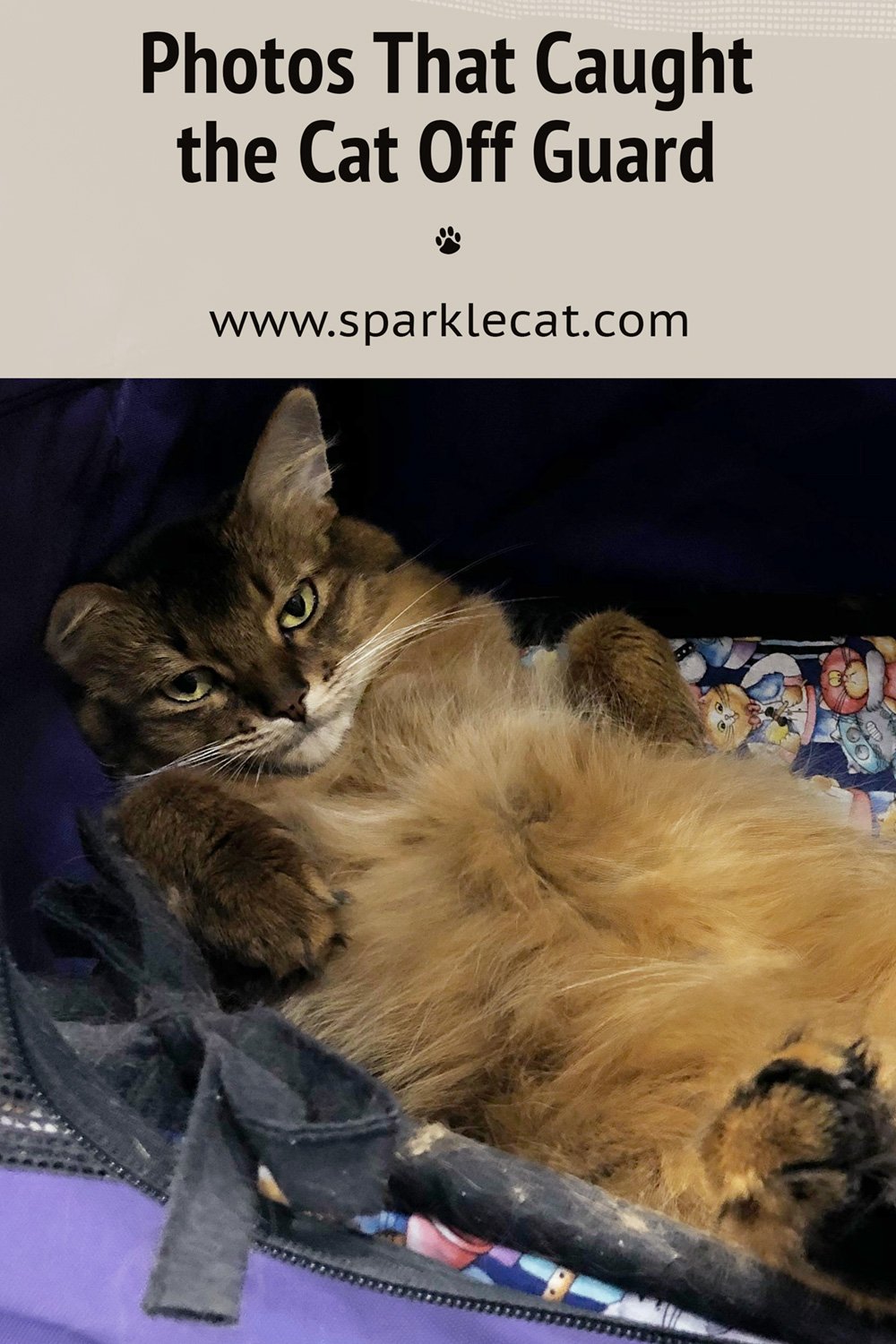