You are here: Home / Diary / Easter Eggs? I Am Not Impressed 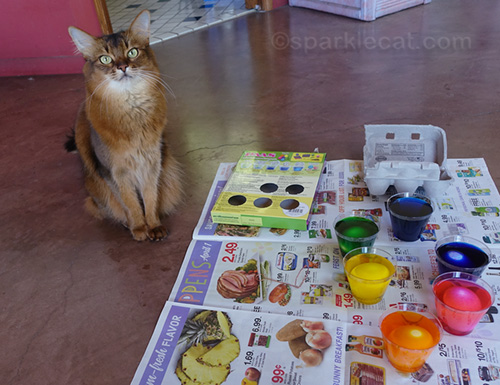 My human decided to dye some Easter eggs this year. It has only been about 20 years since the last time. So this is a new tradition for me. 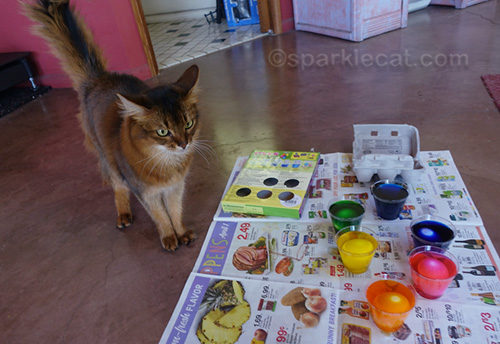 So I guess the deal is she is supposed to dye and decorate a bunch of hard boiled eggs. Well, there are only two people here, she and her boyfriend, so instead of a bunch, she got a half-dozen eggs. And when she put them in the boiling water, one was cracked, so there are just five. 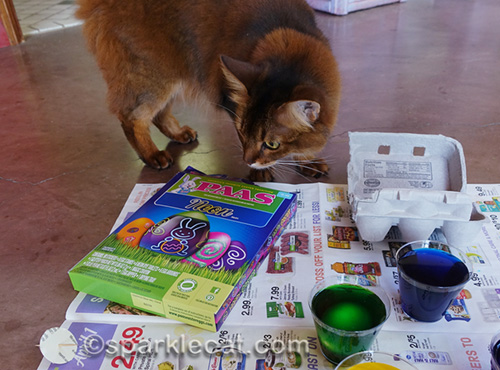 She had an old decorating kit she got some years ago from Starbucks, plus this new egg dyeing kit from the drug store. The egg dyeing company, Paas, has been around for many, many years. My human remembers using Paas kits to dye eggs when she was a kid. 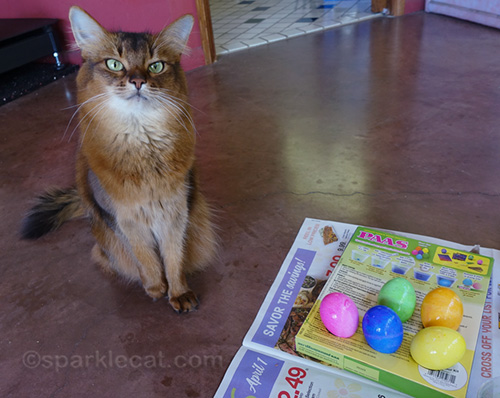 I have to say, this whole Easter egg dyeing process is not all that interesting! First, I wasn’t allowed near the colored water. Now I’m not supposed to touch the eggs while they’re drying. I would have left if my human hadn’t kept giving me treats and having me do High Fives. 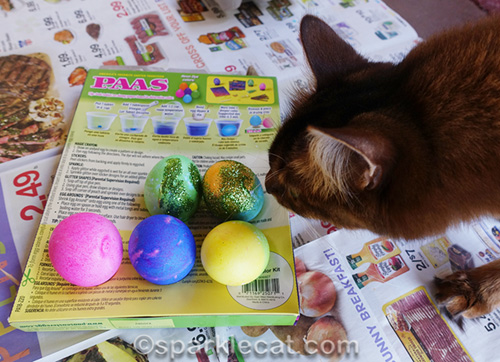 Once the eggs were dry, my human did some other things to them. She put glitter on a couple of the eggs, but instead of the designs she tried to create, the glitter stuck on in big globs. 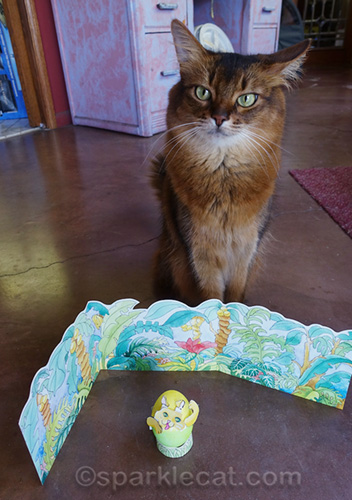 The Starbucks kit had a bunch of different characters, and you were supposed to stick their cardboard features onto the egg. Of course, my human started with a cat. It turned out to be such a chore that that’s the only one she made. 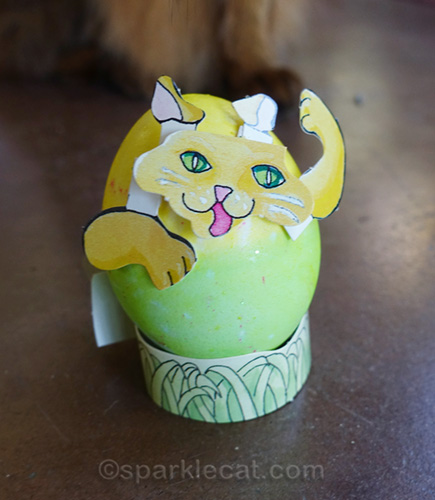 It did not turn out well. 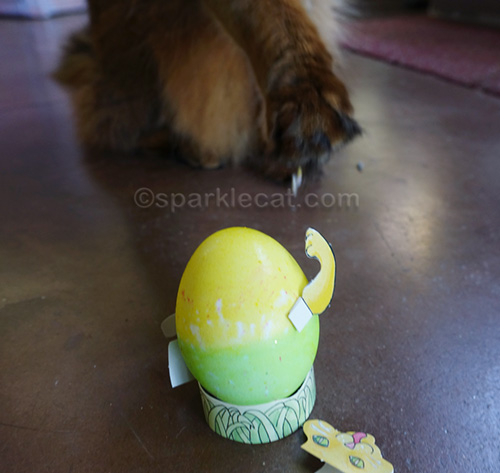 Then I touched it — just a little bit! — and look what happened. 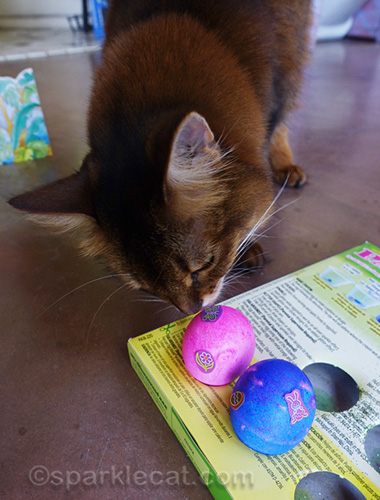 She just put stickers on the last two eggs… but they didn’t stick really well. She also told me I was not supposed to lick the eggs. 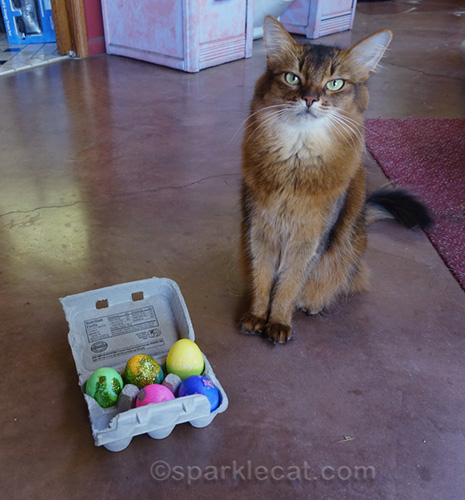 So that was pretty much a disaster! My human says she used to have a lot more fun dyeing eggs. I don’t know, it doesn’t look like fun to begin with! At least I got treats.