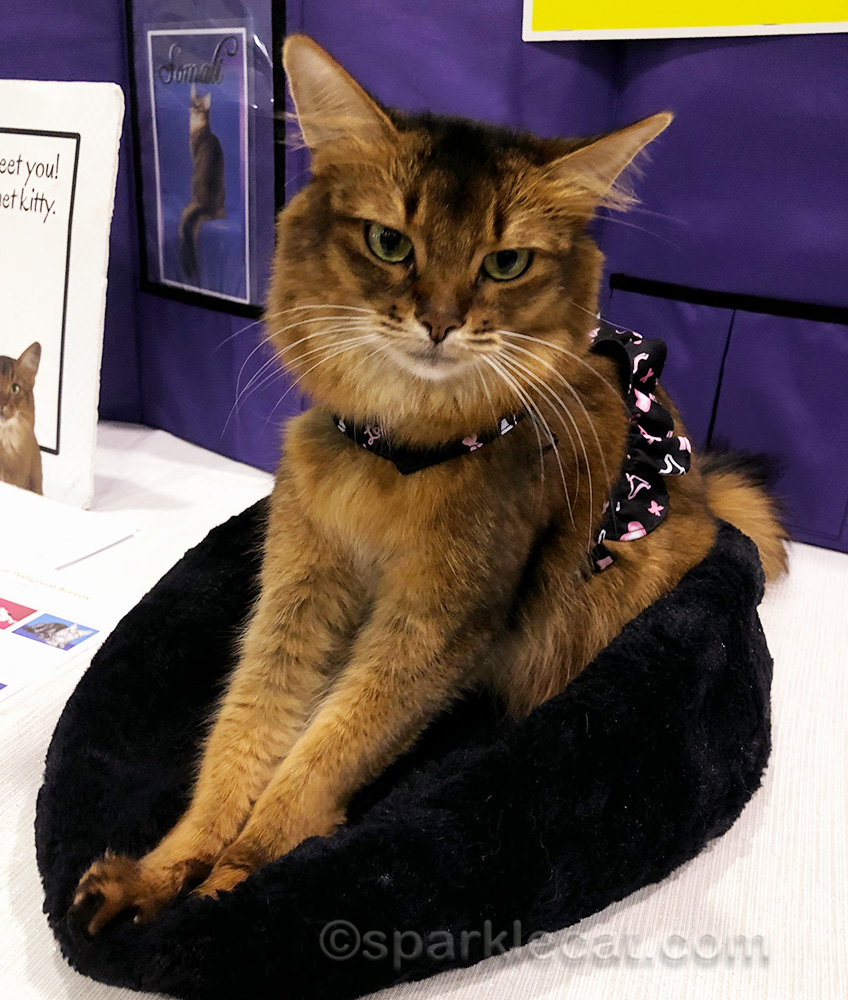 While I was busy entertaining spectators, a couple of kittens who are distantly related to me were competing in the cat show this weekend. We have the same grandfather, I think. 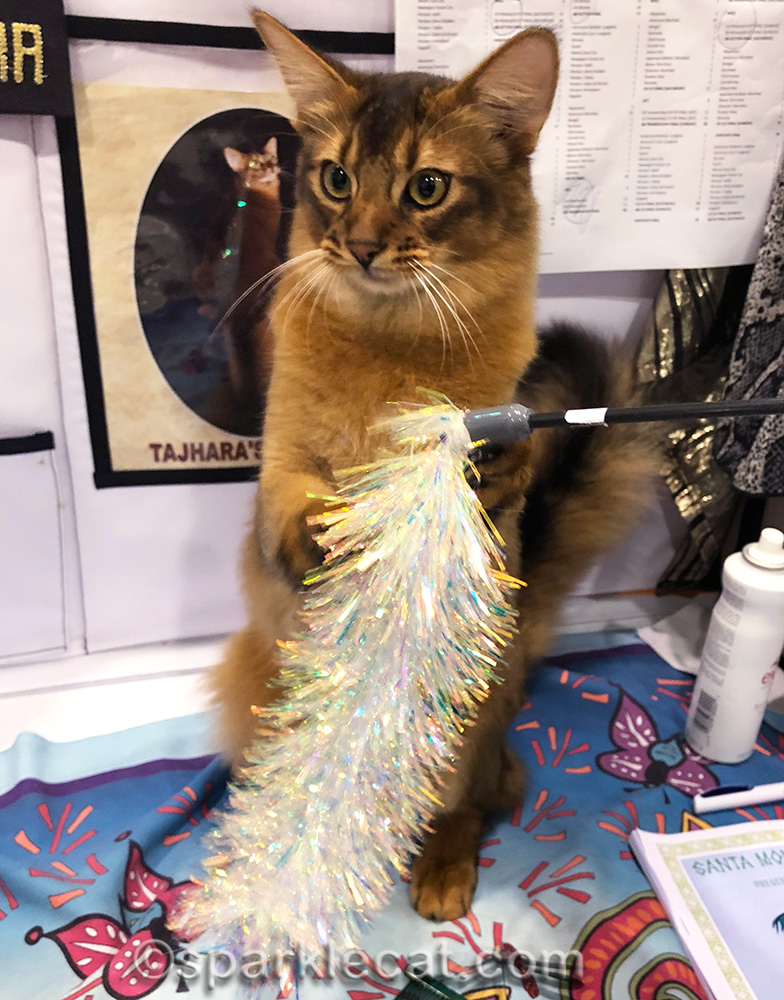 You’ve actually met Chase before, and his brother Obi. They were at the South Gate show last July. That was their first cat show, and they’ve both grown! They are bigger than I am and almost ready for the adult class. As before, my human handled Chase and took him to the rings. He’s a very nice, easy going boy, and my human had lots of fun with him. Usually, the handler carries a toy to keep the cat or kitten distracted and his energy up. My human let Chase pick his own toy each time… and he did! 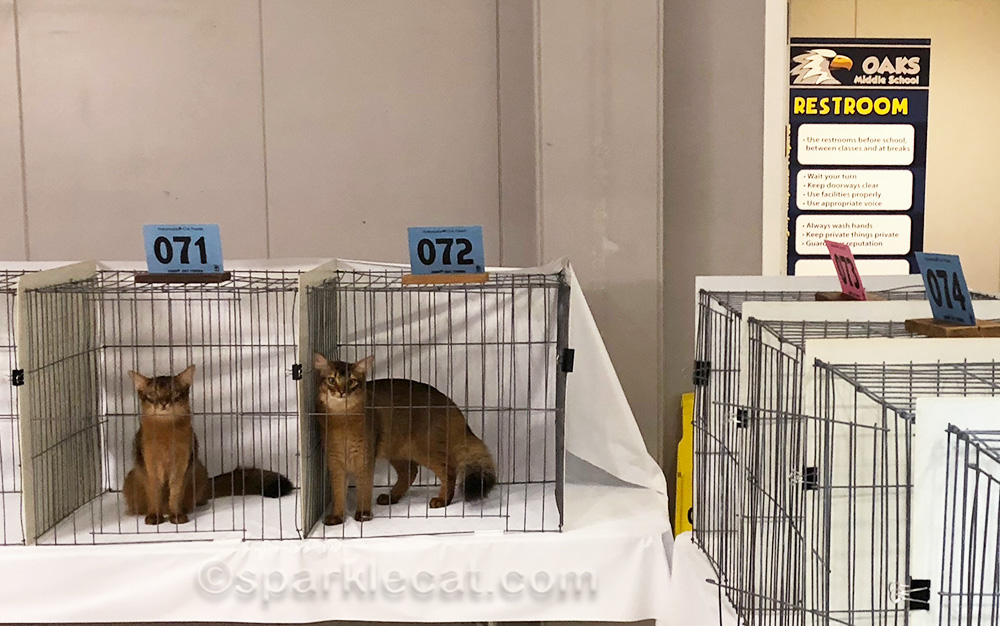 It’s a good thing Chase is so easy going — in a few days, he’s going to a new home overseas! And while Obi is staying with my breeder, he is going to be doing some international shows over the next few weeks because he has a chance at getting a good win for his season as a kitten. Getting placed in a judging ring right next to a noisy restroom actually helps both of them become acclimated to loud noises, like they might encounter at an airport. 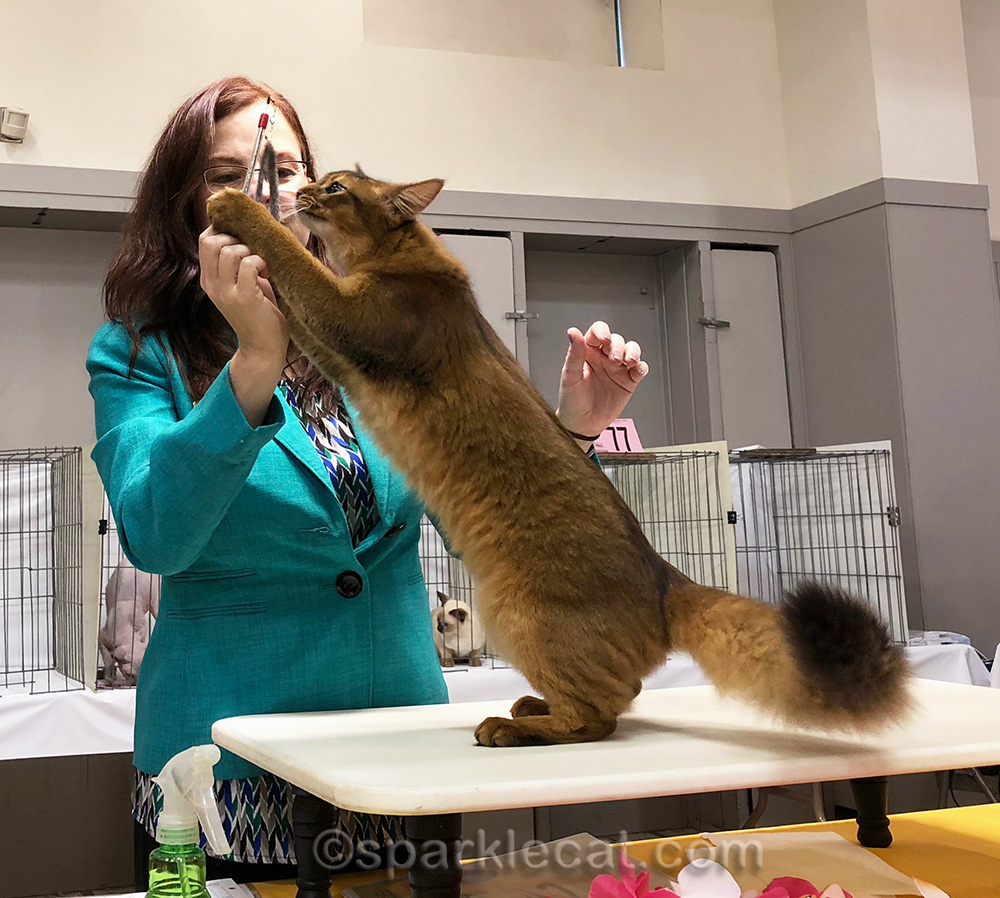 Chase hasn’t been shown since South Gate, so he needed to get his show legs back… that didn’t take him very long. 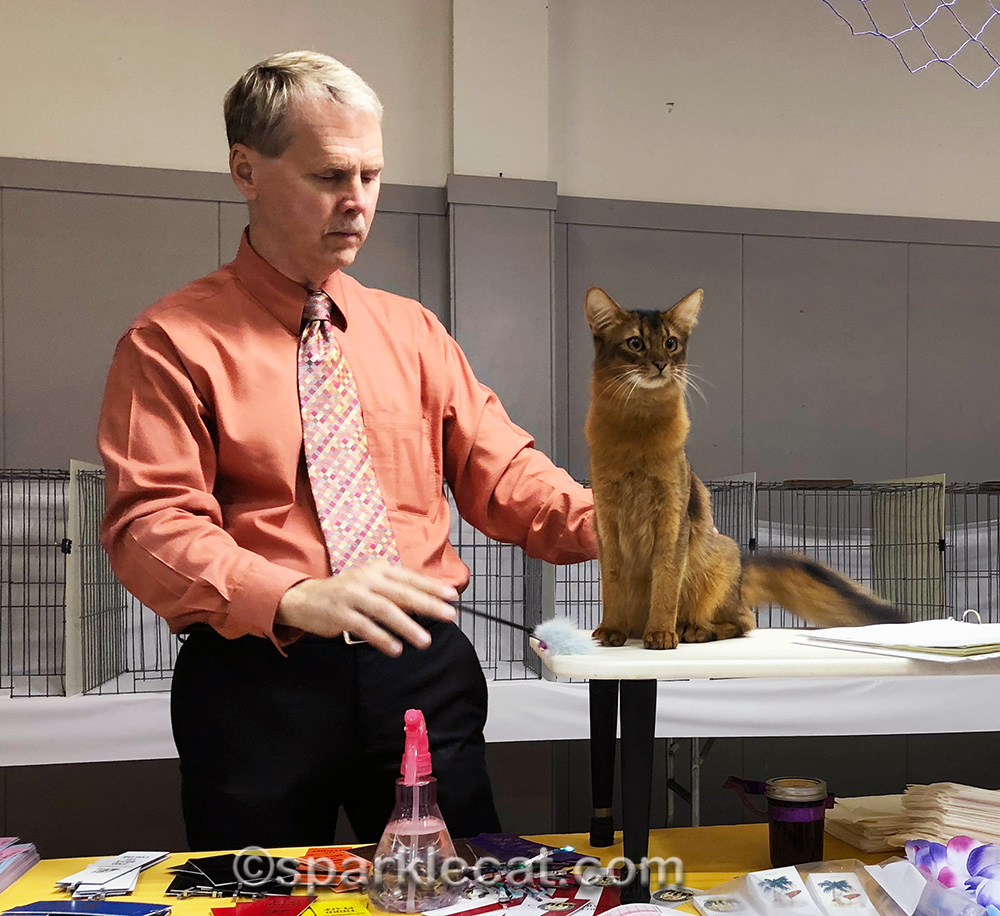 Obi has done quite a few shows over the past couple of months, and he is already a pro. 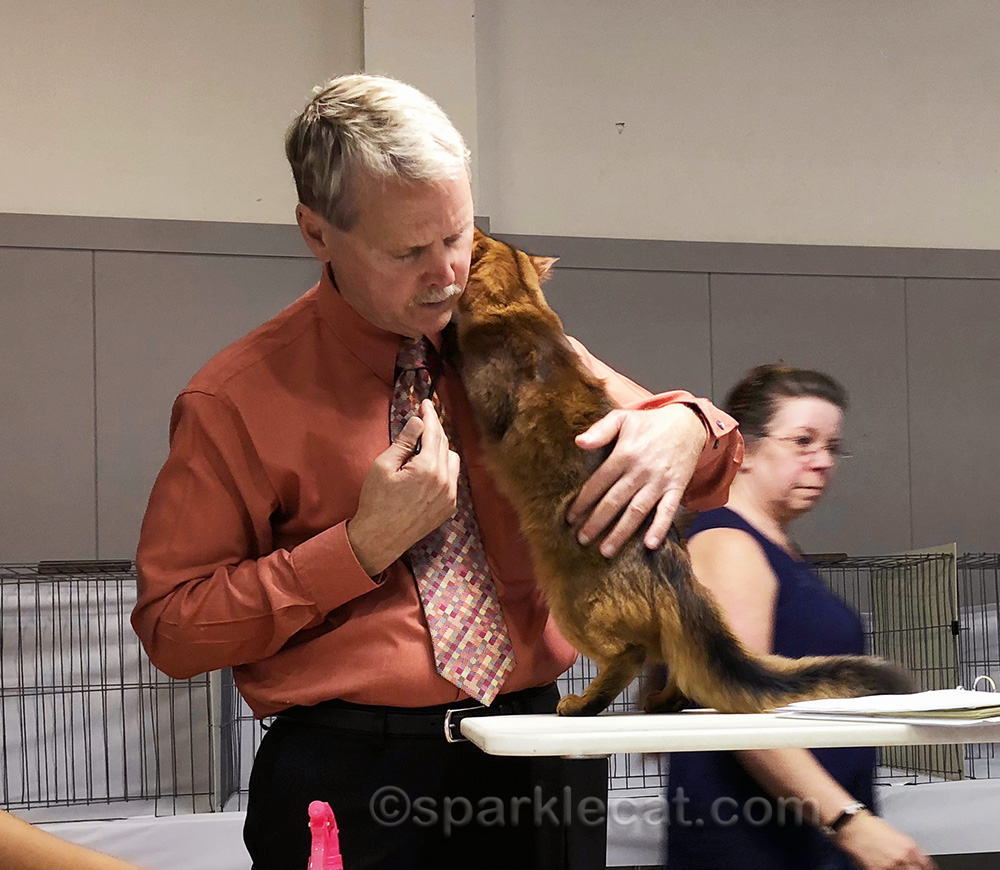 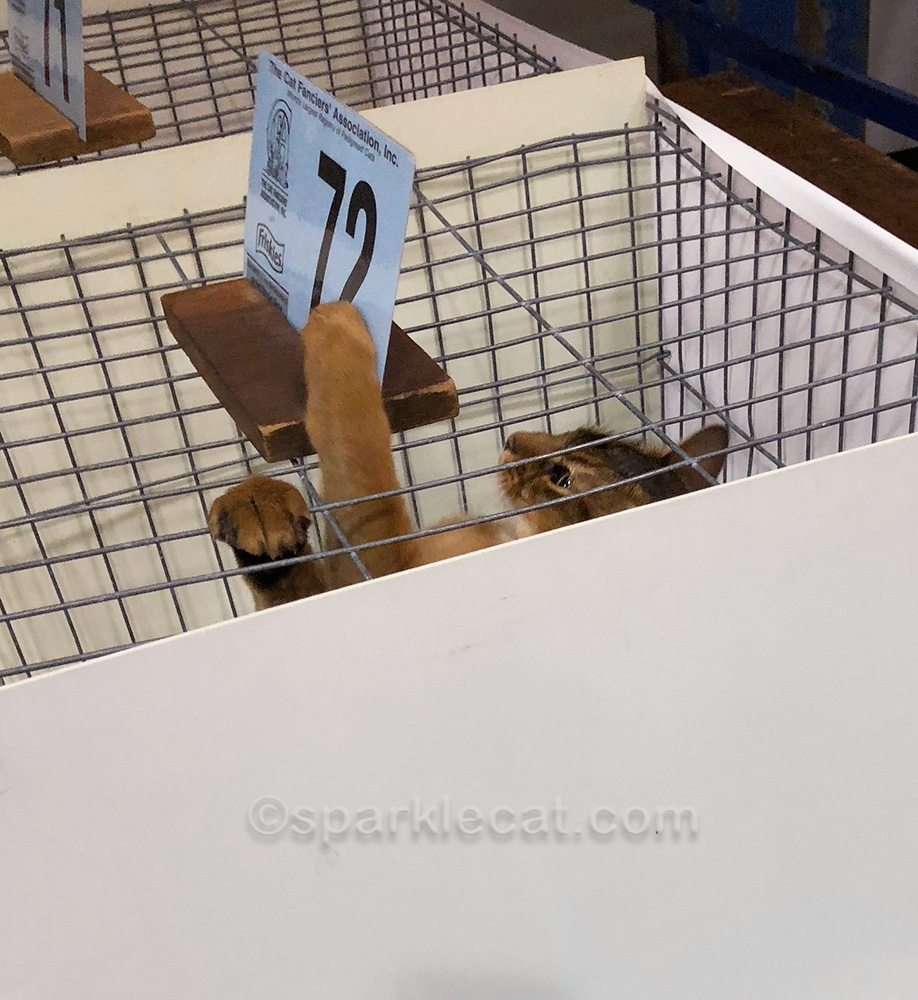 Chase wound up having a lot of fun… and causing a little trouble! 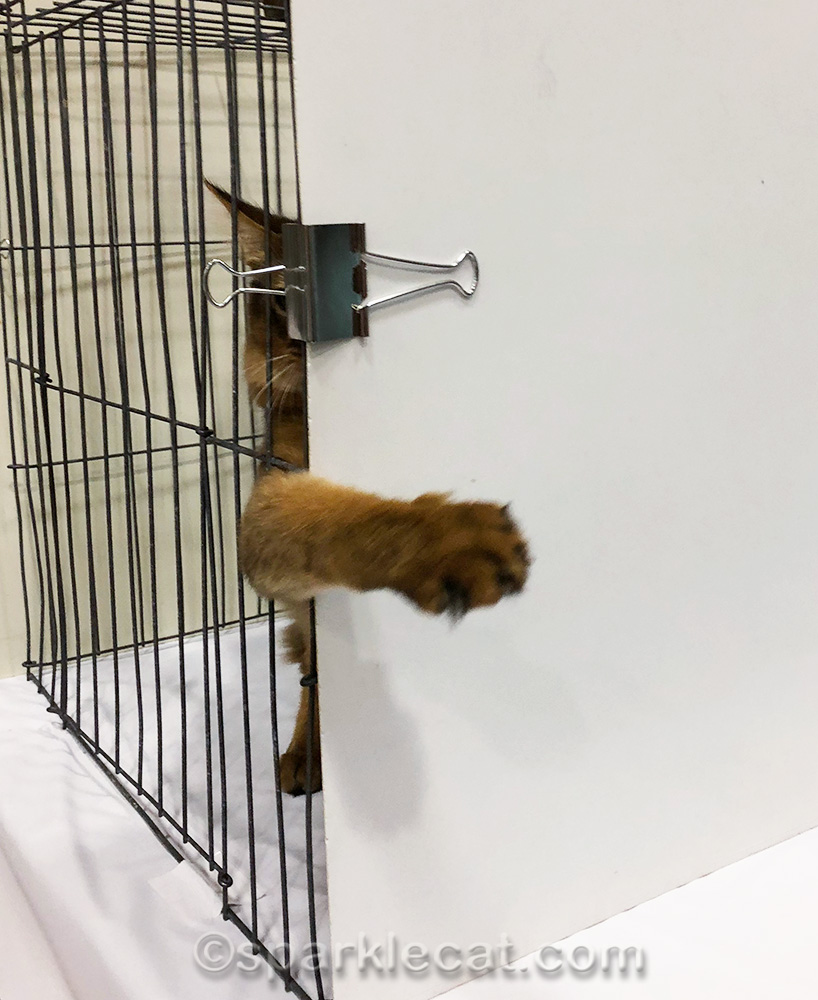 Anytime someone was near him in the judging ring, he’d put out his paw ask for attention, and some playtime. 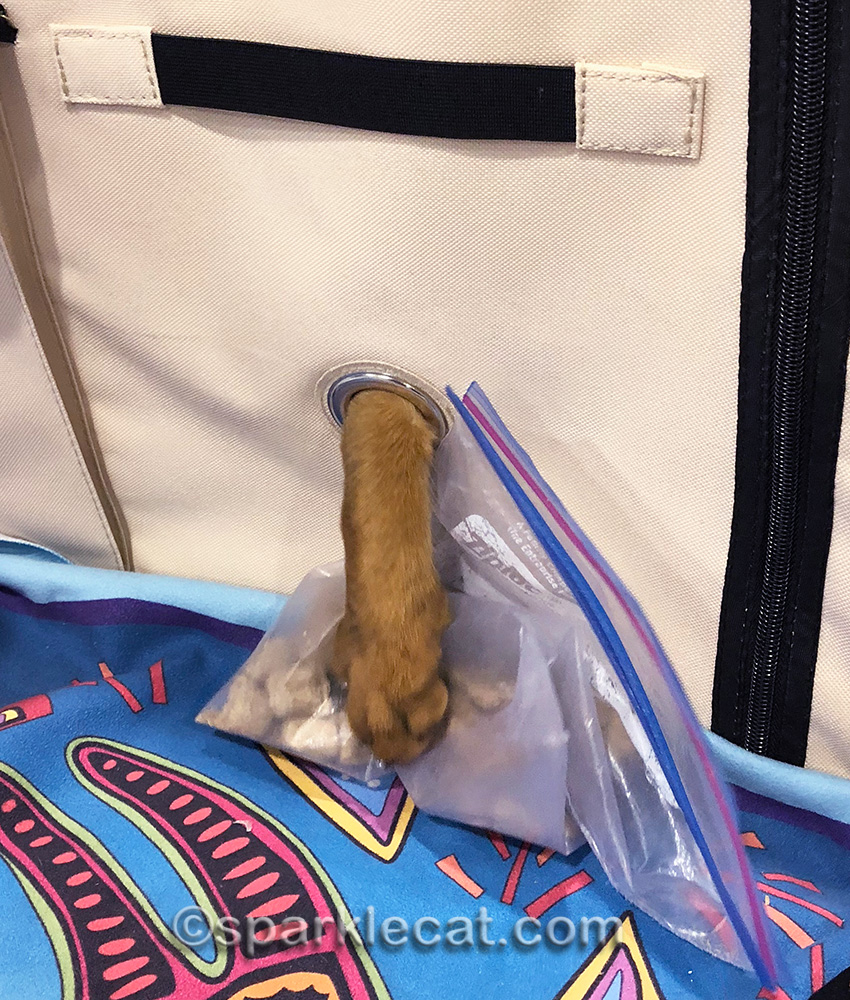 The enclosure he was sharing with his brother had a small hole. I’m not sure what it was really for, but he thought it was for reaching out and stealing food. Obi learned about it too, and started using it to grab for toys. 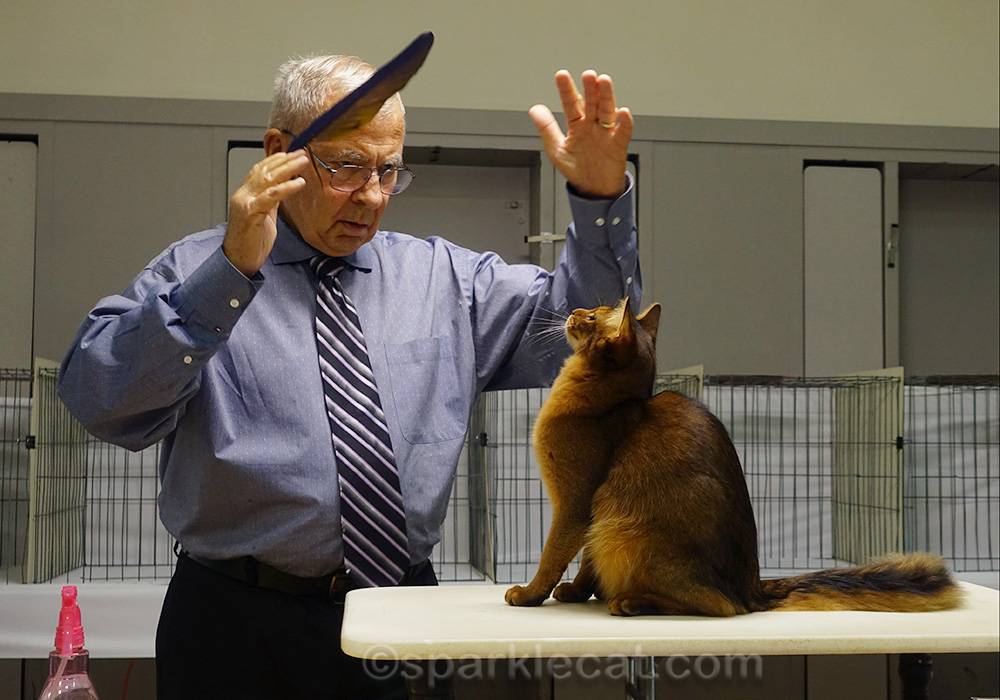 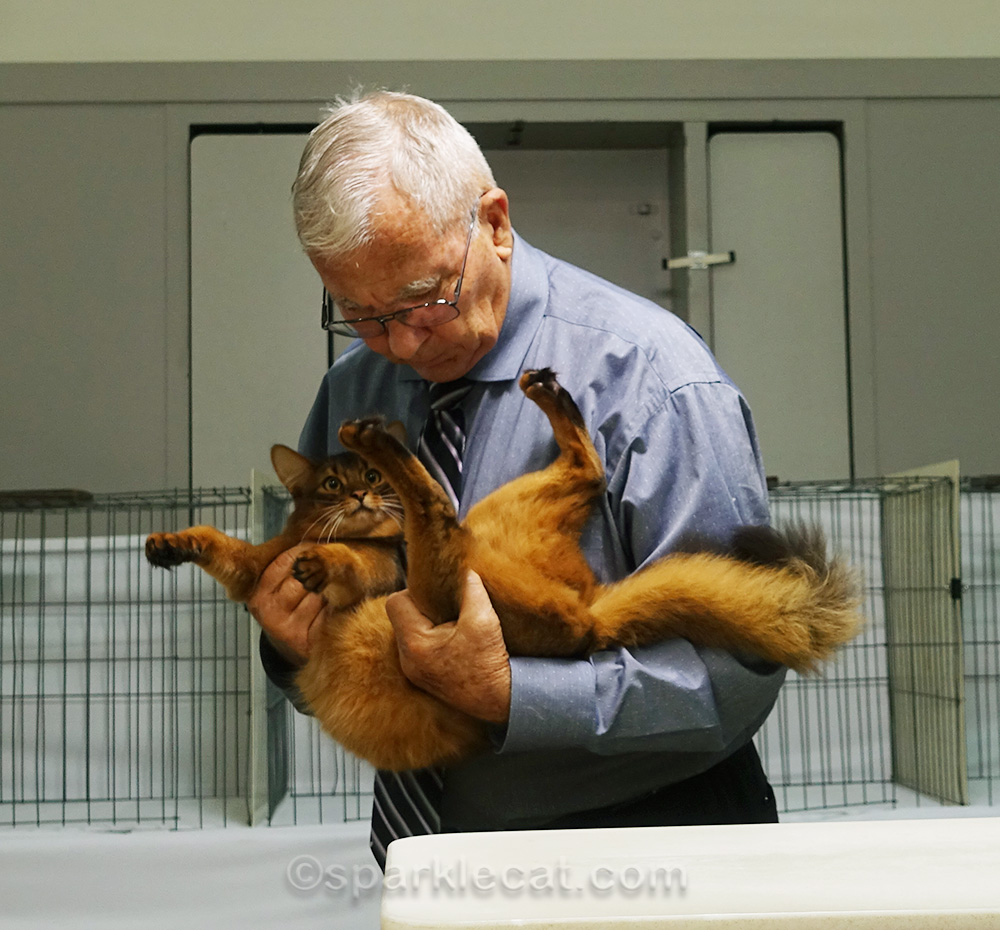 Sometimes the judges do weird things to us kitties! Nothing throws Obi, though, and he wound up being Best Kitten over all the other kittens in that particular ring. 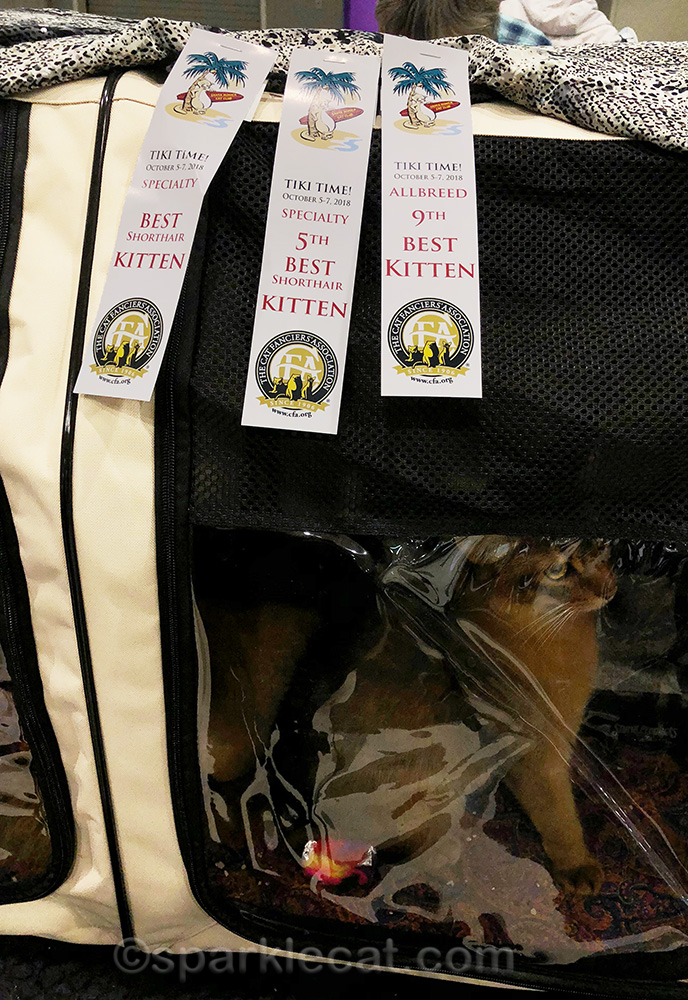 Overall, Obi got three finals, including the one in which he was Best. This was a very competitive show, so he did good! 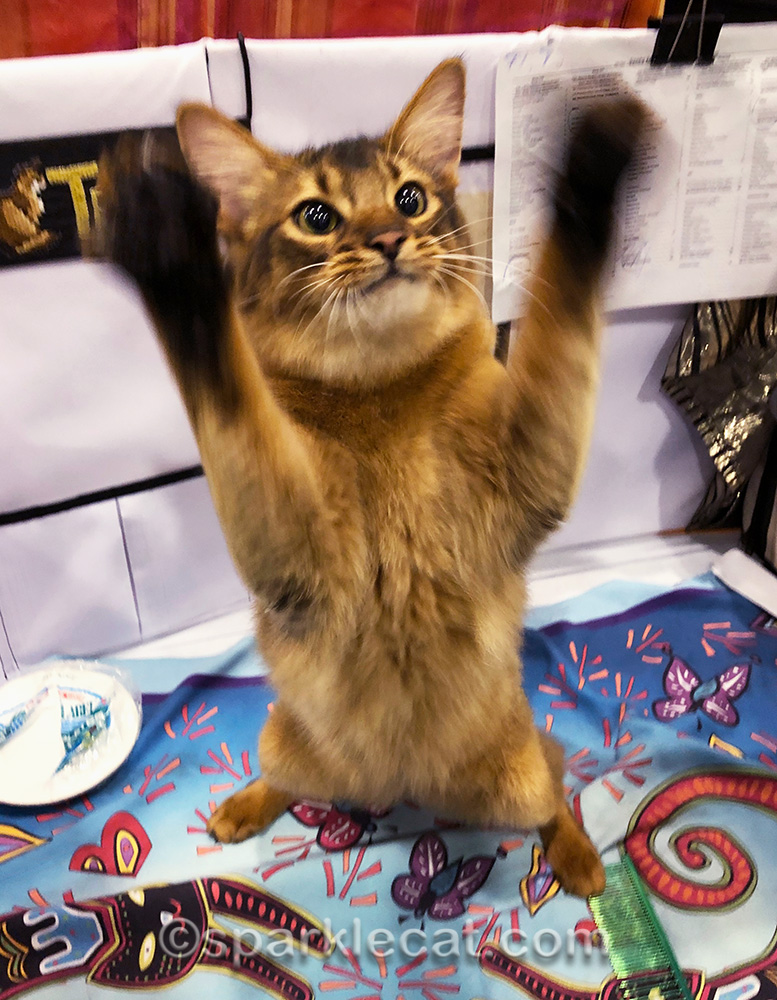 Although Chase didn’t bring home any ribbons, he still had a great time and a good show. And he proved that he was a happy boy and open to lots of new things. So he is ready for his journey! 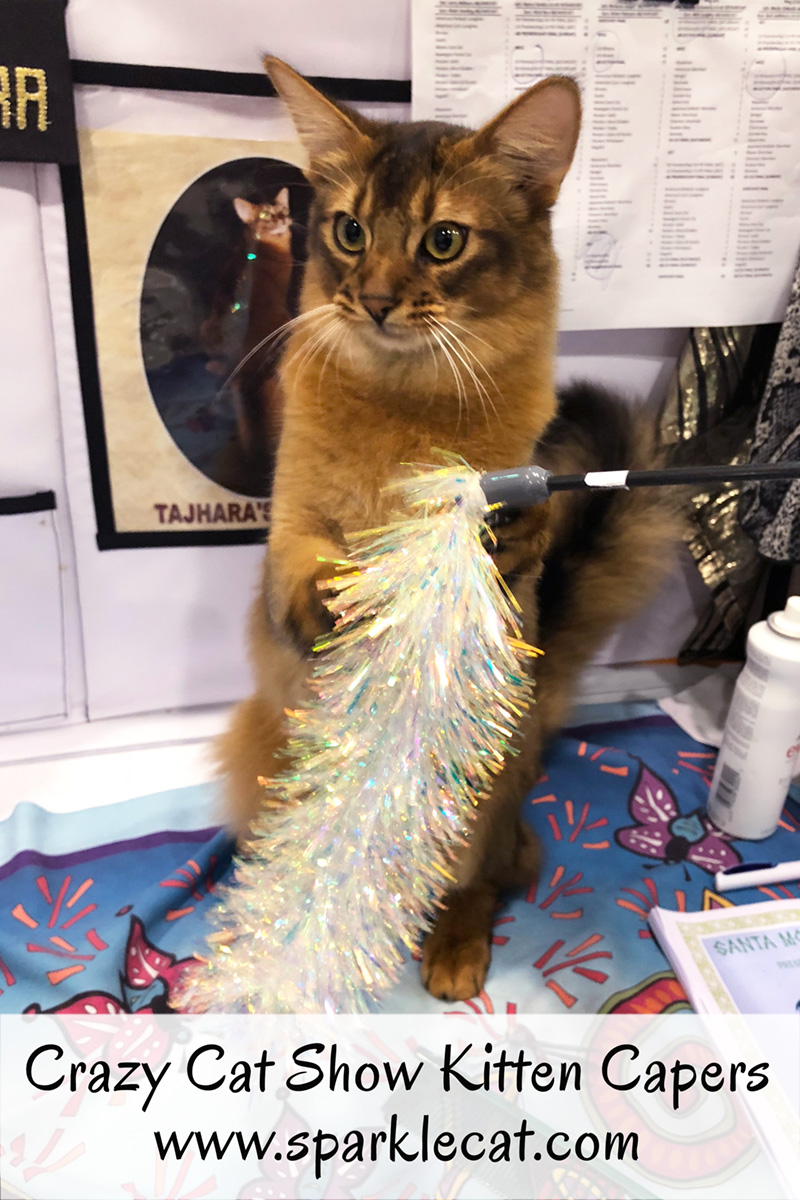