You are here: Home / Diary / Commenthon for My Human’s Birthday! 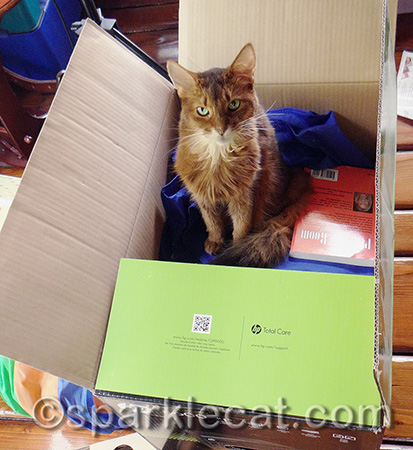 Here I am, reporting from a box that has not been unpacked since the unfortunate ant extermination incident. And it won’t be unpacked today, I can guarantee you that, because it is my human’s birthday! And she has a birthday tradition that has gone on for many years: she only does what she wants on her birthday. And she does not want to spend time unpacking boxes!

But there is one thing she for sure wants to do, and that is donate money to a cat rescue! Binga has already raided her bank account. 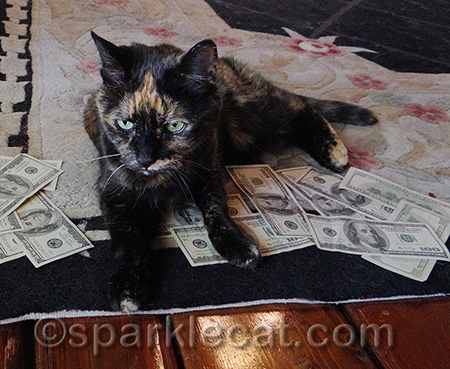 I put it up to a vote and the majority of you kitties told me you wanted today’s commenthon to benefit Winging Cat Rescue! My human was happy when she saw the votes come in because she has followed them for many, many years, even back when I was on MySpace, and we all know how long ago that was! I only knew a few of you back then. Winging Cat Rescue will also be the group I support if I win Best Cat Blog in the Petties. (Remember to vote for me!)

Let me tell you a little bit about Winging Cat Rescue. It was the first rescue I knew about that raised funds completely on the internet! They were spreading the word on MySpace back in 2006! They rescue kitties from high kill shelters in Georgia and help find them homes. A lot of rescues now do the same thing — save kitties from being euthanized and raise funds for them on the internet — but Winging Cat Rescue was one of the first, if not the first to do it so effectively! My human was so impressed by the work they did that she wrote about them for Cat Fancy! After all these years, Winging Cat Rescue is still working hard to save kitties and help spay and neuter efforts in Georgia.

My human was so thrilled about Winging Cat Rescue getting the most votes, that she says she will donate $1 for each comment on this post over the next 48 hours — up to $150! So let’s see if together we can hit the max. 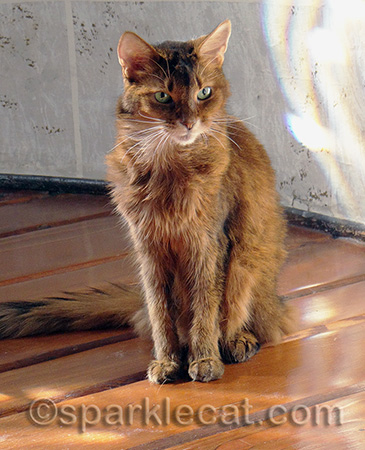 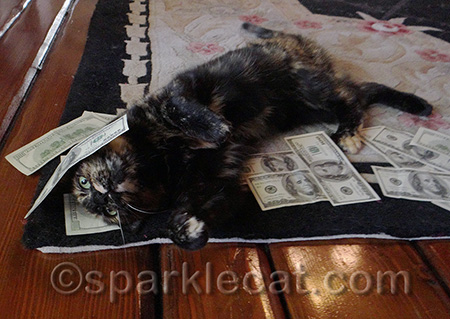 I think Binga believes she can keep some of that money — I had better go set her straight! This is a commenthon, not a Bingathon!