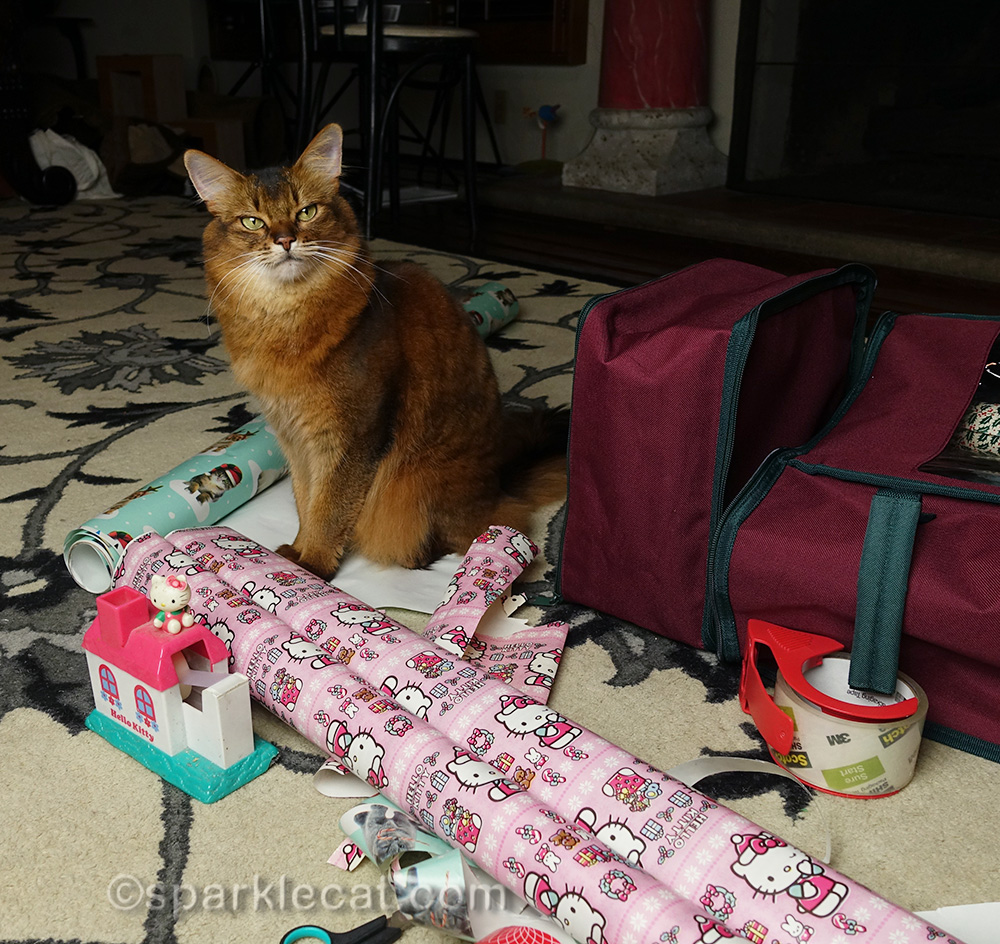 Talk about leaving things till the last minute! My human is just getting around to the Christmas wrapping now. 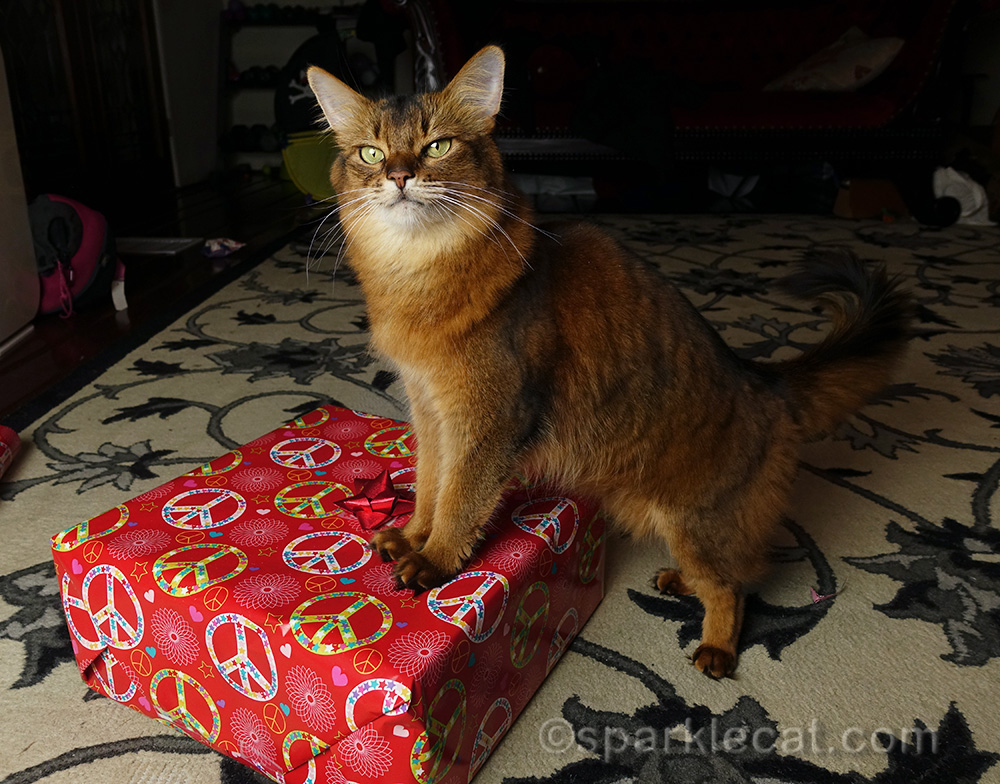 She does not really have any family, so she only had one human gift to wrap. We kitties aren’t getting anything because we already have so much! We said we didn’t want anything this year. Well, maybe Binga didn’t say that, so I said it for her. I hope she don’t pull out her whapping paw. 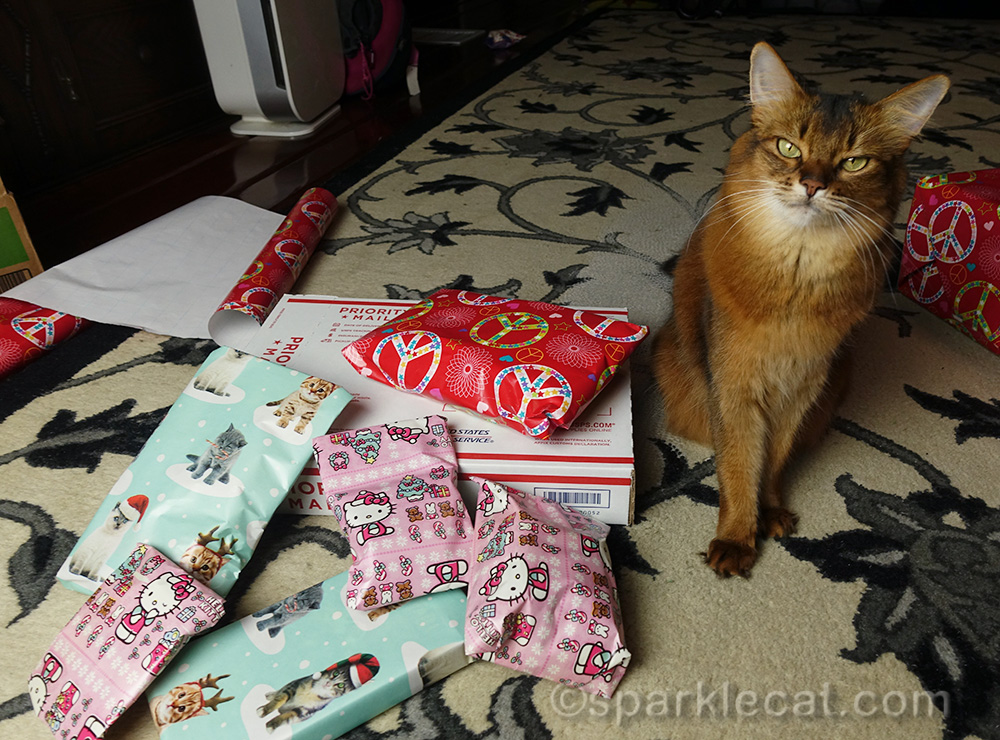 The important task was wrapping the gifts for my Secret Paws recipient. My human and I spent the past few weeks looking for things, and then my human was going to order something off Etsy, and then she forgot and wound up scrambling at the last minute. The past few months have been like that for her. I hope she gets unscrambled in the new year! Anyhow we completed the shopping on Tuesday, and wrapped everything that very night. 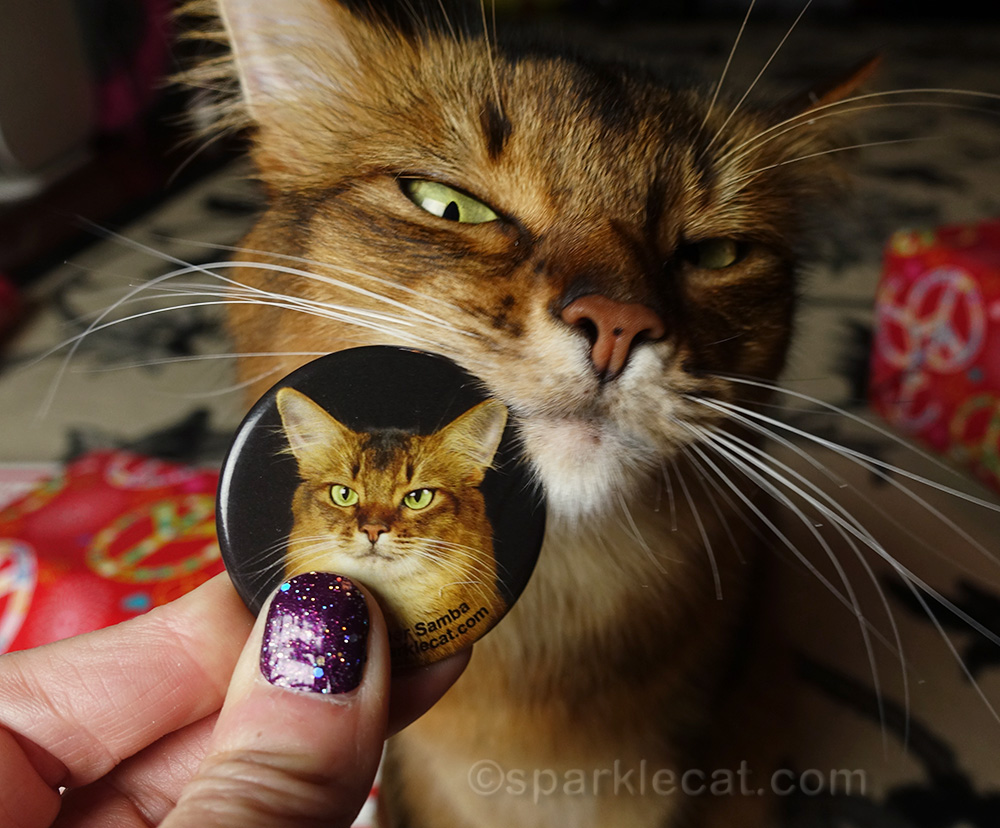 I can’t show you what we got, of course, in case my Secret Paws recipient stops by here. But I can show you that we included one of my limited edition refrigerator magnets! It’s wrapped in one of the gifts — I hope they don’t lose it! 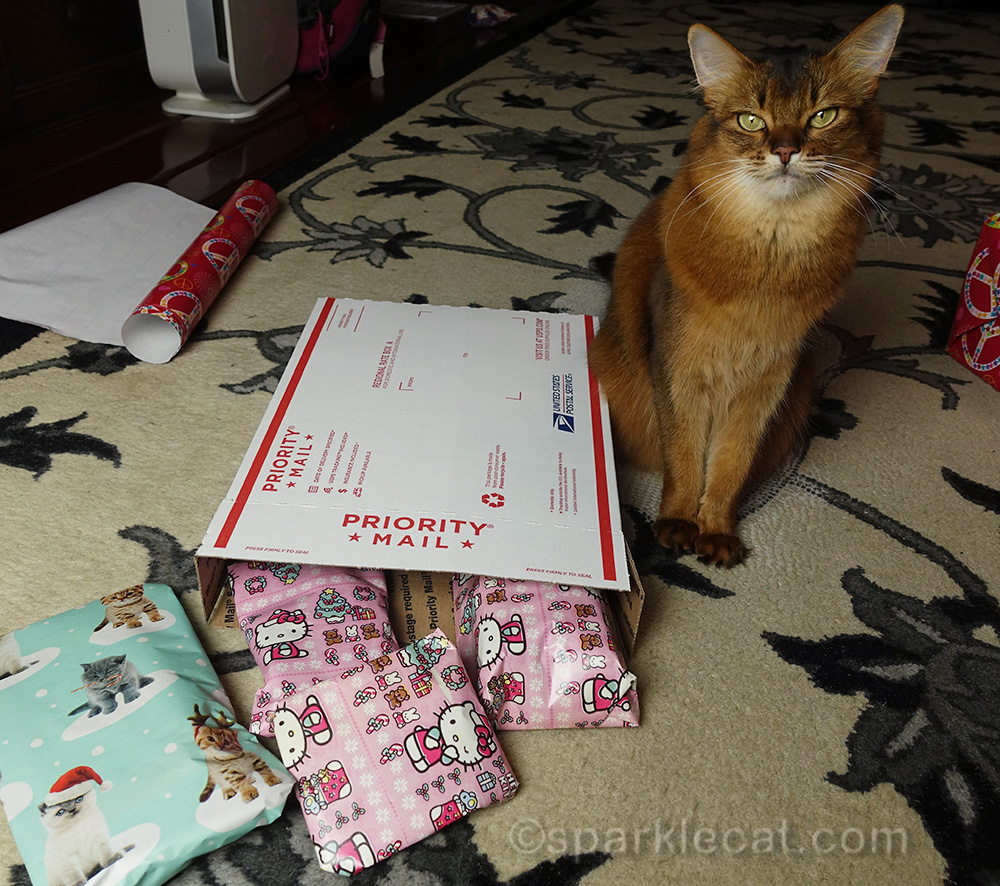 We boxed everything up in a Priority Mail Regional Rate Box A. That’s a secret the post office doesn’t advertise, because it’s less than almost all the other Priority Mail choices. You have to get it online, and choose the “calculate the price” option instead of the “view flat rate boxes” option (even though it is a flat rate box). my human saved two or three dollars on shipping that way. My human is dropping it off at the post office first thing Wednesday morning. 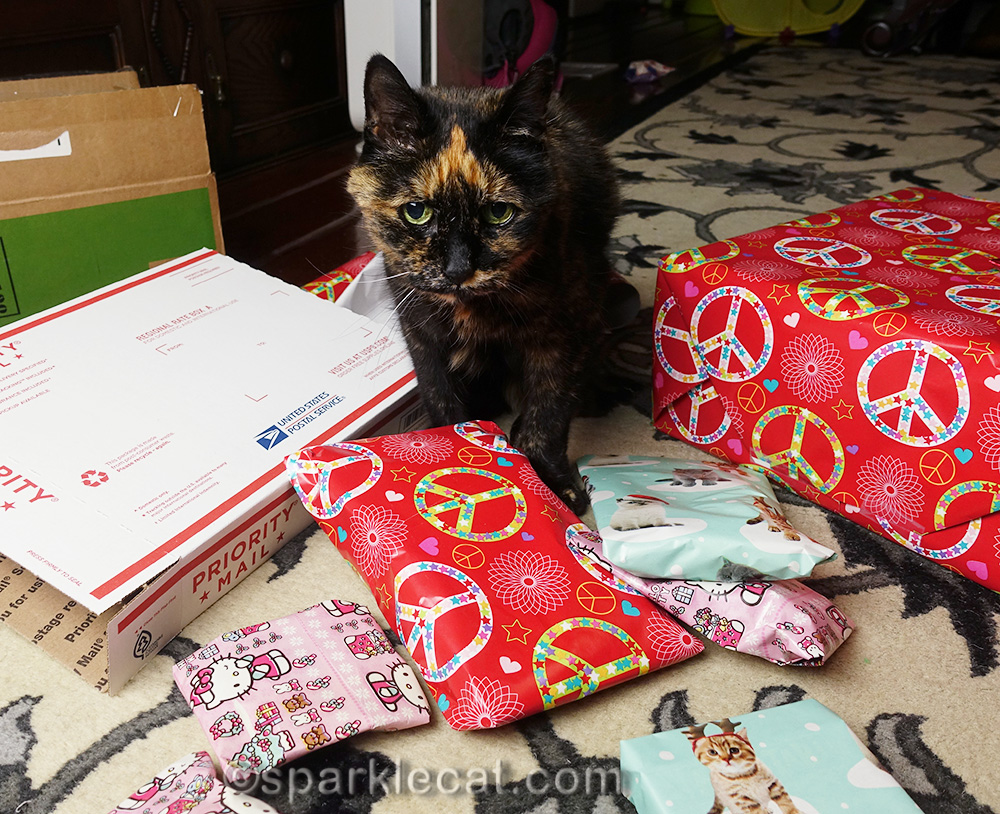 I just want to say that Binga slept through all the wrapping, and showed up after we finished. Then she tried to pretend she helped so she could get a treat.