You are here: Home / Diary / Christmas Eve: The Good, the Bad and the Ugly

Okay, the truth is that it was mostly good. But let’s start with the bad and ugly. 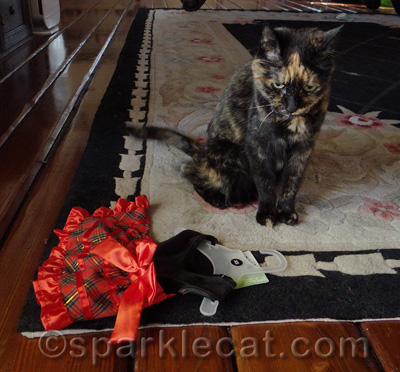 There was an outfit to be worn. 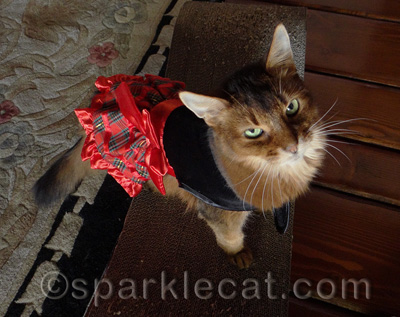 It was too big for me. Can you see how much the front strap sticks out? 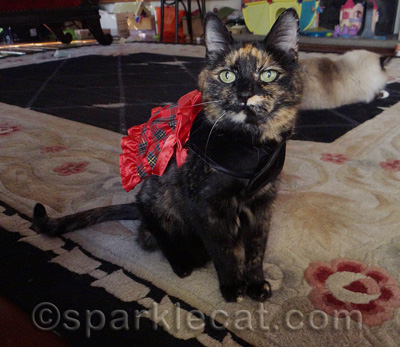 It fit Binga much better, but in spite of her benign expression here, wearing it put her in a really bad mood. Boodie lucks out. She never has to wear anything because she’s shy and my human feels sorry for her. I don’t know why she does not feel equally sorry for me or Binga after we’ve been stuck wearing these things. 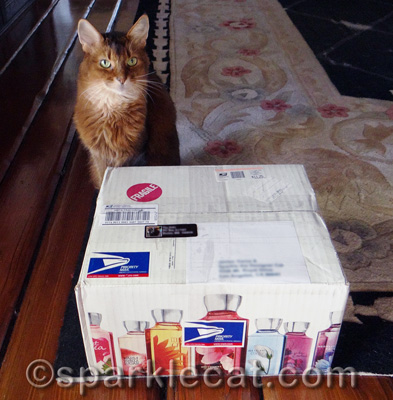 The good was that I got a nice surprise package from my Daily Abyssinian friends, Jacoby and his human! 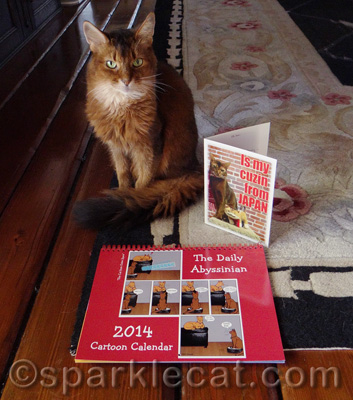 It included a cute card and a 2014 kitty cartoon calendar that Jake’s human created. 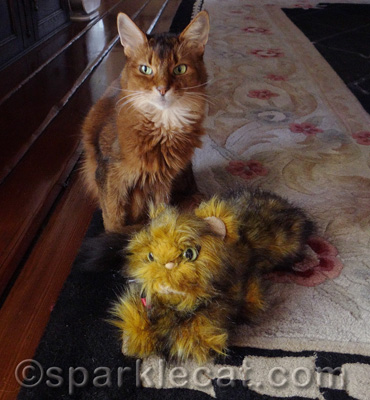 In fact, Jake’s human is really creative! The big surprise was this Somali stuffie that she made herself! She has done plush Abys before, but I think this is the first time she has tried a Somali. 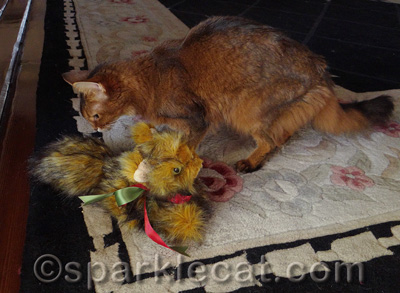 Its tail is even bigger than mine! I am kind of envious. 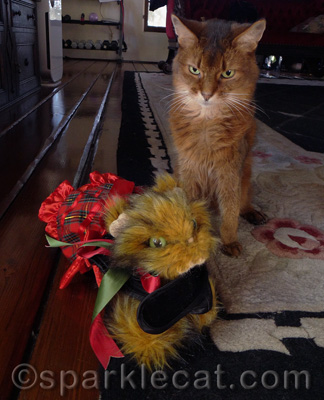 On top of being such a wonderfully sweet and generous gesture, giving us this Somali stuffie solved the problem of what to do with the dress after Binga and I rejected it. Thanks so much, Jake and Coco! You are both awesome! 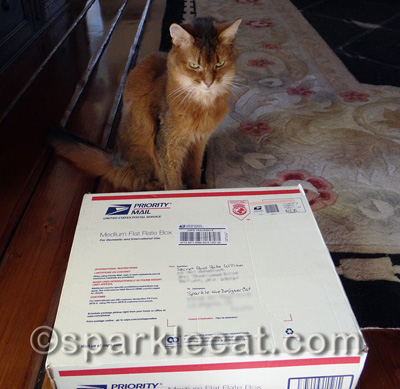 I also got my Secret Paws presents just in time to open them up on Christmas Eve! They are from my new friend Spike William. I have only known him for a few months, but I knew the kitties before him, Willow and China Cat, for several years. In fact one year, I got to send them Secret Paws gifts. Sadly, they both died this past year, Willow in March and China Cat in July. Spike was adopted in time to know China Cat a little. He is still young and quite lively! 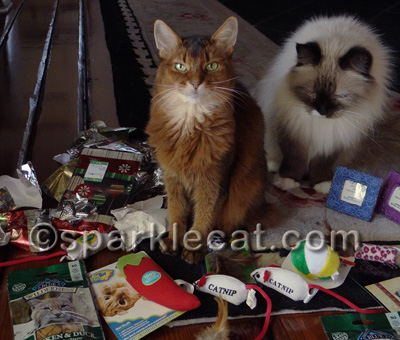 Look at all these awesome gifts! As soon as my human has a break between the holiday parties she is attending with her boyfriend, I will have her edit the rest of the photos so I can put them up on the Secret Paws 2013 blog!