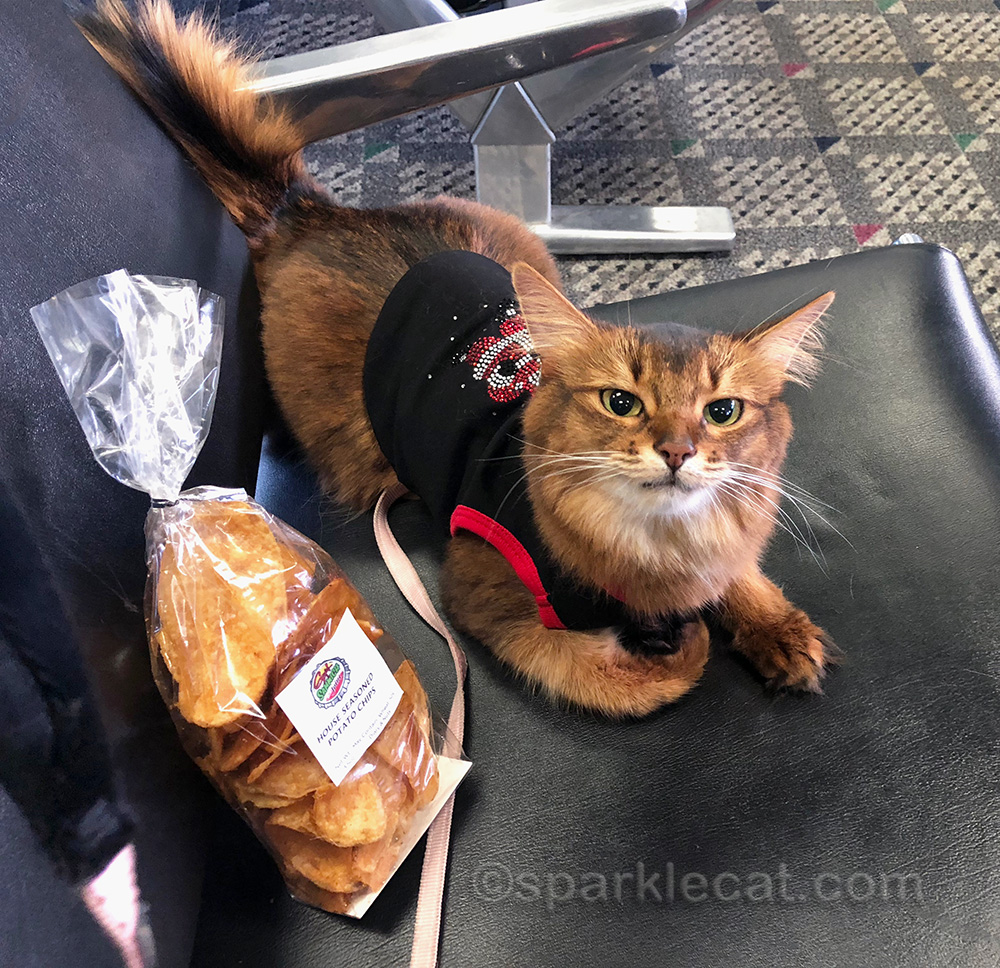 It’s been a while since I’ve been on a plane, and it was so nice to be back at Burbank airport! There is a pet concession stand in the terminal, and we always stop by. This time they had some festive holiday clothes, and my human got me a rhinestone Santa t-shirt. She got 10% off for bringing me to the airport! 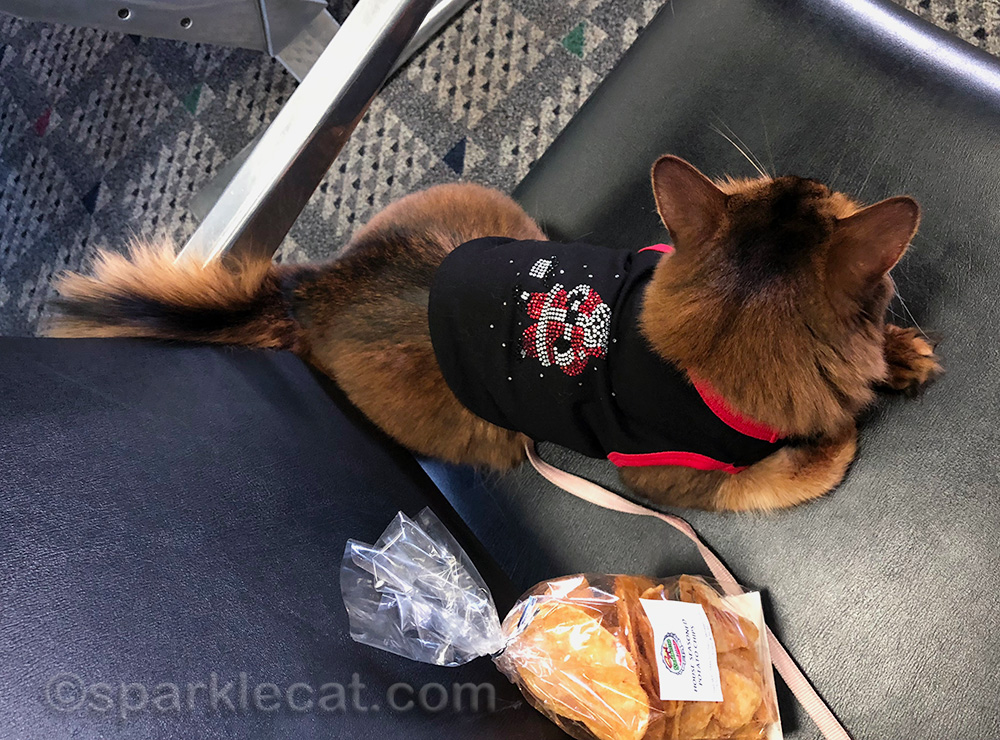 Here’s a better view of the rhinestone Santa. That bag next to me contains house made potato chips — my human’s breakfast. She’s really not a big potato chip fan, but she can’t resist freshly made chips. As usual, I was a big hit with the travelers! Everybody is always so surprised I’m so calm. I don’t see why — I’m just waiting for my flight like everyone else. 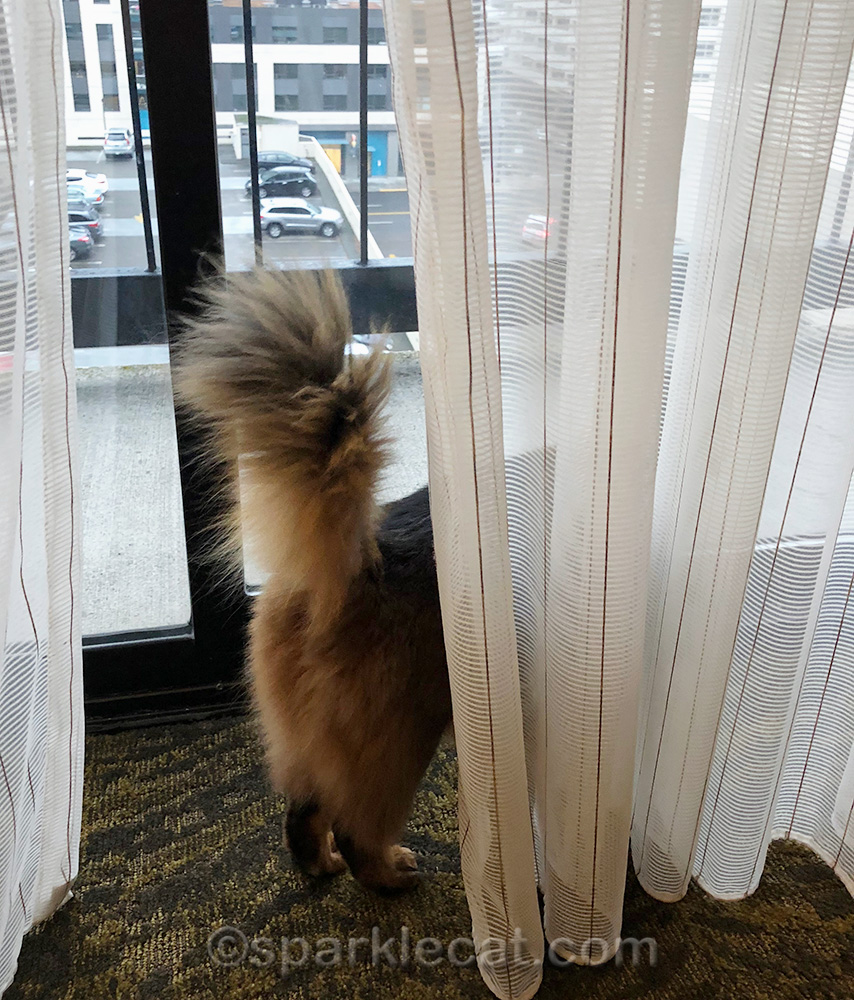 After an uneventful flight, we arrived at the hotel. We are on the eighth floor, so there is something of a view. Although it may not have looked all that exciting to most humans, I liked looking out! 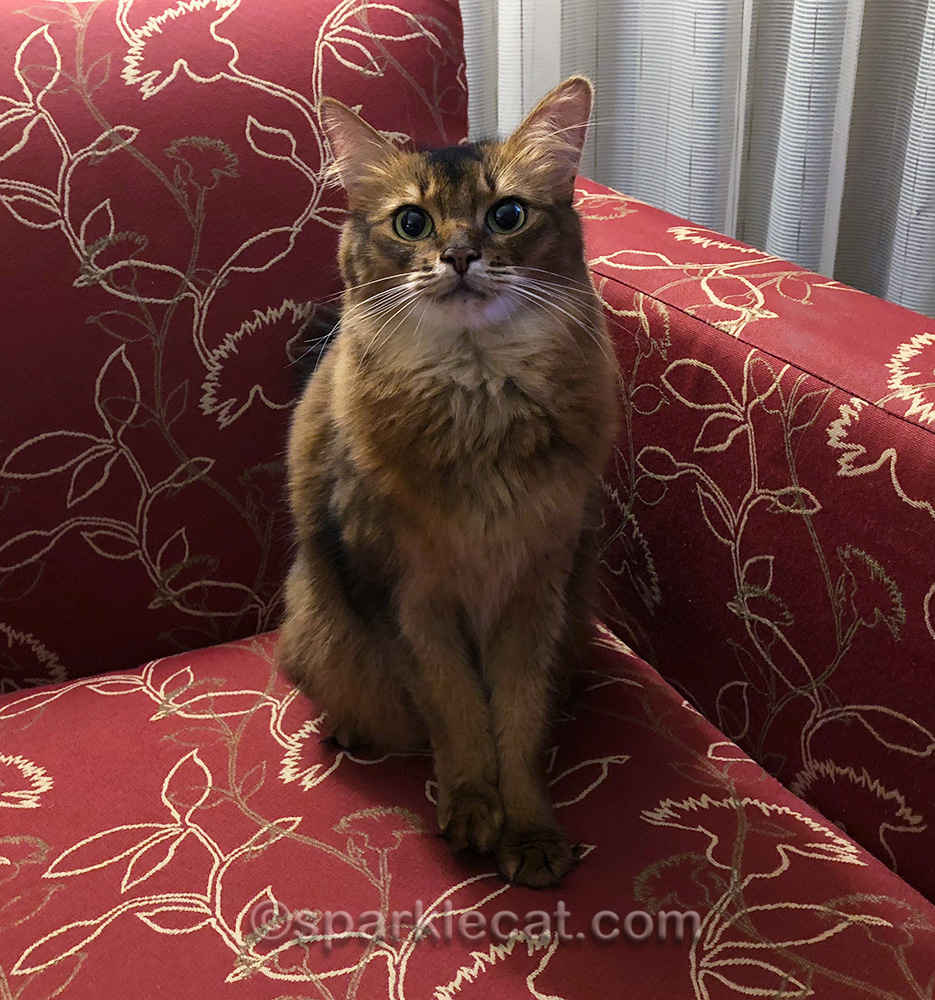 There’s also an awesome comfy chair. I hope my human wasn’t planning on using it much. 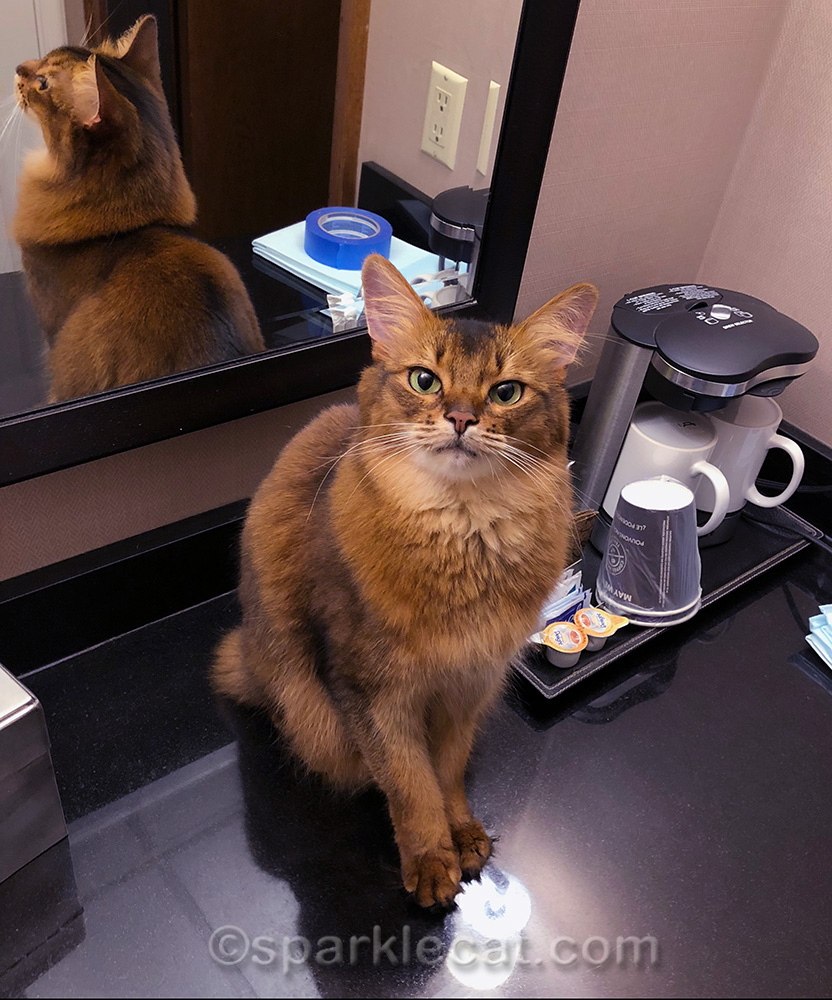 The vanity counter is nice to sit on too. Does anyone actually use those coffee makers? My human never does. 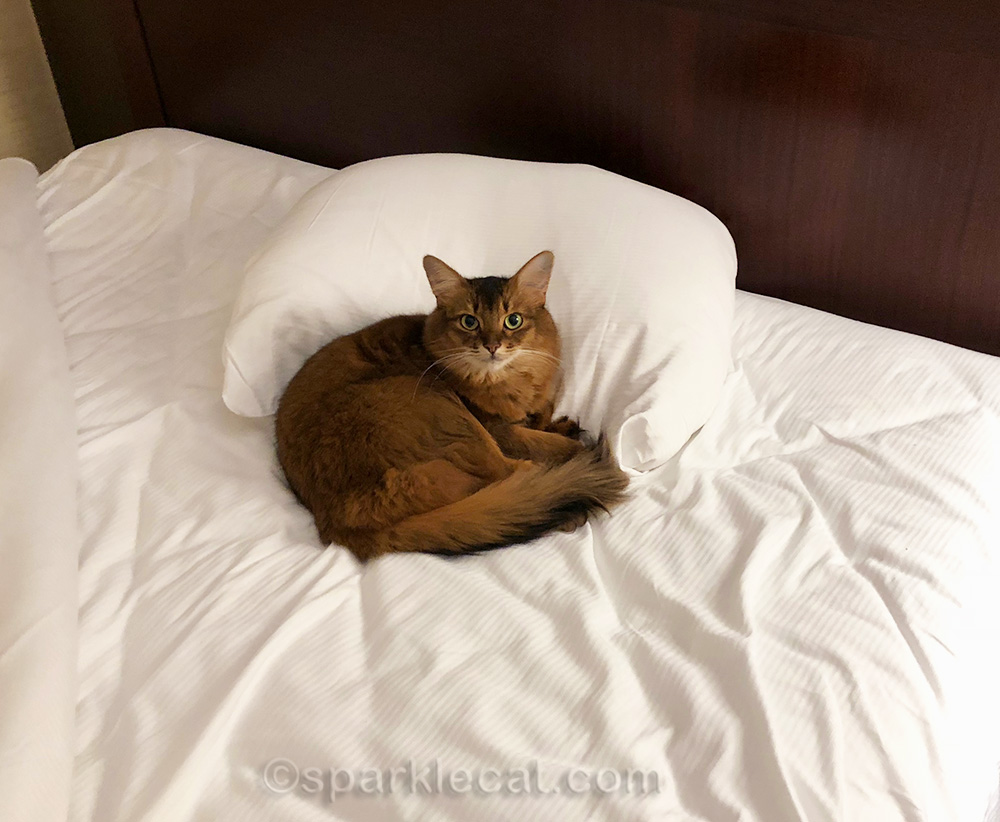 It was a tiring travel day, so I decided to turn in early. My human always stuffs pillows behind the headboards to keep me from crawling behind the bed. (Often it’s an unsuccessful endeavor.) So she winds up with only one pillow actually on the bed. And that is my pillow tonight!