You are here: Home / Diary / Caturday Flashback With Binga and Boodie 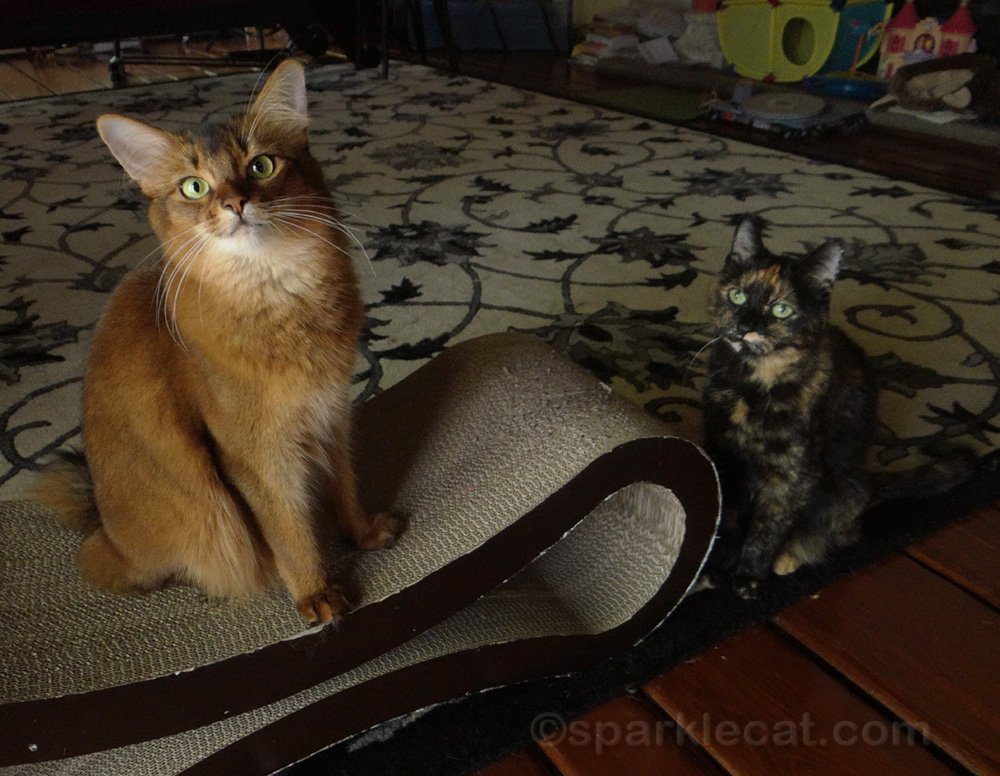 Can you believe that July 2015 was seven years ago? That’s a whole lifetime for me. I’m the only one using the scratch lounger now, but back then, Binga and I used to battle for this prime real estate. 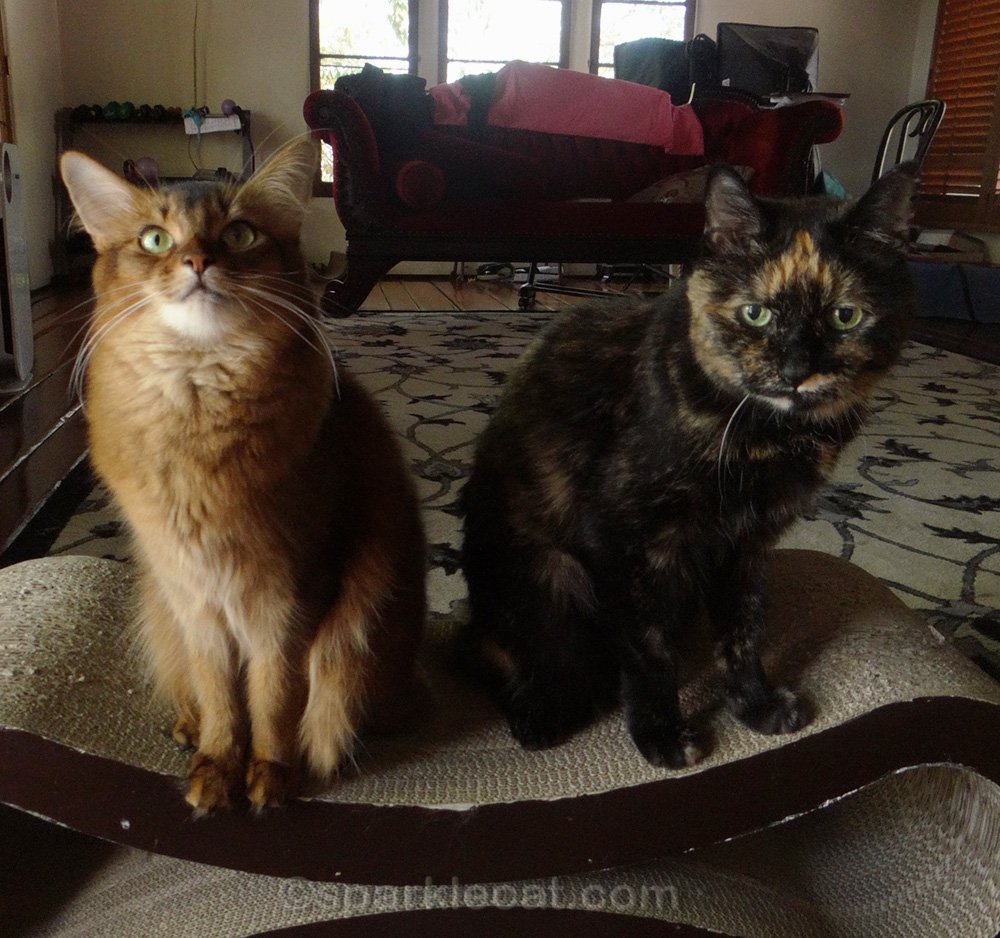 Ignore appearances here — there was never such a thing as a draw. 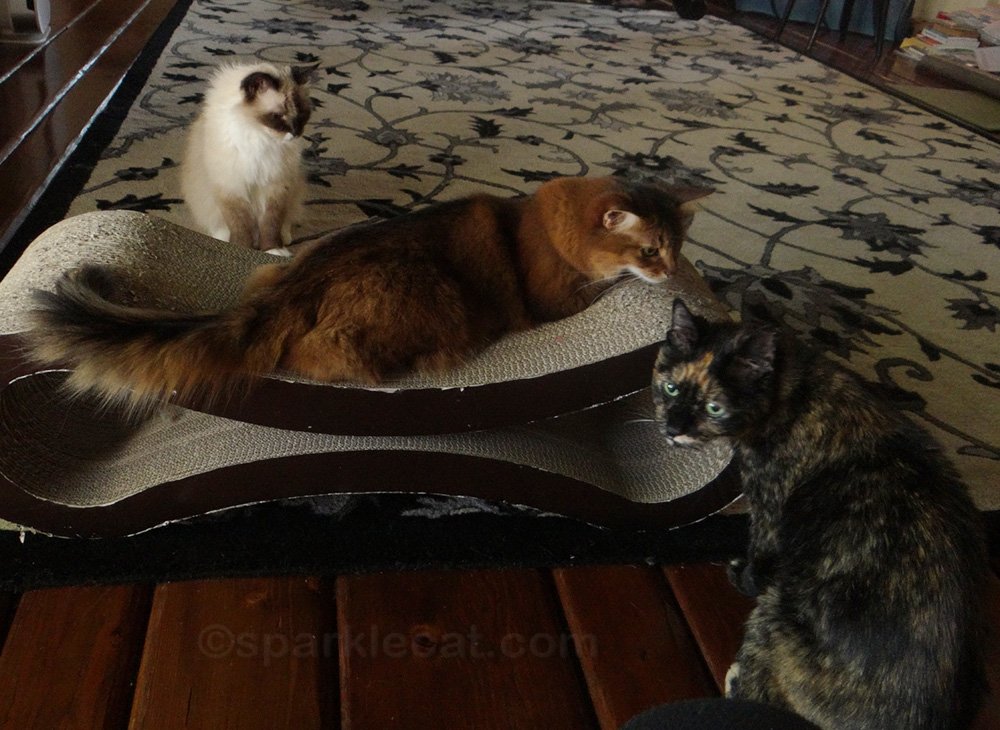 Boodie never got involved in my disputes with Binga. But she was often on the sidelines, watching. 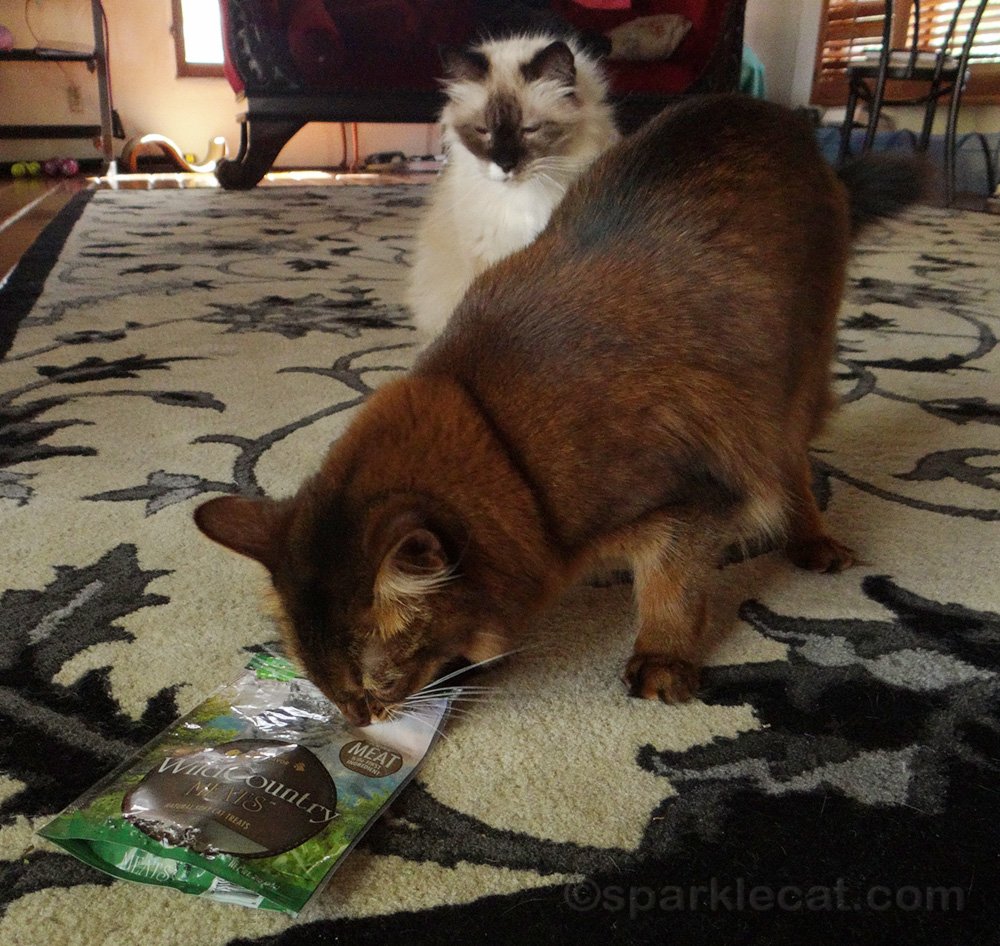 She did that a lot. Maybe this time she was hoping to snag a few of the treats I was trying to steal. 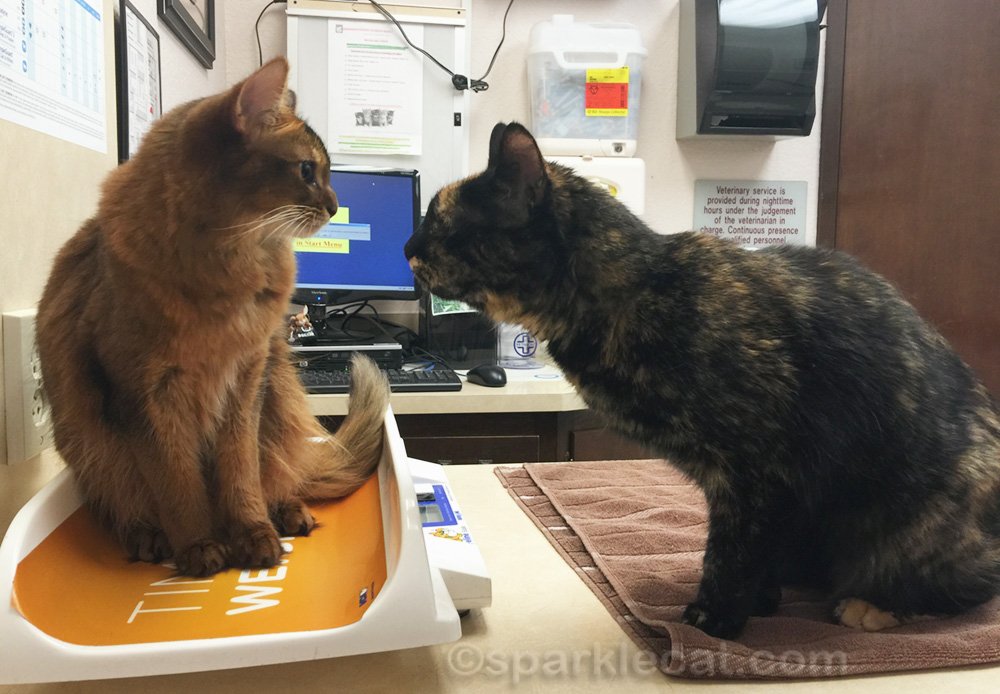 Binga had to go to the vet that month, and as often happened, I came along. My human considered it therapy cat practice. I think Binga considered it a bother.

I hope you enjoyed today’s flashback!