I’m going back to July 2015 for some flashback outtakes. The best part is that these photos are never seen before! Which can be difficult, considering how often I do outtake posts. 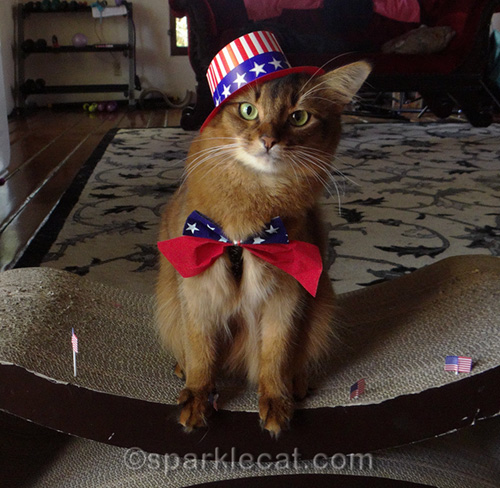 Here is one photo session that resulted in an outtake post — but this picture didn’t make it in. Trust me, there were lots to choose from. 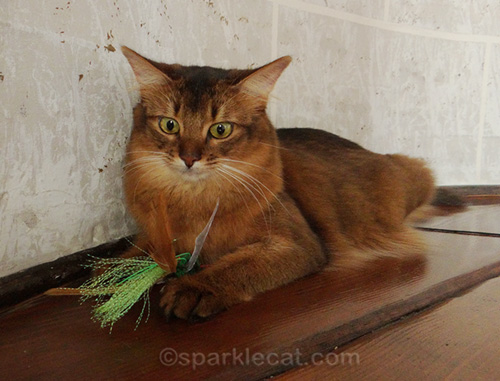 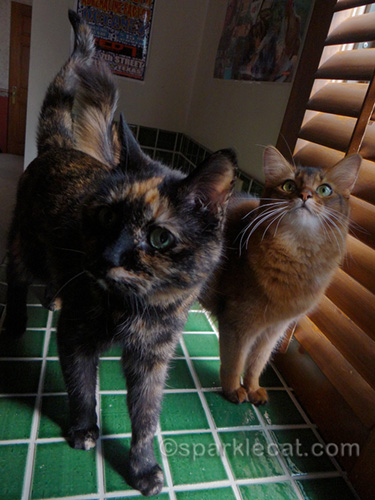 I’m not sure what Binga and I were doing on the bathroom counter, but if you look closely, our tails are touching! 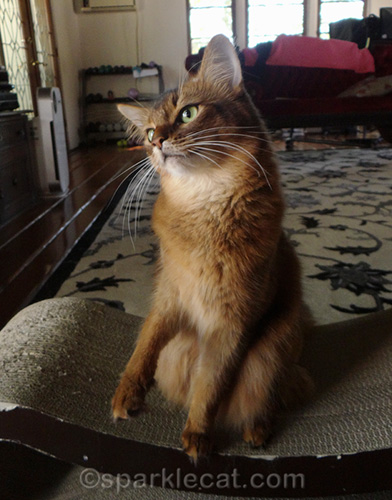 I don’t remember much about this photo session, other than I was posing nicely in some of the pictures, and sitting up for treats in a bunch of other, blurrier pics. This one fell somewhere in between and I wound up looking really awkward. 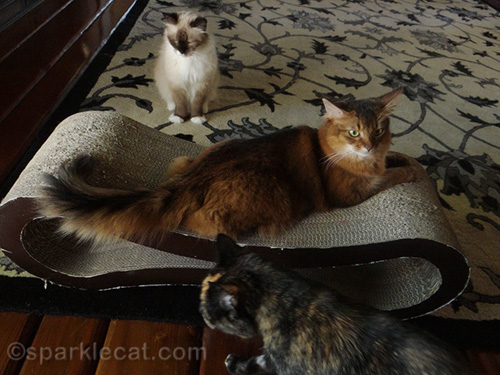 I’m not sure what we all were doing here, but I clearly look uncomfortable about it. 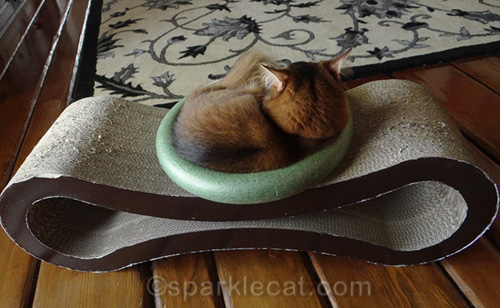 Why did my human take a photo of me from behind? This really says nothing. Sparkle could have pulled off that type of photo. With me, it just looks random. (You are probably wondering what happened to that scratcher lounge, since it’s in so many of these photos. It’s still around, just really too ratty to use in photo shoots anymore.)

I hope you enjoyed these never-before-seen outtakes!