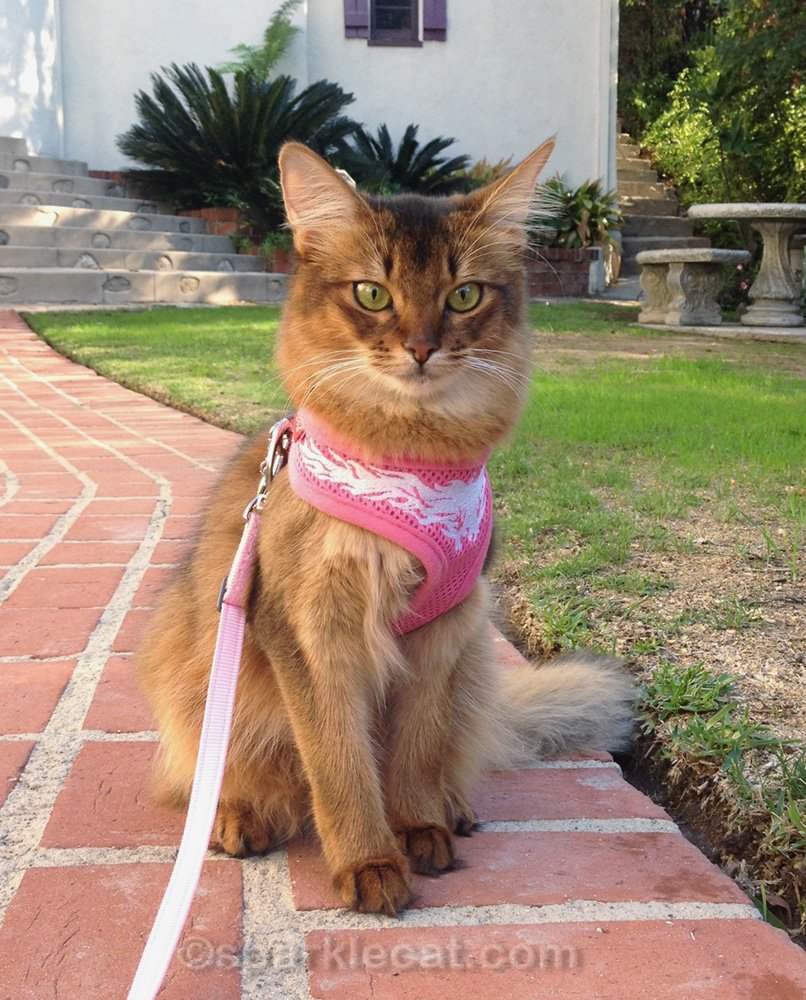 Here’s a Caturday Flashback that focuses on scenes from my very first holiday season. As you can see, it was a California holiday, meaning no snow and not terribly cold. Which was a good thing because I was a busy kitty! 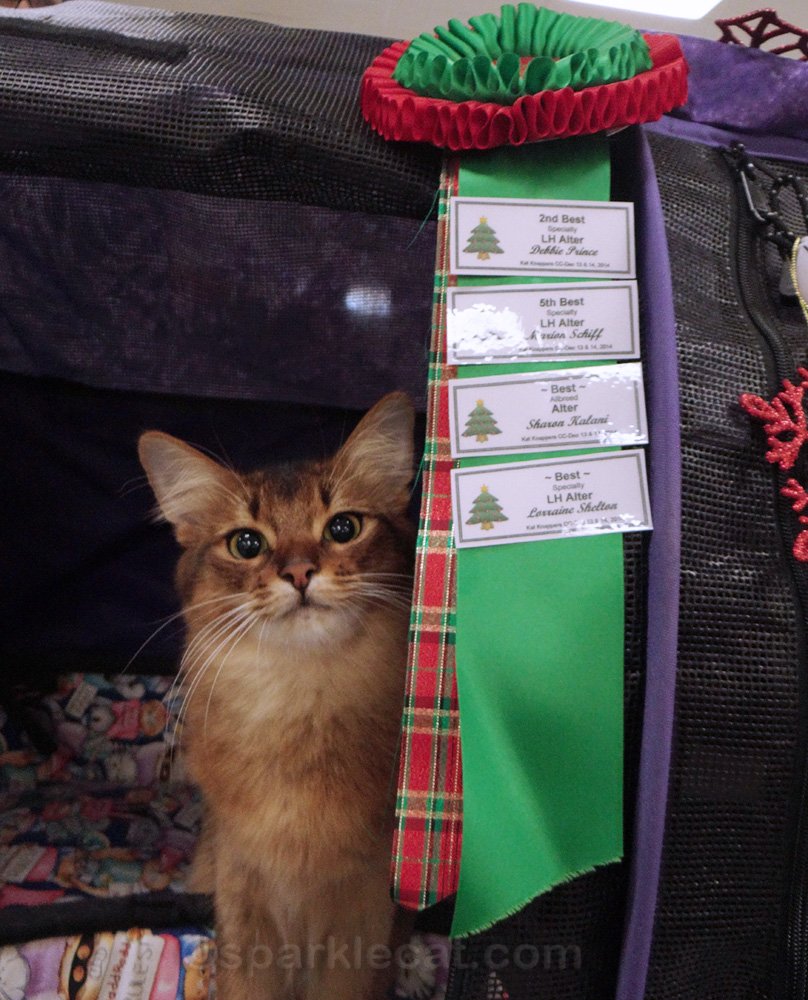 I was still competing in shows back then. In fact, I had just graduated from kitten to adult class the month before! 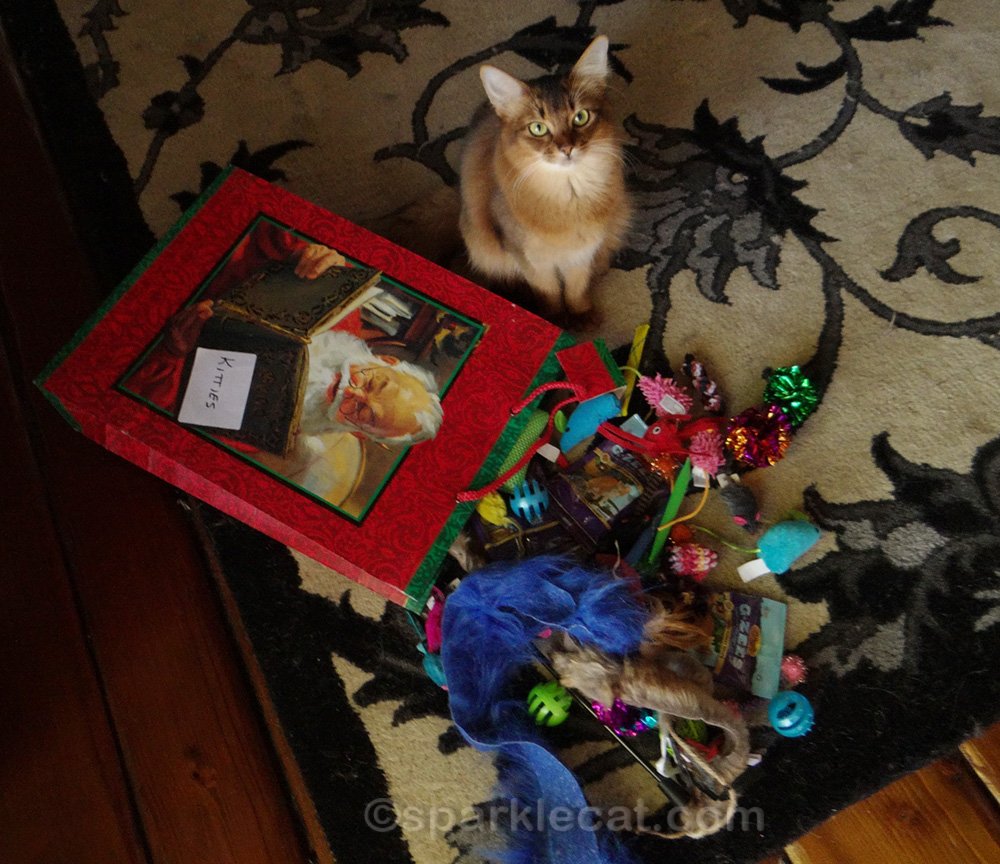 I also did something that year that hasn’t been done since. I had a drive for blogging kitties to donate cat toys to their local rescues. It was called the Santa Kitty Toy Hop, and it was very fun! The rescue we chose was Kitten Rescue. 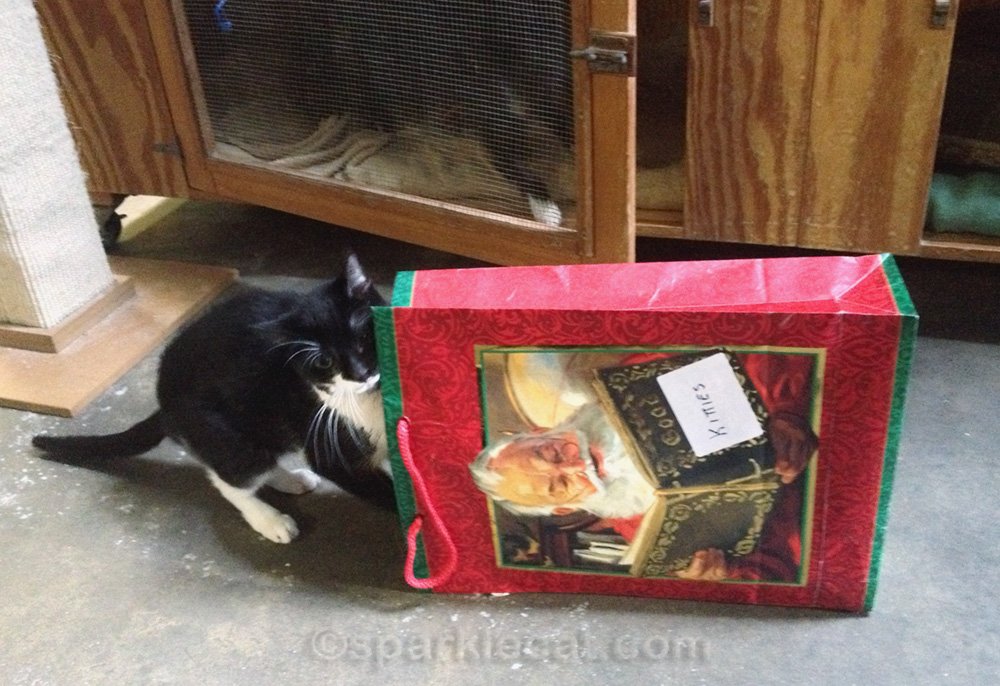 My human brought the bag of toys to the cats at the main house and they all had a great time. 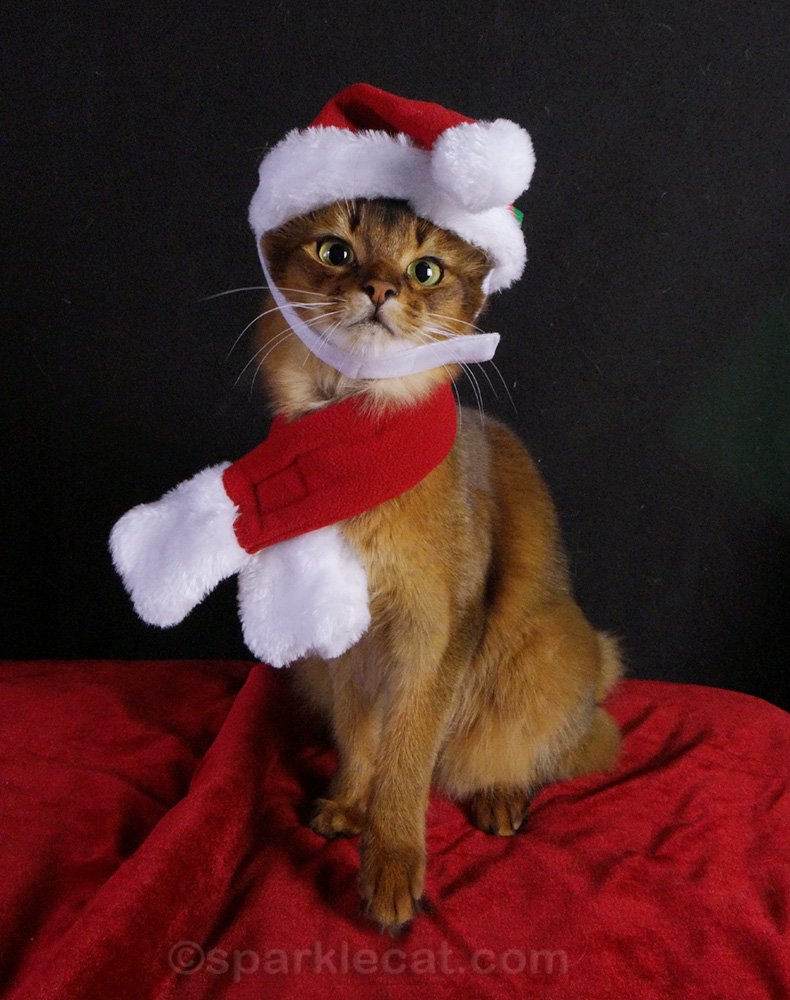 I also did some modeling. This photo wound up on a card in my Zazzle shop. 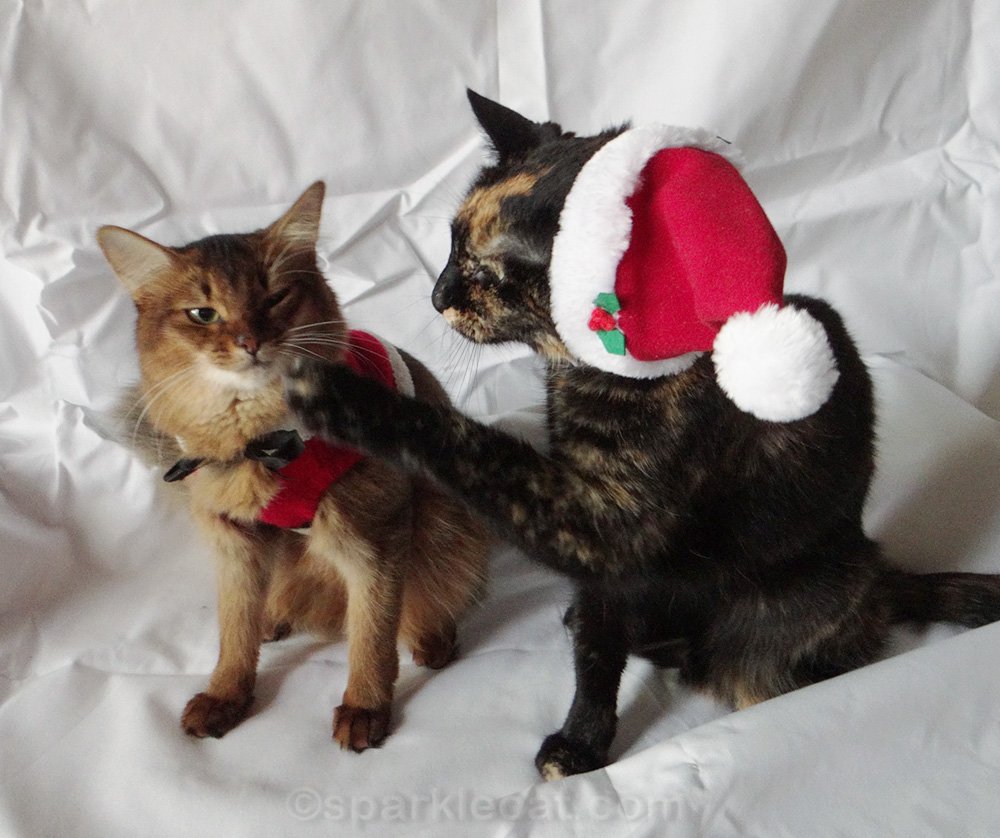 Of course Binga horned in on my photo shoots. 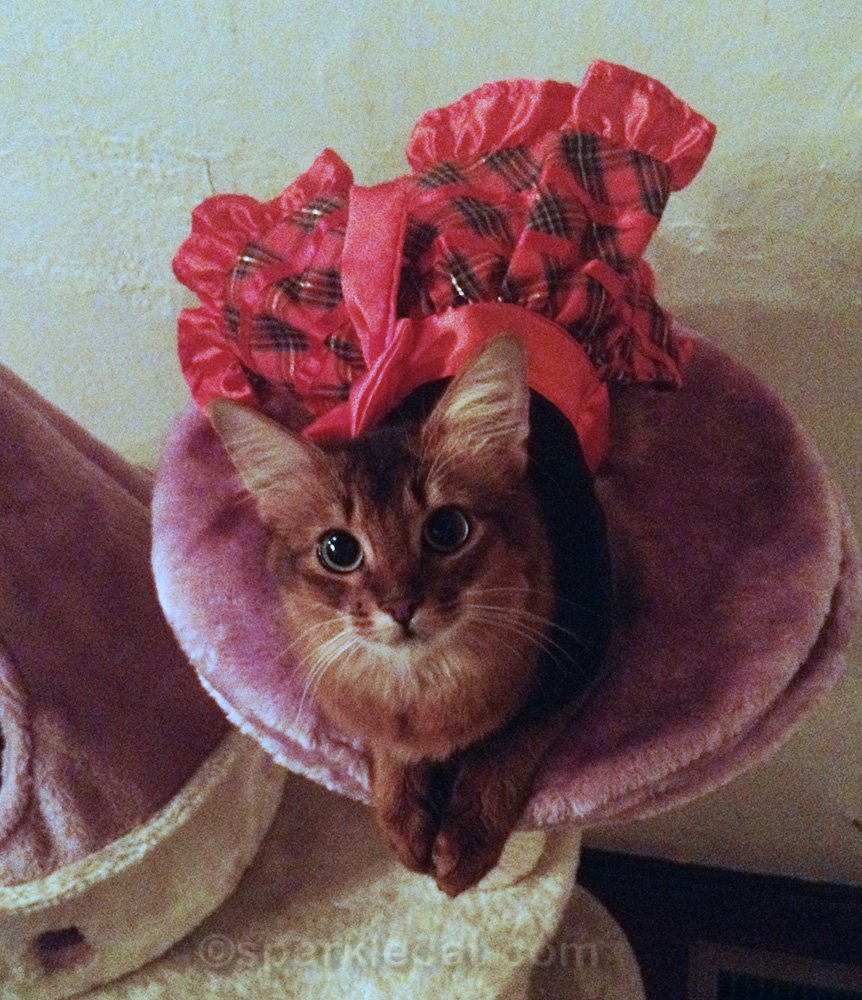 And look what I found! A lot of people have been commenting on this dress since I took it to last weekend’s cat show… and here I am wearing it eight years ago! I had no idea I’ve had it for this long.

I hope you enjoyed my holiday trip down memory lane! 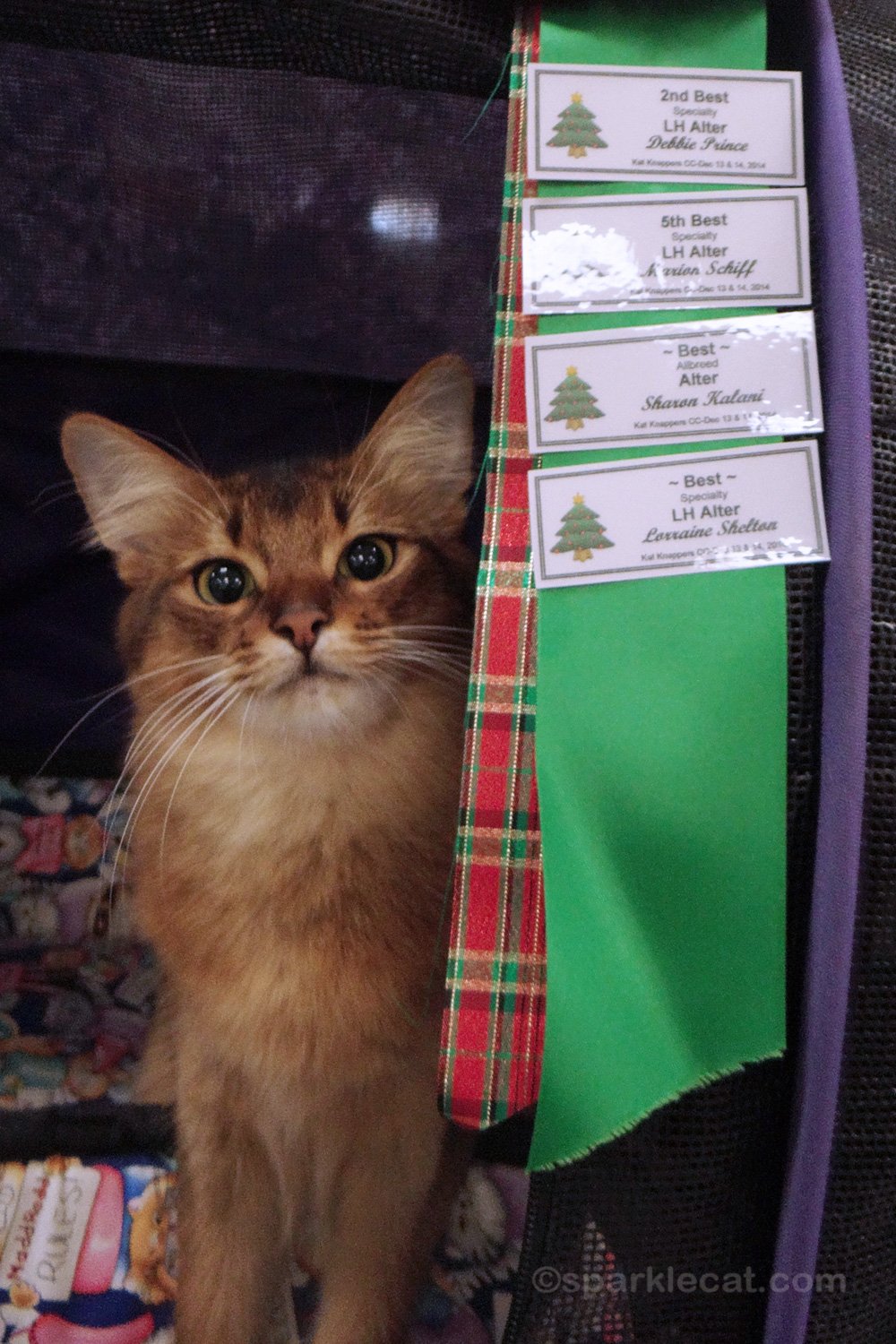