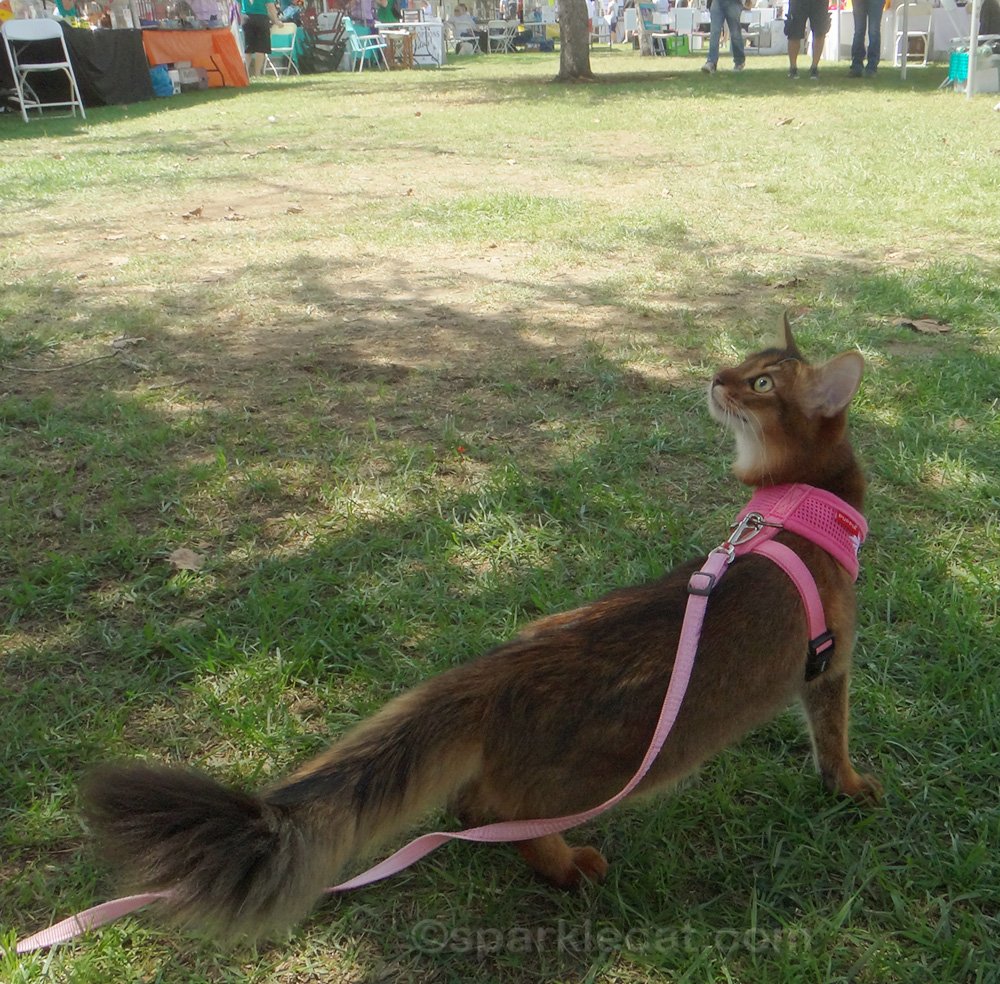 My whole life has pretty much been an adventure! Starting with cat shows when I just just four months old. But my first big outing outside of the shows happened when I was six months old, and my human took me to the L.A. Feline Film Festival. That was almost exactly 8 years ago this weekend! 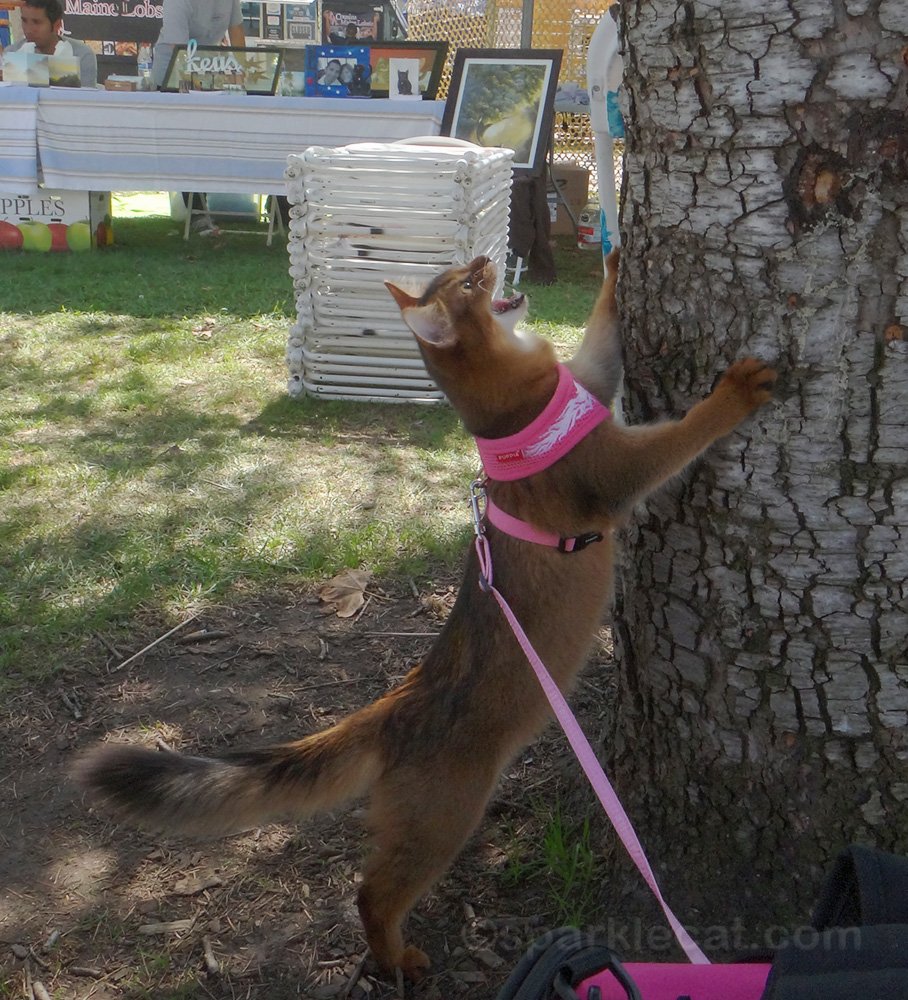 Although I was accustomed to all the things that go on at cat shows, being outside was way different for me! In fact, I’m not sure I’d ever encountered a tree up close and personal before this outing. 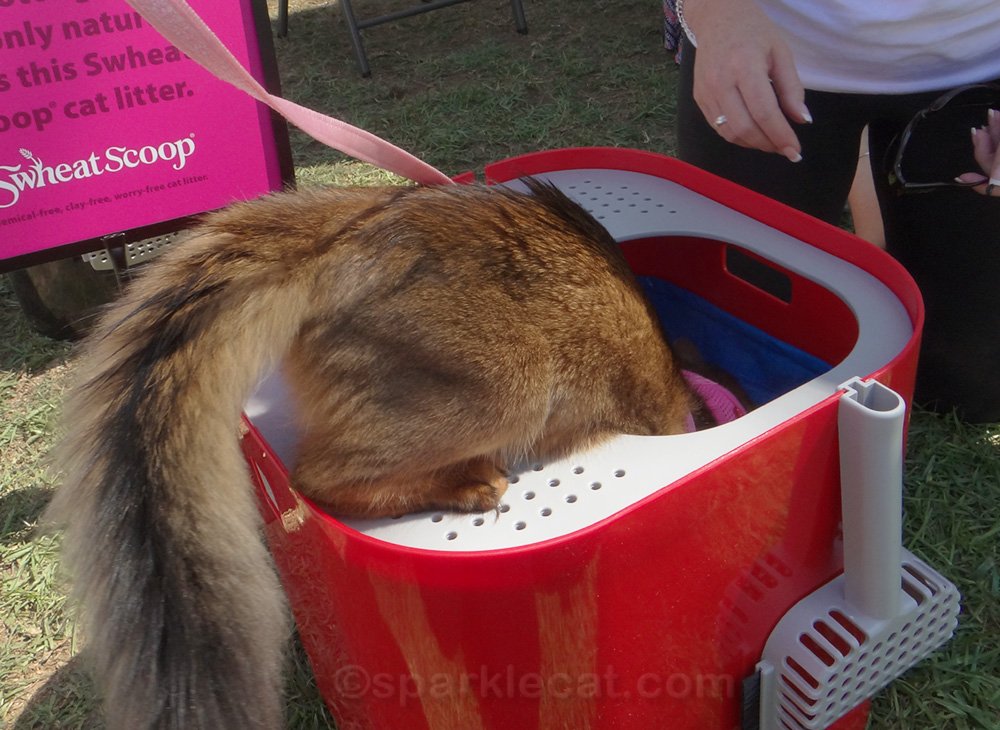 I also did something I haven’t done since — I relieved myself outside, in the middle of a walkway! My human hadn’t trained me yet to go before a trip, and I really needed to! She had to find a booth that would give her a plastic bag to pick it up. Later on, we discovered a whole bunch of litter boxes that I could have used. Too late! 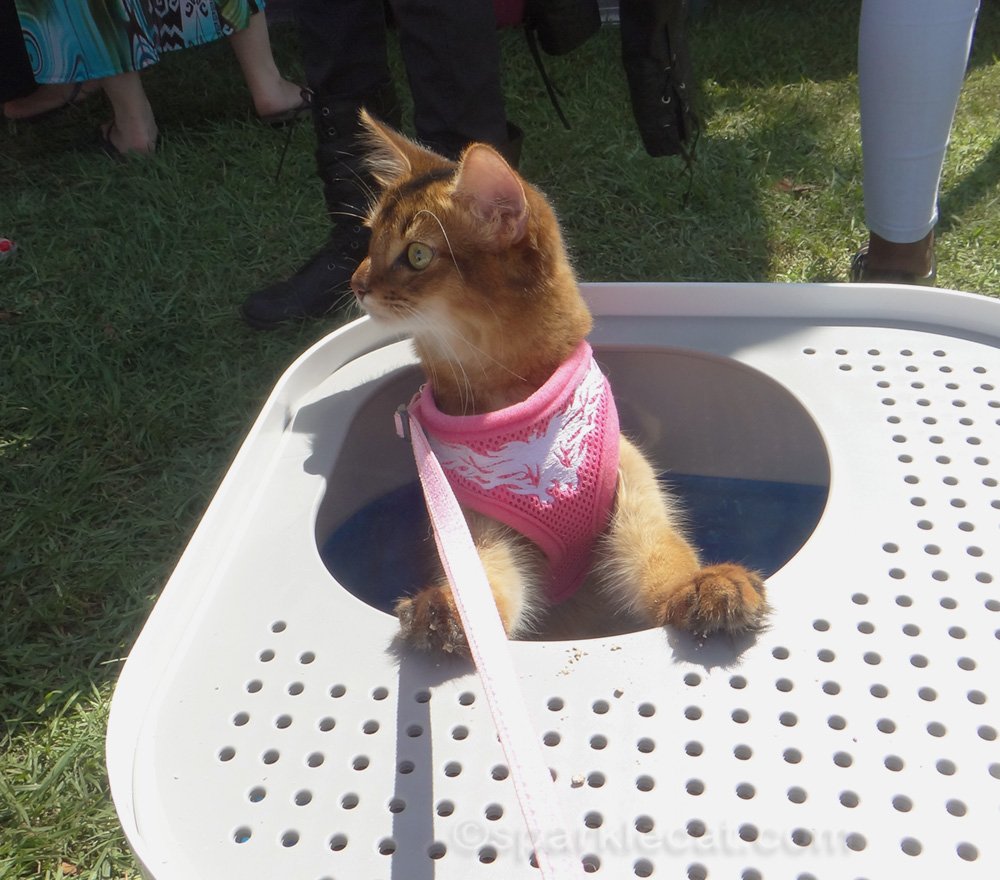 That was an embarrassing moment. 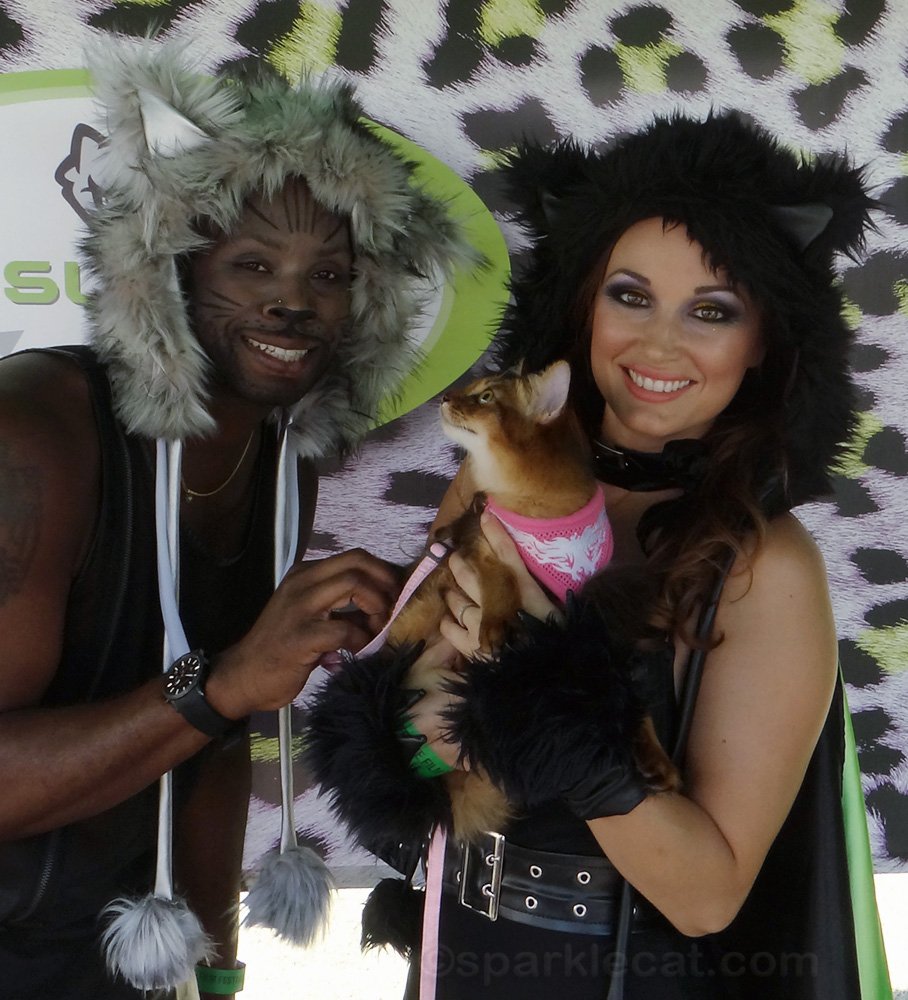 I met lots of people! Including some wearing strange costumes. My human thought this was a good thing so that nothing people wore could throw me. But I sure felt dubious about it at the time. 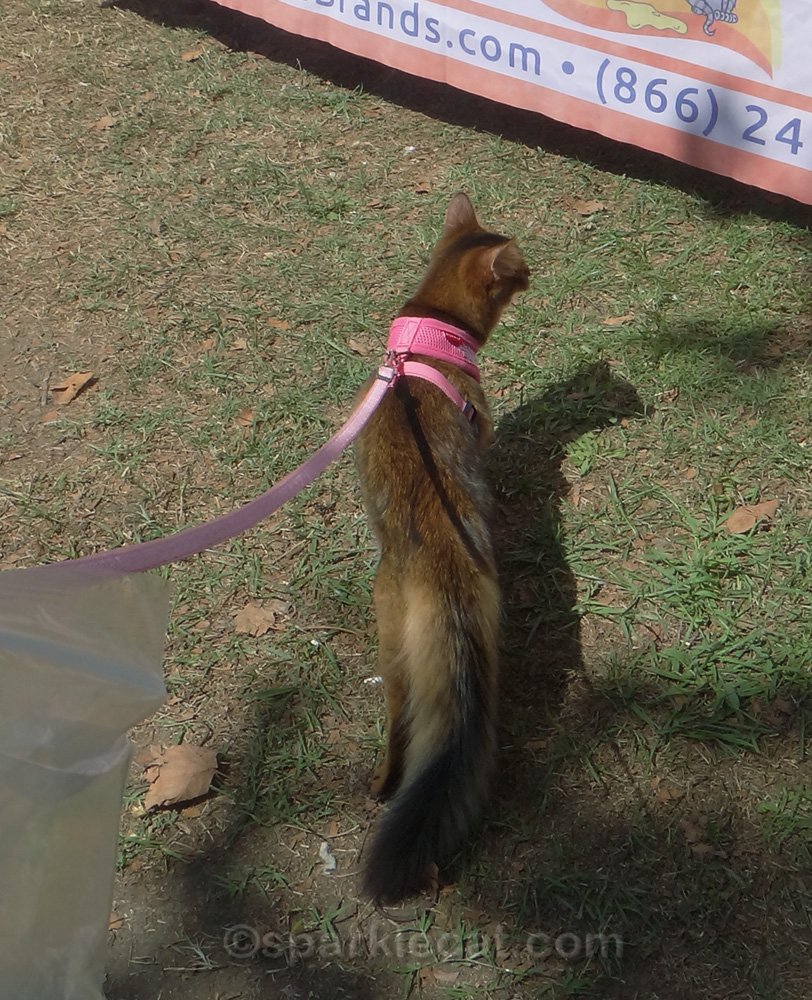 Once I got over the strangeness of it all, I realized it was a fun opportunity to explore. 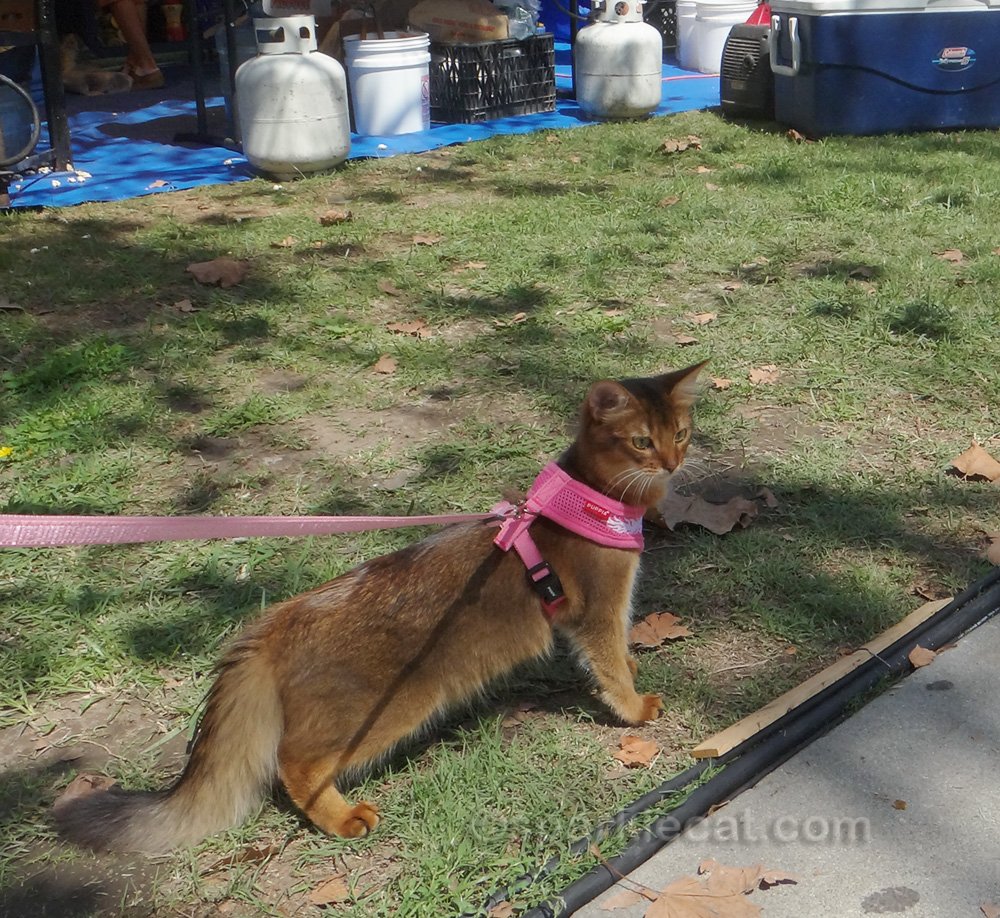 After about an hour or so, my human decided I had enough excitement and took me home. We didn’t live very far from the festival so she went back after she dropped me off. It was a fun day, but they never held it again, which is a bummer! I would have loved to have gone back. 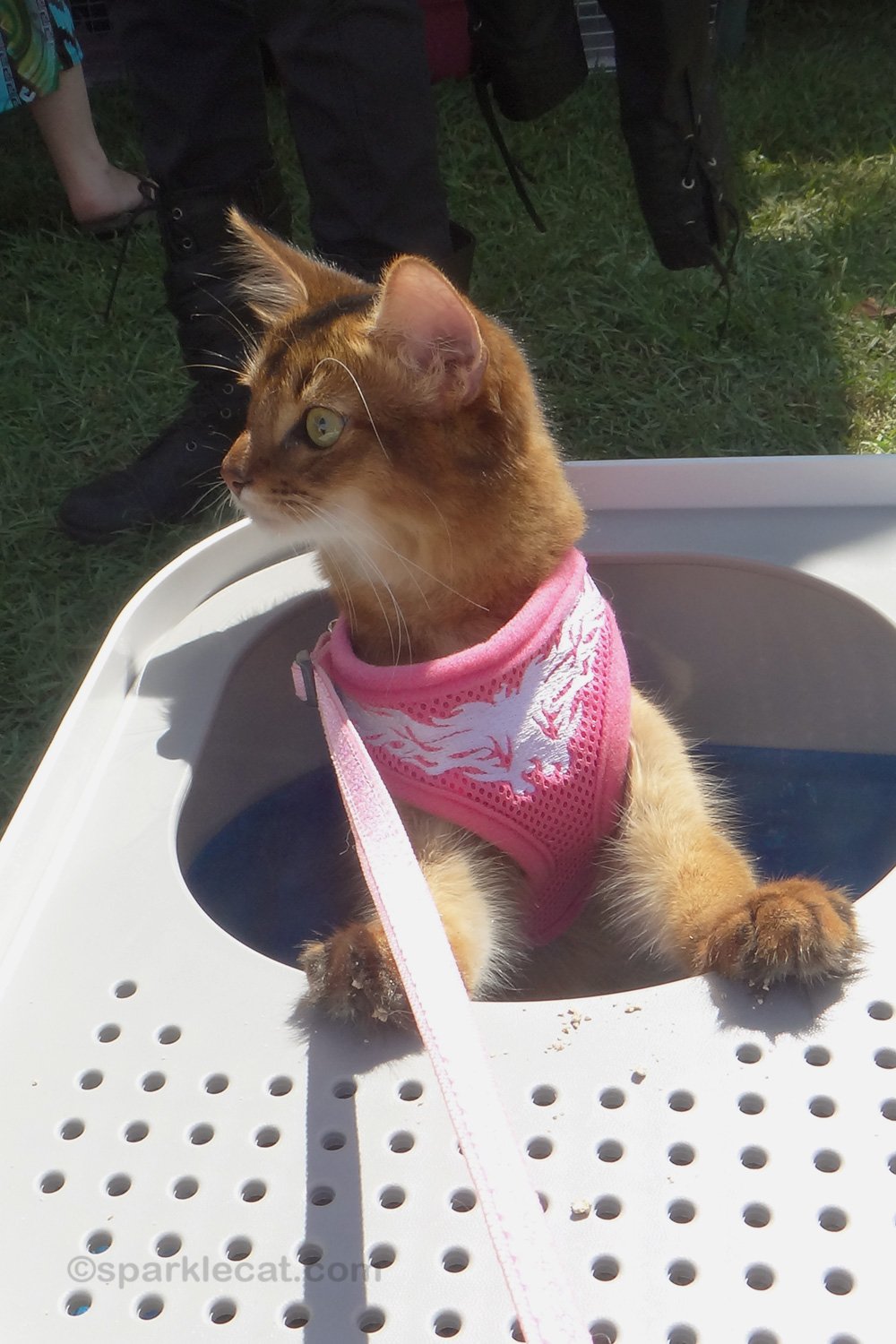