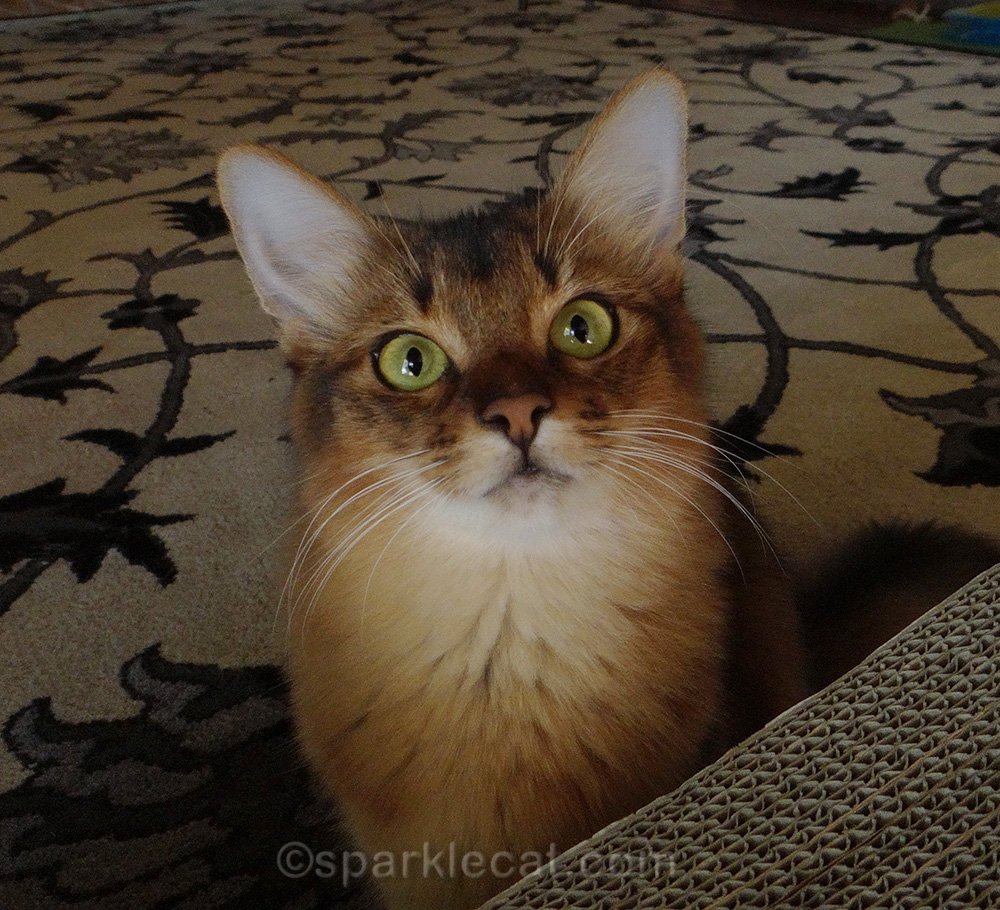 Here’s a fun flashback for you, all the way back to November 2014. It was my first November ever, and I was still getting used to my duties with this blog. One thing I learned pretty quickly was that part of it involved playing with things and having giveaways for them. And this month, it was several items from Jackson Galaxy’s collection. 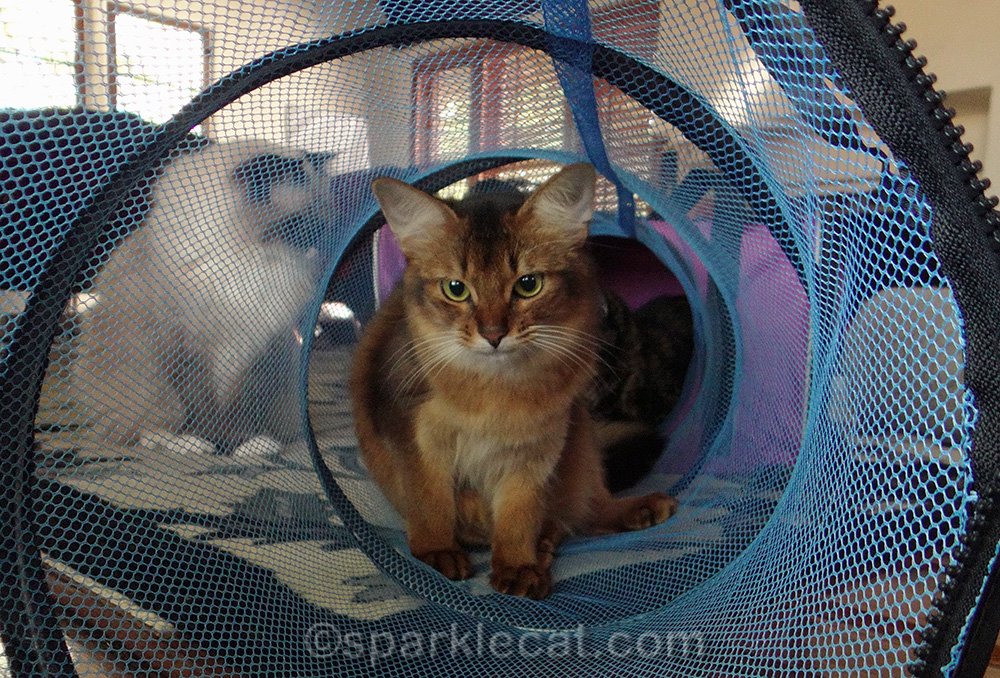 One of the items was this Jackson Galaxy Base Camp Carrier with Tunnels. I had lots of fun checking it out. 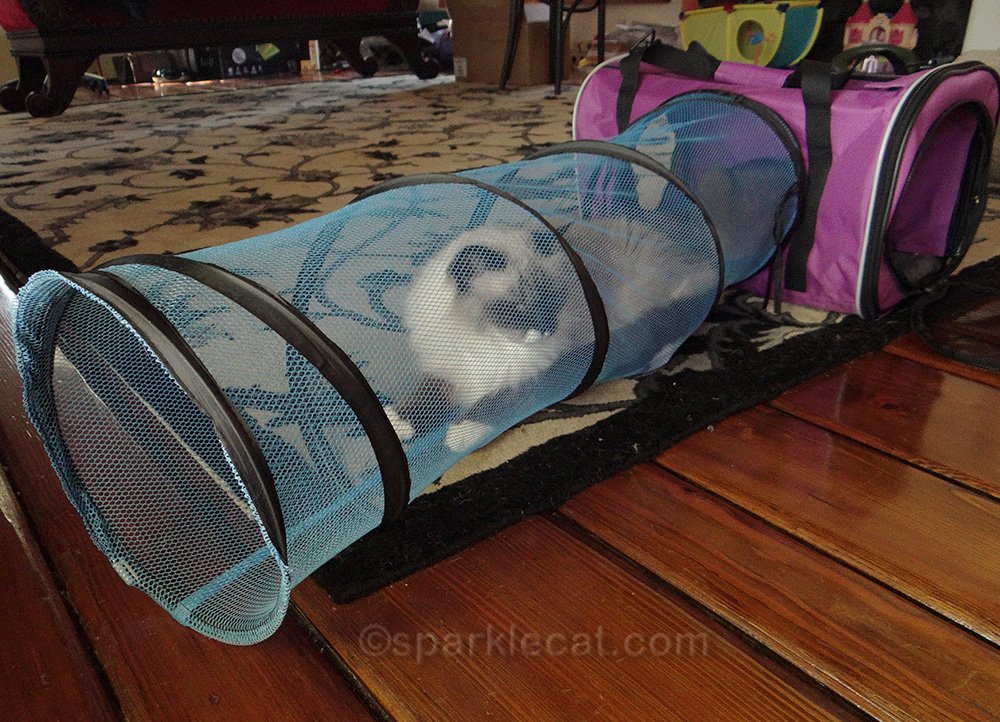 So did Boodie. We had that carrier and tunnel combo for a while, but it wasn’t very long before it started to fall apart. So I was surprised to see it is still available on Amazon! Maybe they improved it so it’s not as fragile as it was before. 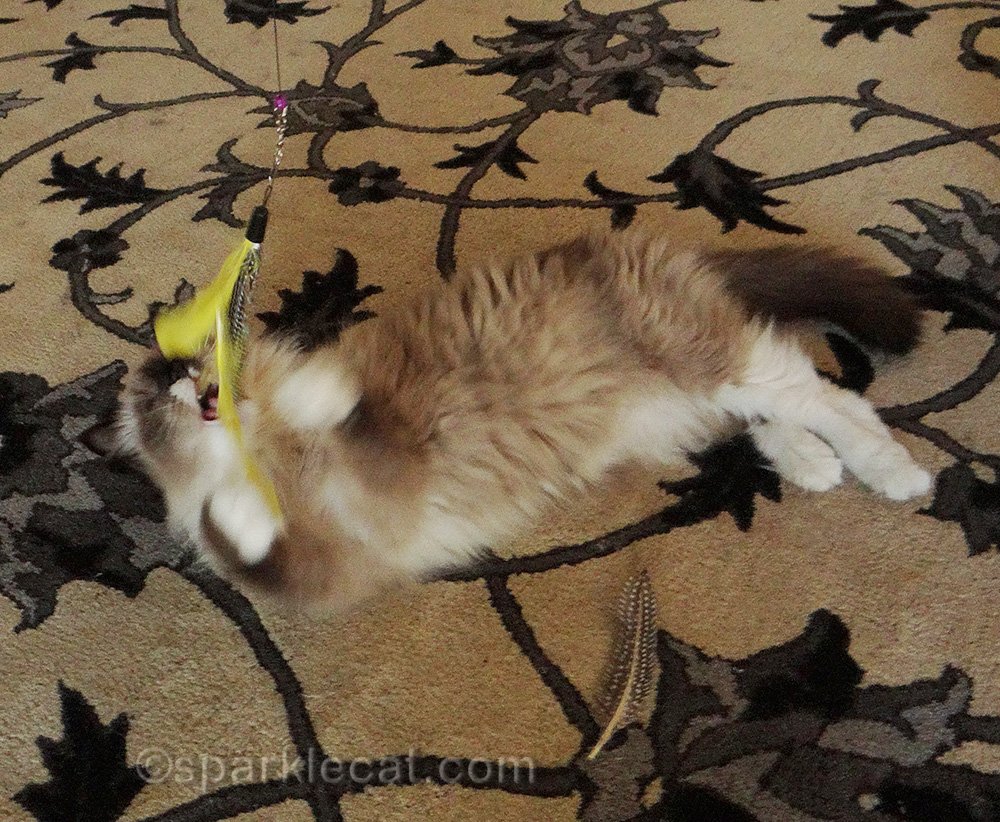 There were also a couple of toys. Boodie really enjoyed this one… although, as you can tell by the loose feather, it was already falling apart. 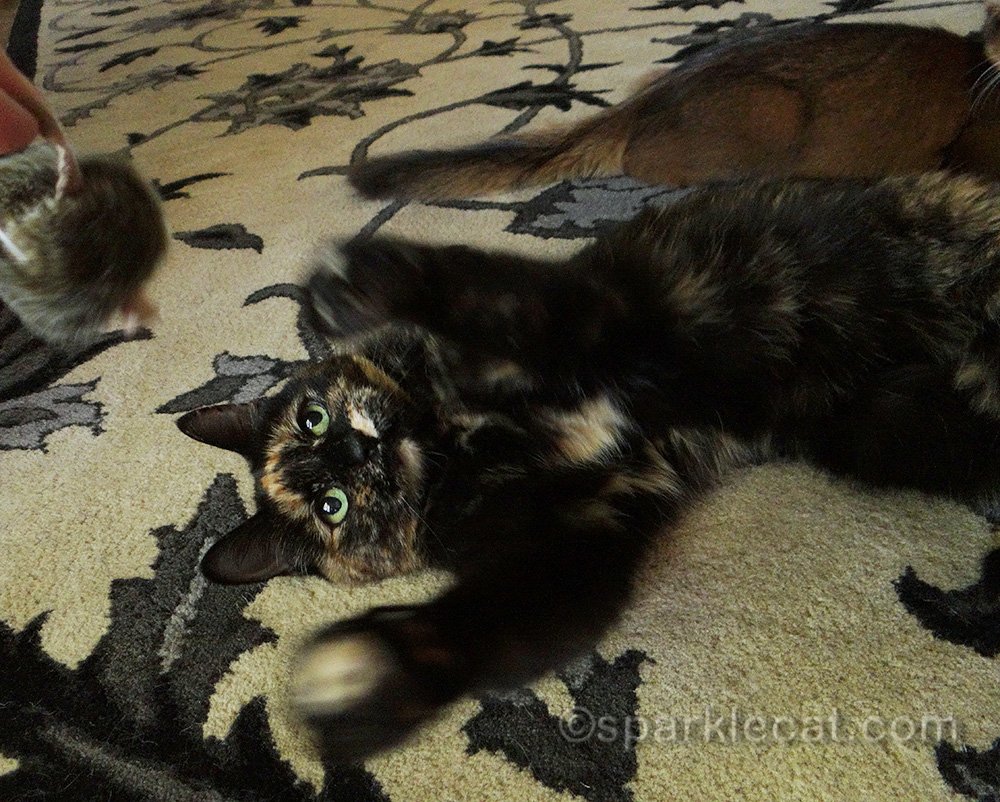 Binga had lots of fun playing too. For a while there, we all had a great time trying out new cat toys. 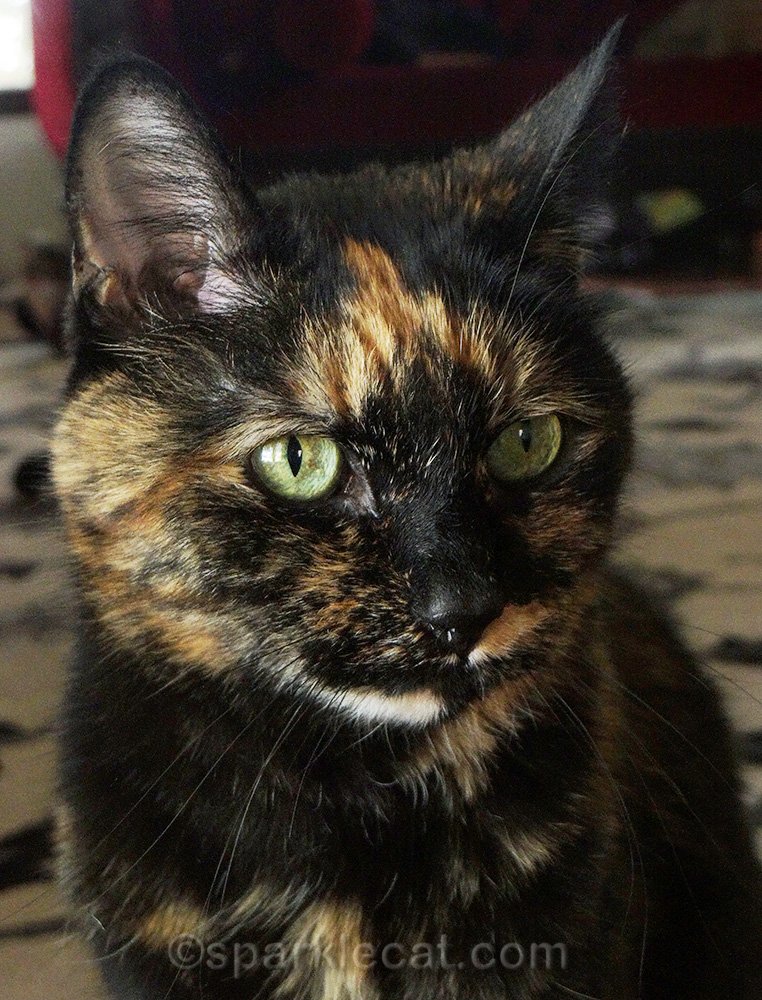 This has nothing to do with the previous photos, but it’s from the same month, and it’s a nice portrait of Binga. I thought you’d like to see it. 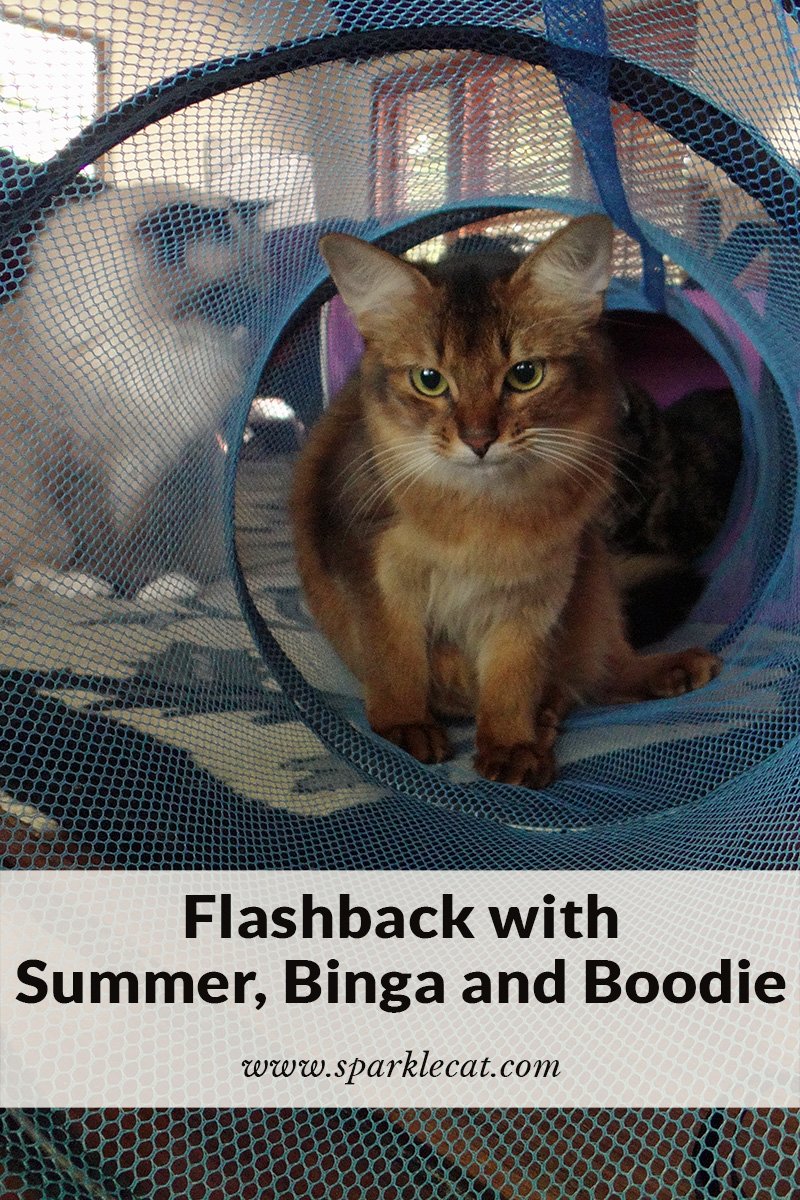