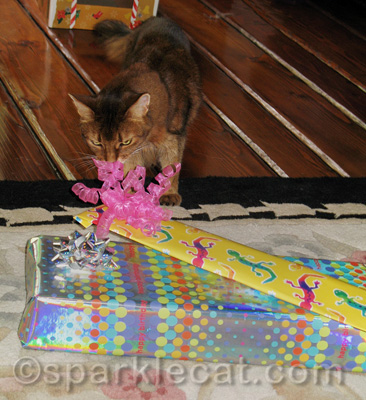 Before Cat World Domination Day, my birthdays were fun but way more ordinary. Take my seventh birthday in 2009, for example. My human just showed up with two presents. No cake and not even any treats! 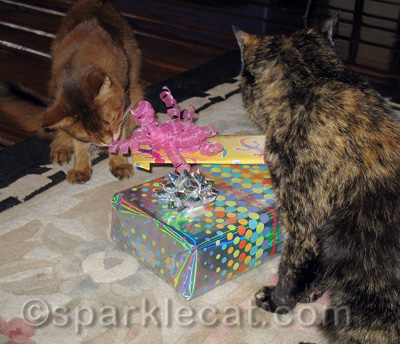 Of course some things have always been the same. 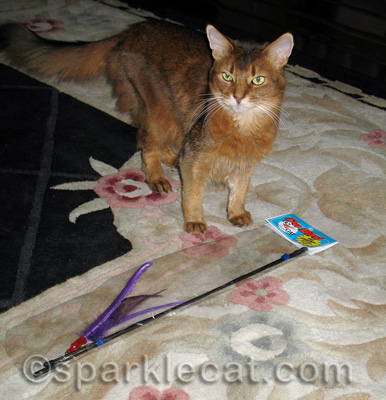 The smaller present was Da Bird — my very first one ever! Which is kind of criminal, considering that I was seven. 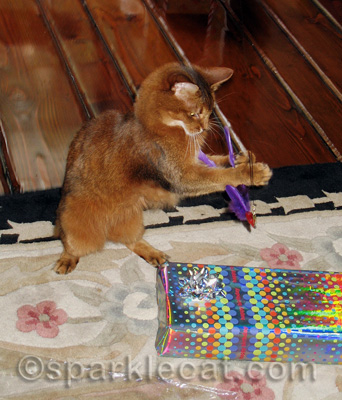 But I started making up for lost time immediately. 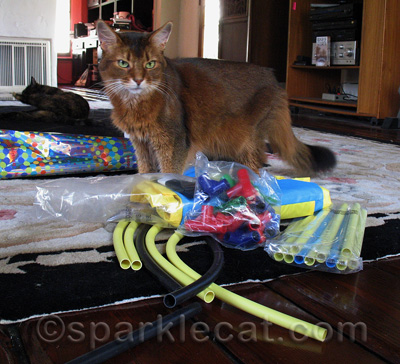 The larger present was supposed to be a Kitty Pirate Ship, but it just looked like a big messy pile of plastic. 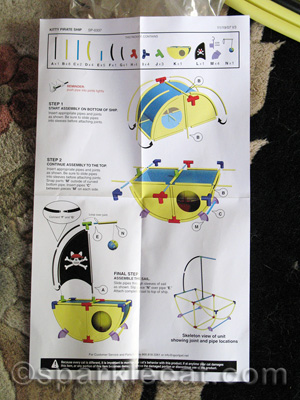 When I saw the instructions I did not hold out much hope. 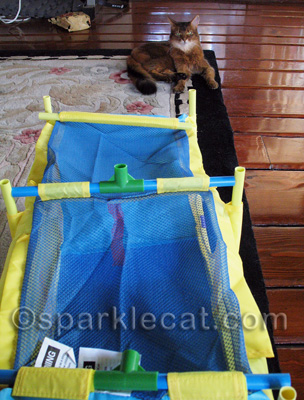 But much to my surprise, my human actually put it together without messing it up or ruining it! 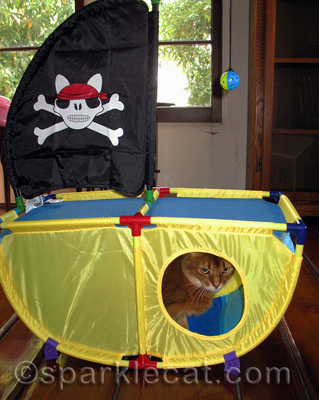 It was actually a pretty cool birthday, even without all the fancy stuff. And we still have the Kitty Pirate Ship — you can see it in the background of a lot of photographs! Boodie uses it most, even though she talks more like a space alien than a pirate.

You can see the original blog post for all of June 2009 here.