You are here: Home / Diary / Caturday Extras – Inside and Outside 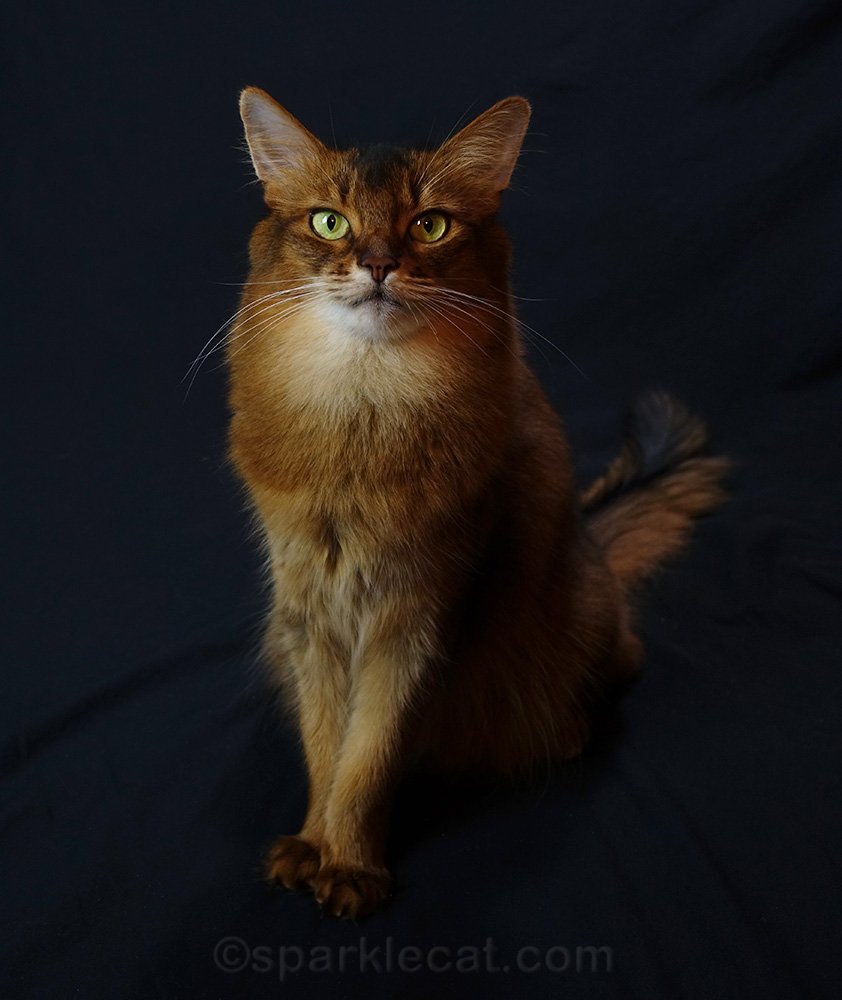 My most recent modeling sessions have resulted in some really great photos! Too many for the blog posts they were meant for. So I thought I would share some of them with you today. I have photos from both inside and outside photo shoots. 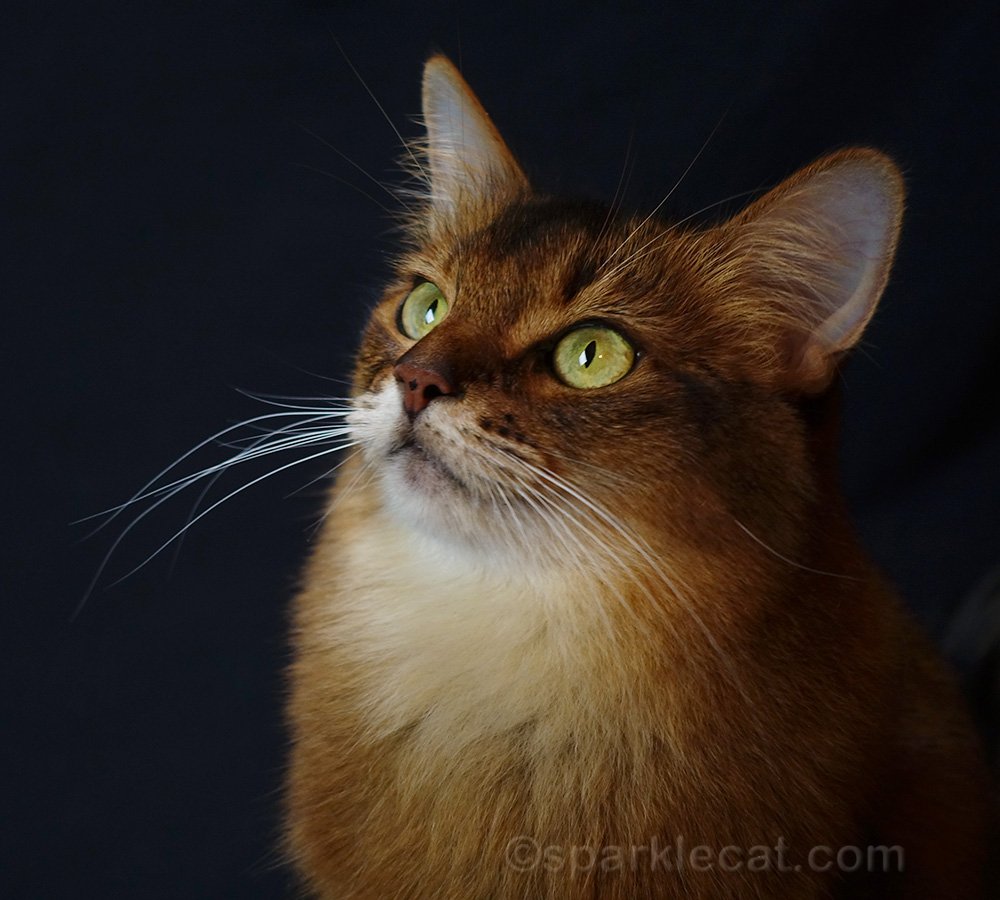 There are a bunch of photos of me looking off to the side from this session. They are being used in several different ways (the Cat World Domination Day badge was just one of them). And of course you saw one of the outtakes. Here’s one that looks especially nice. 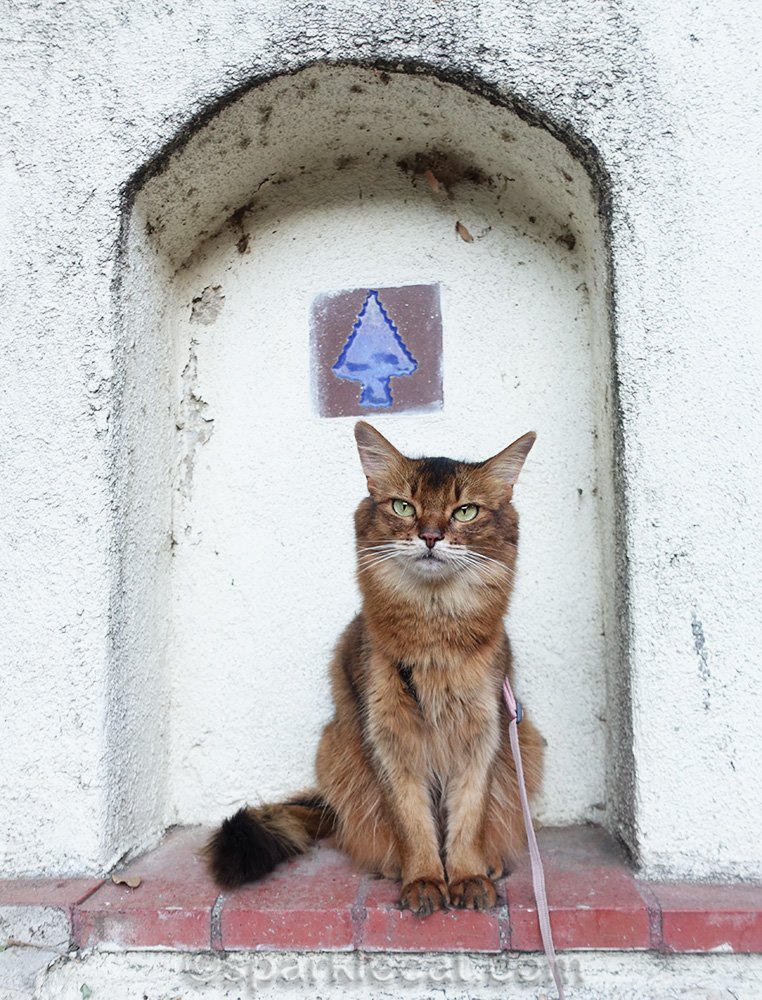 My poses in this alcove turned out really nice too. In fact, my human decided to put one on a card in my Zazzle shop. Time ran out on her, so she didn’t get to it tonight, but she probably will this weekend. 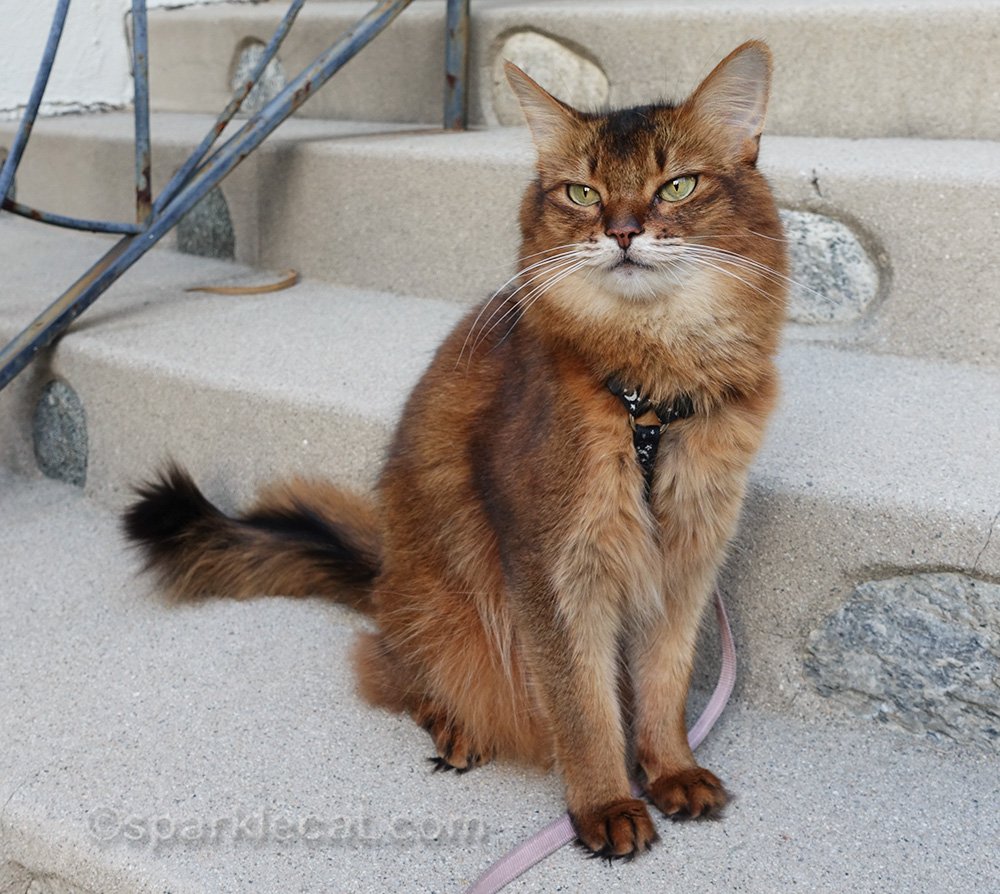 The photos out front from my interrupted session turned out really well too. 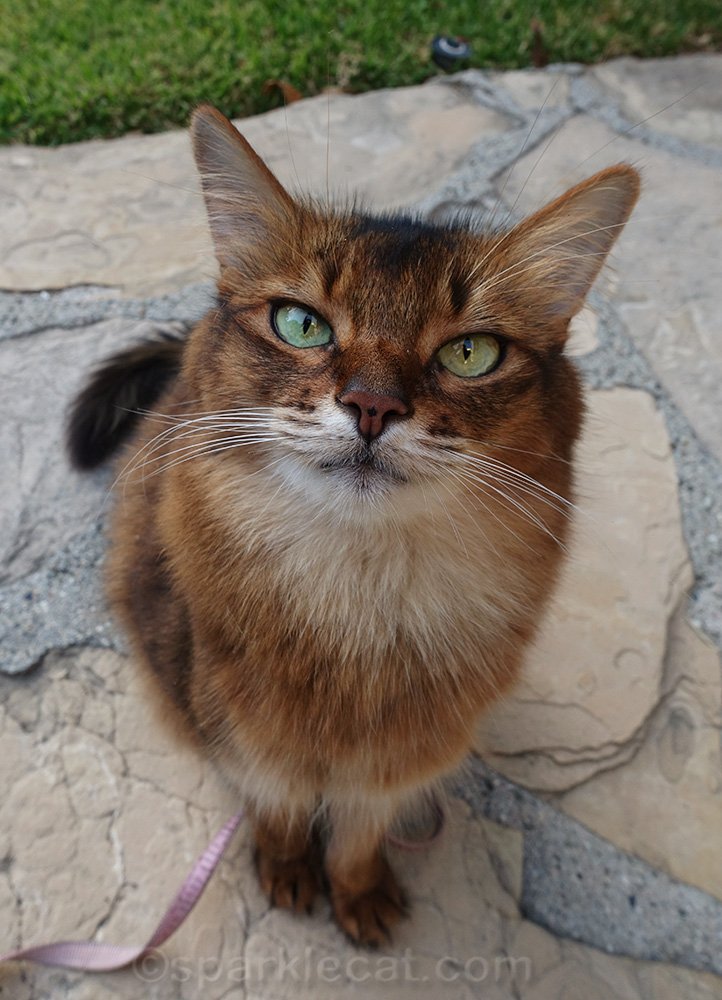 Before the interruption, my human was trying something out. The camera she uses has a zoom lens. This close up was taken with the zoom all the way out, like when she would take a landscape shot. It’s not as exaggerated as something like a fisheye lens, but you get the idea. 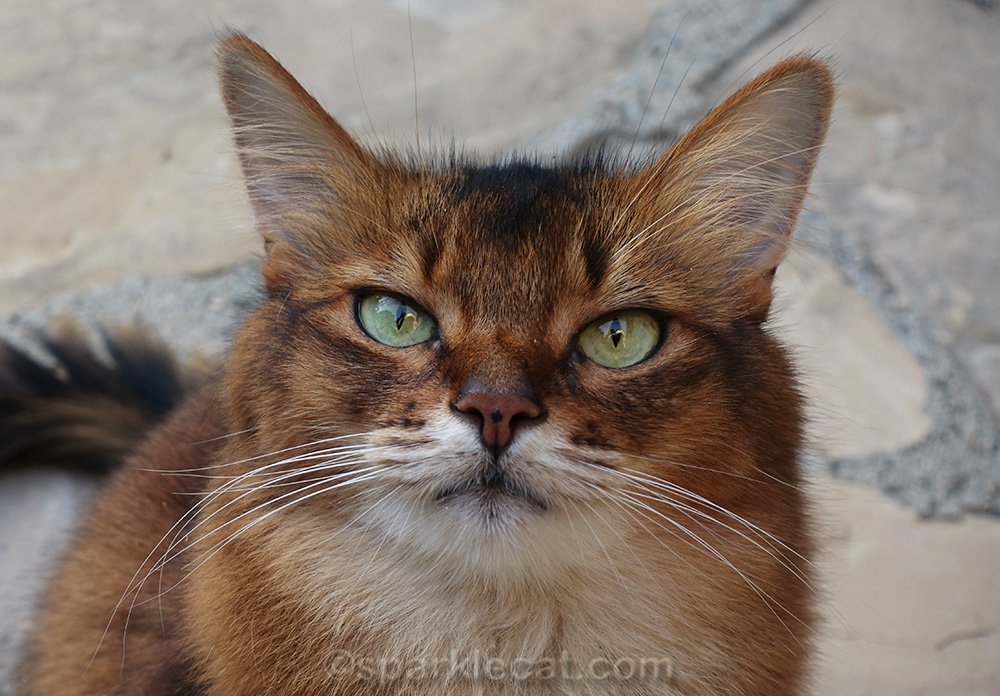 For this one, she zoomed in on my face. Can you see how different the two look? I think the second one is much more flattering!

Anyhow, that’s what I’ve got for you today! Which ones do you like best? Let me know in the comments! 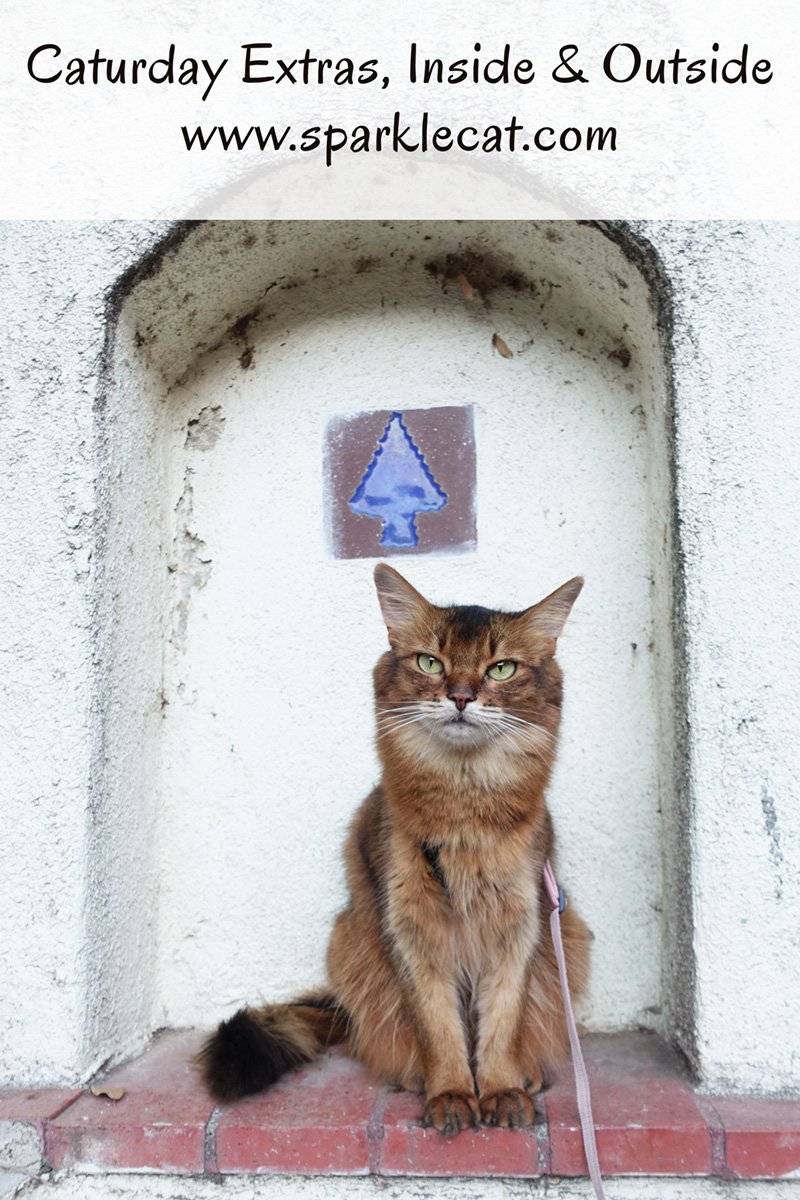