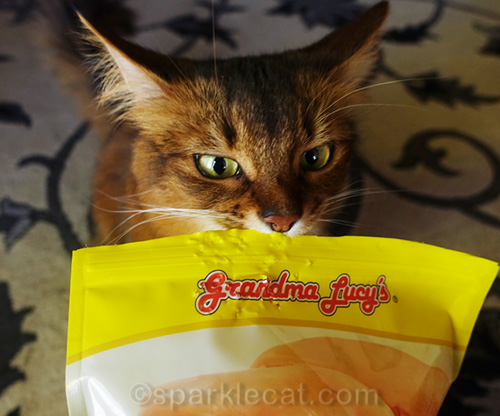 I have some photos that went unused on the blog for various reasons that I thought you might like to see! Actually, the one above is a little bit of a cheat because I just used it on my post for the Secret Paws 2017 blog. What can I say? This is what happens when you leave a treat bag unattended around here. 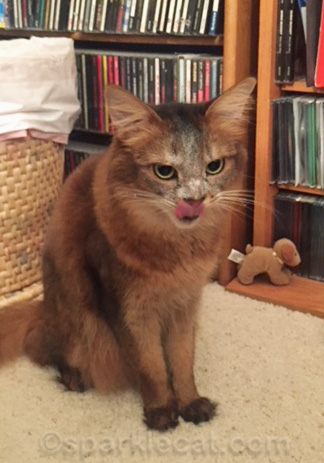 This actually happened with both humans in the room. They just weren’t paying attention and next thing they knew, the treat bag was stuck on my head! The reason that this photo didn’t wind up on the blog is because my human’s boyfriend took it, and the file was a little too small. But I know you guys want to see it anyway — it’s not like it’s that much smaller than the other photos. 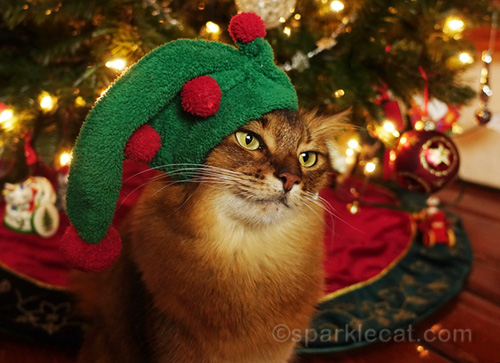 This photo was part of a test my human was doing for my 2019 calendar! Yes, we are starting early. She wanted me in the hat, not looking at the camera, and the tree to be out of focus. It’s a nice photo, but she wants to tweak things a little bit. This is the main reason the tree is still up. 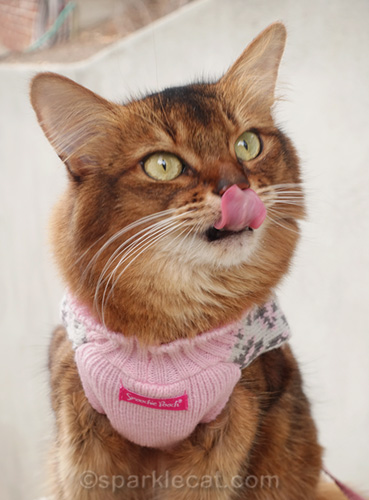 Unlike the rest of the U.S., we are having rather mild winter here in southern California. So I’ve been having some outside time. It’s still cool enough for me to wear a sweater (at least my human thinks so!). This photo is just a touch out of focus — mainly a motion blur. 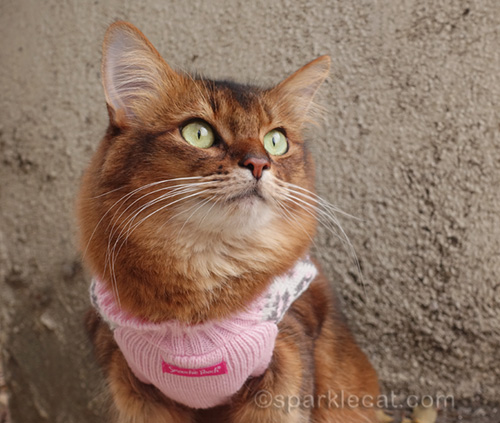 And here is a portrait from the same session. I hope you enjoyed today’s extras!