Sometimes my human takes photos of me at the end of a photo shoot, or just off the cuff. She intends to use them at some point… and then she never does. So I’m sharing a few of these recent extras with you today. 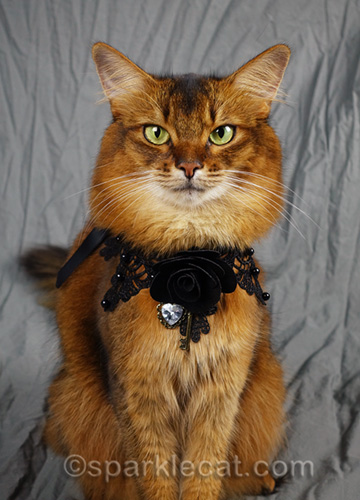 My human really liked this Goth choker on me. So after my photo session with la suegra, she took a few portrait shots. Then she decided it really didn’t show to advantage because it was too dark. 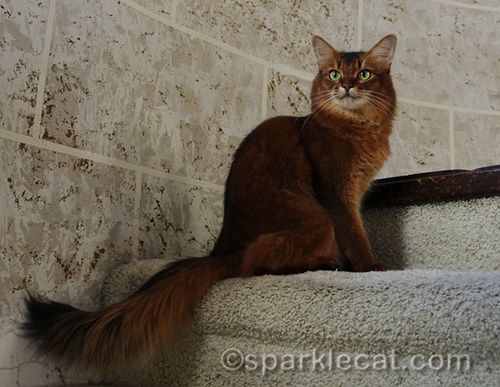 When my human was taking the photos of me that wound up here, she also took this one… and then had no place for it. 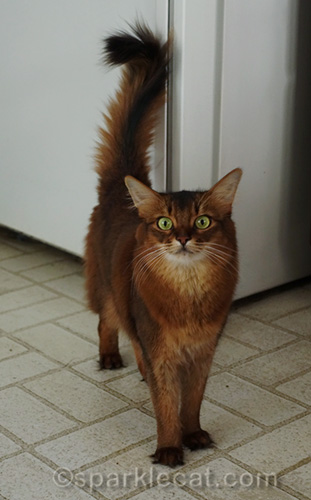 My human was taking some photos of Binga… or trying to. Binga is not always the most cooperative subject. And then she looked over and there I was, so she quickly snapped a couple of pics of me. I just want to say that, even though this photo is a tad out of focus (you actually can’t tell here, but blown up you can), it came out better than 99% of the Binga pics. 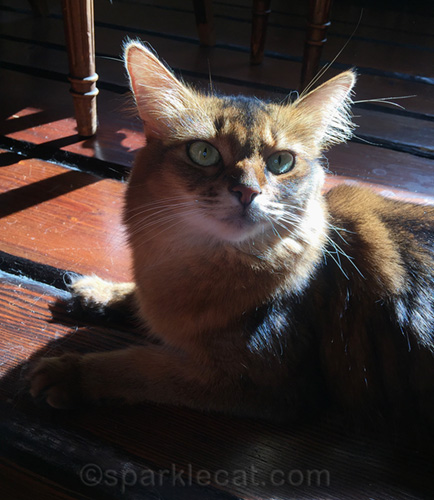 I was in the dining room, basking in a sun puddle, and my human decided to play around with that iPhone selfie light she got a few weeks ago. It did add some extra light to the shadows to keep them from being too contrasty. But since it was mostly a test, there was nowhere to use it. 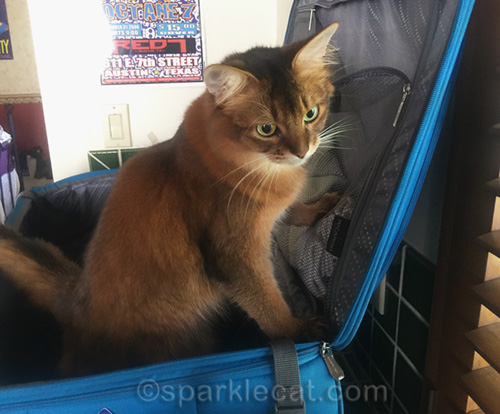 My human woke up one morning to find me messing around in her boyfriend’s suitcase. He was packing to go out of town for a gig, and I was making sure he didn’t take anything that would get the attention of TSA. Yeah, that’s what I was doing! 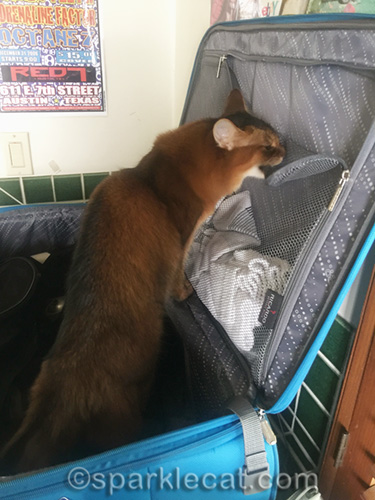 Don’t tell him I might haved chewed on the mesh just a little bit!

I hope you enjoyed my extras!