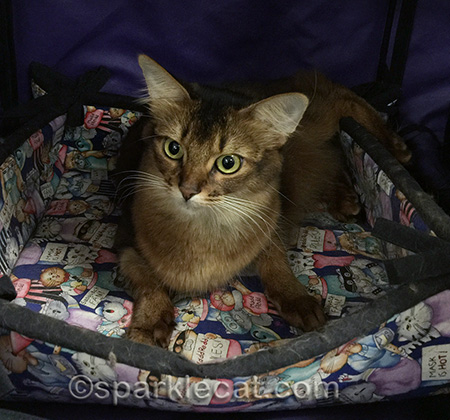 Talk about your tough shows! The one I was at this weekend only had about 15 Alters (spayed or neutered breed cats) competing, and that meant there were only 5 slots in each final. The problem with that was there another Somali competing alongside me! His name is BJ and he is a blue Somali, and he was awesome — as an intact cat, he was a Regional and Breed Winner. Now that he is done making babies, he is back in the show ring as an Alter. It’s not like I’m any ordinary show cat either — I am also a Regional Winner, a Supreme Grand Alter and was in the top five Somali Alters of last season. But being a male, his build better fits the breed standard (which was written with the male cat in mind), so he had an edge over me. And with only five final places, the judges were usually not going to use more than one cat from each breed. Although it did happen a couple of times. But more on that in a minute. 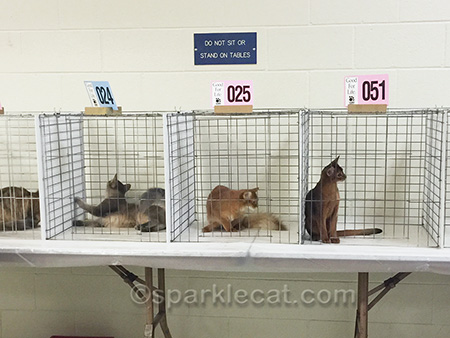 First I want to tell you about these three kittens! The crazy blue Somali boy on the left and the pretty Aby girl on the right belong to my breeder. You’ve seen the boy before — he’s been benched next to me for a few shows, and he is my younger half brother. He is a bit of a troublemaker. When he wasn’t sticking his paws through the cage at one of the other cats, he was knocking down his number card or ribbons, or he was knocking over the board behind the cage. The Aby girl isn’t related to me, but her mother was benched next to me for a few months last season, when we were both competing as kittens. Now her daughter is competing as a kitten. The red Somali girl in the middle belongs to BJ’s breeder, but not for long because she is going to a new home in Chile! The father of her new owner came this weekend to take her home. 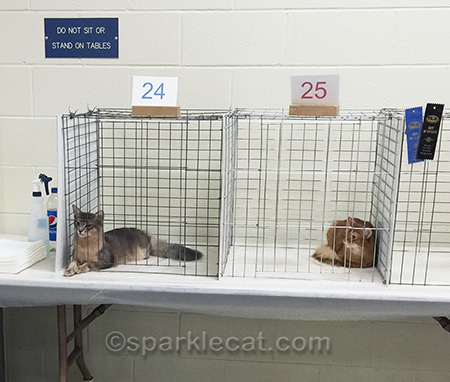 Here is a better photo of my half-brother. You can tell how handsome he is, and he is regal when he wants to be (which right now is not very often!). 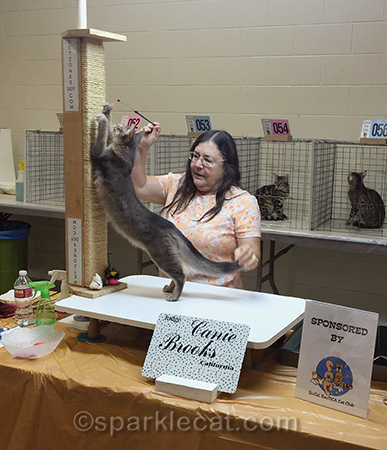 The judges have a lot of fun with the kittens! Here’s my half-brother doing a little pole dancing. 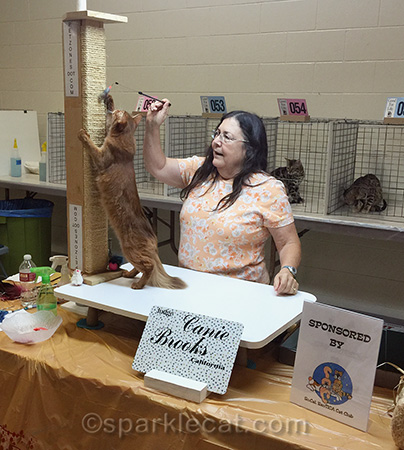 And the little red girl. 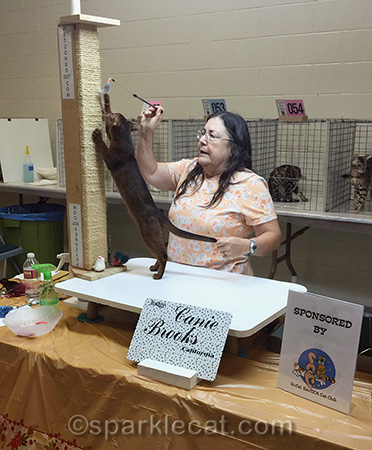 And the Aby girl! 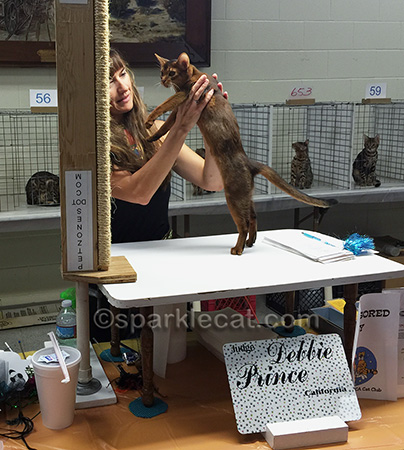 My human really likes this little Aby kitten a lot! But she will not be coming home with us — she is going into the breeding program. The whole reason her mother came out here from Russia was to have a beautiful kitten like her. Her mother was very nice, but this girl is even more beautiful, plus she has a lovely personality that comes from her father. 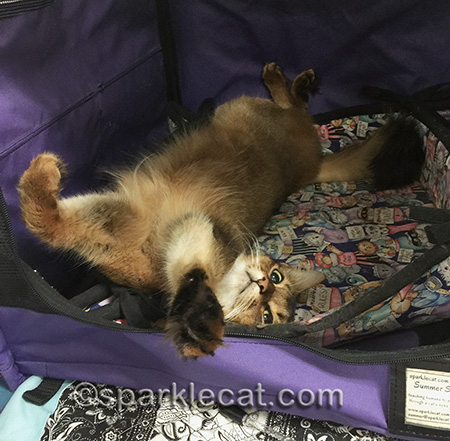 Anyhow, back to me! Like I said, I had a tough show, and my human didn’t get any photos of me or BJ in the ring. I hope she does next time we’re competing together — you can see how handsome he is. To keep my focus for the judges I practiced some cat show yoga while I was in my enclosure. Here I am prepping for Dead CatBug Pose. 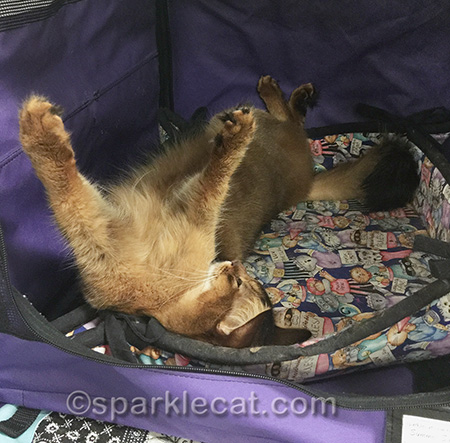 Here is the full version. It did take a while to master this pose. In fact, this is the first time my human has seen me do it! It is one of the most relaxing cat show yoga poses. 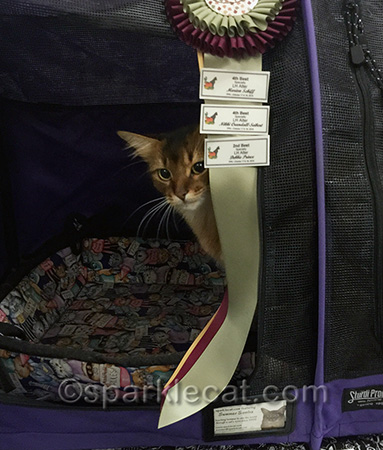 And it must have worked because I got three finals and was Best Somali in several other rings! BJ got more (and we shared rings a couple of times), and he Granded as an Alter too, but we both did good!