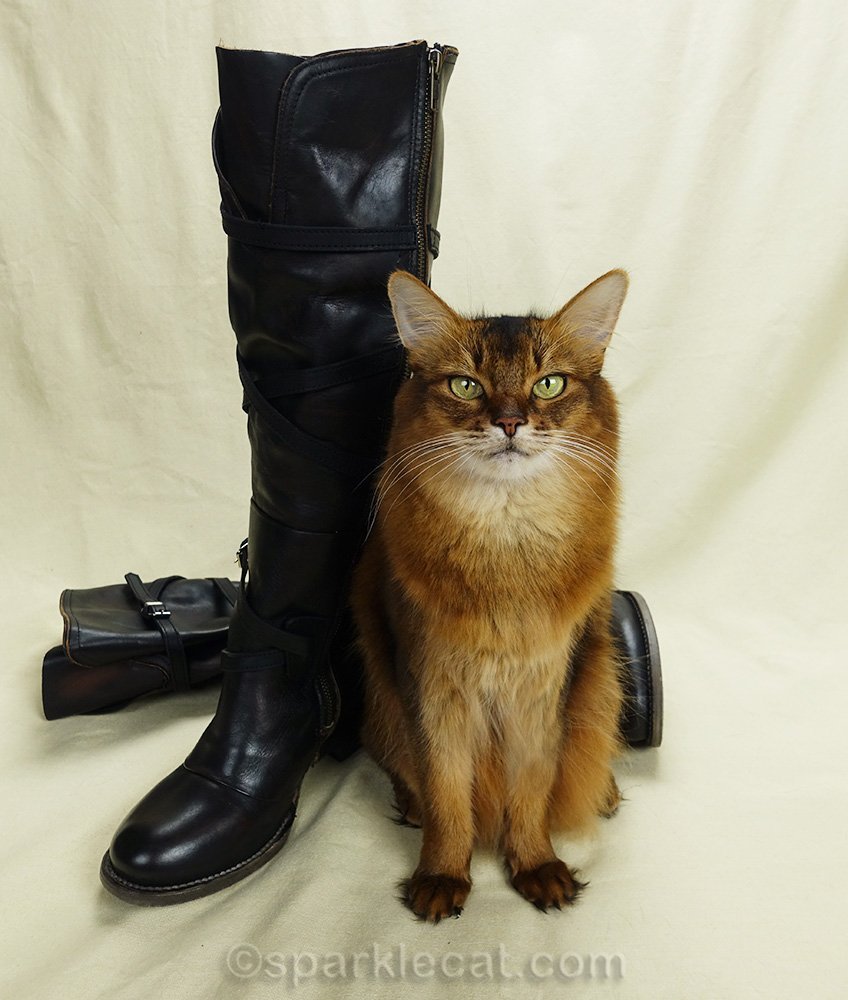 This is what happens when my human is doing what writers seem to have a special talent at: procrastinating. She was on a tight deadline for a story (about cats, but not me in particular). So of course she was goofing off on Facebook and an ad for boots caught her eye. Rather pricey boots. But they looked awesome. So she did what she always does in these situations — she asked her friends on Facebook whether she should get them. Can you believe that not one of them said no? In fact, her editor hinted that she was possibly browsing through boots herself instead of editing! I’m surprised any of these humans get things done. In any case, here are the boots. Oh yeah, and she did get the story done. 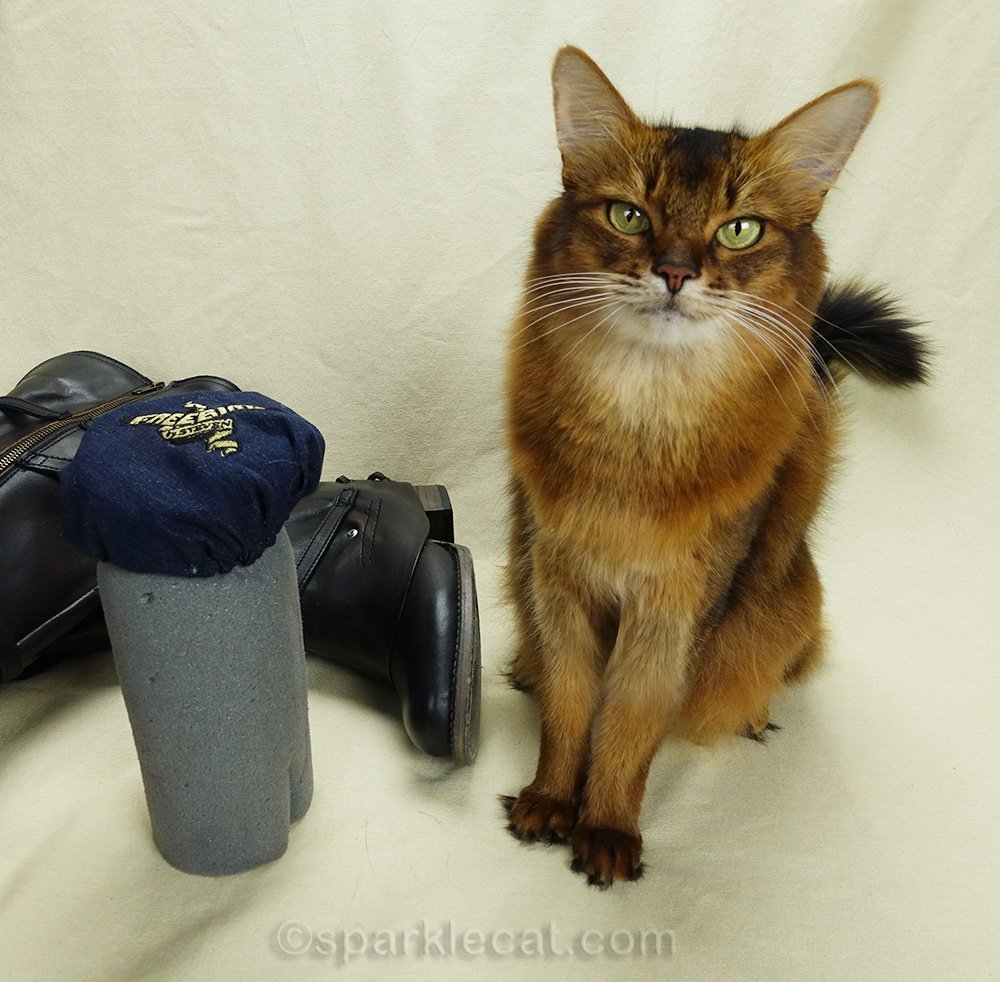 Like I said, these boots were rather pricey, so when they arrived, the packaging was pretty elaborate. The boots were wrapped in a big denim cloth with the company name on it. And instead of of just plain old stiff cardboard shapers, they had foam ones, with this little denim cap on top. Which brings me to the title of this blog post. 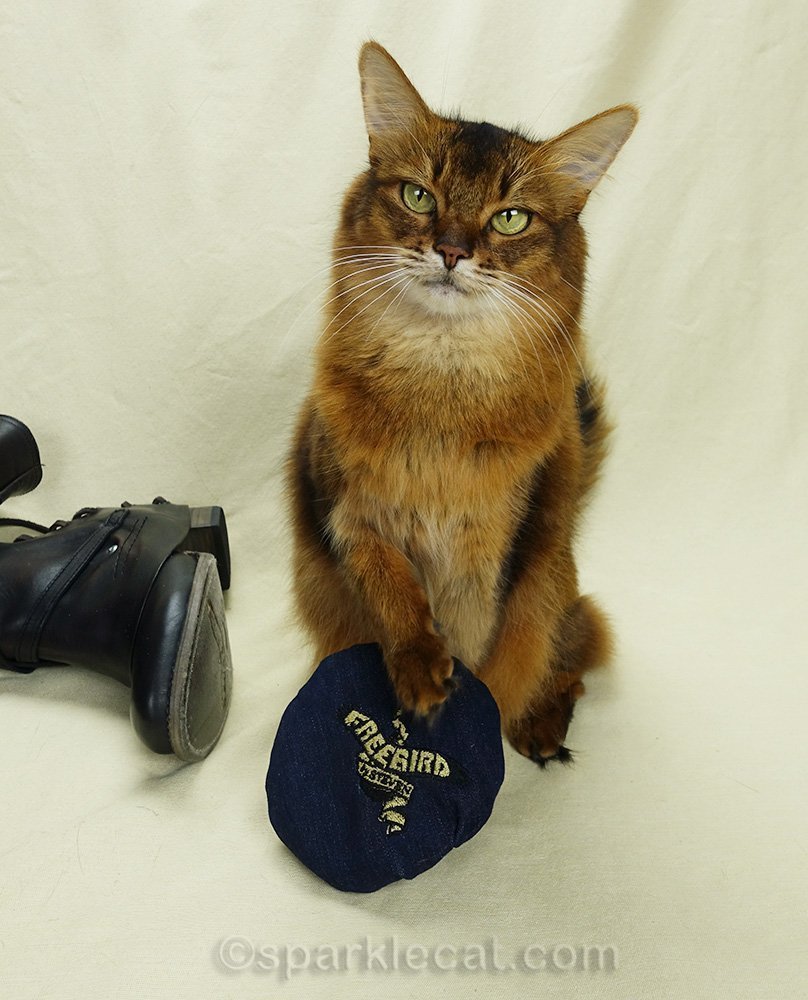 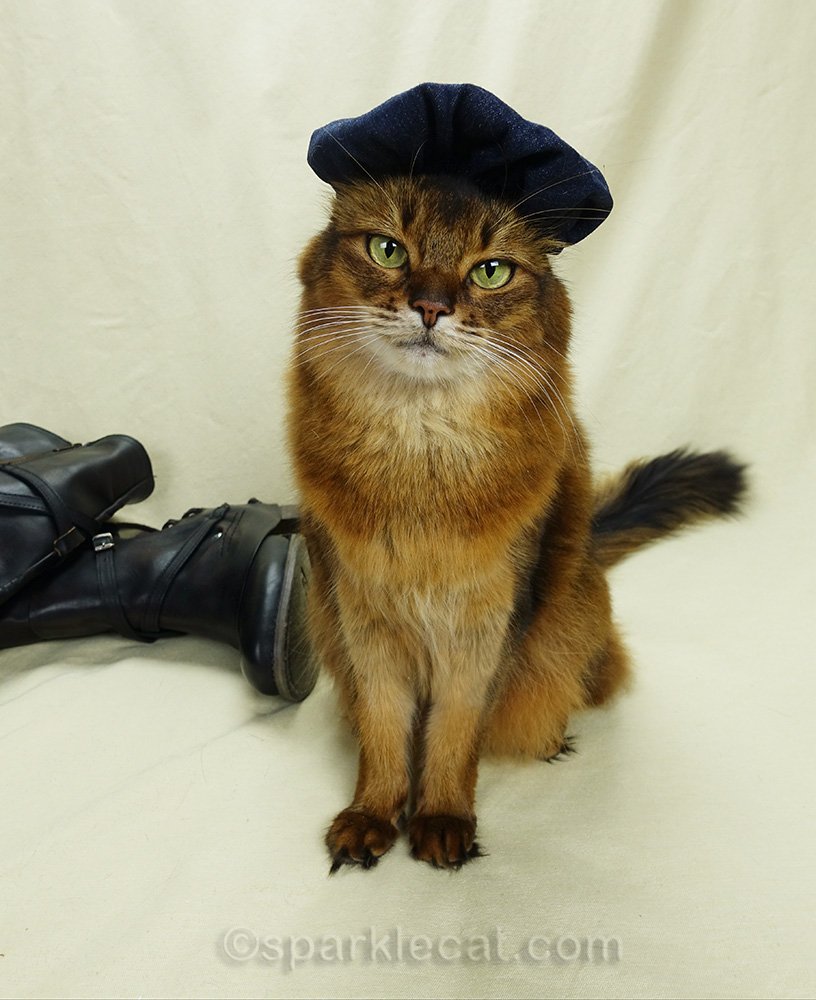 Okay, well… I’m not so sure about it now that I’m wearing it. 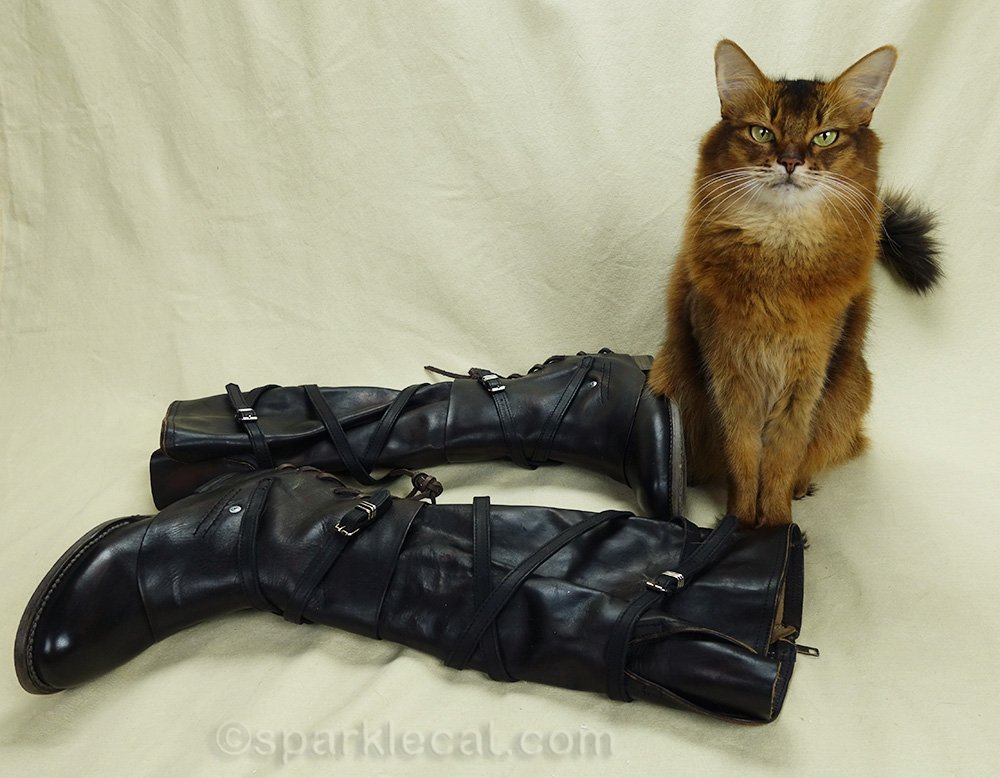 At least the boots are high quality. They’re heavy, well made, and unlike a lot of the cheap shoes and boots my human buys, they are made of real leather. And you know what that means. 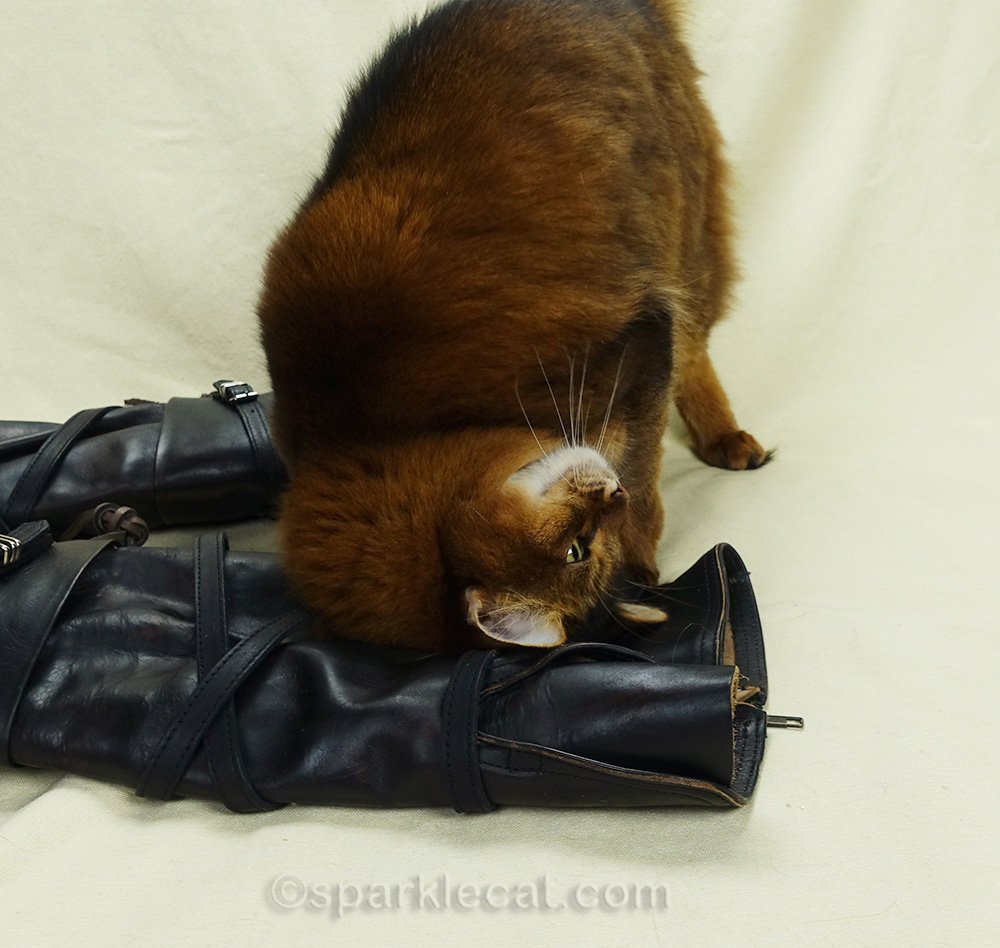 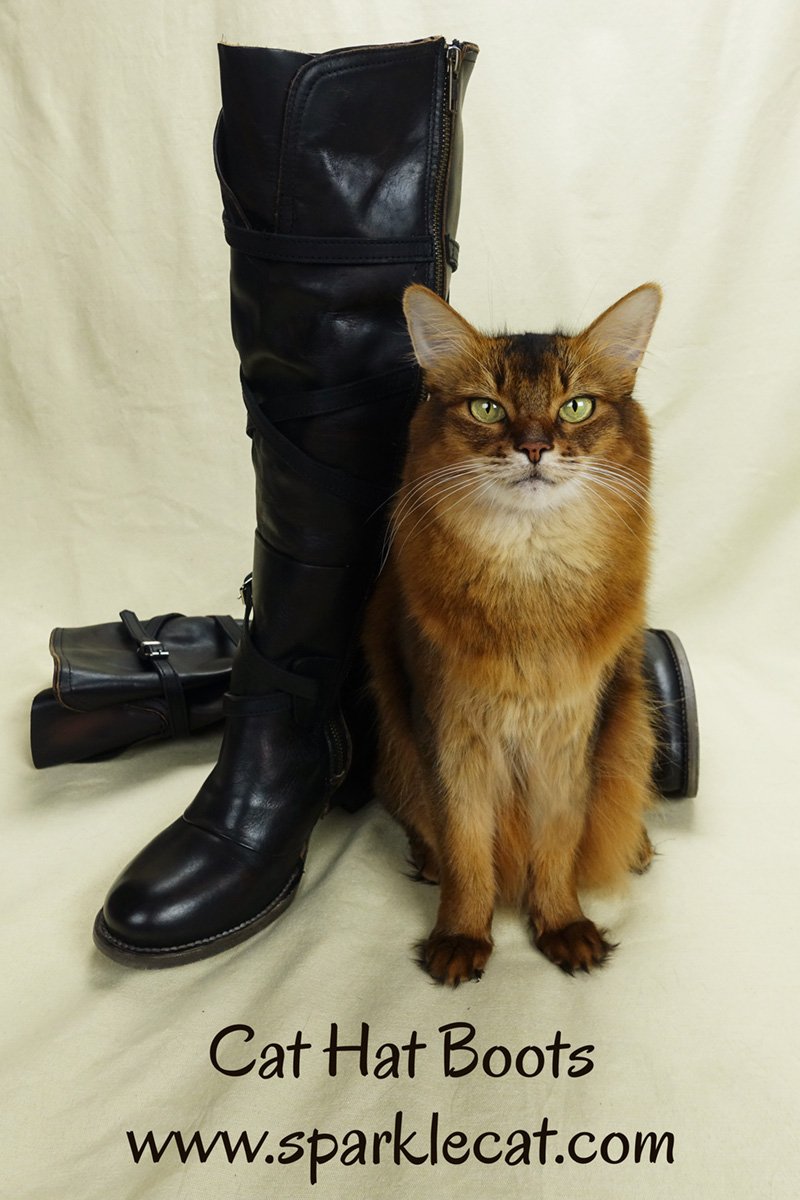