You are here: Home / Diary / Busy Day Visiting the Kids 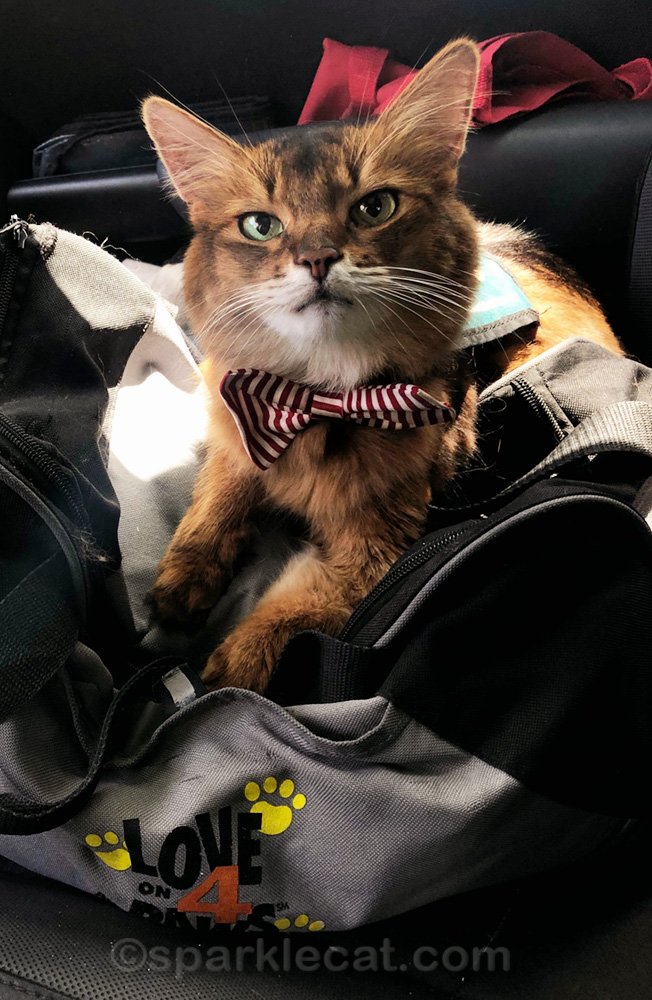 It was a busy day at the children’s hospital. In the lobby, there were a couple of guys with the funny hats who belong to the group that funds these hospitals. When the guys in the hats show up, there is usually something special going on.

But we were mostly focused on visiting with patients in the lobby and exam rooms. There were a lot of kids with their parents in the lobby, and I made the rounds. I jumped up on the couches to say hi to lots of families.

The exam rooms were full of activity. One little boy was delighted to see me and during the visit, one of the staff showed up with a toy car gift. Apparently all the kids were getting gifts that day. He wanted to show it to me, so I politely looked at it.

In another room, we found a girl in a wheelchair. Usually with a patient in a wheelchair, my human looks around for something for me to sit on. That’s because I’m not much of a lap cat, especially when the laps are small and it’s hard for me to get comfortable. So she has me sit on a platform to put me at the patient’s eye level. In a corner she saw a metal step platform so she went for it. It turned out to be really heavy, but she managed to get it over to the girl so I could sit on it and be petted by her. My human also took a photo of the two of us for the family.

There was another girl who was in a stroller, although she was way past the toddler age. I could see why — her limbs were all at odd angles. But no matter, her face lit up into the sunniest smile when she saw me, and that was all that mattered.

We also spent time with another young girl. This one was probably about three, and we had already seen her in the lobby. Her feet were at odd angles and callused on top. She loved me a lot and petted me for a long time. It’s a good thing those men in their funny hats are around to support the medical care for all these kids.

Back in the lobby, we visited for a few more minutes before signing out. There was a couple there who were waiting for their kid who was having some sort of procedure. I could tell they needed kitty energy, so I spent lots of time with them. Which just shows it’s not only kids who need therapy from me — sometimes the parents need it just as much. On the way out, we stopped by an older boy who remembered me from a visit months ago, when he had a broken wrist.

I love when patients remember me. But I guess I am hard to forget, since you don’t see a therapy cat every day. 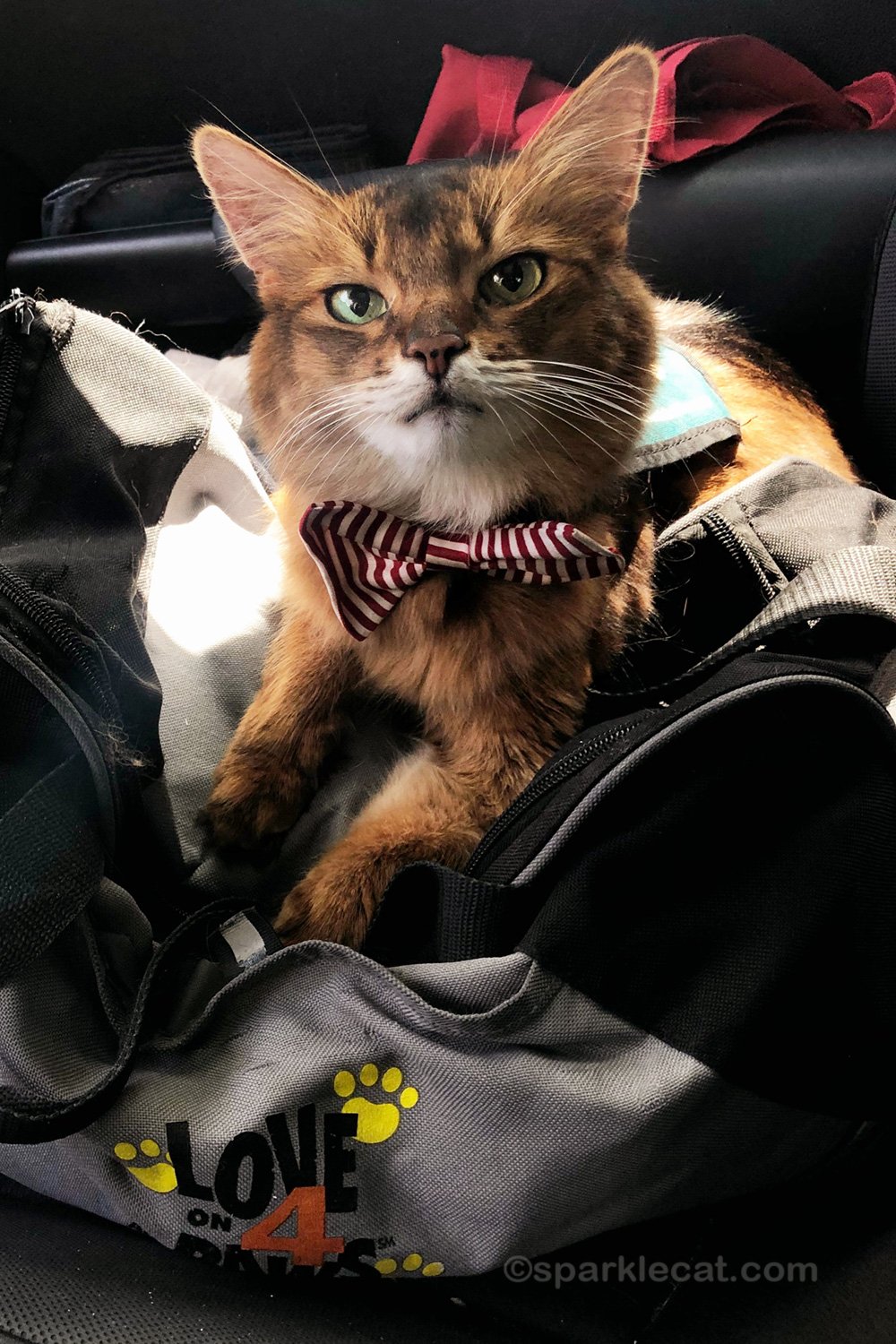