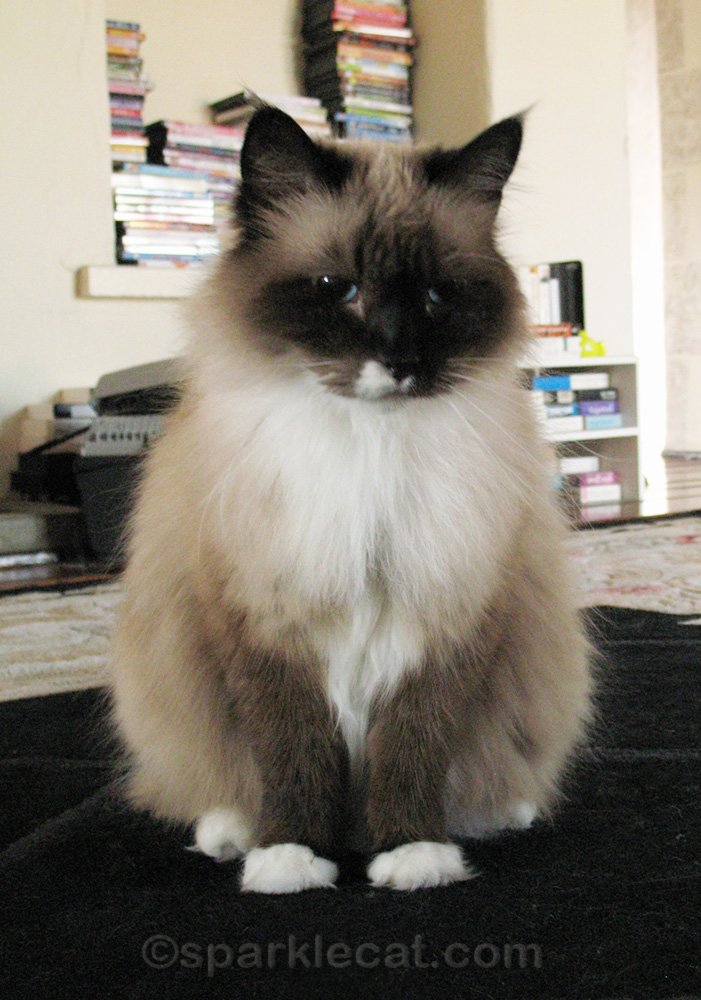 We don’t know Boodie’s exact birthday, but when my human brought her home from the rescue, she was nine months old. That was in February, 2002. Doing the math, that would have meant she was born sometime in May 2001. So she would have been 20 this May! This particular throwback birthday of hers is from 2008… 6 years before I was born! 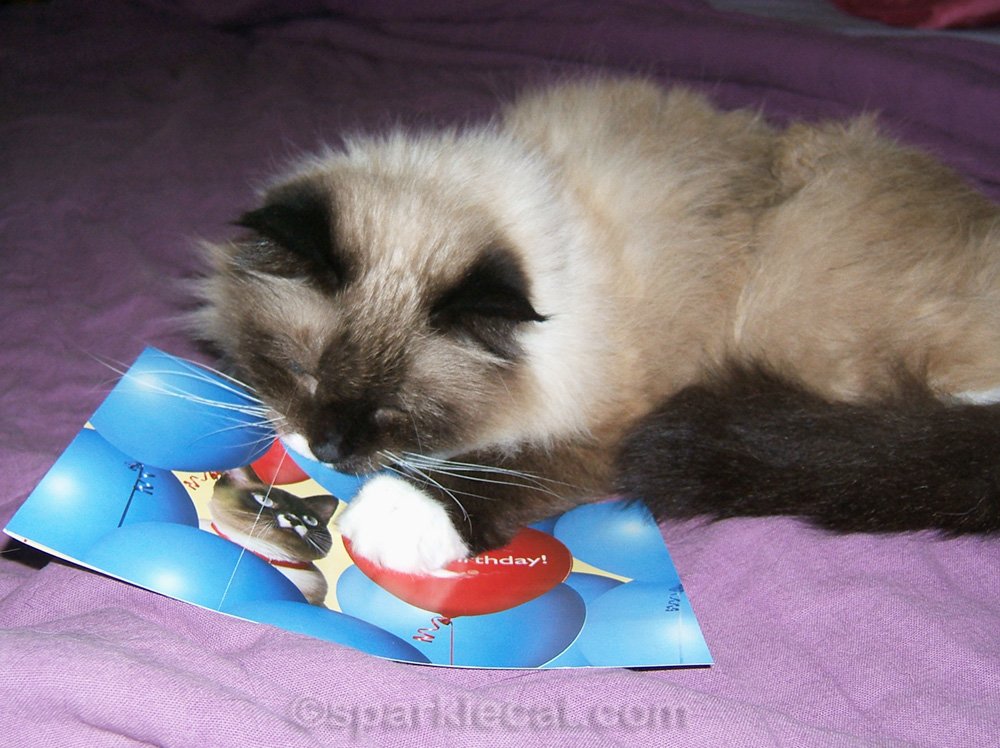 One of the big chain pet stores — I forget which one now — used to send out birthday cards to their customers. The card included a three dollar coupon. Boodie and Binga both got cards. This particular year, Boodie tried to eat hers. 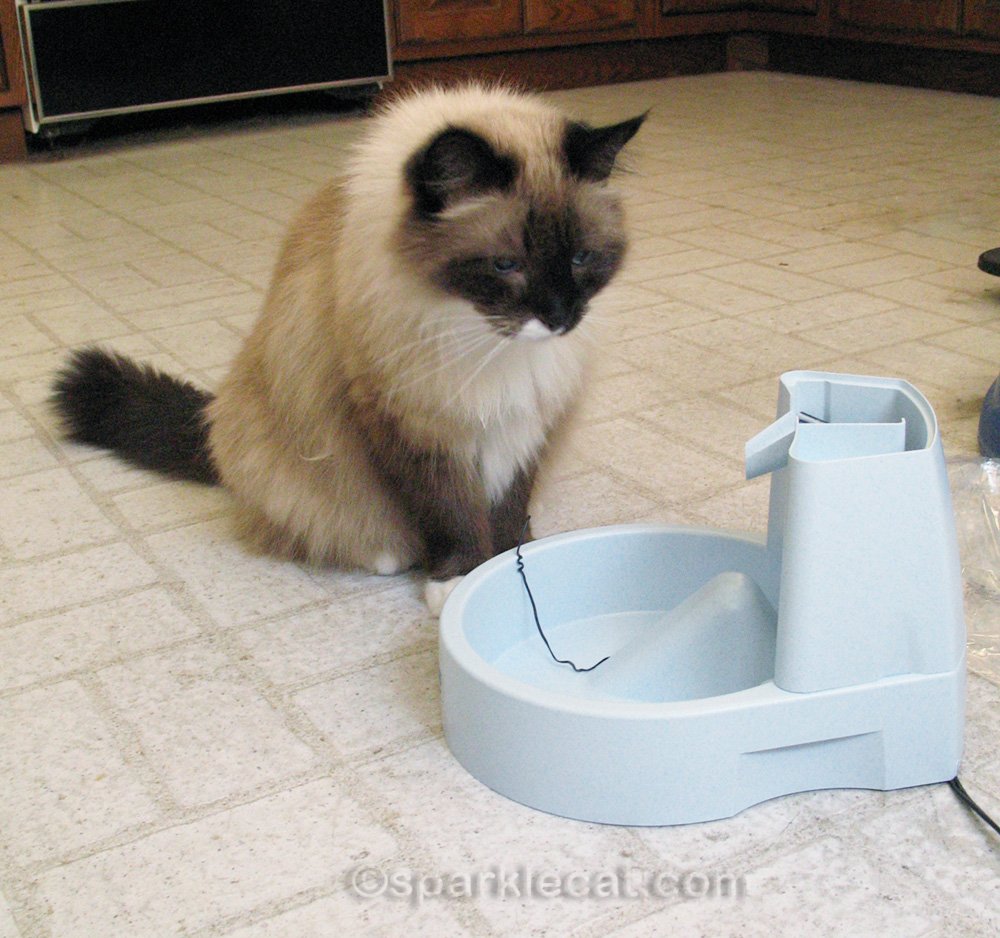 My human did go to the pet store and she brought home a few things. The drinking fountain wasn’t Boodie’s birthday present. It was for all of us. Boodie actually was the one who hung around while my human was assembling it. I don’t think she was much help though. In fact, she seems pretty puzzled by the fountain. 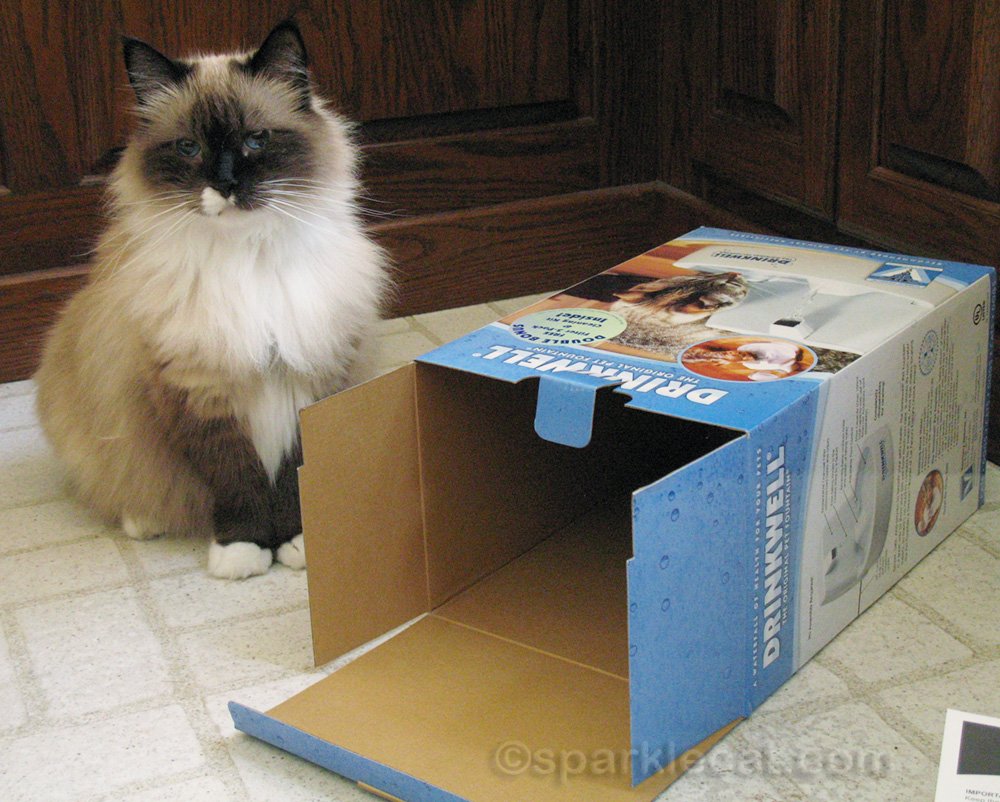 The box it came in was a different thing altogether. 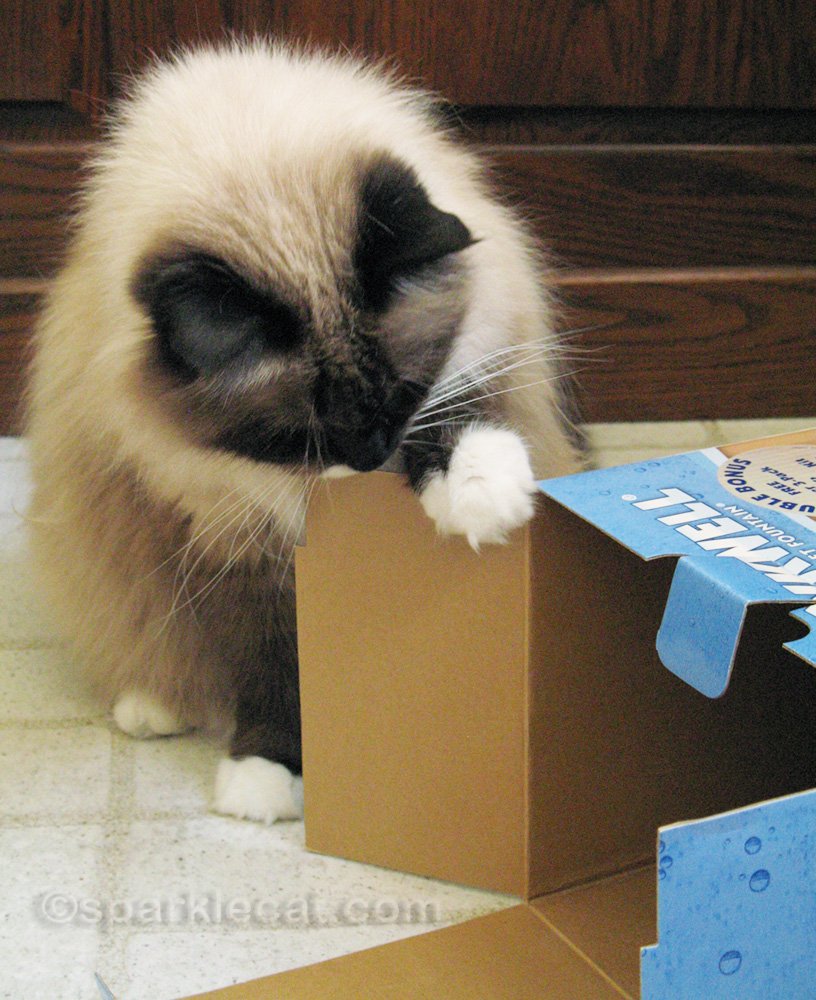 Boodie always appreciated a good box. I’m surprised there are no photos of her in this one, because she must have gotten in it at some point. 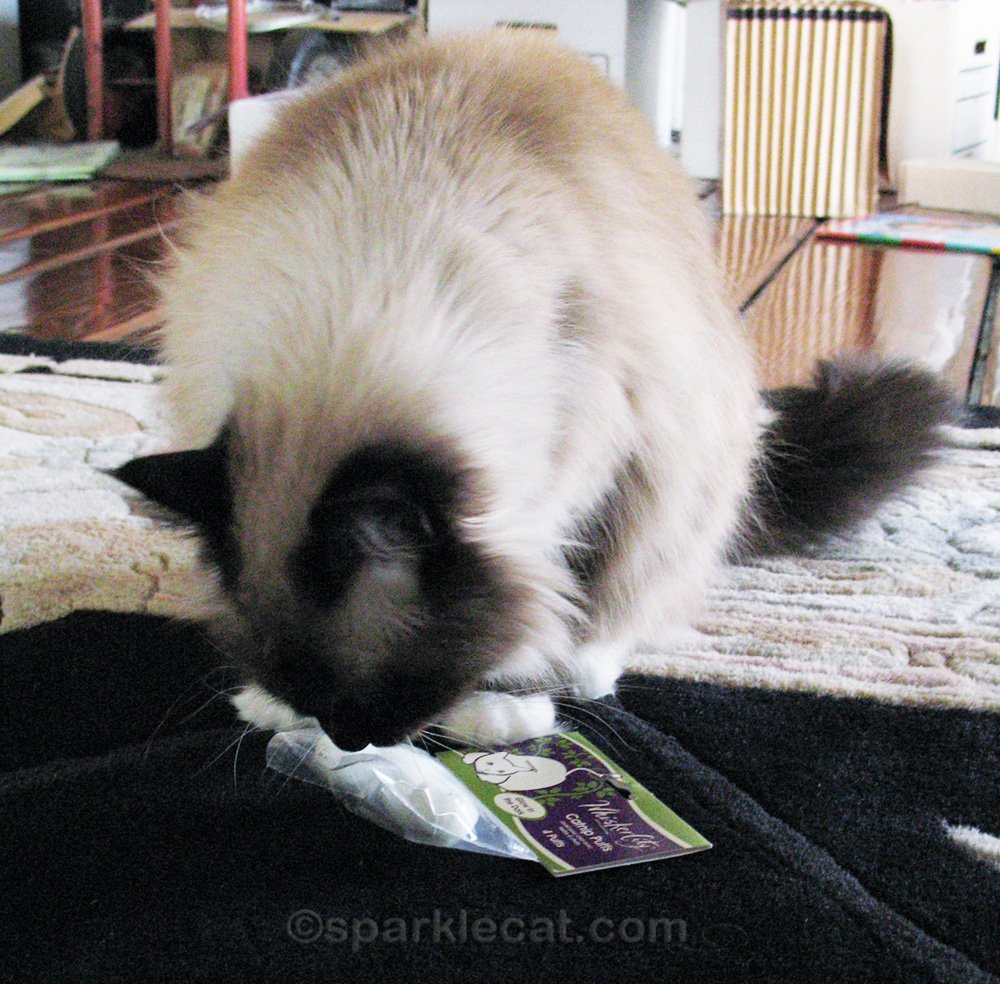 This was Boodie’s birthday gift — a bag of fuzzy white balls infused with catnip. Knowing my human, it probably cost exactly three dollars, including tax. 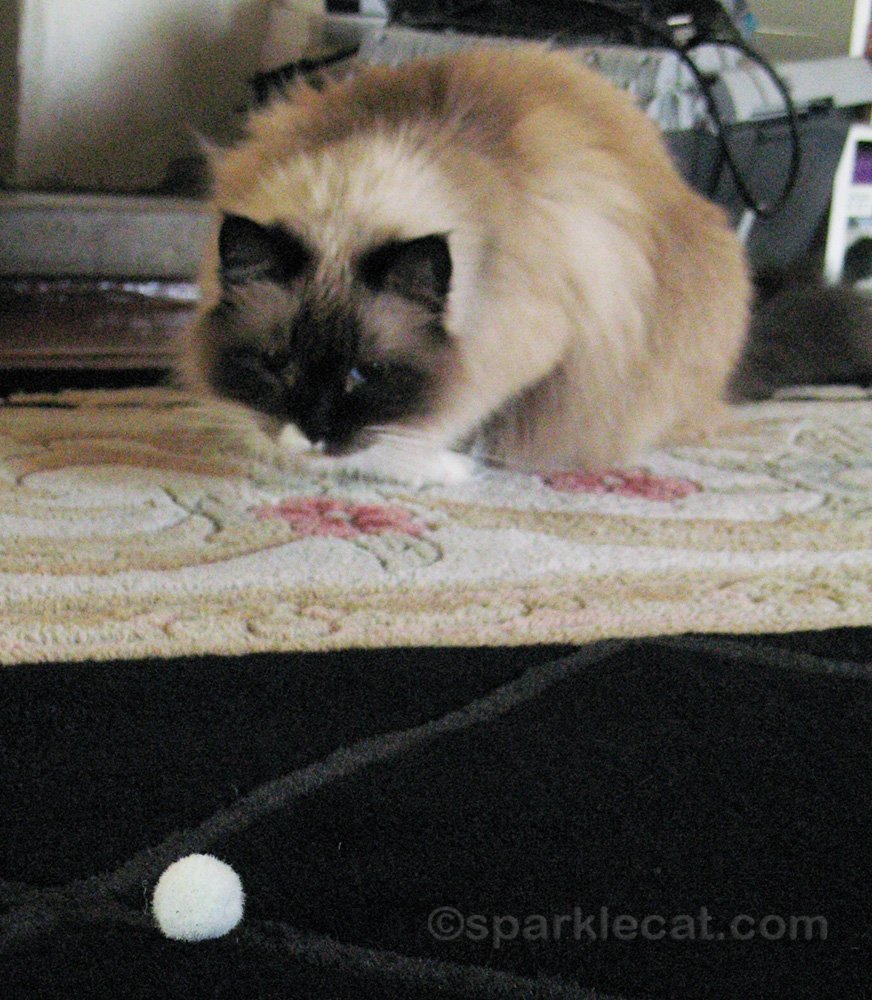 Since Boodie was older when I came to live here, you didn’t get to see her play very often. But she did! In fact, she enjoyed playing all her life, even if she did less of it later on. She loved her birthday gifts, and did not care how much they cost. 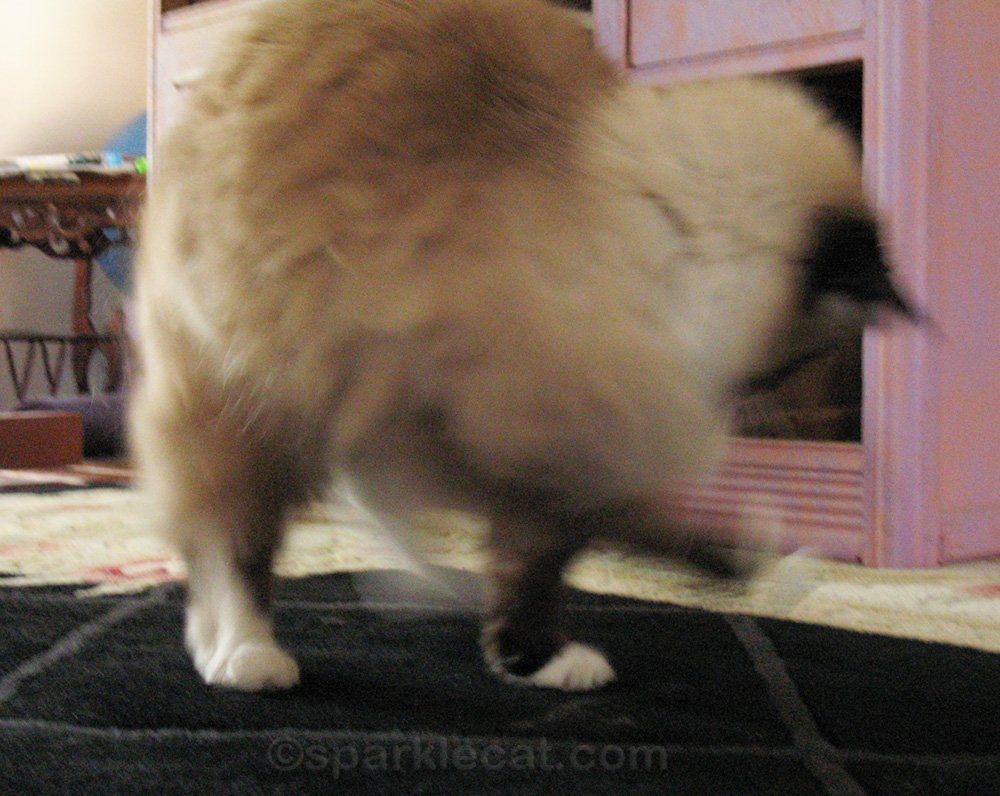 Sometimes she was just a blur of activity!

I hope you enjoyed this look back at Boodie during her birthday month. We still miss her. 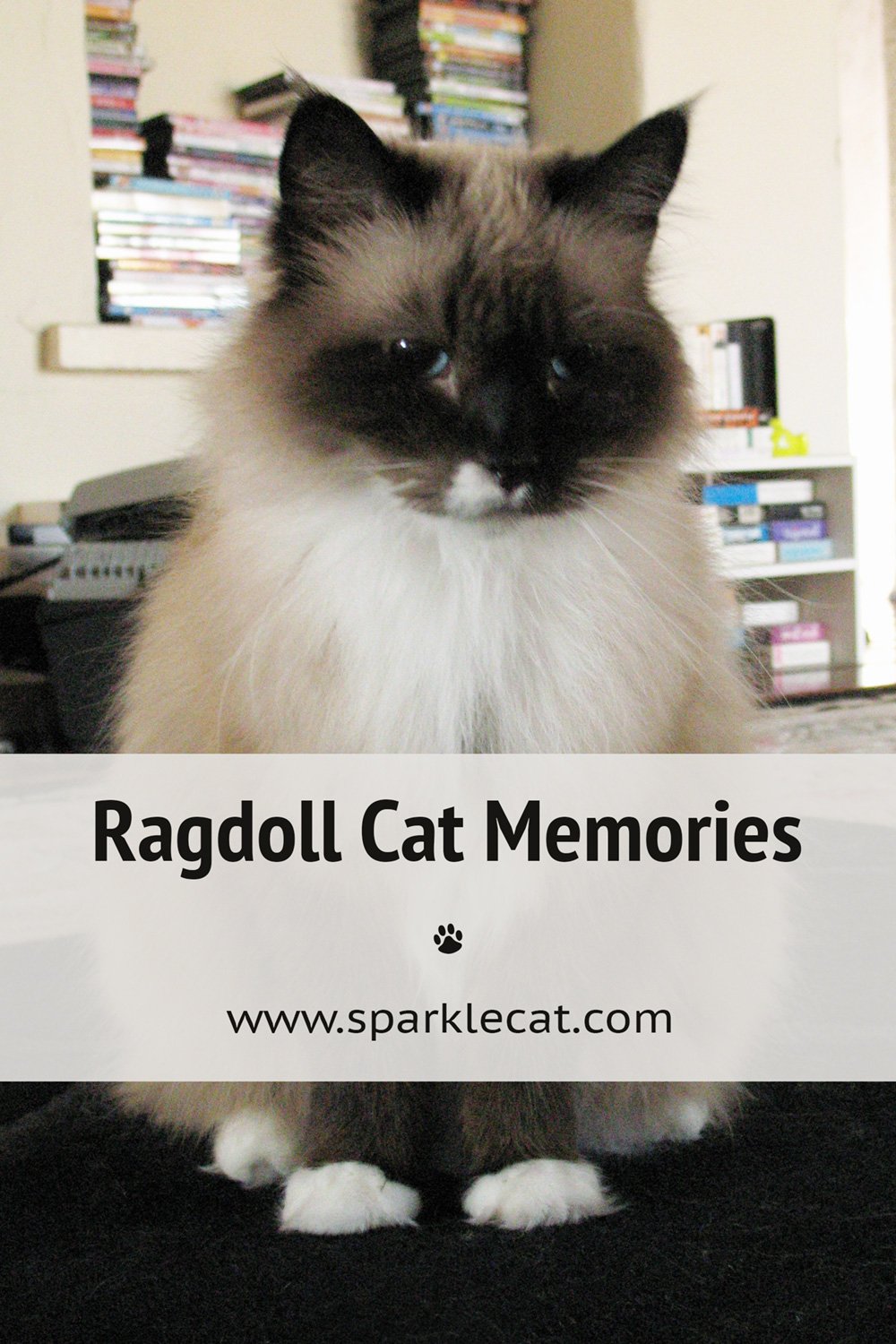