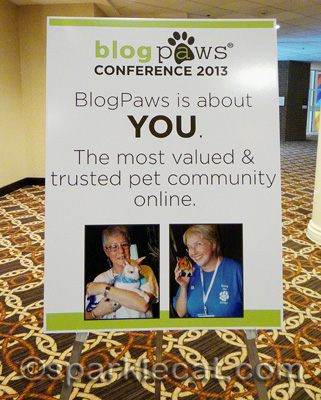 My human and I were a bit (well, more than a bit) exasperated with this year’s BlogPaws conference. But instead of starting off with my gripes, I felt it was better to start off with the good stuff BlogPaws had to offer. It did get my human out of the house for a few days, giving me a break from her incessant kissing and handling of me. And while she was at the conference in Tysons Corner, VA, she did make some connections that will benefit you, my readers. Plus she got to connect with other cat bloggers’ humans. Even staff needs an opportunity to cut loose sometimes!

But even better than networking with other humans, she got to network with some prominent cats! 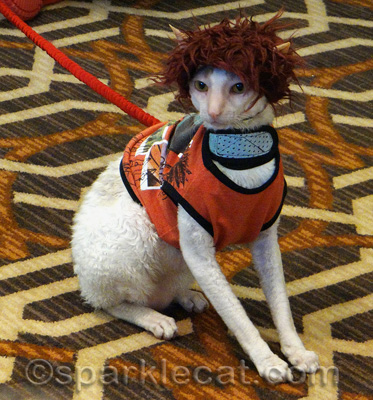 Brighton, Disco and Coco from the Curlz and Swirlz blog were very fashion forward and had several wardrobe changes throughout the weekend. Above is Brighton’s punk rock look. 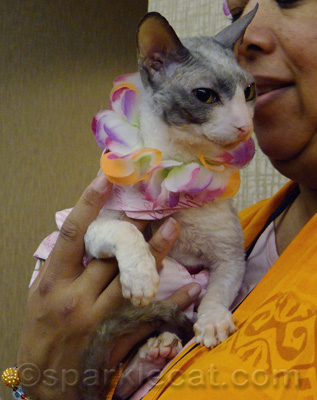 And Brighton and Coco weren’t the only stylish Cornish Rexes in attendance. 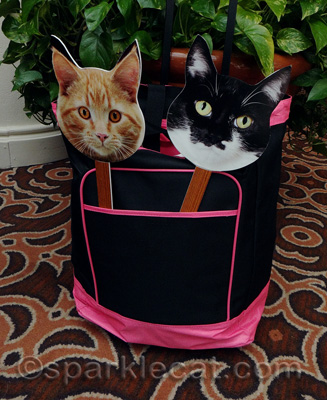 Most blogging cats, however, showed up in “flat” form, like Katie and Waffles from Glogirly. I don’t do flat because I think it gives me an air of mystery. 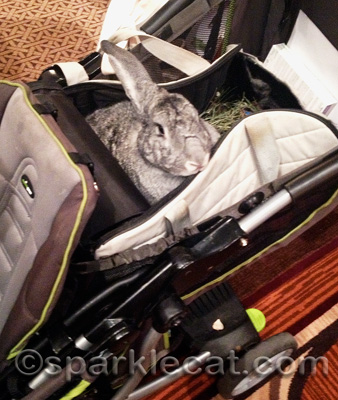 There were other critters at BlogPaws too, aside from cats and dogs. This bunny, for example. He weighed 34 pounds — he was huge! That is 7 times more than I weigh! 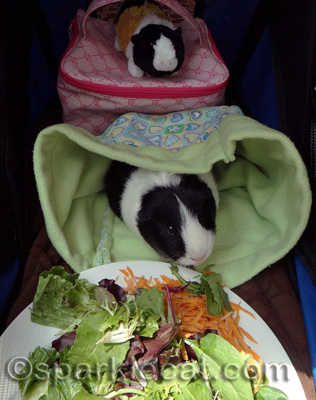 This guinea pig got a catered lunch! 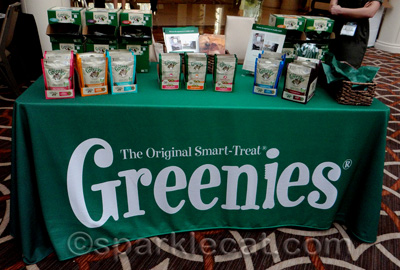 I made sure my human stopped by the Greenies booth to refresh my store of treats! 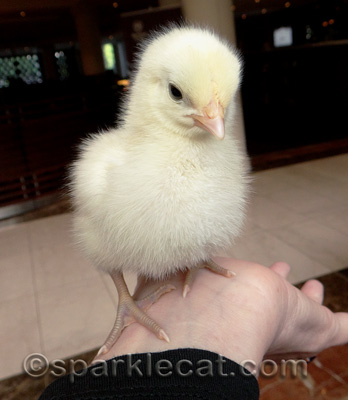 But I was very disappointed that she did not bring home this treat! 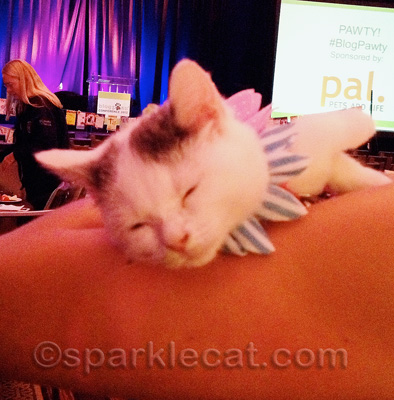 But the scene stealers of the conference were the kittens! The Random Felines human brought along one of her fosters, Triscuit. She was very good the whole time she was there, allowing all the humans to hold her and coo over her. But by Saturday night she was exhausted! After the awards show (cat bloggers pretty much ruled the awards), she just wanted a nap.

Meanwhile, my human and a bunch of other cat bloggers’ humans headed up to the hotel room of Covered in Cat Hair’s Robin Olson, where a surprise birthday party for Allegra and Ruby’s human was going in full force! Disco and Coco were there, running around naked! 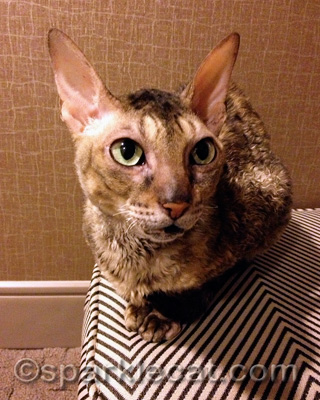 Disco, being a Sphynx, was about as naked as a kitty could get! 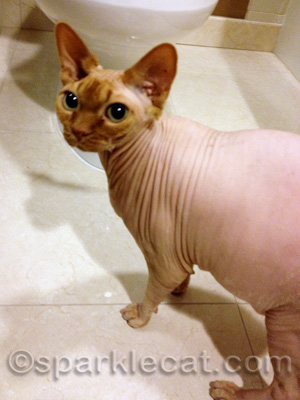 But the real star of the weekend was Odilia, a kitten being fostered by the Tails from the Foster Kittens human. She was born without eyes and has never had sight… but she is a fire cracker! She won the heart of every human she encountered with her sweet and spirited personality. Out of all the critters my human met, Odilia is the one she will always remember. 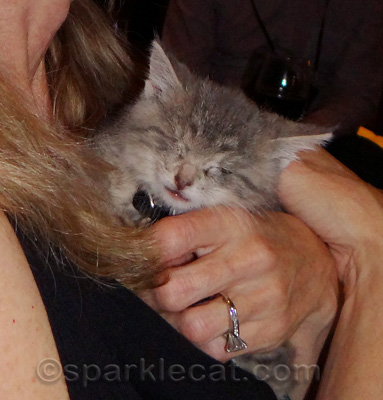 That was the best of BlogPaws. The rest I will report on Tuesday.