You are here: Home / Diary / Binga Explores the Backyard 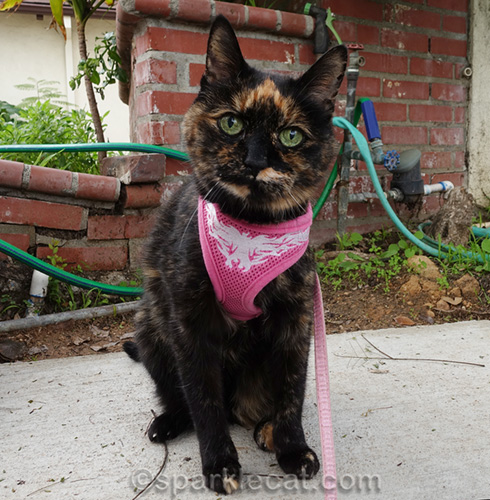 Remember when I got to explore the backyard a few weeks ago? My human finally took Binga out to explore too. She was kind of in a hurry to do it because it was supposed to rain later that day. And that’s one of the reasons she hasn’t gotten to until now — it has been very rainy for our area! 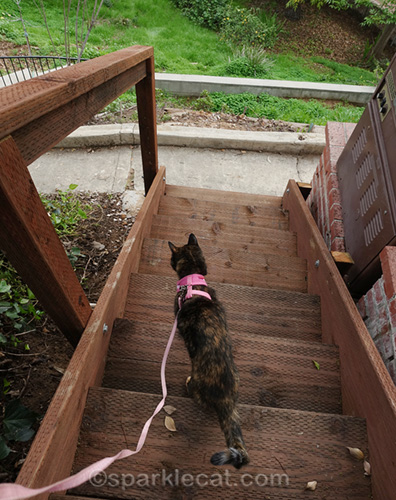 She headed down the steps to the rest of the yard, just like I did. 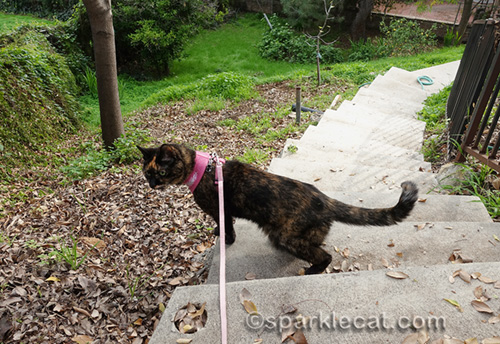 She couldn’t believe her eyes. It was like a whole new world! 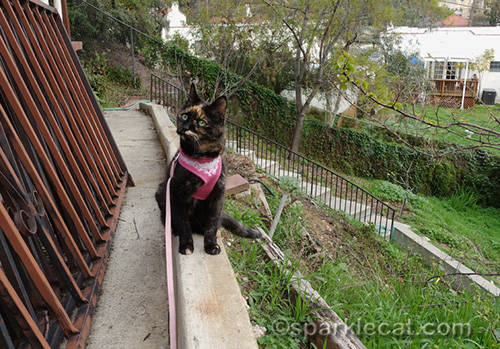 She explored some different areas than I did. She is a cat that likes to stray from the beaten path. 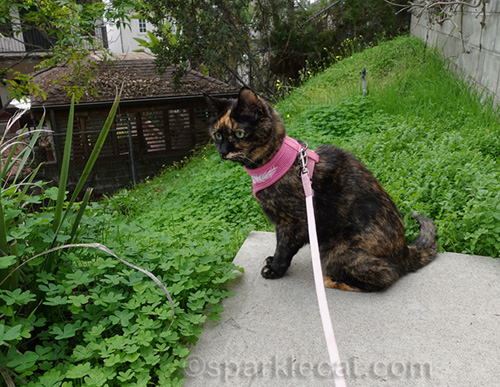 And while I stayed on the path, she was not satisfied with that. 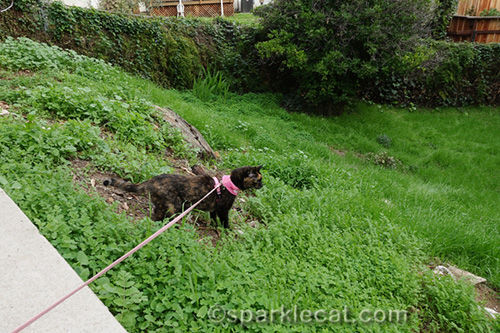 She had to go off-road! This was problematic — you can’t really tell here, but there is a very steep slope and my human couldn’t walk on it. Of course Binga didn’t want to come back, and she complained when my human made her. 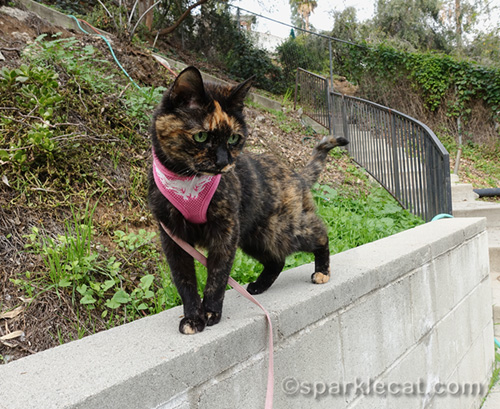 She thought she was the queen of all she surveyed. They say that taking your cat out on a leash helps broaden her horizons and makes her a better pet. I don’t know about that — the evening after her outing, Binga kept trying to jump on things and get in the way of my human’s boyfriend. When he put her down, she made a mad dash through the house and knocked some books off a bookcase. Then she beat up on Boodie. So in her case, it may have made her worse! Still, all that trouble in 20 minutes’ time was quite a feat for a cat who is nearly 16-1/2.