You are here: Home / Diary / Binga the Butterfly

It bothered Binga that every time she got to go outside, she could never catch anything. So she came up with a sneaky idea to trick the bugs that hang out on the patio. 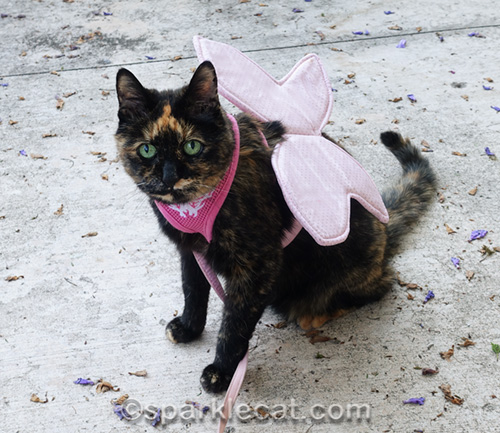 She disguised herself as a butterfly! 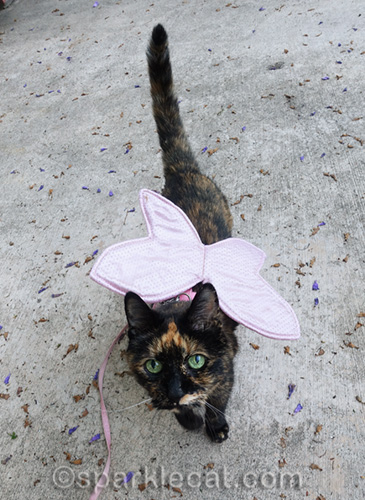 She worked really hard at putting herself in a butterfly state of mind. Whatever that means. 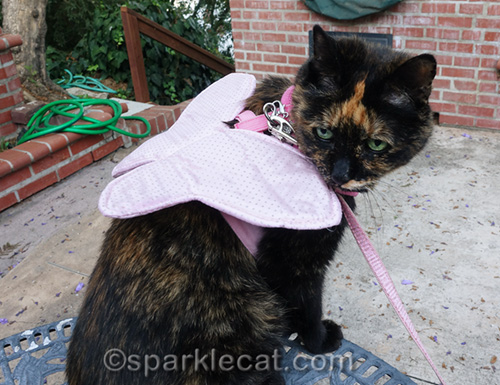 So she sat around and waited for some unsuspecting bugs to fly by so she could catch them. 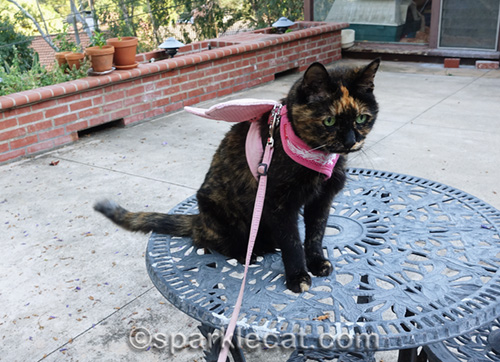 I think she expected to be able to take off and fly with those butterfly wings. Fortunately, she did not try too hard. 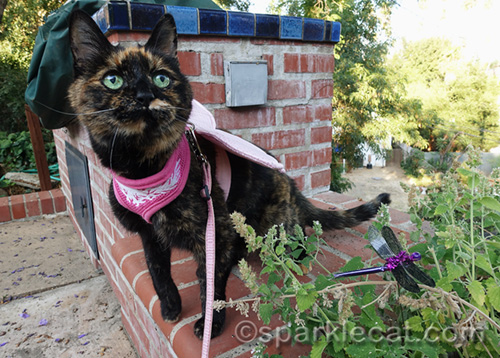 Since she wasn’t having any luck catching anything on the patio table, she went over to the catnip planter. She thought for sure she would catch something there. She even used one of my cat toys (the dragonfly one) as a lure. 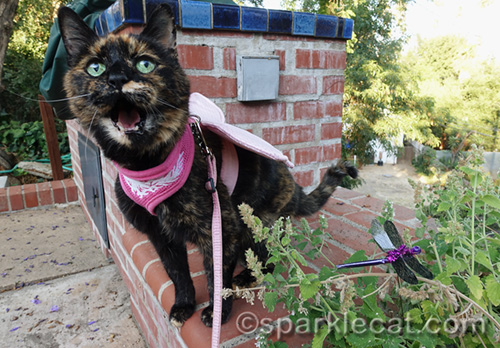 Finally, out of desperation, she stood there with her mouth open, hoping something would fly in. I bet you already know that was a big failure! I think those butterfly wings are going back in the closet they came from.