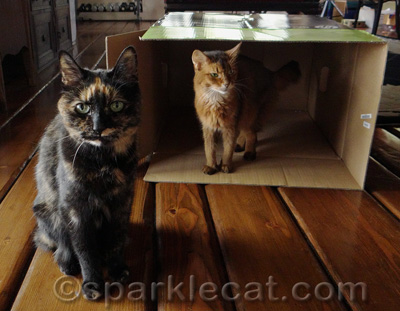 My human’s six-year-old printer finally stopped talking to her laptop (they’ve been on poor terms for a while) so it got dumped! Literally, at an electronics recycling day they were having in my town. Which meant she had to buy a new all-in-one printer. Which meant (and this is the important part) I got a new box! A really, really big box. 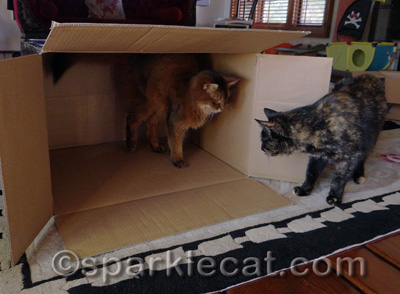 But even though it is a big box, that does not mean that there is room for more than one kitty! Binga wants in, but I told her she needed to give me the password. 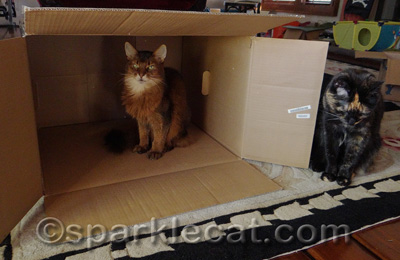 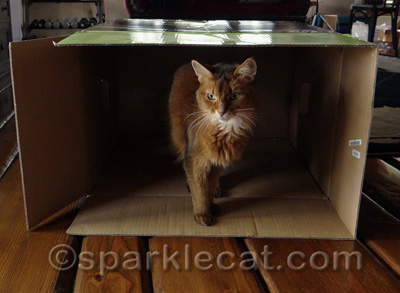 I love my new box and think my human got the raw end of the deal, being stuck with just a dumb, heavy printer! While she is trying to figure out why she can’t link her iPhone to the printer, I can relax in here and take a nap. 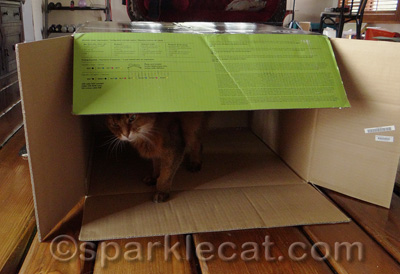 Although I confess, like the printer, the box sometimes has a malfunction or two.