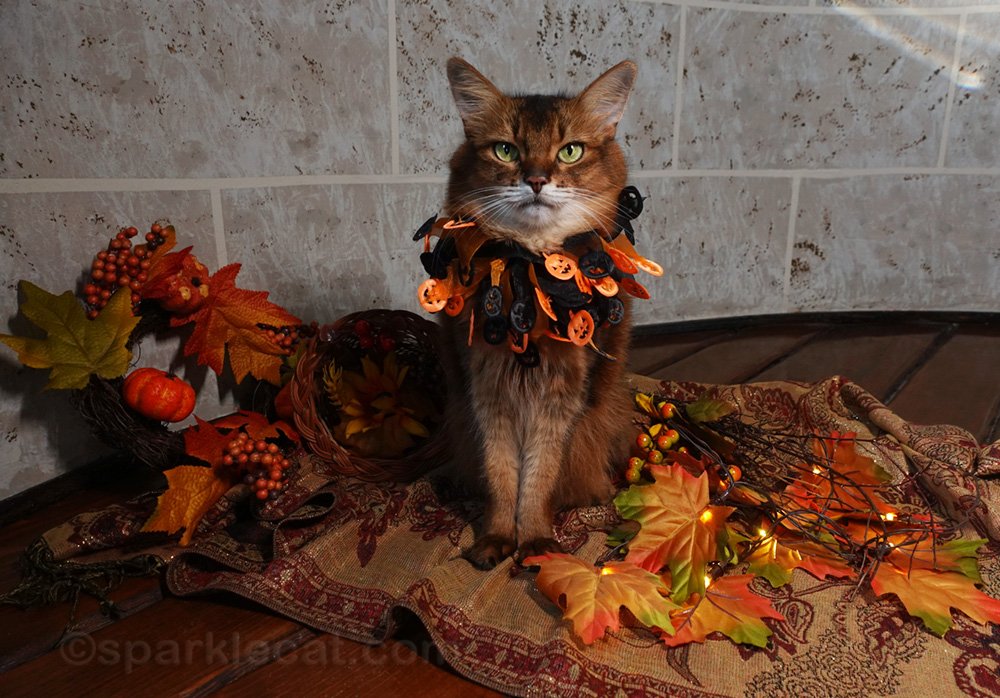 Remember weeks ago, when I asked you guys which pumpkin I should pose with? I’ve had the answer for a while, but I got sidetracked with Halloween costumes and such. 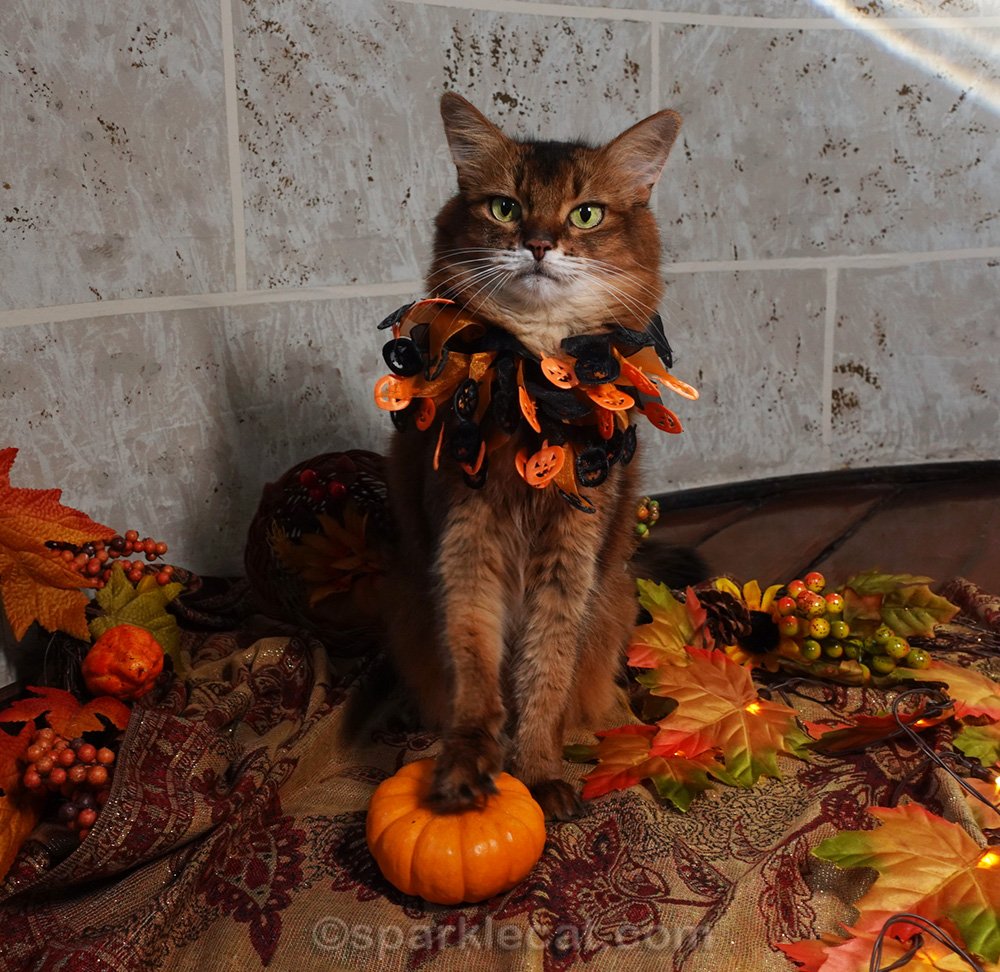 To recap (in case you forgot), there was this tiny pumpkin. 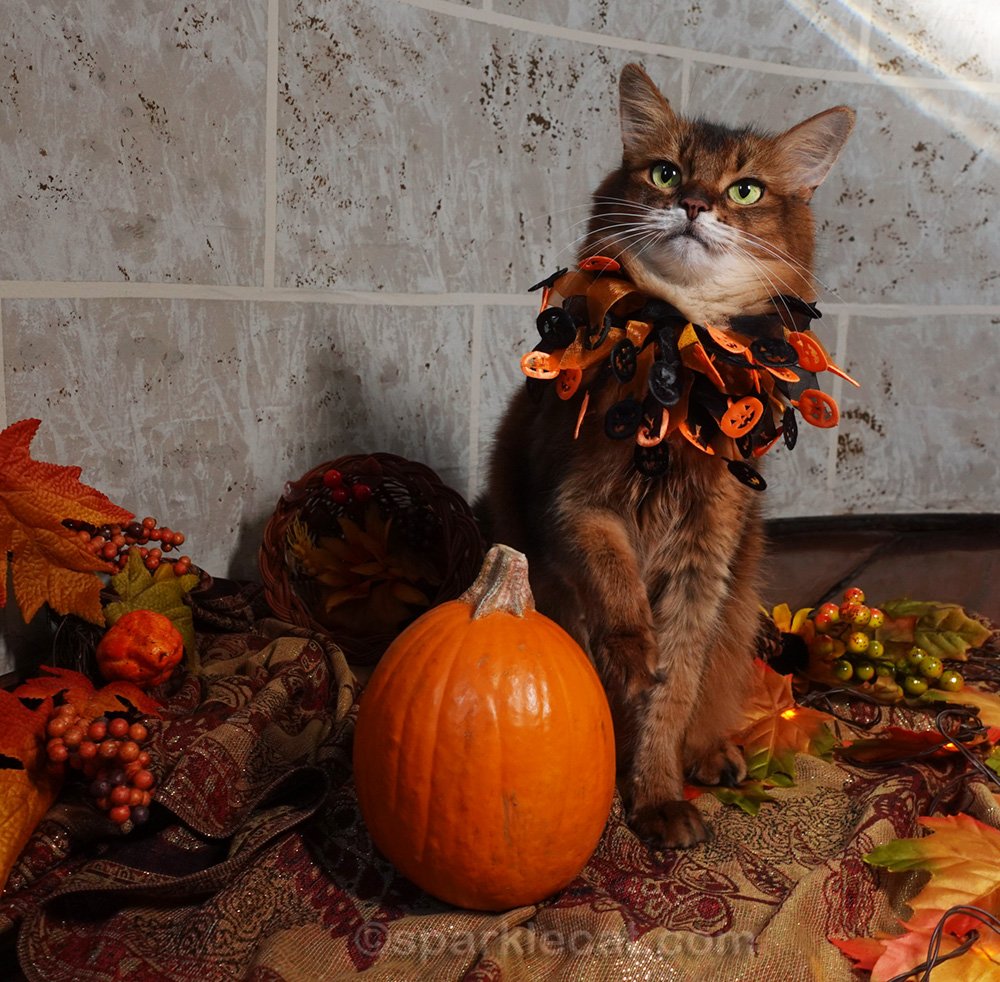 And this more reasonably sized (if you are a cat) one. I also gave you the option of choosing “both.” I also asked my followers on Instagram and TikTok… and well, a bunch of them offered up a fourth option! 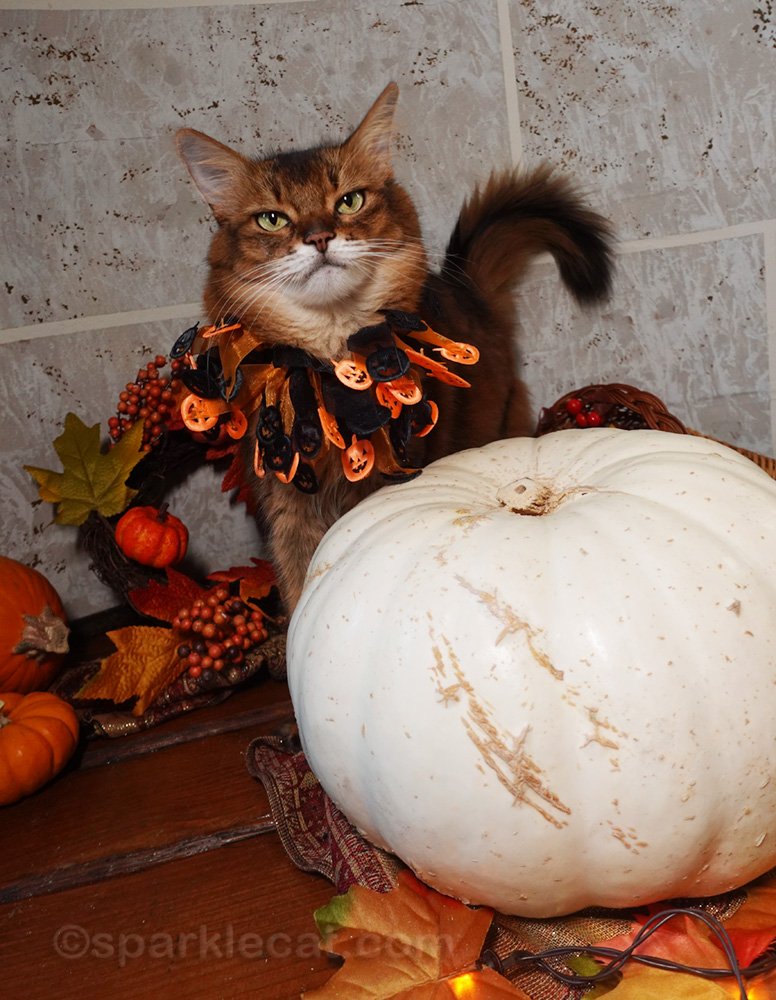 They thought I should have an even bigger pumpkin! Like, a really huge one. So many of them suggested this that my human went out and got this monstrosity. 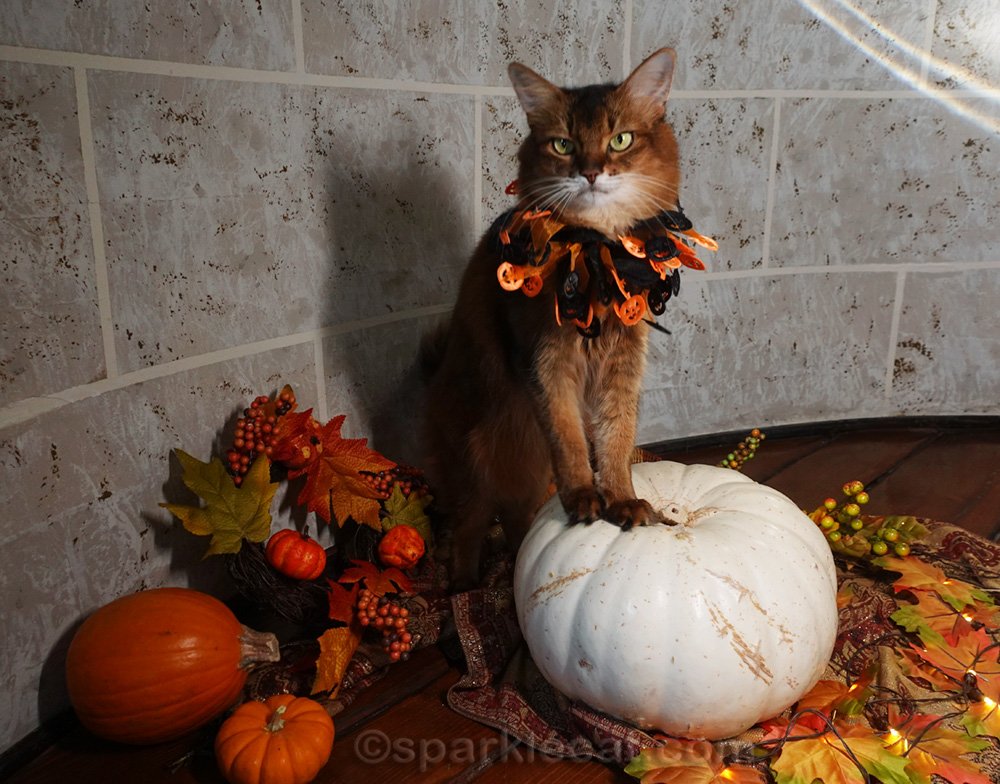 At first my human wanted me to pose sitting on top of the big pumpkin, but I wasn’t having any. She got as far as having me pose with my front paws on it. 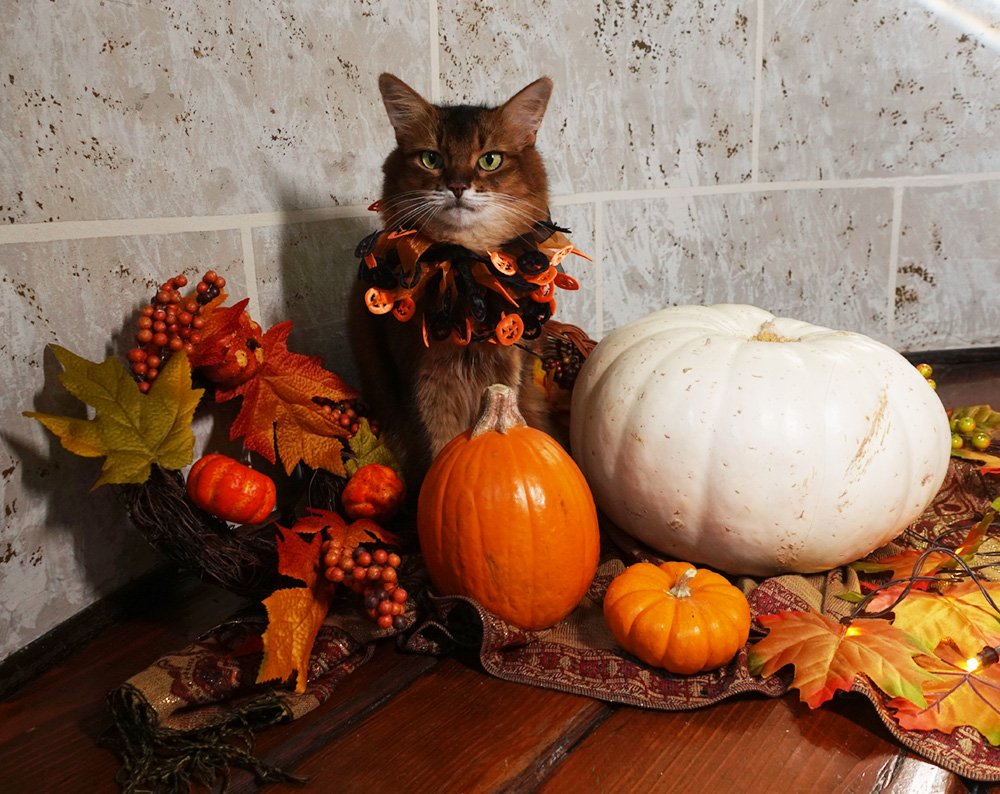 Finally she just had me pose with them without doing anything fancy. Is this the busiest ever fall set or what? Oh, and there’s also a video you can see below. 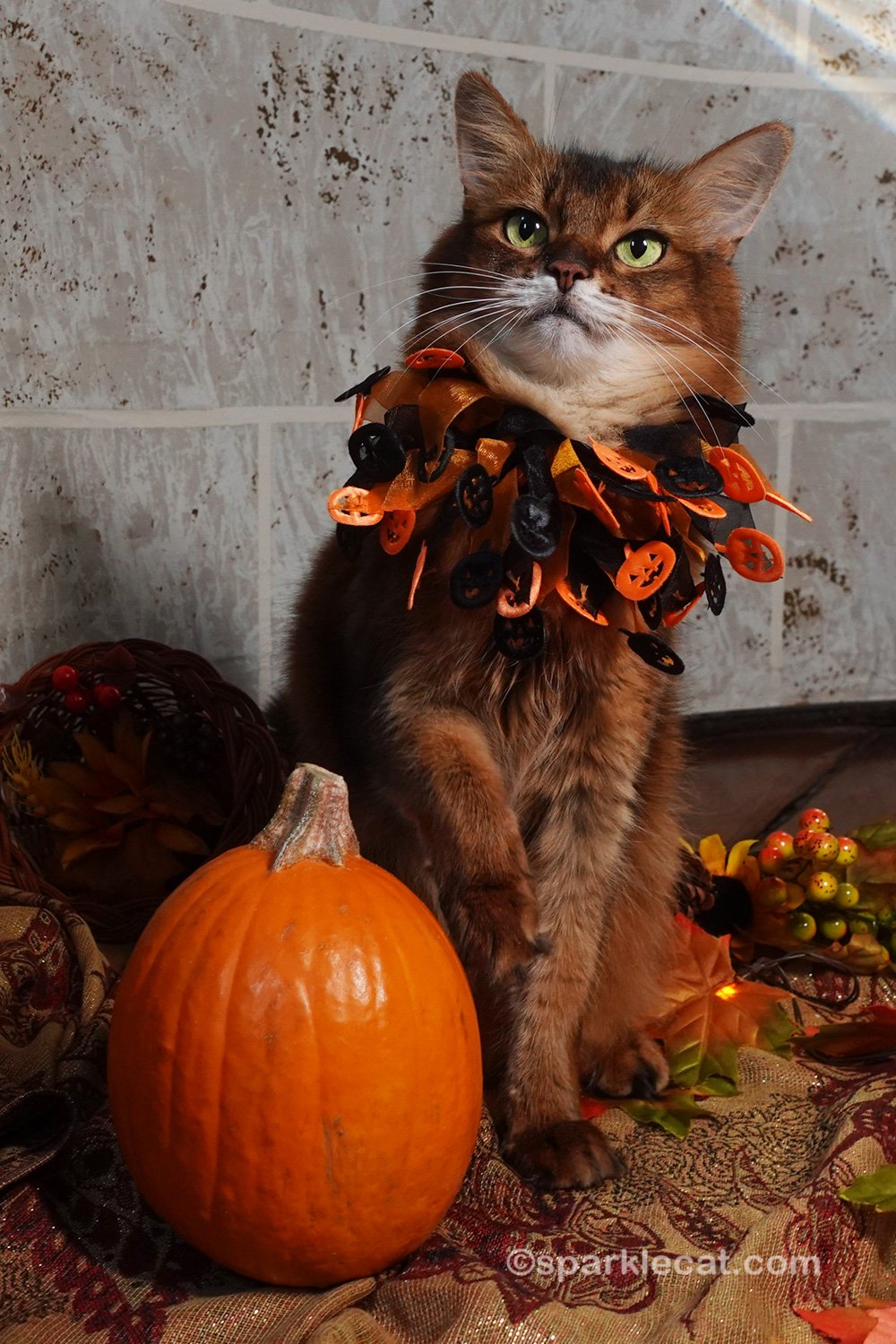