You are here: Home / Diary / Back to the Bunny (Costume) 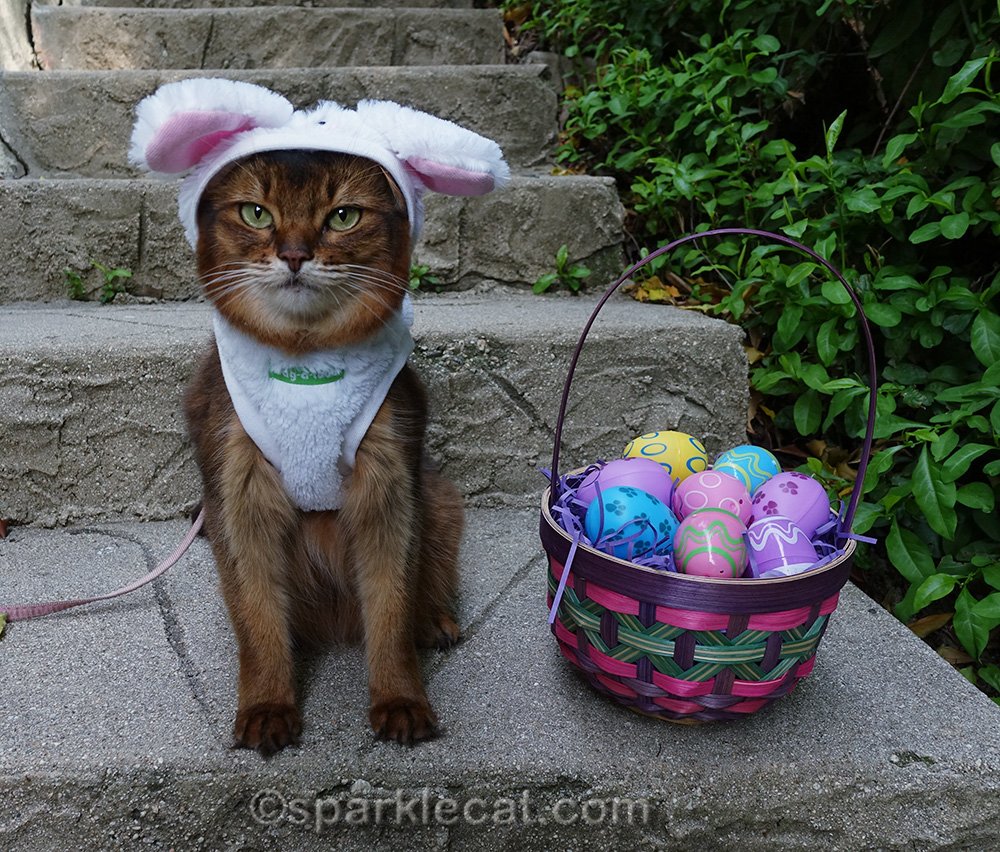 I had to double check my calendar, but apparently Easter was April 12, and now it is May 1. So why am I wearing this bunny costume again? If you guessed by my calendar mention that it’s for my 2021 calendar, you would be right! When I was out doing the Easter egg hunt, my human saw a couple of good photo ops, and wanted to recreate them. There was only one problem with the original location. 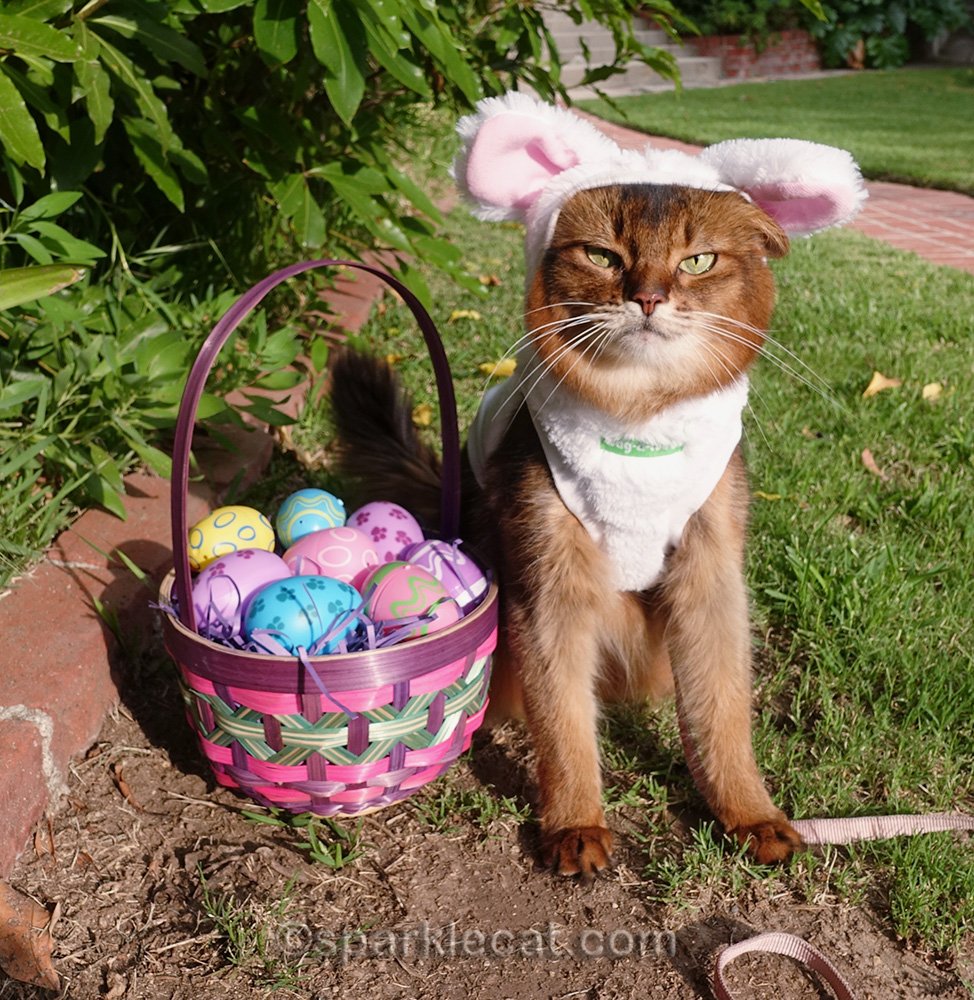 The sunlight was too bright and contrasty! This was completely unintentional. It was hazy and slightly overcast when my human set up the shot. But by the time she got me in the harness and costume, the sun decided to come out! So we had to ditch this location for one in the shade. 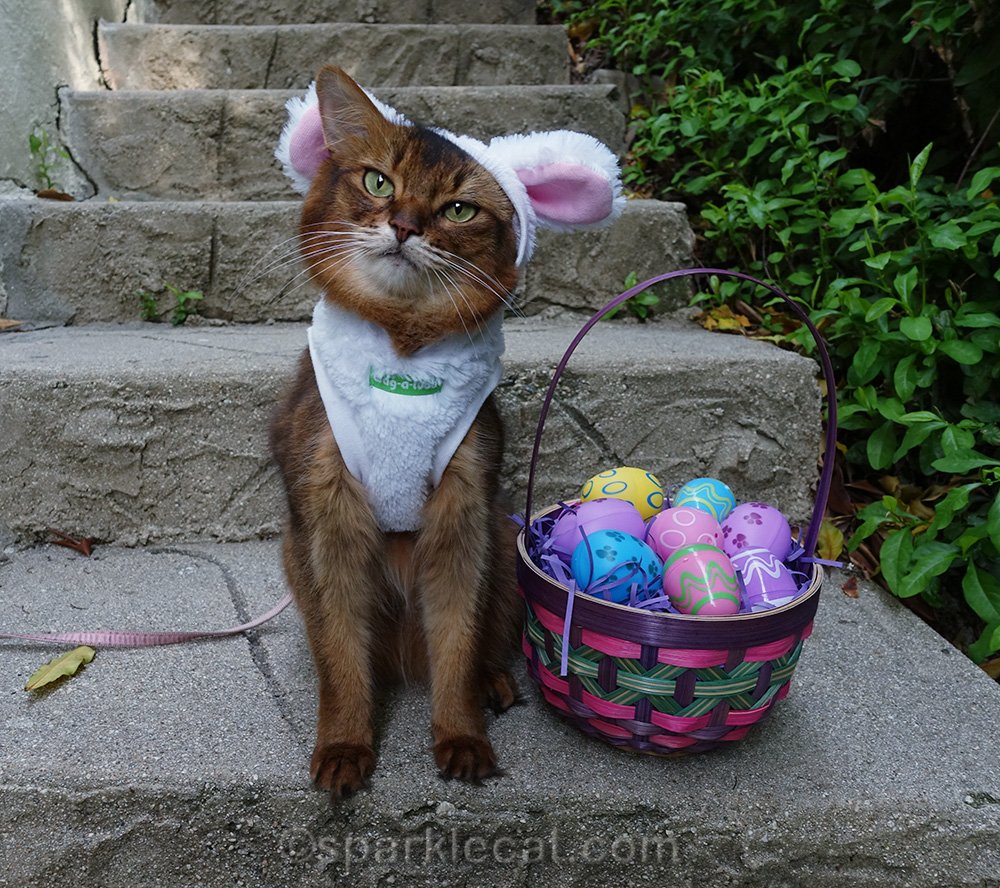 This was a prettier location anyway, I think. Of course, there were the usual ear problems. If the costume’s ears were behaving, mine weren’t. 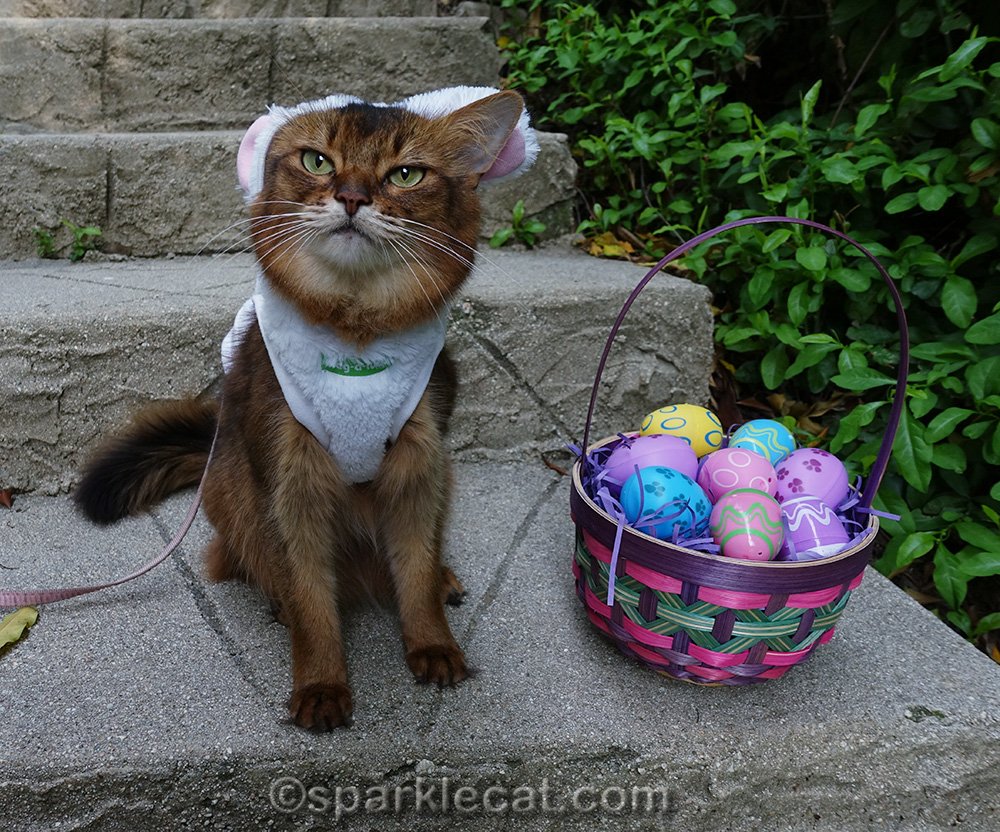 Sometimes both the costume’s ears and my ears weren’t behaving. 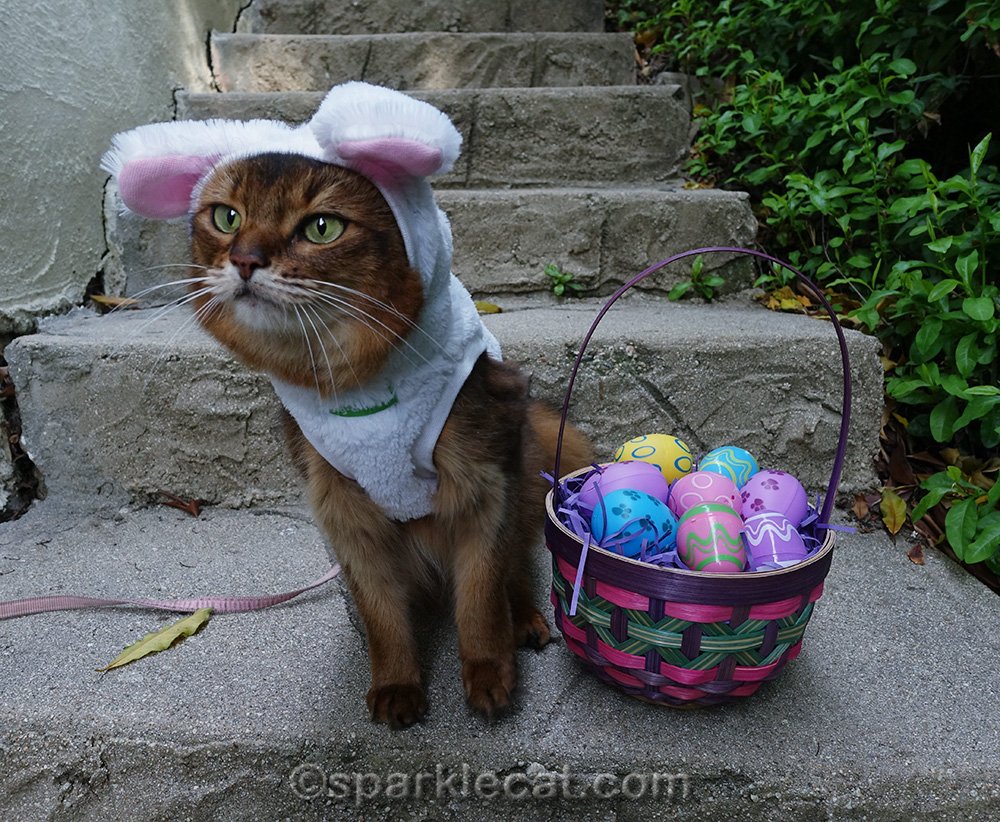 I will admit, I did get distracted a few times. 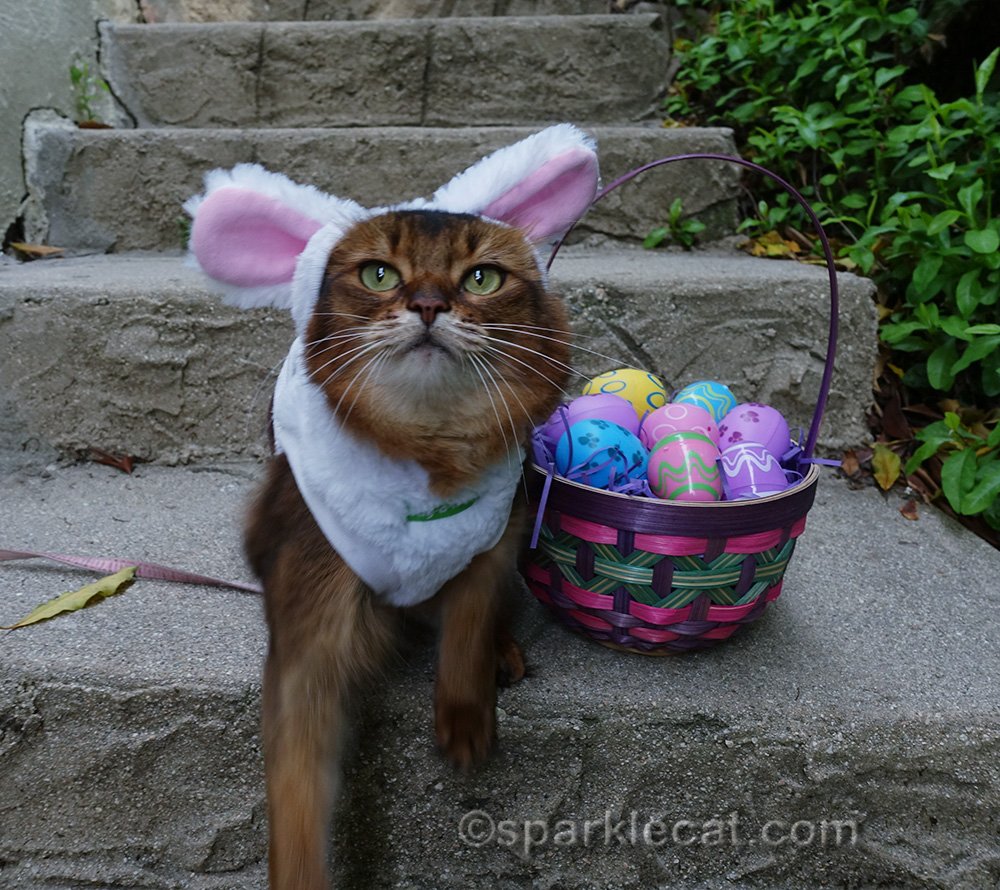 And of course, I wanted “pay as you go,” instead of getting paid at the end of the session. (It’s in my contract, you know!)

So, did we get the shot? You’ll see in a few months. Did I get to hang out costume free? Yes, and you’ll see those shots tomorrow. 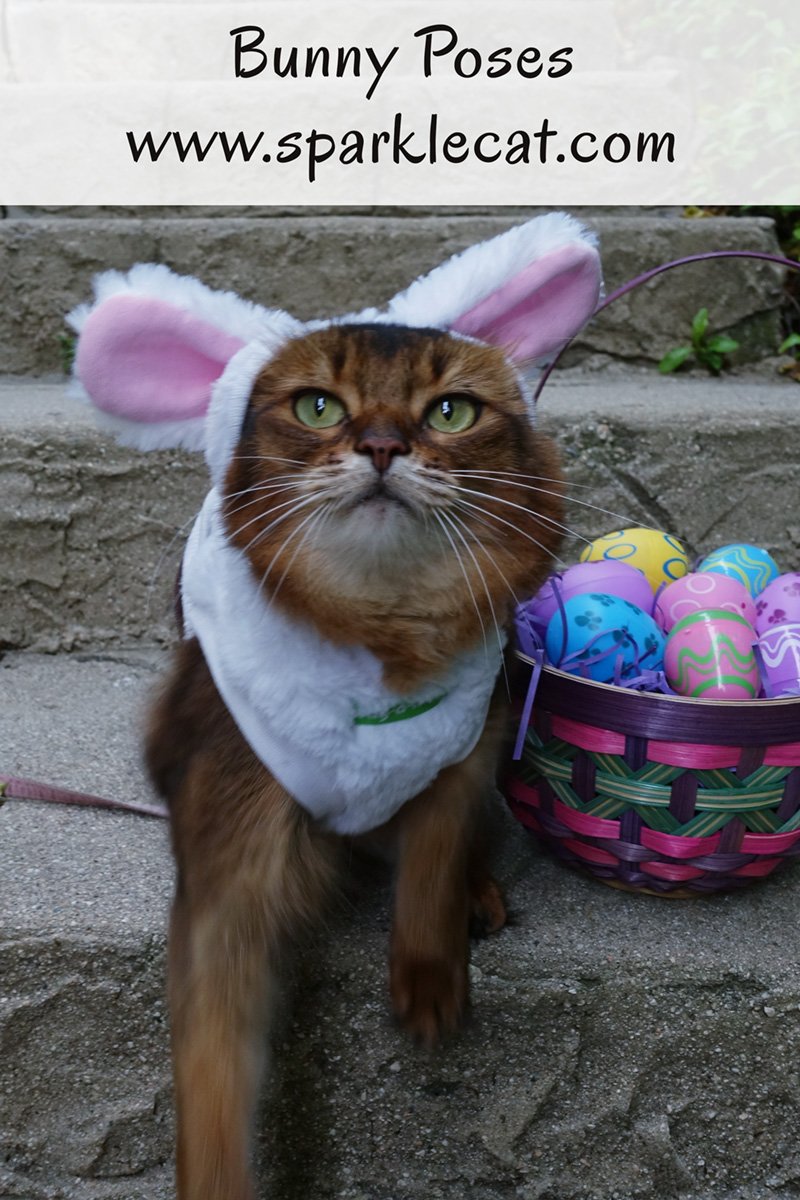