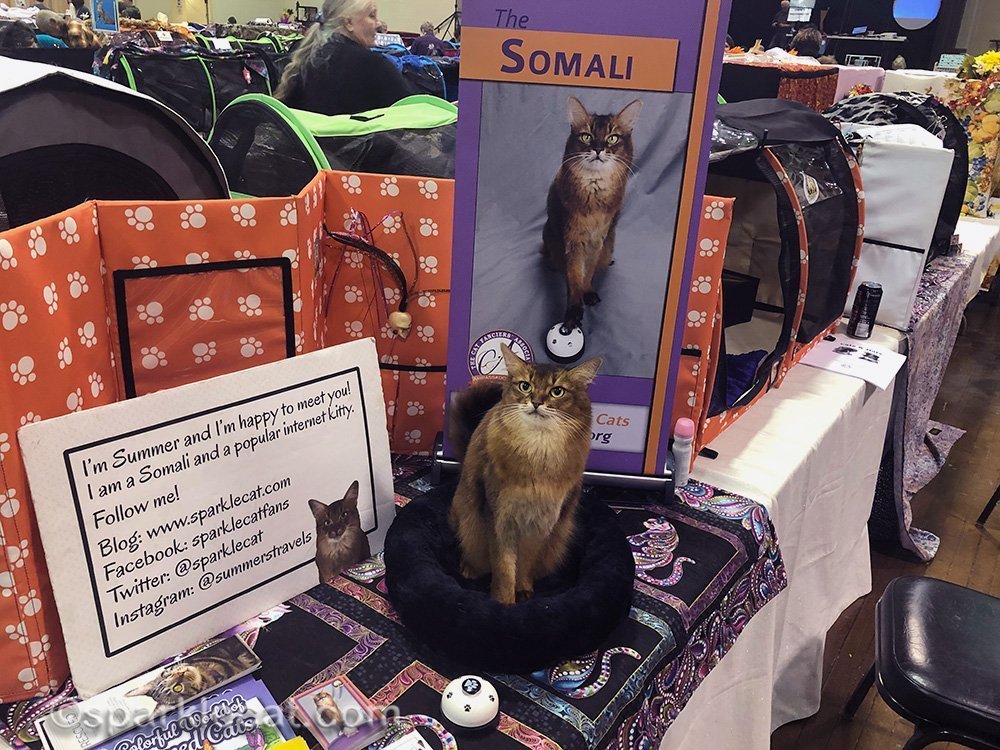 I had so much fun at my Ambassador Cat debut! I think my new set up is awesome! And the banner lets you know I’m special. I met lots of cool humans, and saw quite a few familiar faces. 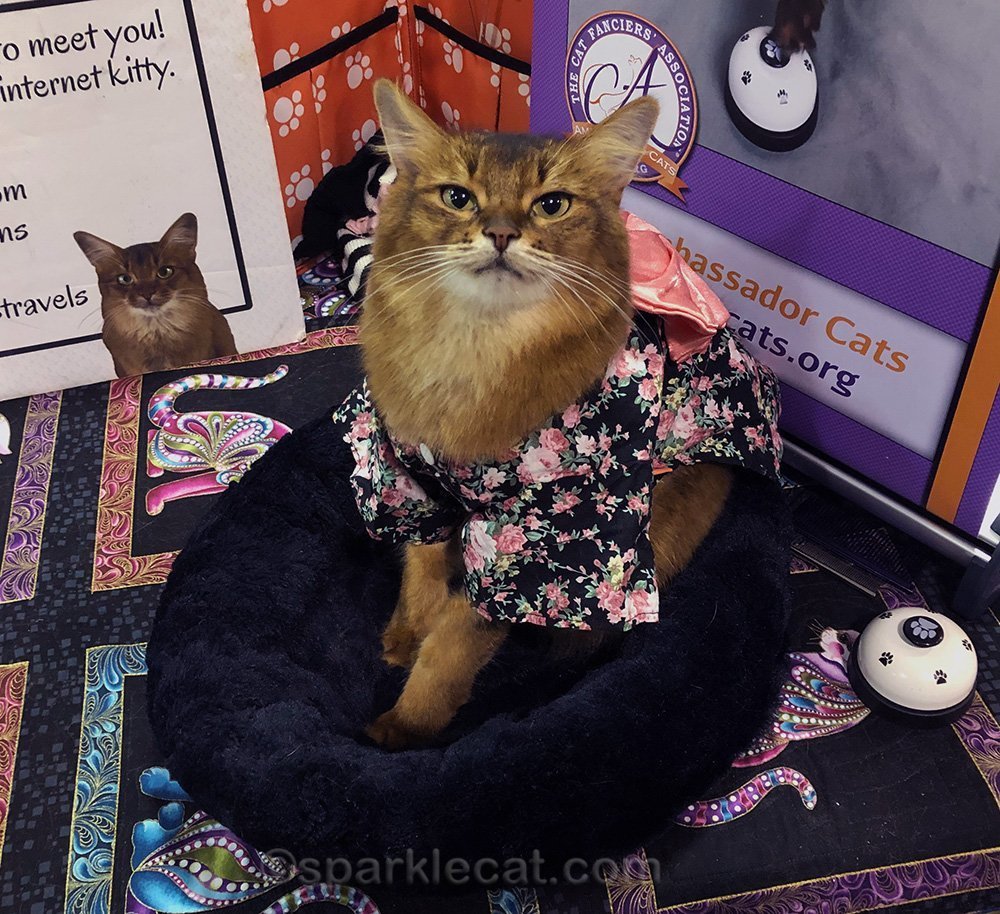 I did wear some of my outfits, including my kimono. 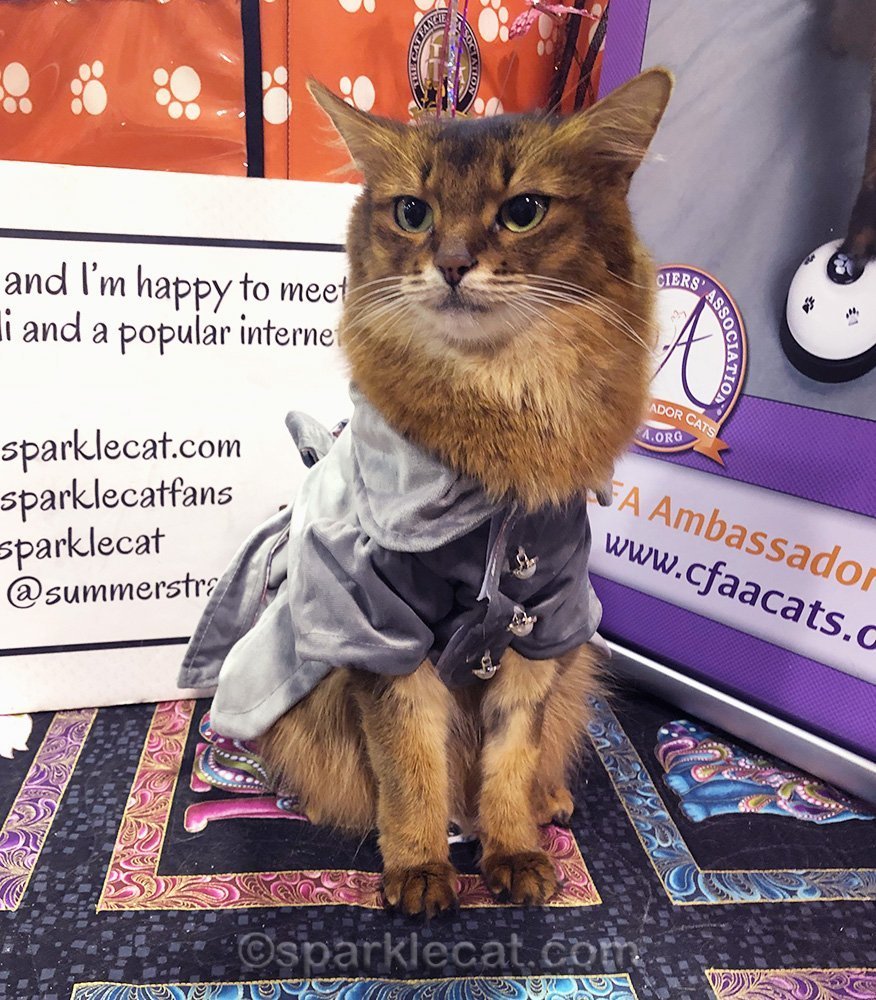 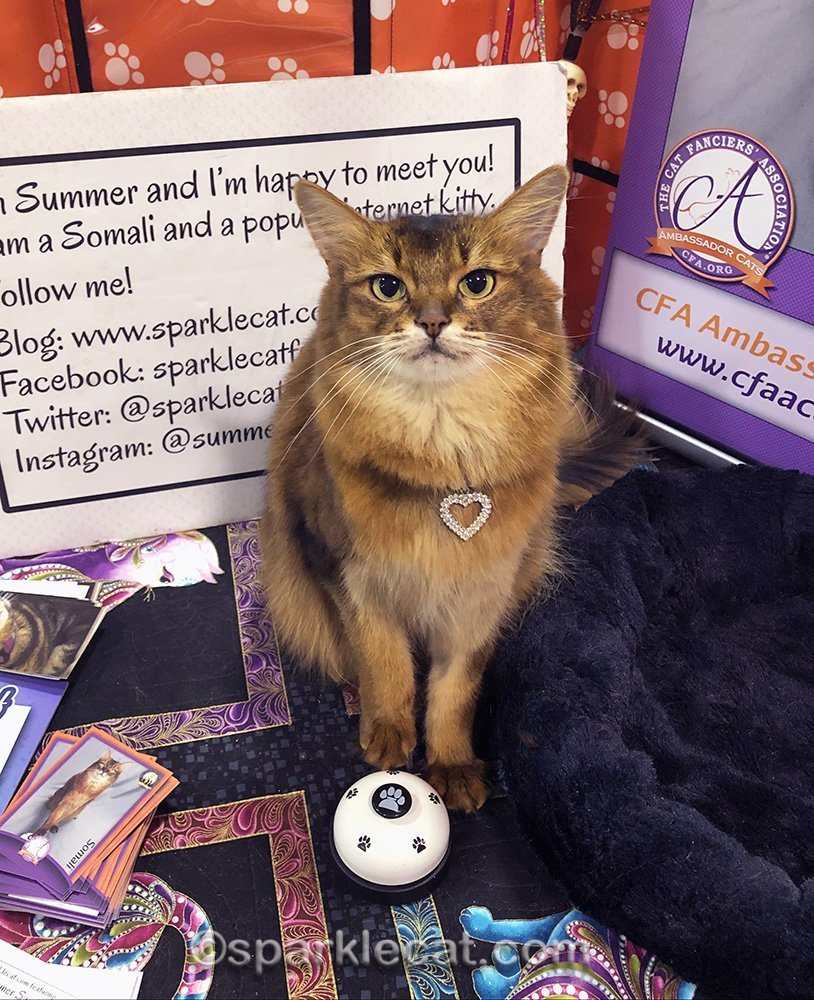 Of course, I had my desk bell — after all, it’s on the banner and trading card photo! As always, people were impressed when I did tricks for them. That makes it even more fun to do them. 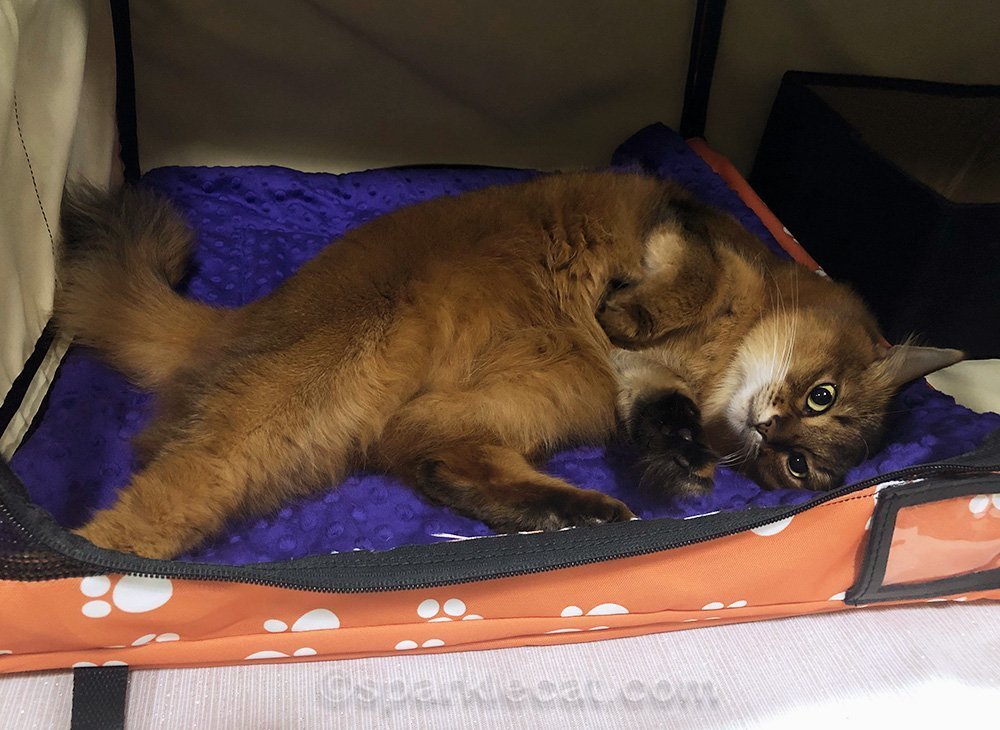 I love the new pad for my shelter! I spent lots of time flopping and rolling on it. But I was always ready to greet people who stopped by. All my human had to do was wave a treat under my nose and I was instantly up! 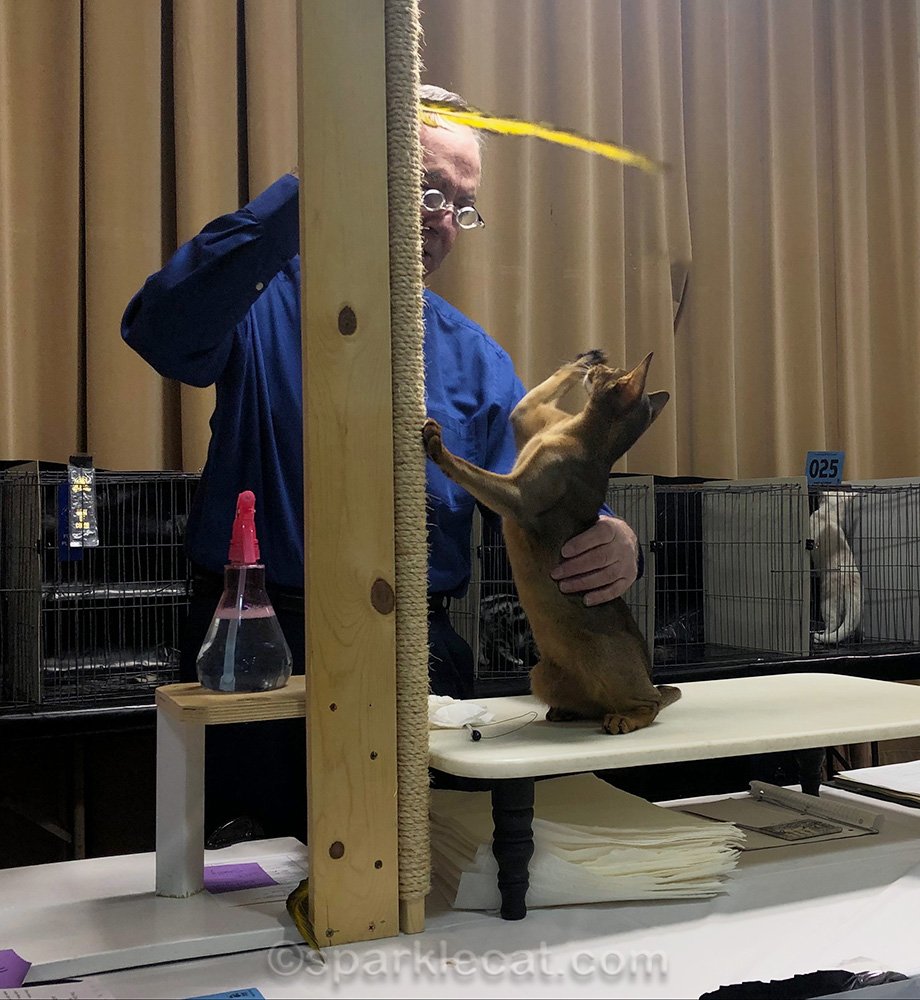 I didn’t have any relatives at this show, but my breeder brought an Abyssinian kitten that is going to be part of her program. To keep up the health and good looks of the breed, she occasionally outcrosses with a good Aby. Mac here is as happy, affectionate and outgoing as all the other cats she has worked with. He’s also a very handsome young guy! 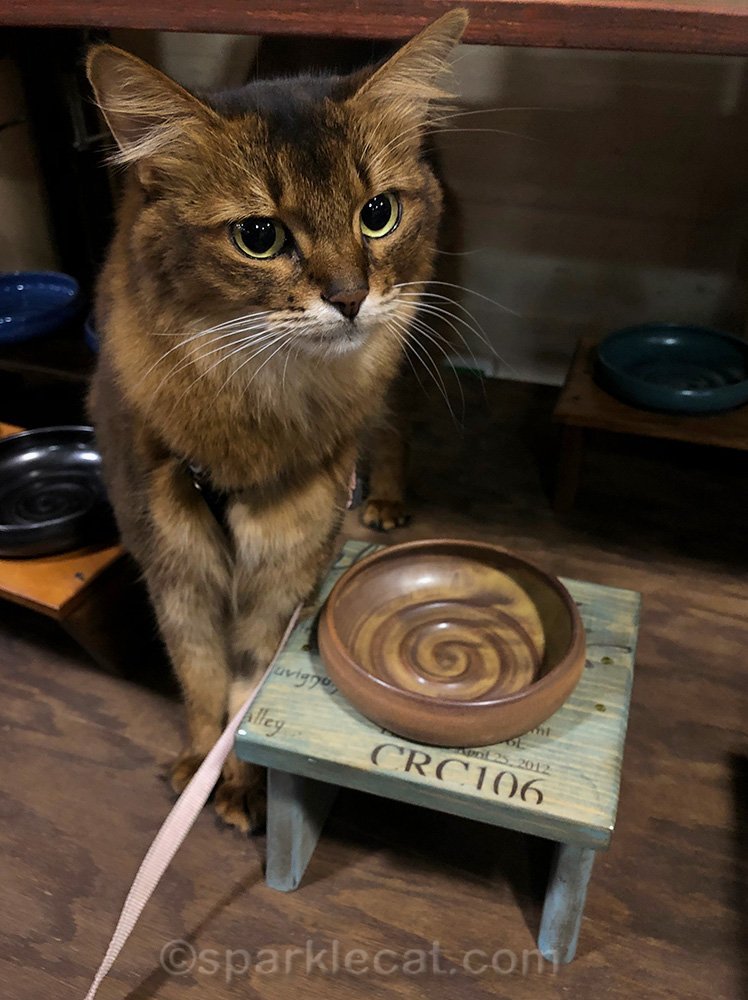 One of the vendors there had these really classy, earthy feeders, beds, and scratchers made from upcycled material. My human discussed maybe having a giveaway on my blog. So keep posted about that! It’ll probably be after the holidays. 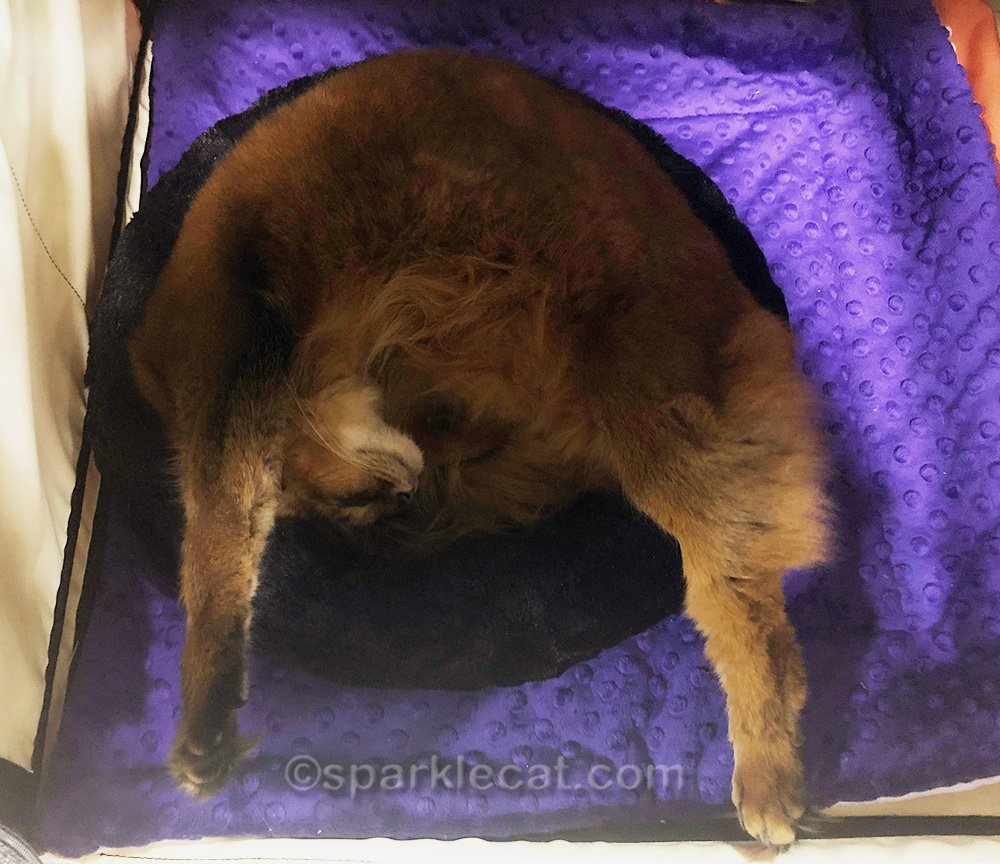 It was quite a day! I was crashed out by the end, but I had a great time. 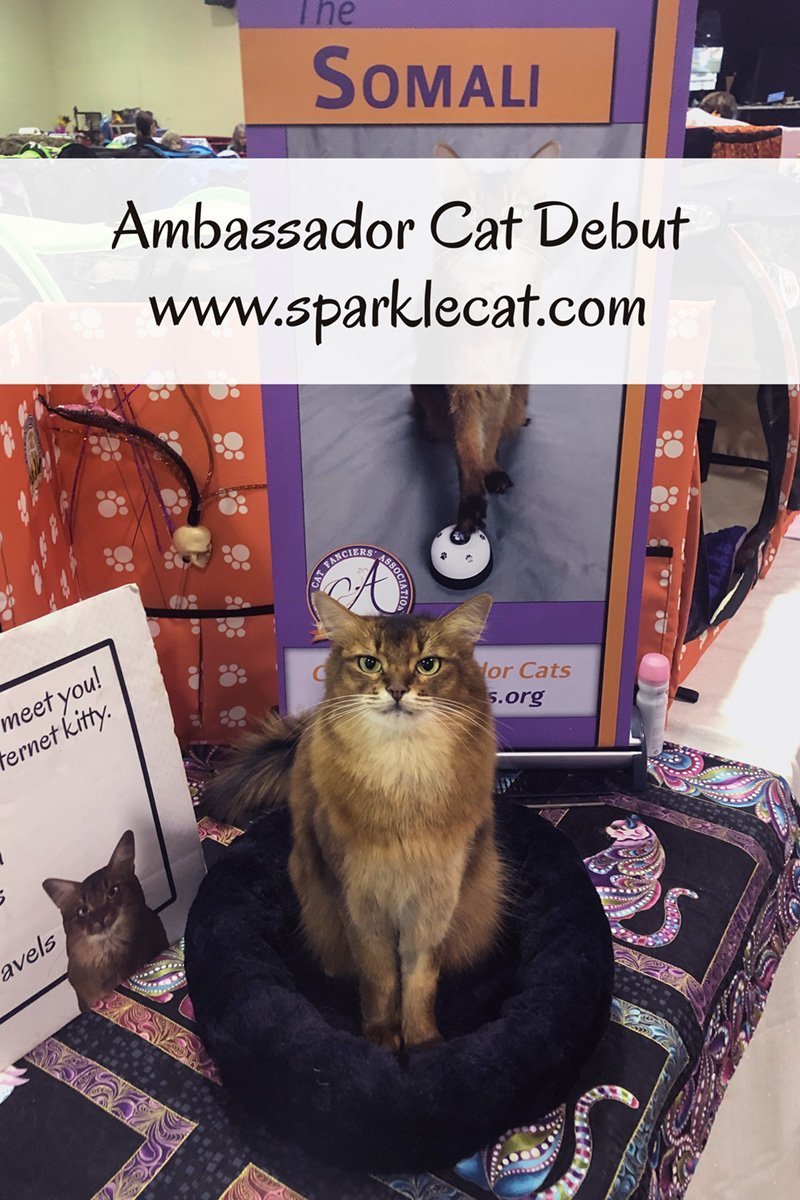