You are here: Home / Diary / Adventures With Litter One 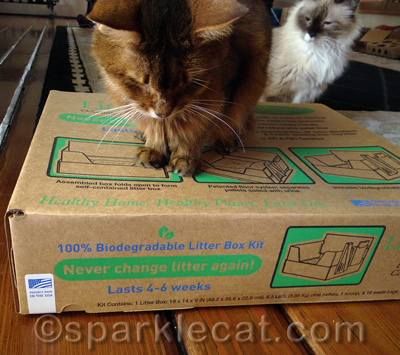 When my human heard about the Litter One litter system, she thought it sounded like a great idea. From litter to container, it’s completely made of biodegradable material, and it is designed so that when we cats pee, the used litter disintegrates into odor free sawdust and does not need to be scooped. The whole thing can be replaced after four to six weeks. 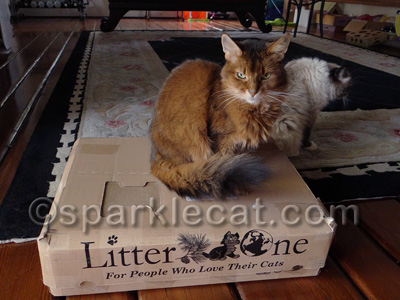 The Litter One humans sent us a box to try out. I find it funny that it says, “For people who love their cats” on the box. It should add, “Also for people who hate changing cat litter.” 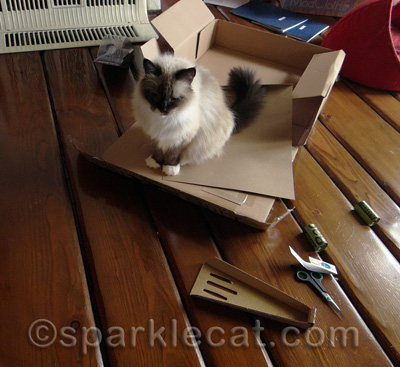 There was some assembly required. 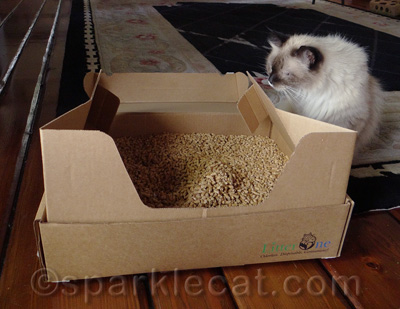 But my human was able to put it together very easily. 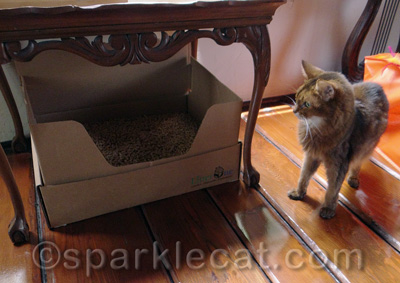 We have never had a litter box in the living room and always need to go downstairs to do our business, so my human thought it would be nice for us to have the Litter One up here. She set it up in a place not far from where we get our afternoon sun puddles. It sat there for a couple of weeks and nobody seemed to be using it. My human thought that maybe under the table was too cramped, so she set it up beside the table instead. 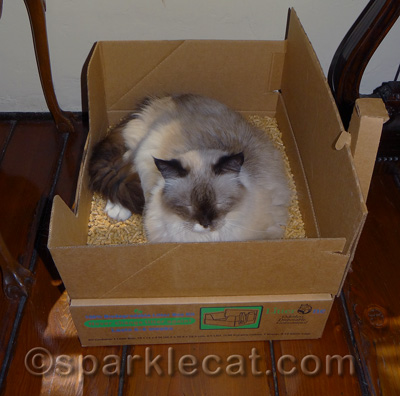 Boodie thought it was a cat bed. My human decided that maybe she needed to make its purpose more obvious. 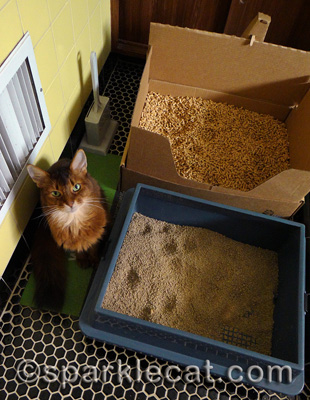 She took the Litter One down to my bathroom and set it right next to my regular litter box, thinking that maybe we would get the hint. She even played a nasty trick on us by letting our regular litter box get a little messier than normal. 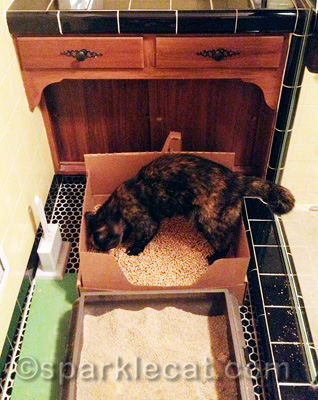 Late one night, she thought she had struck pay dirt when she saw Binga digging around in the Litter One! You will have to excuse the picture quality because it was dark and she only had her iPhone. 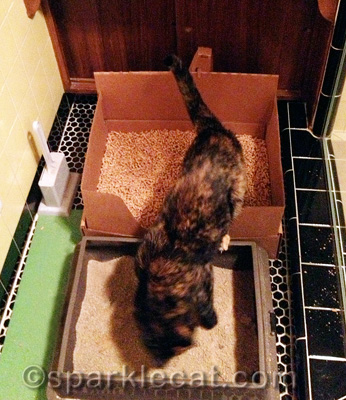 But after a few minutes of digging and kicking litter around (a Binga specialty), she used the regular litter box instead. 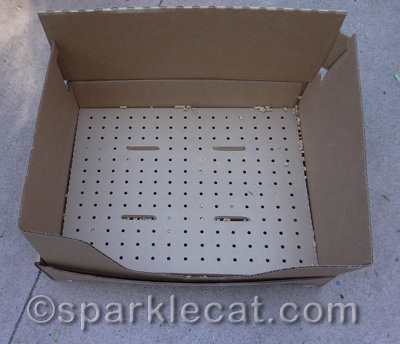 Finally, after a month and a half, my human gave up. She emptied the litter and it looked completely unused. She pried open the false bottom and there was maybe one tiny, tiny pile of sawdust, indicating that perhaps someone had tried it out.

My human was really disappointed because she thinks that the Litter One litter system is a pretty great idea. Mainly, the three of us never really considered the pine pellet litter to be, well, litter! If you have a kitty who might like pellet litter, then this would be a good setup to try out, especially since it is biodegradable and a safe, eco-friendly product.

Note: I was given the Litter One litter system for free to try out.