Do you know what today is? It is my 6 month birthday! Maybe my human will take me to the pet store and let me pick out a toy. 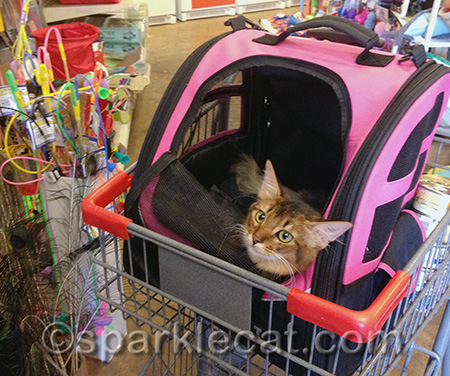 I am also feeling very special because I got my new TICA registration certificate with my human’s name on it! That means that when she takes me to cat shows, she is official. (I was already official — before now, it had my breeder’s name where my human’s name is now.) My first show with my human is next weekend and I am looking forward to helping her, since I am way more experienced at being shown than she is at showing. 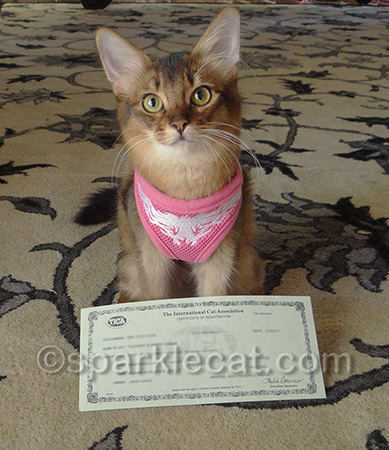 I have even more to show you — my human got her Certificates of Excellence from the Cat Writers Association contest. She earned seven this time! The cool thing about the Certificates of Excellence is they are exactly what they say they are — writing and art that she entered in the contest were judged to be excellent. With the Certificates of Excellence, you are not competing against other writers, but judged on your own merit. The competition part comes when the final scores for each piece are compared to others in the same category. The piece with the highest score in each category wins a Muse Medallion. We won’t know who gets the Muse Medallions until the CWA conference at Barkworld in early November. 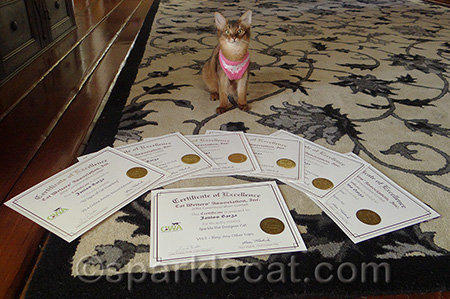 The one Certificate that made her the happiest was this one, for Sparkle’s blog. Yes, it is my blog now, but when it was being judged and scored, it was still Sparkle’s. So she earned it. It really should just have just her name on it, and not my human’s. 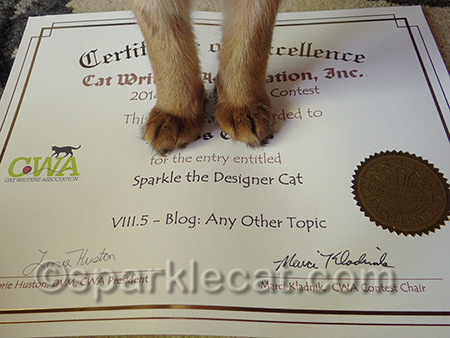 Binga was happy because her picture got a Certificate of Excellence in the Photographic Art category. This image is available in the Designer Cat Zazzle shop as a card, like the one you see here, and also on postage stamps! 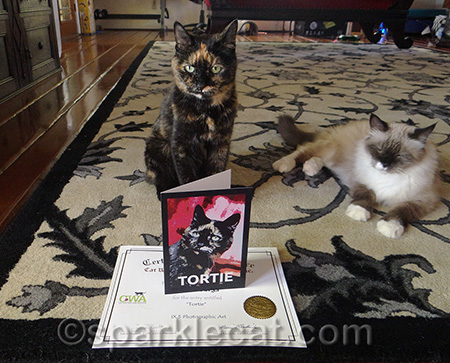 I just want to say — I think she is taking this smell test thing a little too far. 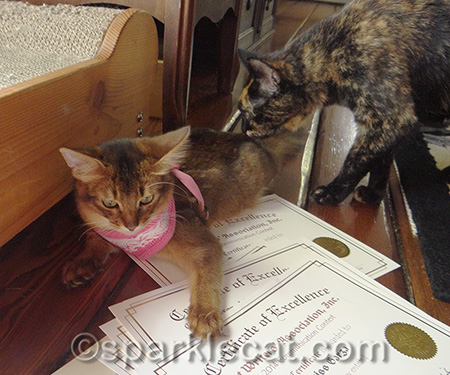