You are here: Home / Diary / A Fake Candle Candlelight Vigil 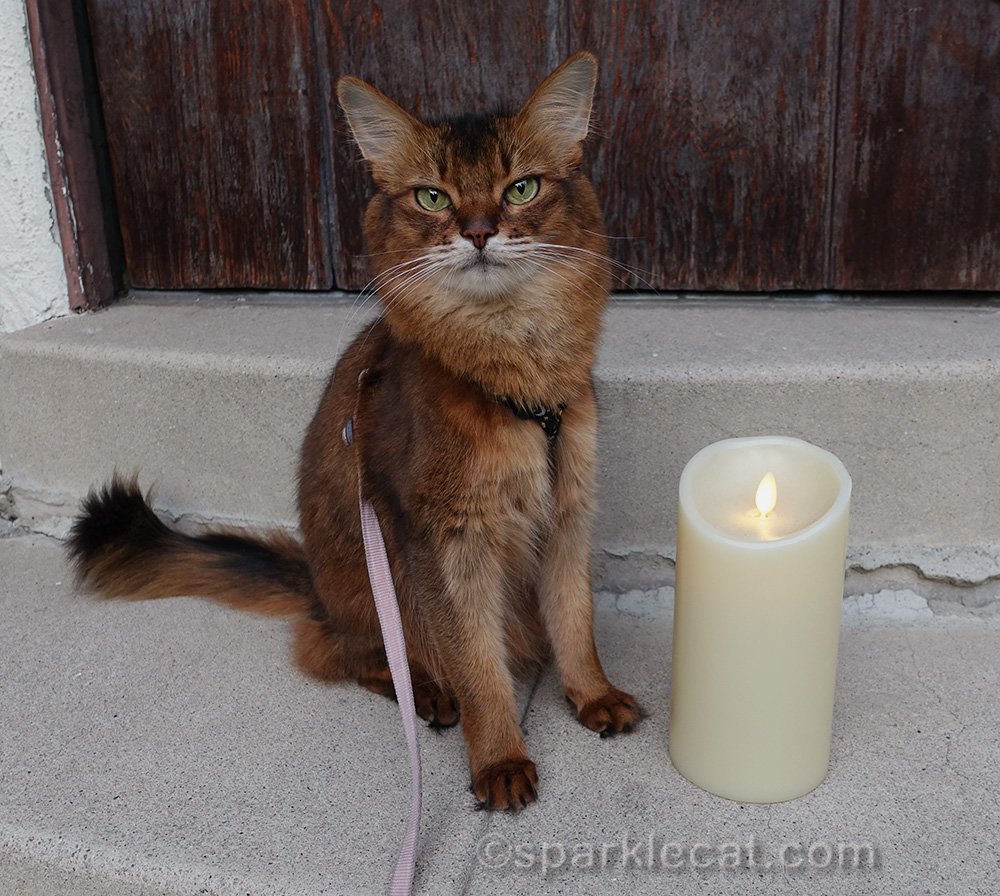 This was originally meant to be a serious post about sending out love and light in response to all the unrest and violence going on in the United States, and even around the world. Our neighborhood invited everyone to hold a candlelight vigil in their front yards. I think we were the only ones who participated on our block. But my human took some photos and video. Well, the video was serious for about 20 seconds before it became something totally different. See for yourself. 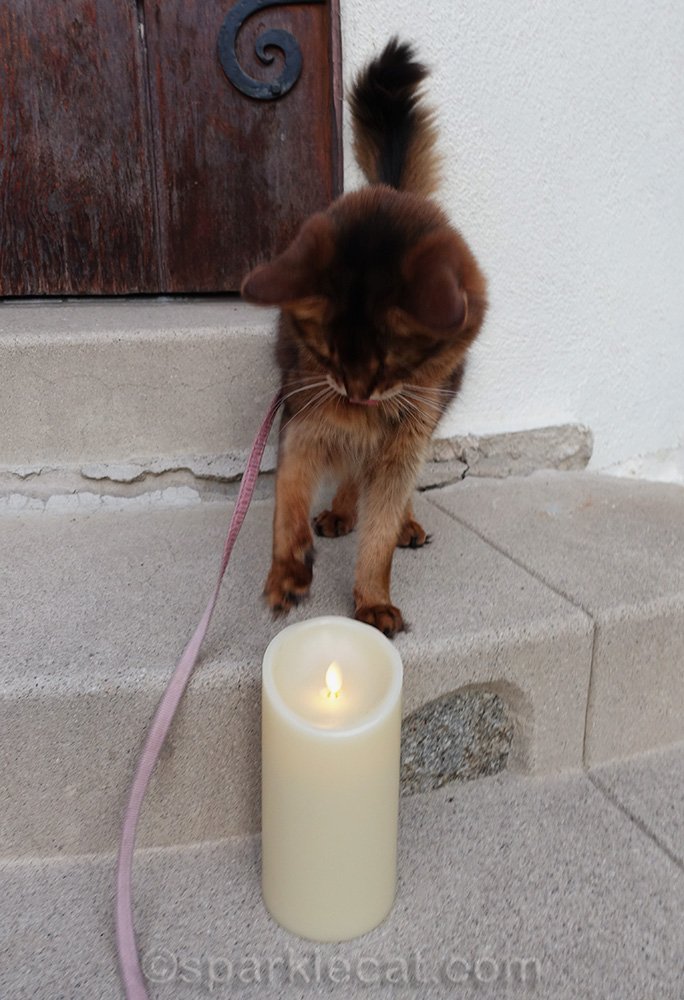 Before long, I started, um, messing with the fake candle. 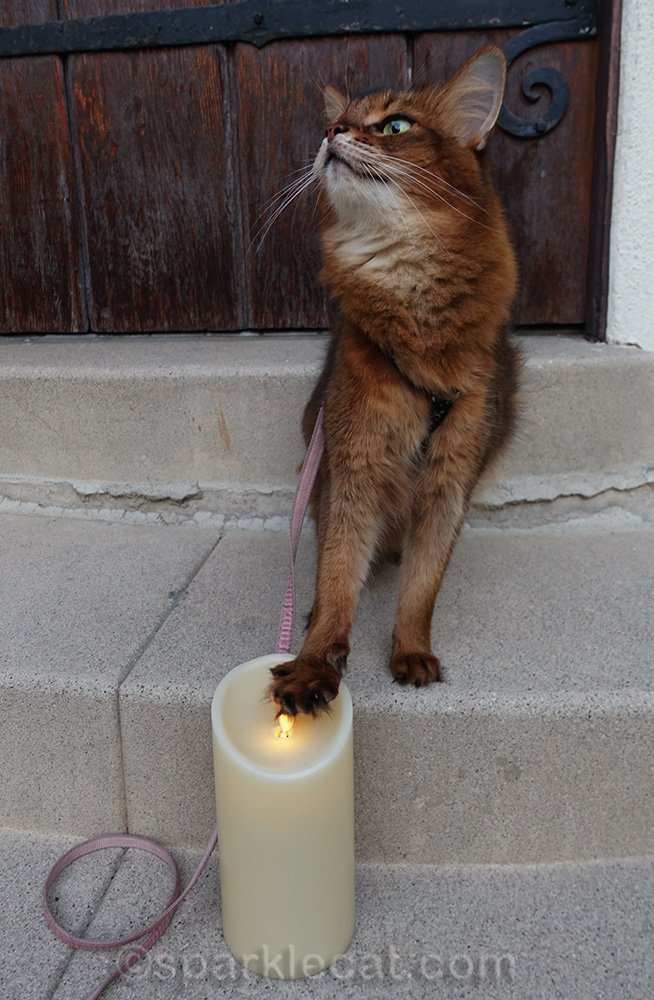 I guess it is pretty obvious why my human does not own one real candle. Anyhow, stay safe, and don’t let hatred and negativity obscure an important message! 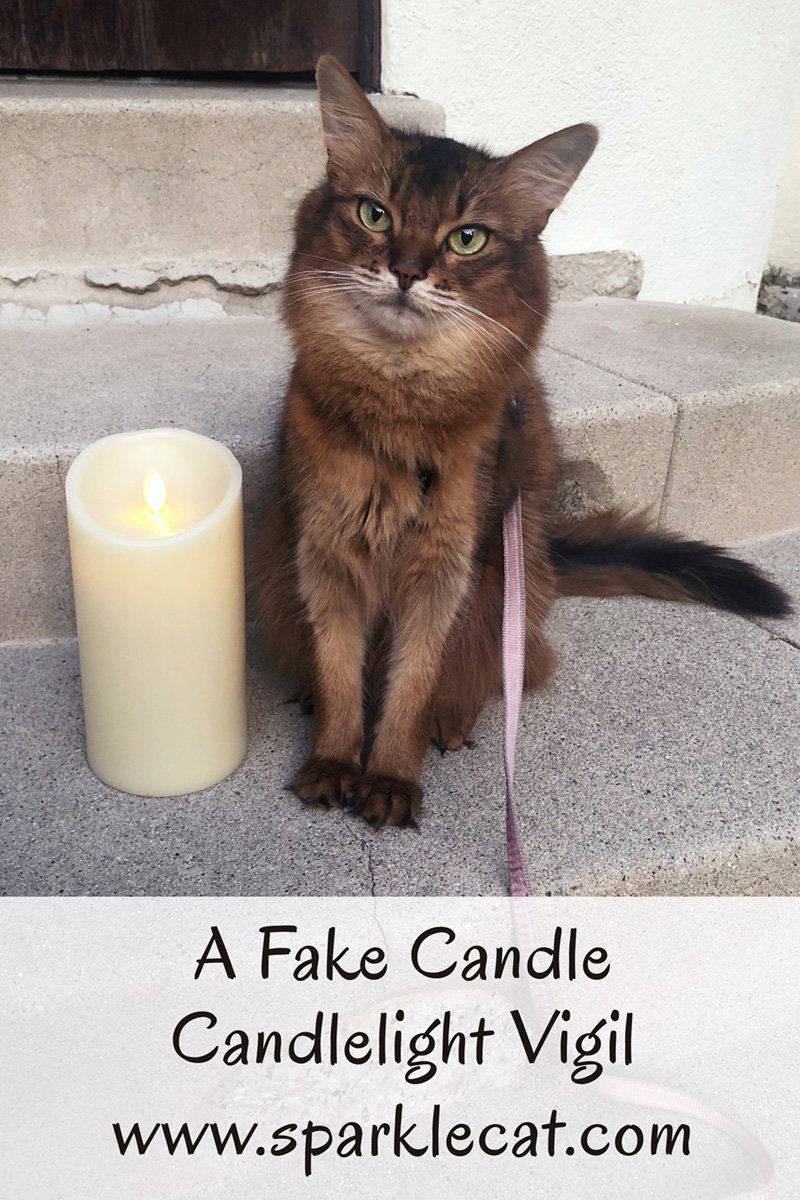