You are here: Home / Diary / A Busy Day at the Big Hospital 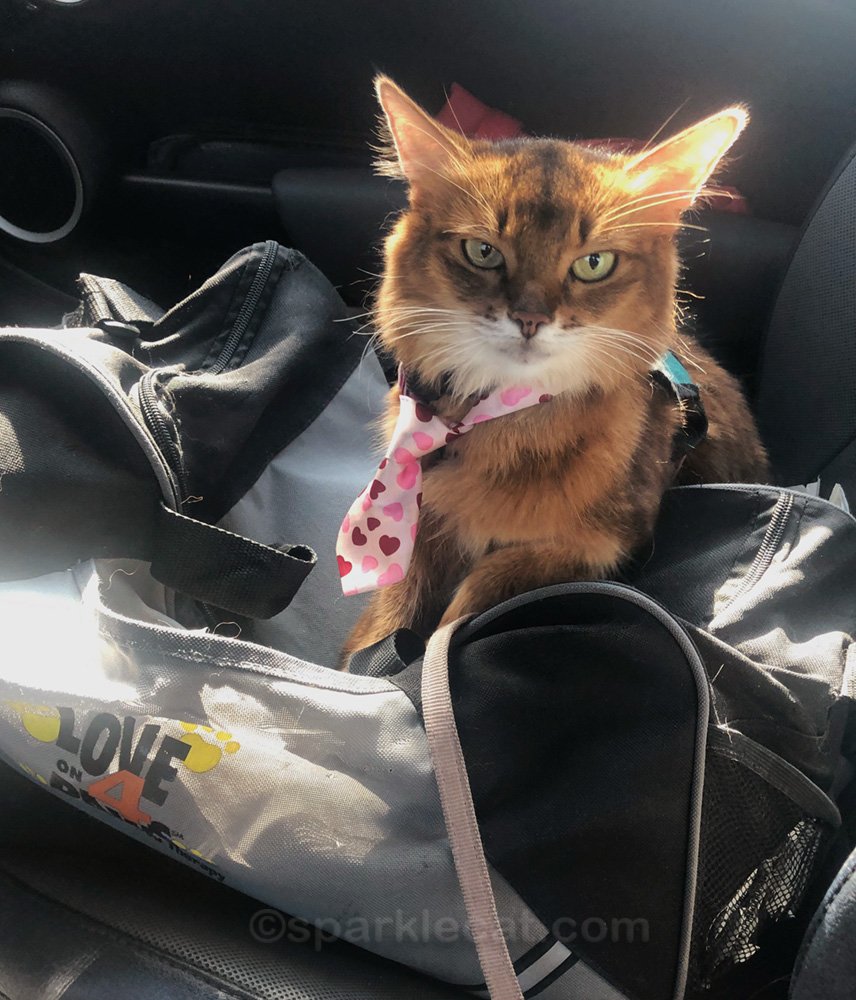 I had a busy day at the big hospital! It started while my human was signing us in. Before she was even done, some Spanish speaking women were coming up and petting me. One asked if it was okay to take photos, and my human said ¡Si! So they both pulled out their phones while I posed for them.

Once we were done in the lobby, we headed for Pediatrics, except I decided to make a side trip to the waiting room. I do that sometimes — my human wants to go one place and I want to go another. Sometimes, like this time, she let me win. So I visited with some people in the waiting room, including one man with the most awesome leather shoes! I started rubbing my face up against them because they smelled so good. His family found this pretty amusing.

I had several kids in Pediatrics to visit. The first patient we saw literally filled the room with her smile when she saw me. Even though she had dogs at home, she’d always wanted a cat, so she really enjoyed spending time with me. And I enjoyed her too. I curled up next to her and made happy paws. Well, I do that with nearly every patient, really. But I did like her a lot.

The second teenage girl didn’t have any pets at home. In fact, she said that her mother hated cats (although the mother, when she came in, was very nice to us). She loved having me visit with her, and told us that when the day came and she was on her own, she’d get a kitty “even before furniture.”

The last patient we saw in Pediatrics was a boy, a few years younger than the girls we saw. He was sweet and intelligent, and he had cats at home, so he knew just how to pet me and relate to me. His mother was on her way to the hospital so he Facetimed her and showed me to her. My human could hear her squealing over the phone. Sadly, we weren’t able to stay long enough for the mother to get there. We had to be at Behavioral Medicine.

When we visit Behavioral Medicine, we have to be there at a certain time. We show up and they seat us in the activity room and fetch the patients. This time there were two women. Often the patients are happy to see me, but these two women didn’t show a lot of enthusiasm. One petted me a couple of times, and the other was withdrawn and didn’t seem to care. But even though I didn’t get much of a reaction from these women, I get the weird feeling that my being there made a difference to them. It’s one of those things you just know.

It was a good day. 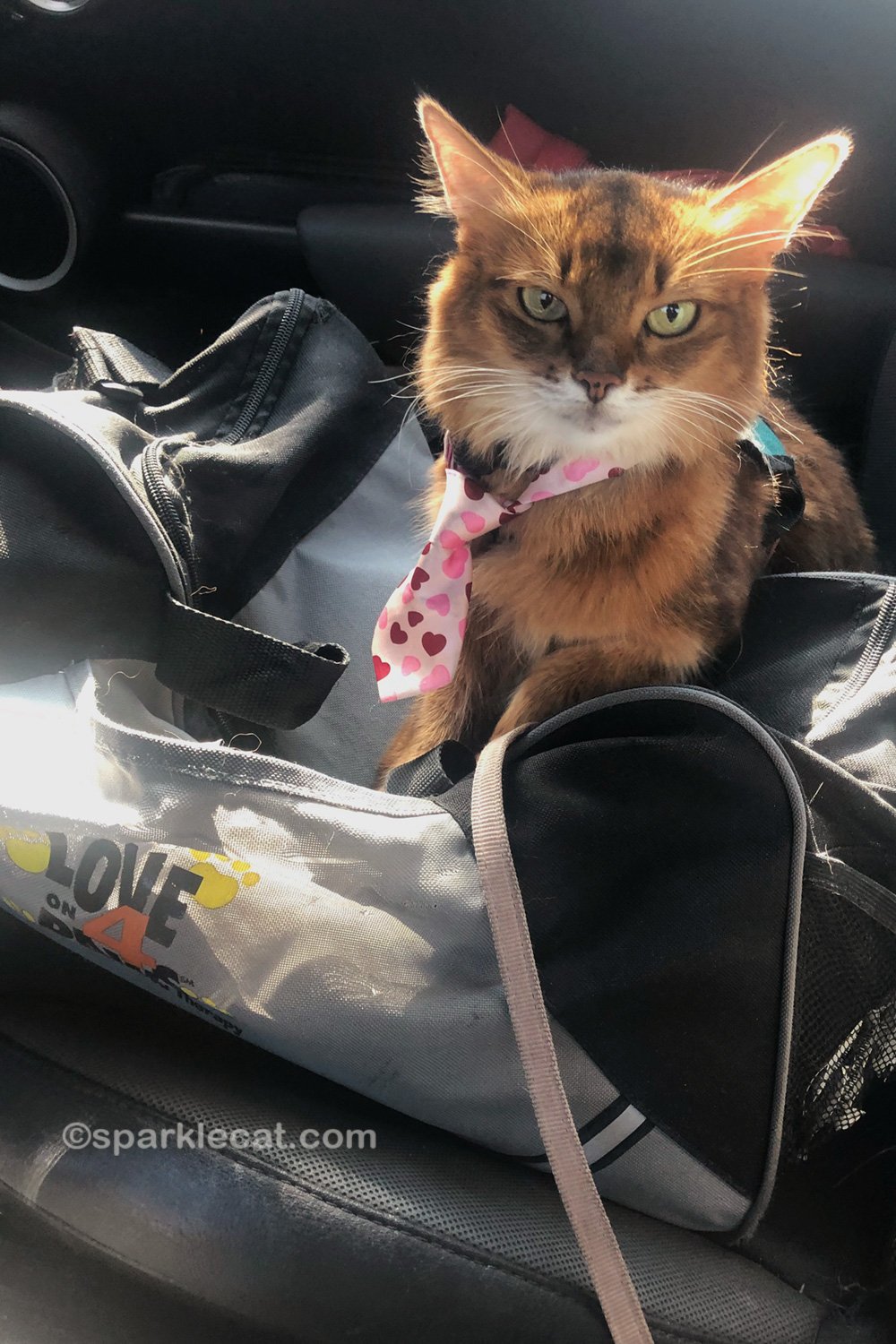